I’m admittedly a little behind in sharing Mickey’s Mixed-Up Meal – the silliest April Fools Day breakfast on earth!! The littles awoke to find invitations sitting beside their beds down in Savannah… 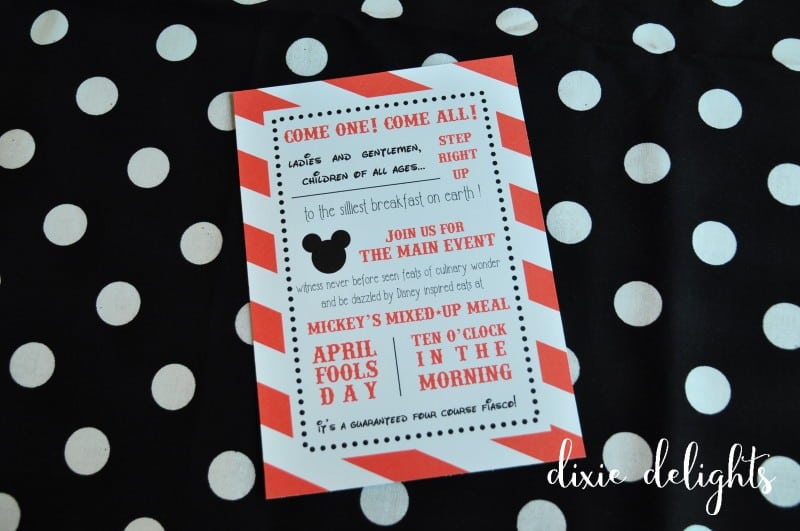 Just like last year, when they came to the table it was set with the menu and course selection cards. 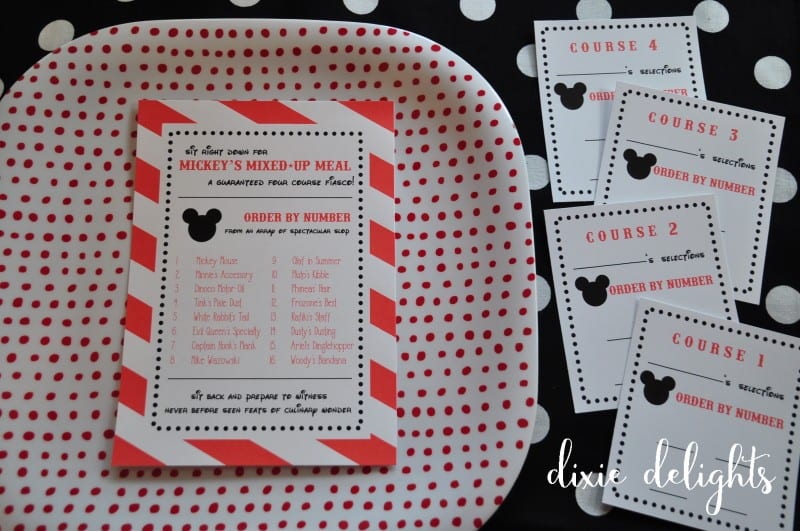 Based on the silly, Disney inspired menu descriptions, they placed their orders for all four courses at the beginning of the meal. They had to get each item one time, with no duplicates. 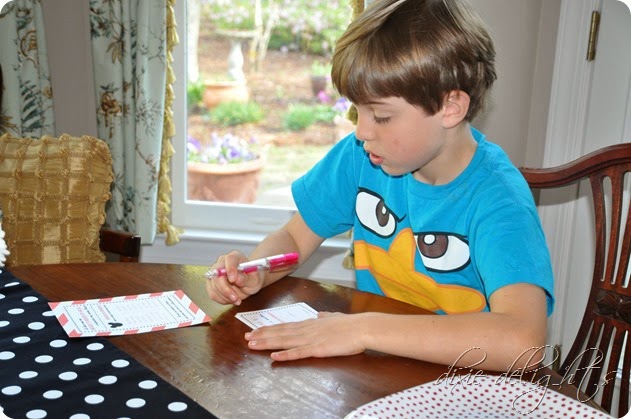 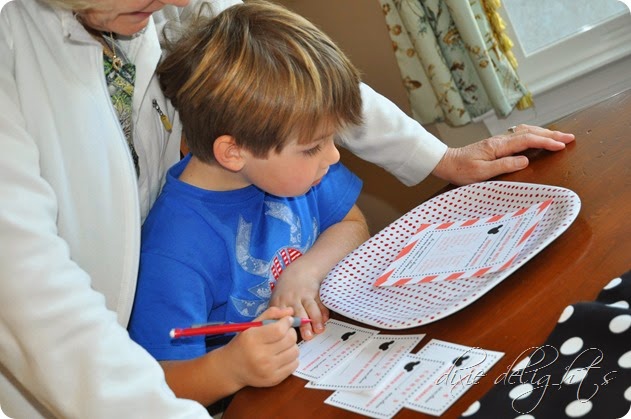 Mother, Daddy-O and I prepared everything earlier in the morning. We served one course at a time and prepared the next course while they were eating the previous one. There were giggles all around as each plate arrived. For instance, this one consisted of Ariel’s Dinglehopper (fork), Mike Wazowski’s eye (marshmallows had to stand in for the eggs I forgot to boil), Pluto’s Kibble (granola) and Rafiki’s Staff (straw). 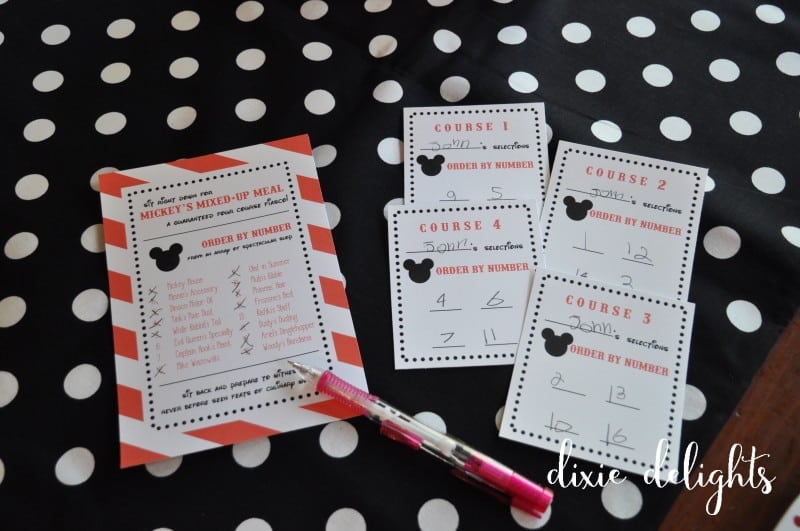 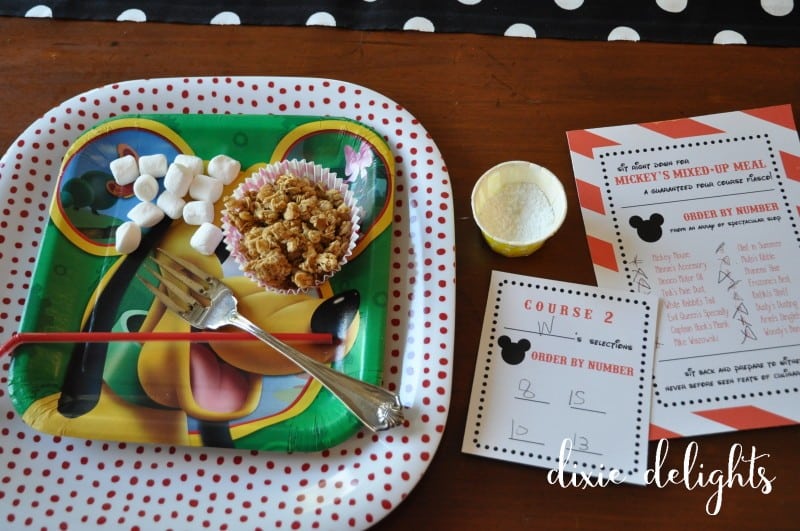 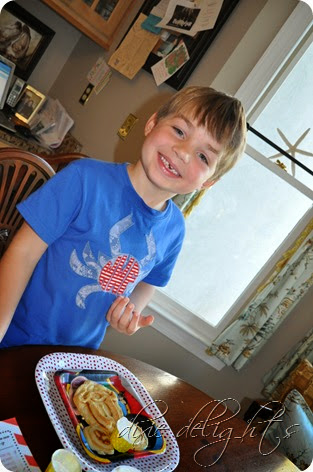 All together and on a normal day, the meal would form a breakfast of waffles topped with strawberries, syrup, powdered sugar and whipped cream, bacon, a boiled egg, apples, yogurt with granola, and orange juice. Except on April Fools Day you never know what you’re going to get and when you’re going to get it!! 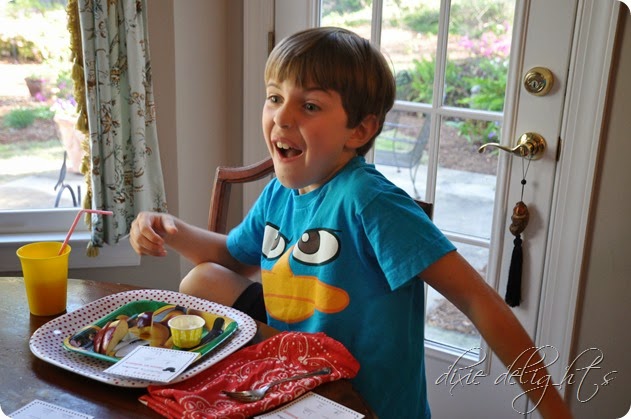 At the end of the meal I revealed some very exciting news that was NO April Fools joke… that rather than heading home for the rest of the week, we were picking Honey up at airport and spending Tuesday to Sunday at Disney’s Hilton Head Island Beach Resort!!! News that was met with hoots and hollers and supreme excitement!!!! 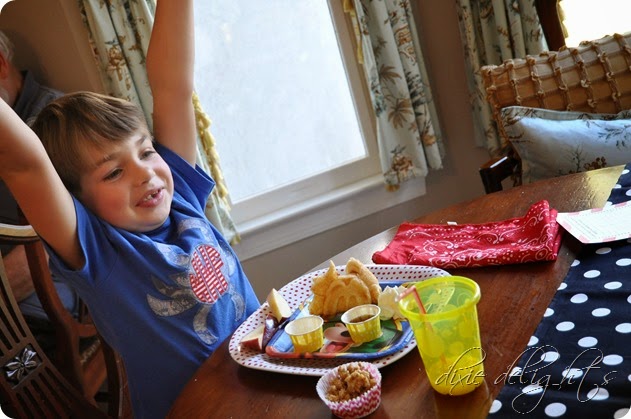 You can find the free printables and my original post for the meal here. Part two of our Spring Break escapades starts tomorrow!

Everything April Fools… No Foolin’