It’s hard to believe, but it’s true… John turned fifteen years old today! I am so proud of the young man he has become, and for the supreme blessing of being his mom. He’s driven, hard-working, kind, a leader, easy to befriend and has a pretty fantastic sense of humor emerging.  I often glimpse him walking into a room and he takes my breath away. How did my precious little boy rush so quickly through the kid years to become *almost* a man?!

As you likely know, I stopped sharing daily ins and outs of his life between fifth and sixth grades. I figure his story is (mostly) his to tell. Every now and then, like on his birthday, I take the liberty of bragging about him.

He is now attending face to face high school and is almost like a new kid! He loves it and, as the first semester wraps up, is very close to bringing home straight A’s! He’s worked crazy hard for it and it really has not been easy. He continued with the cello (year four!) and the thing I miss most about virtual school is not hearing him practice at home every afternoon. On the sports front, he tried out for the same metro Atlanta elite travel lacrosse team again this year and is pleased to play for Thunder 2024 once again. He is conditioning with the high school lacrosse team and looks forward to tryouts in January. His incredible group of friends “trained” him all summer and, to our complete shock, he tried out for and MADE the freshman basketball team at his high school!! Basketball has never been a primary sport for him, and he’s never played anything more serious than a winter rec team. In his first game last week he was recognized as player of the game!!! We credit his core group of friends for giving him the training, support and confidence to go out and give it his all. Speaking of those guys, is there anything greater than seeing your teenager make good friends (with same family values) you know they’ll have forever?! John is extremely active with our church youth group and is preparing for his first communion. He tries for his learner’s permit on Saturday so keep your fingers crossed that goes well. He has not been as committed to studying for that as he is to sports and school. Oh, and I’d be remiss if I didn’t note the hours and hours he logs on the xbox every day. That has not changed.

He sounds like the model child from this recap, but remember I am his mother and this is his birthday. :-) Parenting a teenager has had its moments. It’s frustrating, inspiring, maddening, joyful, challenging, easy, rewarding and so on and so forth. It is surreal to reach the point in parenting a child where you vividly remember being that age.

I’ve said many, many times that John saved me from myself when I lost his brother. I hope he knows that Whit is the greatest gift I’ve ever been able to give him. I know from my own Sister that a sibling’s love can stand the test of time, challenge, heartbreak, loss, sickness, confusion and despair.  Sure, they fight and sometimes they just plain ignore each other. But every now and again, I find them together, as thick of thieves, and it is in those moments that I fall to my knees in thankfulness.

With his fifteenth falling on Thanksgiving we had a FULL day of food and festivities. Breakfast kicked off on the porch with the birthday boy’s request… blueberry and chocolate chip muffins. No matter how old they get, I will still bring out the elf, Scout, in his birthday clothes.

We were able to pull off a huge surprise by securing the new xbox for his big day! Honey had a coworker with an extra that sold it to us at cost. He was absolutely thrilled!

We celebrated a modified Thanksgiving and birthday with Honey’s family and it was SO nice to see these faces! (Details on that meal soon!)

John’s usual birthday dinner request is hibachi. Well, we are creating that meal home and plan to enjoy a night of DIY Japanese, ping pong, football games and hot tubbing with Sister’s family! I made his favorite chocolate cassis cake for dessert. (Details on our hibachi coming soon too! I have got to get off this computer!)

We face timed with Mother and Daddy-O multiple times today to keep them as much a part of the celebration as we could. It certainly isn’t the same, but I’m feeling pretty thankful for technology today too. 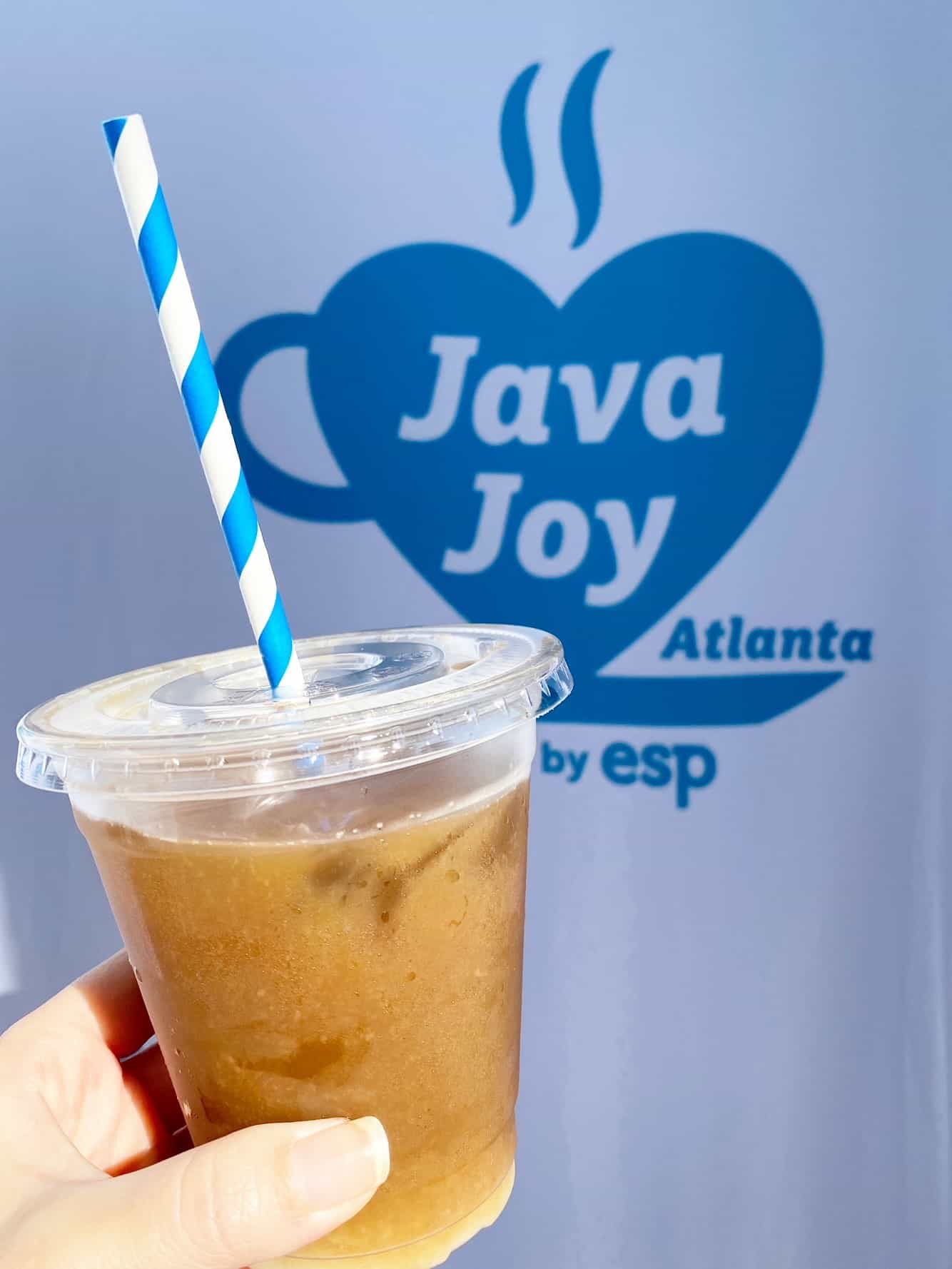 One of my incredible neighbors organized a morning of Java Joy a few weeks ago! Java Joy employs adults with disabilities, with the remarkable vision to become the largest employer of adults with developmental disabilities in the United States. Java Joy is available in three Georgia cities (Athens, Atlanta, Rome) to set up their mobile… Read More

Last October I asked y’all for suggestions on suspenseful and thrilling type reads and so many of you recommended The Silent Patient by Alex Michaelides. My library didn’t carry it even after a few months of stalking. It eventually fell of my radar. Nearly a year later, I was thrilled to see it pop up… Read More

By dixiedelights | Filed under Uncategorized | Tags: reads | Leave a Comment 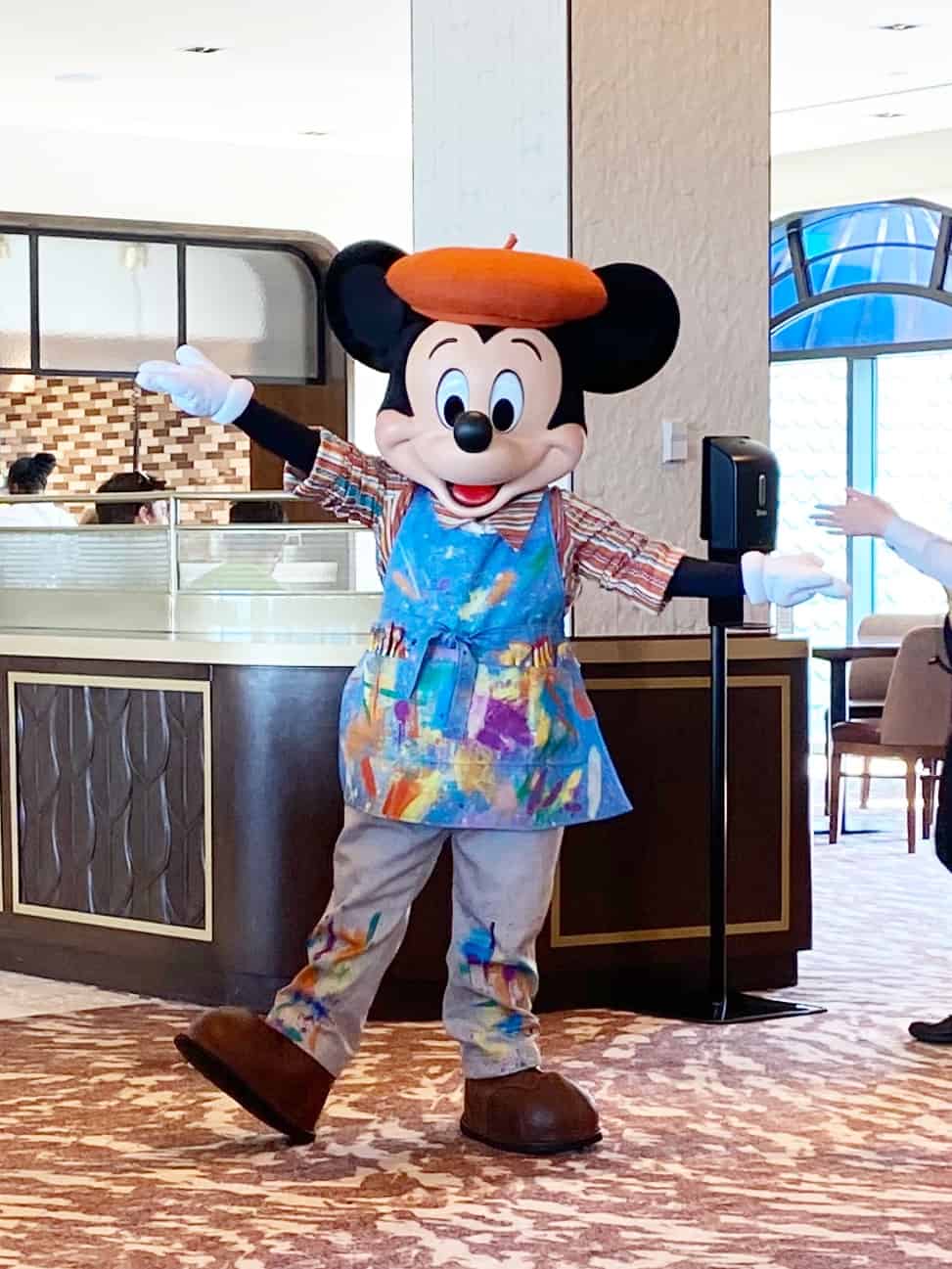 When we stayed at Disney’s Riviera Resort last month, one of the highlights was Breakfast à la Art with Mickey & Friends at Topolino’s Terrace. This beautiful restaurant offers stunning rooftop views, a delicious menu, exceptional service and modified character interactions! Breakfast is a price fixe meal with a shared pastry basket for the table… Read More 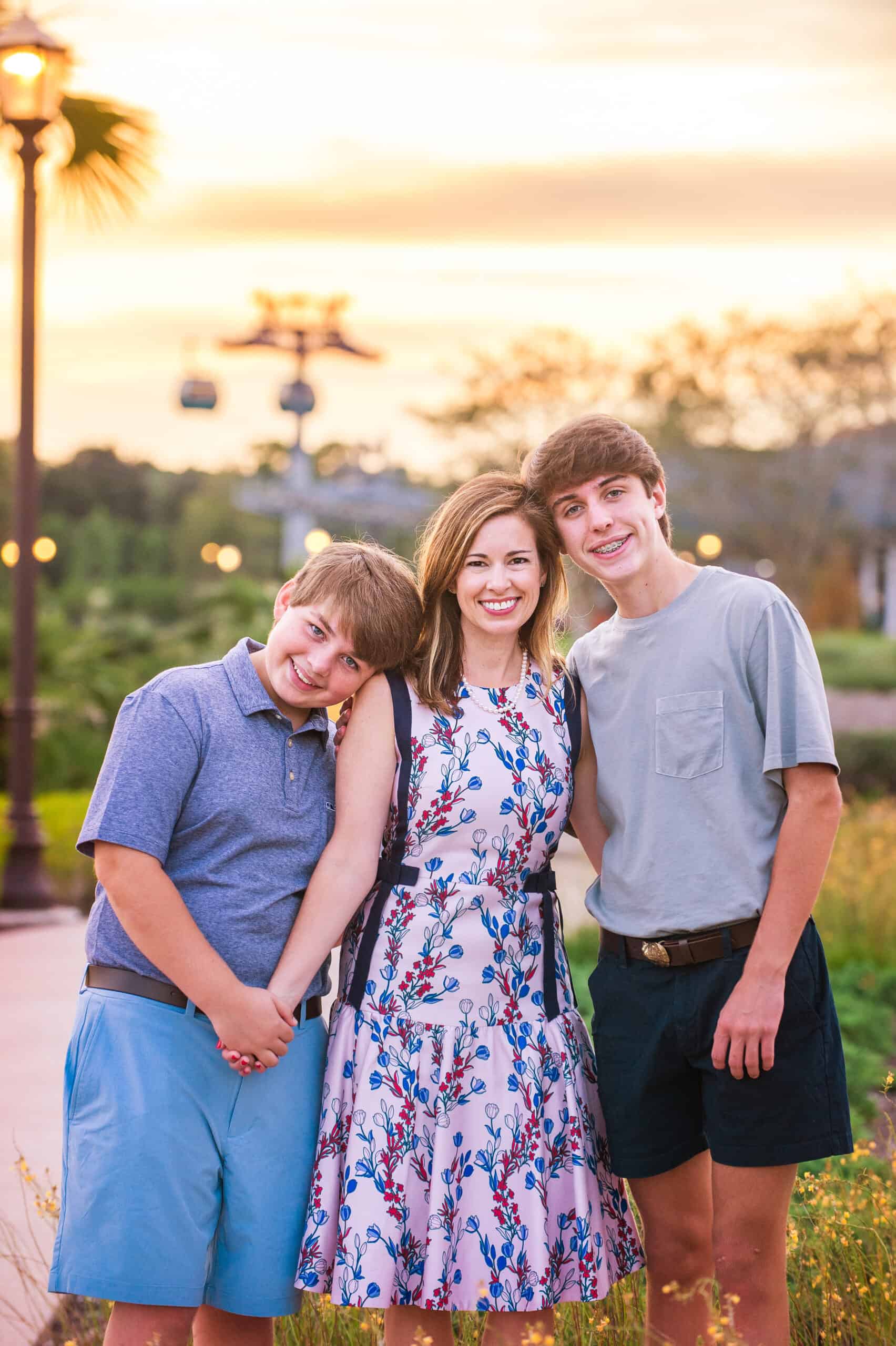 On November 22, 2007, I delivered my second son, Matthew, and he was stillborn.  It was Thanksgiving day. At that point, I had known for a couple of days that he was not alive, but we had to wait for a room in fetal demise since I didn’t go into labor on my own. When… Read More 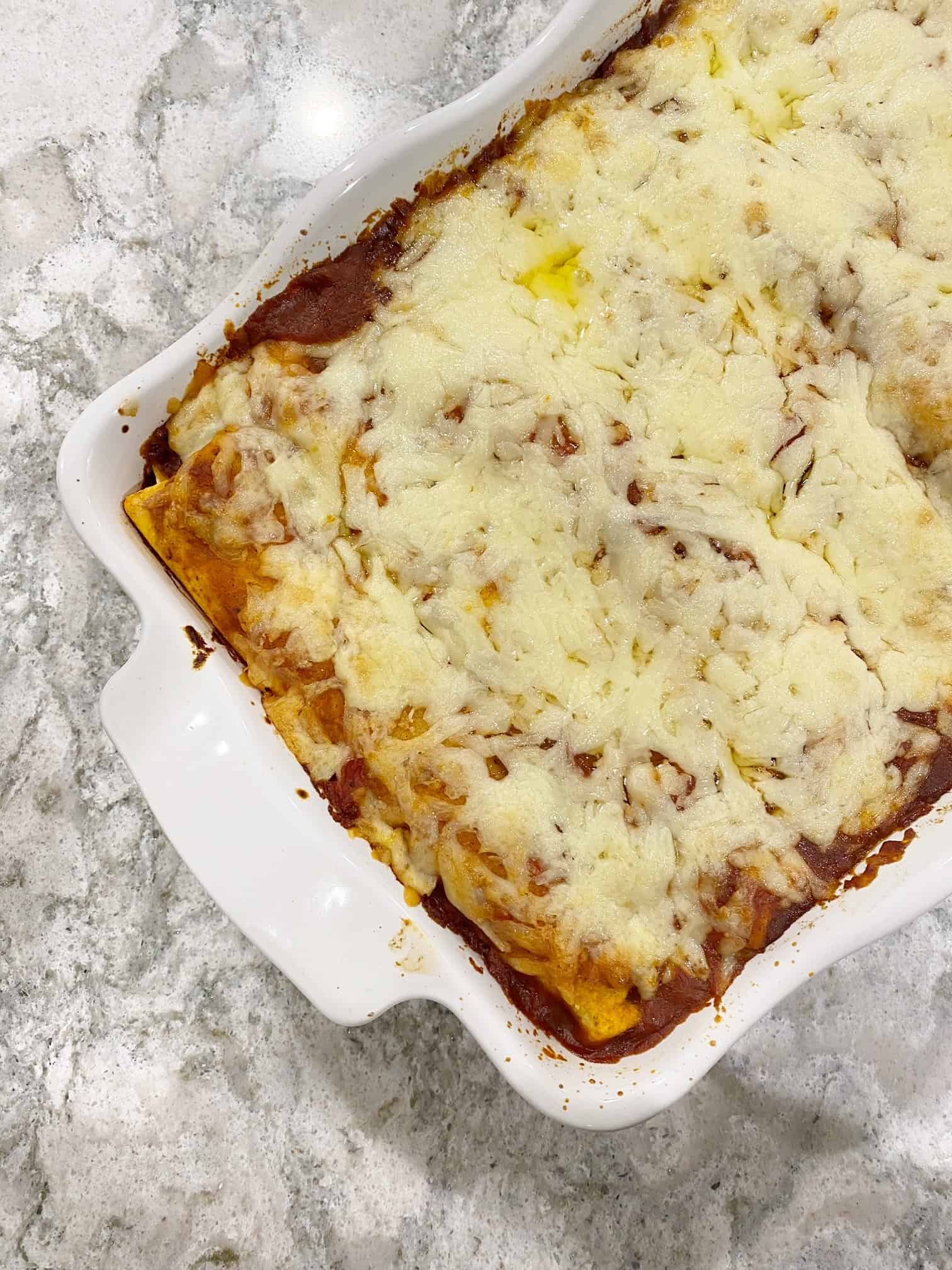 I haven’t *quite* lost my mind. I know it’s Saturday but decided to Sunday Supper a day early. I dubbed these “gourmet” chicken enchiladas because they have a delicious, smoky, spicy flavor and are more involved than my usual Mexican fare. After all, the sauce is homemade and multiple pots and pans are required. We… Read More 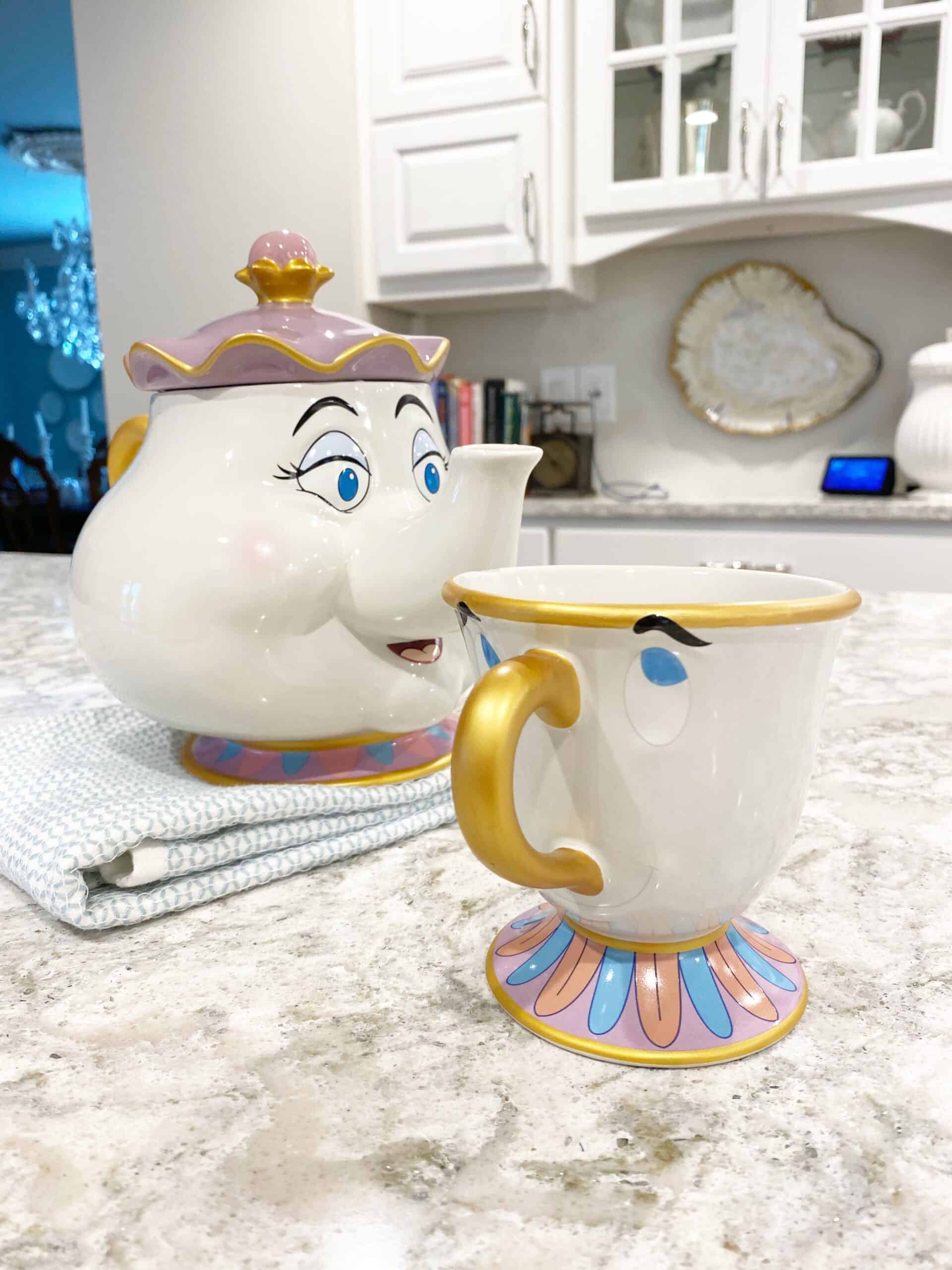 Beauty and the Beast is my all-time favorite Disney movie. I have enjoyed my Chip teacup for years, and when I saw Mrs. Potts I fell in love. This duo has been bringing a little more magic to my days this fall. I can’t help but happily hum “tale as old as time” as I… Read More

John turned fifteen years old today! I am so proud

I only hope that we don't lose sight of one thing

Tucked away back in the corner of Muppet Courtyard

Not too many additions to this year’s Christmas

These two - thankful for them every day but always

I am always enamored by people that do videos of t