Well, y’all, we’ve been social distancing at home since March 13. Wowza! That’s a lot of togetherness. Other than walks in the neighborhood and playing outside, we’ve left the house twice for groceries. I’ve pulled out ALL the board games over the last two weeks and have received quite a few questions on Instagram about our favorites. The key thing I look for in a game is something easy to learn, requires a little skill and a little luck, and that is extremely enjoyable for kids AND adults.

We’ve been playing Ticket to Ride for years and it ranks as our #1 board game ever! It is easy to play and I’ve been professing my love for it since 2014. The price tag is steep as far as games go, but we’ve made our money back a hundred times over in the hours of entertainment. We also have and play the Ticket to Ride app frequently, but especially on road trips.

With elegantly simple gameplay, Ticket to Ride can be learned in under 15 minutes. Players collect cards of various types of train cars they then use to claim railway routes in North America. The longer the routes, the more points they earn. Additional points come to those who fulfill Destination Tickets – goal cards that connect distant cities; and to the player who builds the longest continuous route.

Catan comes in right after Ticket to Ride for us. We’ve played this one at least monthly since 2017 so it also has longevity. It is easy to learn and a ton of fun. I love the interactive trading in this one as well.

Otrio is a NEW “shelter at home” game for us and we’ve been LOVING it! Think of it as a multi-player tic-tac-toe. It is fast paced and our little “outside of the box thinker” (WHIT!) has been the King of Otrio. I love that the game is pretty enough to just keep out and it has found a home on our puzzle table the past week. While the other games are immensely more fun with more players, Otrio is entertaining with 2, 3 or 4.

Addicted to brainy challenges? Then fire up your competitive side with Otrio, the head-to-head strategy game! To win, get three pieces of your color in a row based upon similar size; lined up in ascending or descending order; or within the same space as three concentric pieces. The rules are simple but the game is complex! Depending on the wit of your opponent, you may need to sharpen your strategic skills and exercise critical thinking!

The boys gave me Villainous for Christmas and we have really enjoyed it. The downside is that it does take a while to get the hang of play and is too complicated for younger players. However, it is a great strategy game and there are multiple expansion packs to keep it going.

Playing as favorite evil-doers like Maleficent, Ursula, and Captain Hook, players will take on the role of the Disney Villain and plan their schemes methodically in the way of their Disney Villain to reach their objective before everyone else. Set traps, wield curses, leverage your allies, and most importantly, be cunning!

I also got Pandemic for Christmas but we never got around to playing and now it seems a little too close to home.

We’ve played Monopoly Deal hundreds of times over the years! It is fast paced enough to play after dinner in just a few minutes and we do so all the time. Since we’ve been home, I keep the cards out in a dish on the counter! We have a second deck we use when we have more family or friends – just combine the two!

Get a handy way to play the classic property-trading game! Be the first collect 3 full property sets of different colors, and you’ll win the Monopoly Deal Card Game. You’ll pick up cards when it’s your turn and play Action cards to charge players rent, steal their cards or demand money for your birthday. Build up property sets, gather piles of money and keep wheeling and dealing until you’re the Monopoly Deal winner!

Mexican Train Dominoes is another stand-by for us. Honey and I purchased our set before we had kids. We all enjoy playing and keep it outside in a jar on the porch for year-round entertainment. When the kids were too small to play the actual game, we used the dominoes for MANY things – from counting to matching to colors to building.

Family game night goes retro with this Mexican Train Domino game by Cardinal. Enhance kids’ simple math skills with a fun-filled round of Dominoes. Train enthusiasts will love the colorful little trains used as game pieces. Mexican Train is a modern version of Domiones, played with 91 Double-12 Dominoes. Because of its simplicity and interaction, it can be played by nearly anyone, anywhere. Depending on the type of game you play, it can last from a single 20-minute game to a 12-round game lasting hours. It can also be played using double 6 or double 9 tiles for shorter games.

Rummikub another game we’ve had for as long as we’ve been married. It’s quick and easy and never gets old. I played this as a tween growing up and continue to enjoy it with my kids today.

It’s really no surprise that Rummikub is so popular – it has all the elements that make a great game: it’s easy to learn and fast moving, it’s different every time it’s played, it combines luck and strategy, and it changes quickly so every player has a chance to win until the very end. Players take turns placing numbered tiles in runs and groups, rummy style. The ‘board’ continually changes as players adjust the tiles on the table. Be the first player to play every tile on your rack to win.

I’ll wrap up with one final game that everyone probably already has in their game closet – Yhatzee! Like dominoes, we keep Yhatzee outside in a jar on the porch for spontaneous play. We recently rediscovered it with the change in the weather (have been out there a lot) and the boys are loving it. Again, fast and easy with a little strategy and a lot of luck so any one of us can win!

Roll it to the limit for the ultimate win with the Yahtzee Classic game. With a sleek shaker and 5 dice, you’re ready to roll! Take turns rolling dice to try to score combos. You get a total of 13 turns and may roll up to three times on a turn. At the end of each turn, you must fill in one empty box in your column on the score card. The player with the highest grand total at the end of all 13 rounds wins. It’s up to the player whether they hustle for a full house or risk it all for a Yahtzee roll. Show it off, and let the dice fall where they may.

If your family has a game to add to the list, I’m all ears! 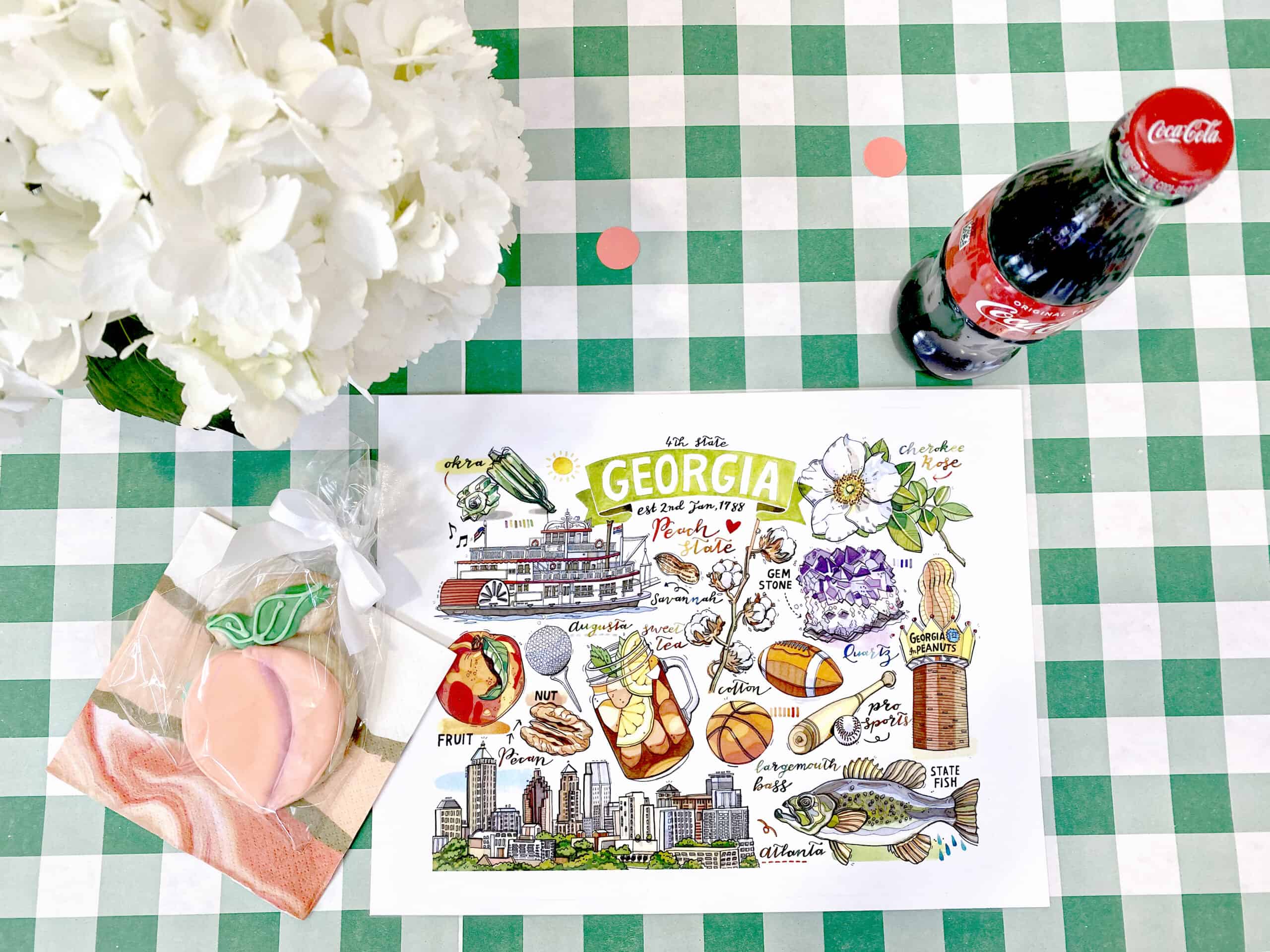 The big event for our elementary school hospitality committee was the teacher appreciation luncheon! I am SO thankful that our teacher appreciation week fell before the school closures in early February. We went with a Georgia On My Mind theme and the whole event turned out wonderfully. Our group usually spends the bulk of our… Read More 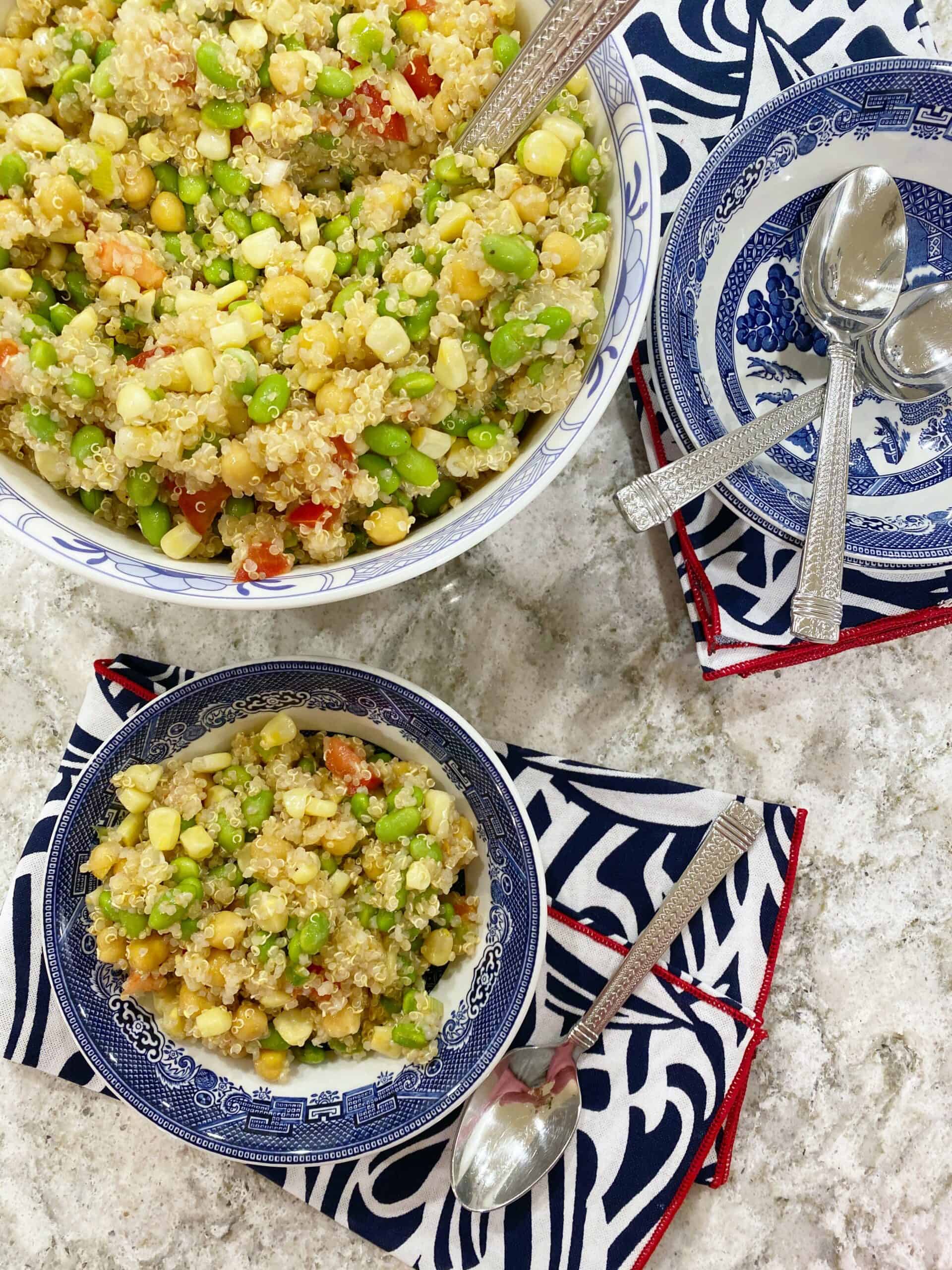 I’ve resurrected one of my favorite lunches at home that had fallen by the wayside – quinoa salad. I made a batch last week and again this week. It is great to have in the fridge for the family while we are all home all the time. Since Honey and I are both working, it… Read More

By dixiedelights | Filed under Uncategorized | Tags: recipes | Leave a Comment 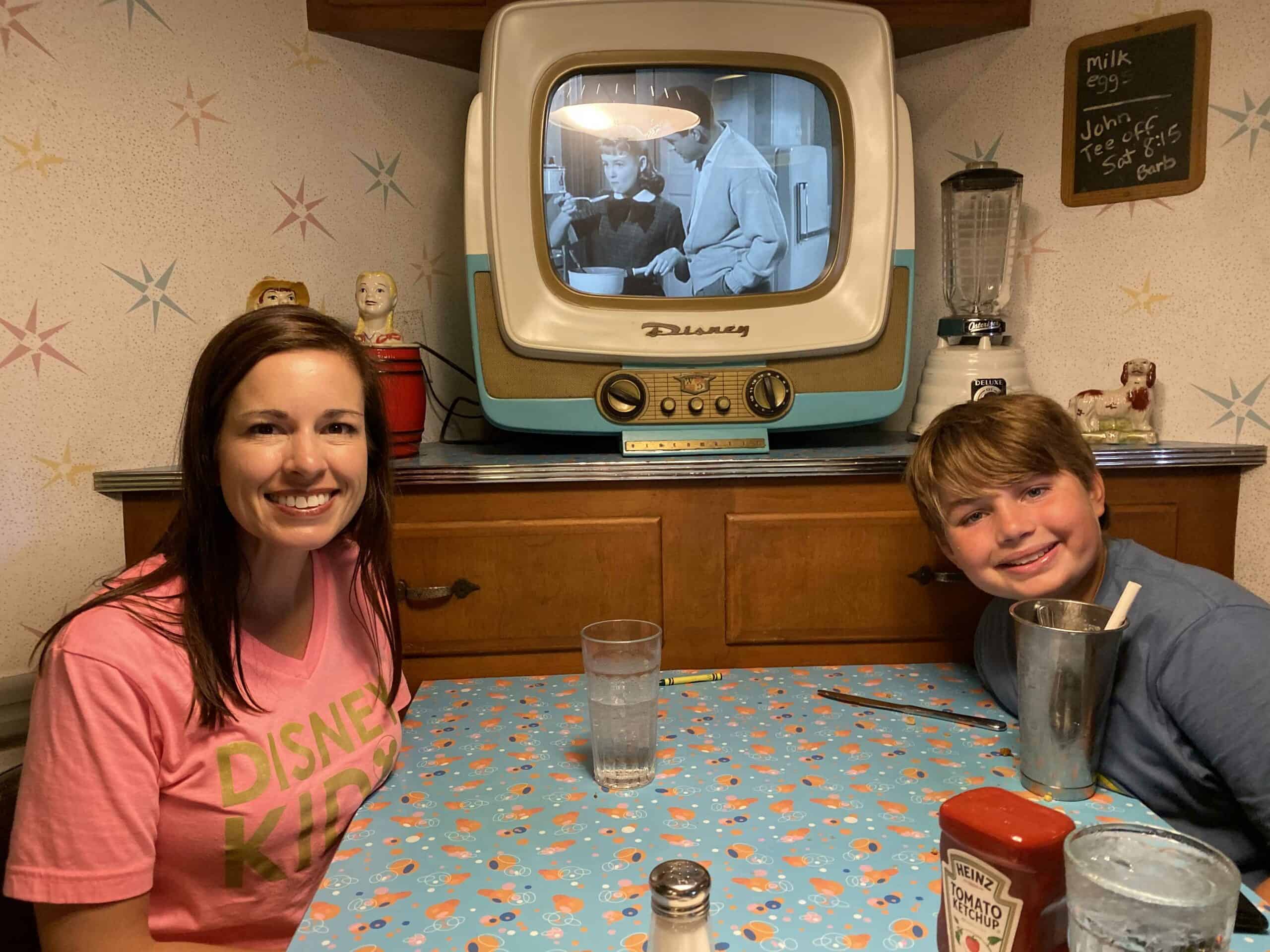 For this week’s Disney post, we’re back in Hollywood Studios. I just love this park and all of the changes that have really overhauled it in the past couple of years. I’m going to chat about the Tune-In Lounge and 50’s Prime Time Cafe. They are old stand-bys and places we have frequented over the… Read More 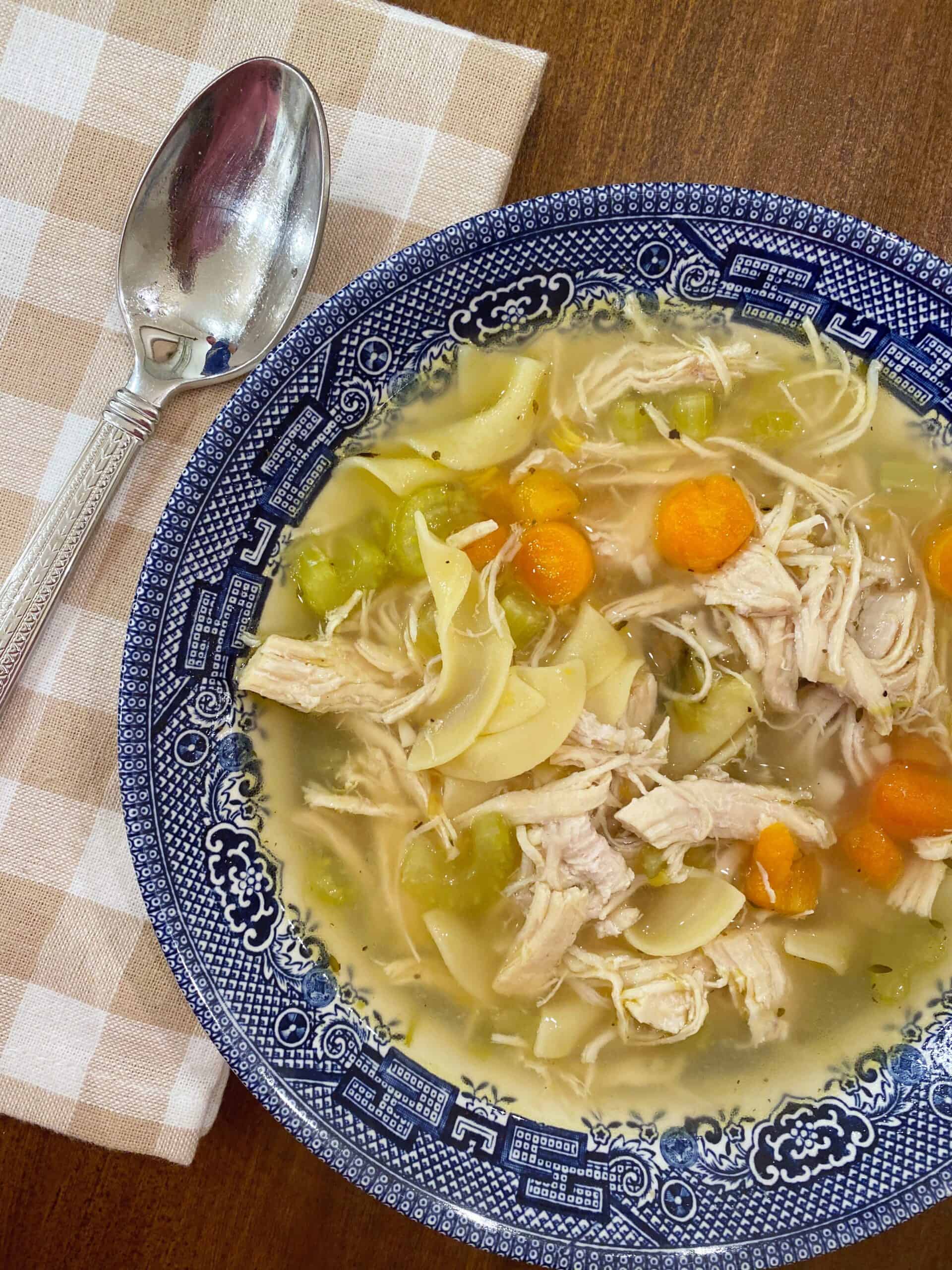 I’ve shared this recipe before, as it is a beloved comfort food in our home. The “3 ways” I am going to share it are the three preparation techniques: dutch oven, crock pot and instant pot! I pick the way I prepare it depending on how long I have and if my chicken is cooked… Read More 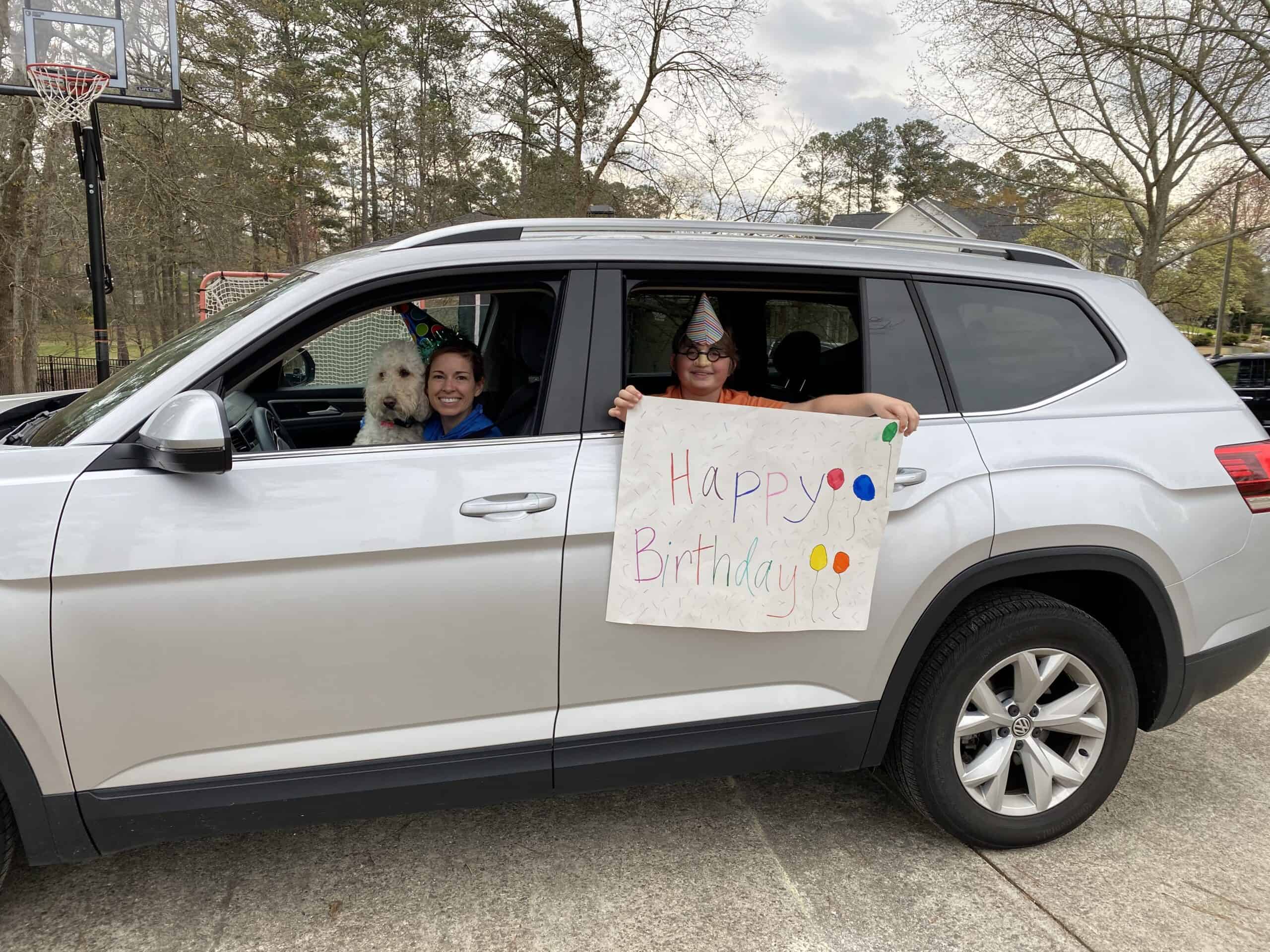 One of Whit’s best friends celebrated his eleventh birthday today. While I realize birthday celebrations are not mission critical, celebrations are one thing I know how to pull off in a time when I feel a little helpless otherwise. I sent a simple text to rally the troops (ie. moms). The moms then rallied their… Read More 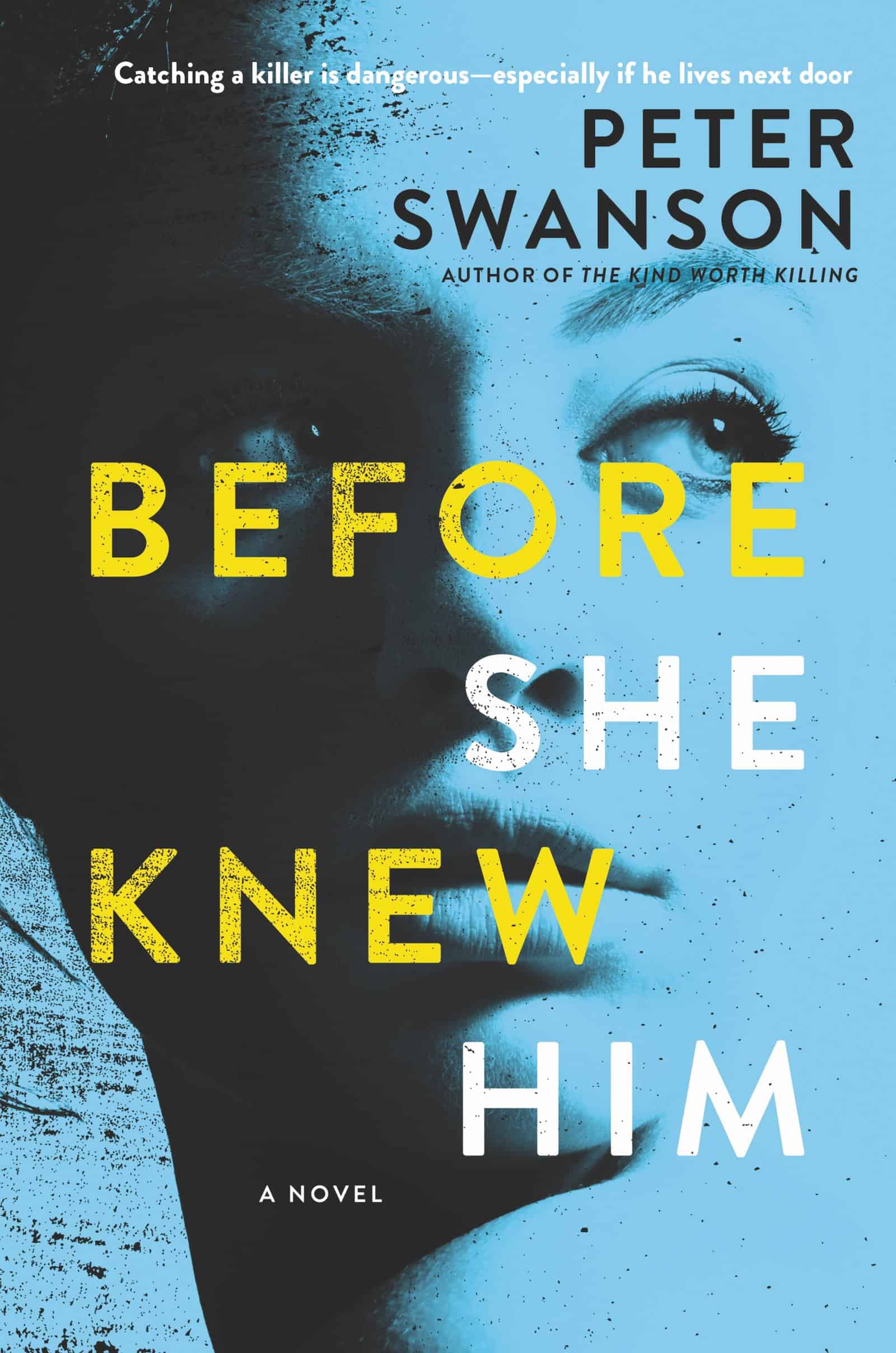 I’ve been on a real run of titles in the psychological thriller genre since October. Last week I finished Before She Knew Him by Peter Swanson. It was creepy and twisted and I really liked it! This isn’t one where you can’t wait to turn the page, but rather one where you aren’t sure what… Read More