After our surprise lunch announcement, the littles were chomping at the bit for their daddy to get home from work so that we could hit the road for Disney on Ice!!!

We chose the Worlds of Fantasy show because it wasn’t toooo princessy and had some of their favorite characters from Cars and Toy Story!  Oh, and Honey will be the first to admit that he has a little crush on Ariel.  So there was pretty much something for everyone. 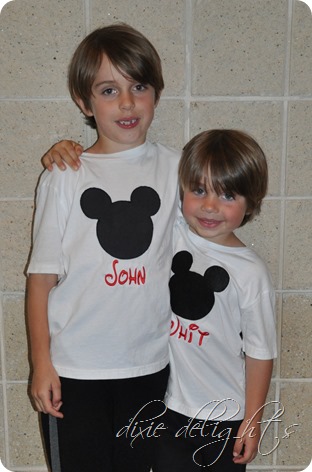 We had great opening night seats… right next to Sister and her family!!!  The littles were thrilled to see Bird, and you know I was dying to get my hands on the baby girl in her little princess smocked dress.  After I prepared the littles all afternoon that we weren’t buying anything at the show, Honey went hog wild on treats.  I’m pretty sure they cost more than the tickets :-) 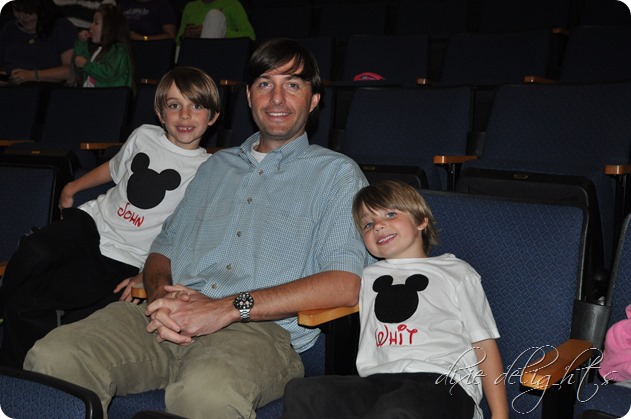 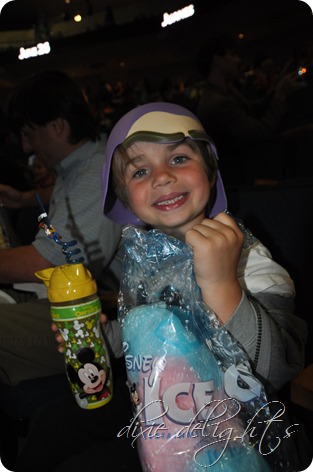 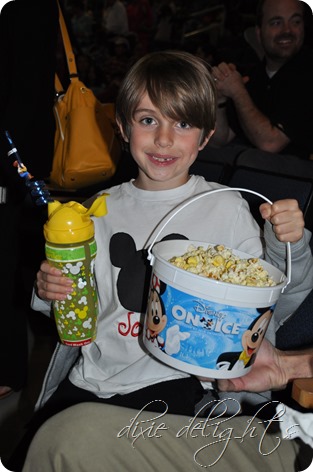 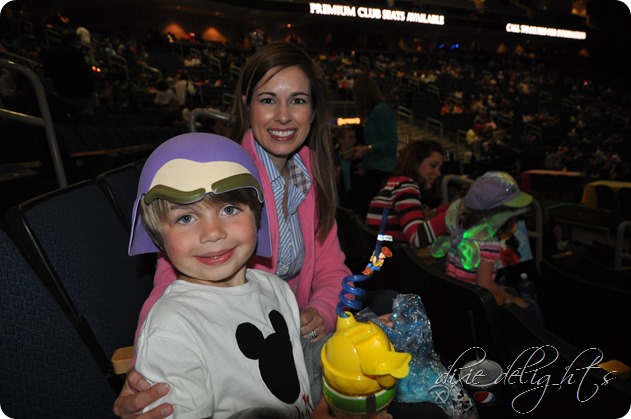 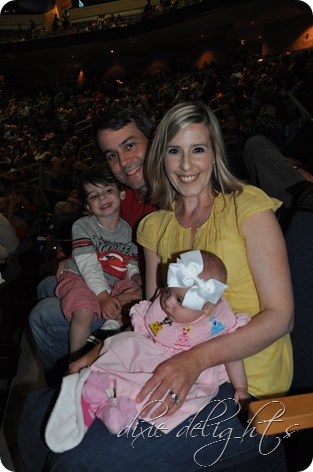 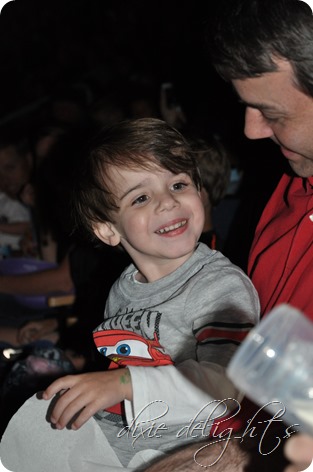 And finally, it was time for the main event!  The baby’s favorite characters are still the classics… Mickey and Minnie. 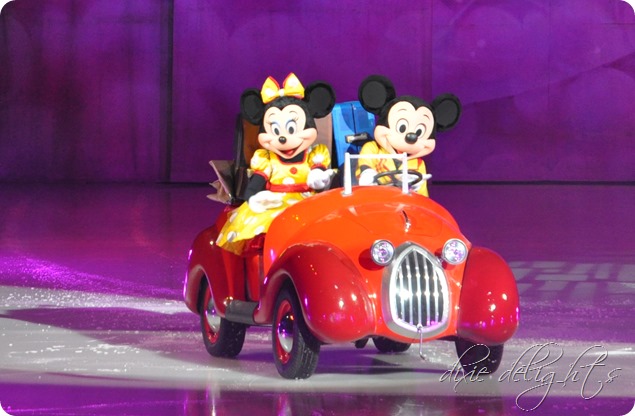 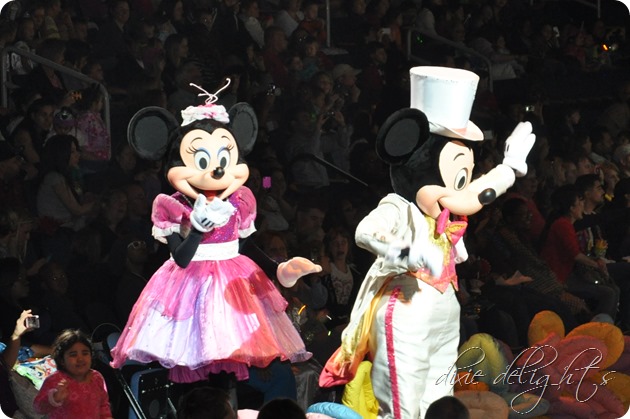 Tinkerbell flew high over the ice in a sprinkling of pixie dust. 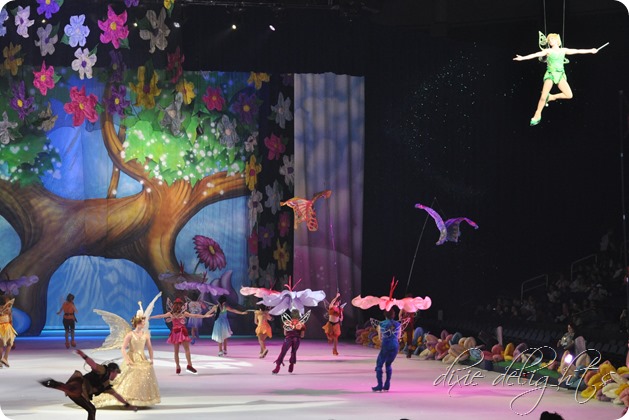 Bird was absolutely beside himself when his coveted Cars characters drove on to the ice! 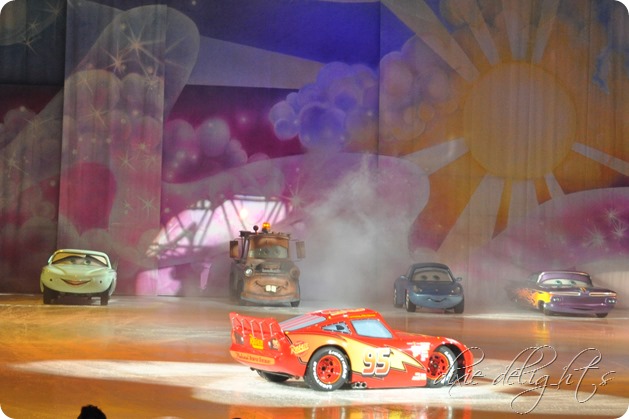 Honey got his Ariel fix, although he wasn’t pleased to see her with legs.  (It would have made for an interesting show if she tooled around the ice on a mer tail.) 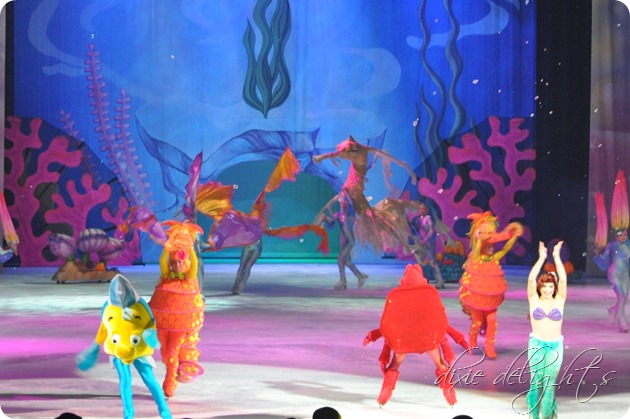 And the PCP sat on the edge of his seat throughout the Toy Story feature.  Ken quite nearly stole the show with his plastic hair and outfit changes.  I almost forgot how funny he was in Toy Story 3. 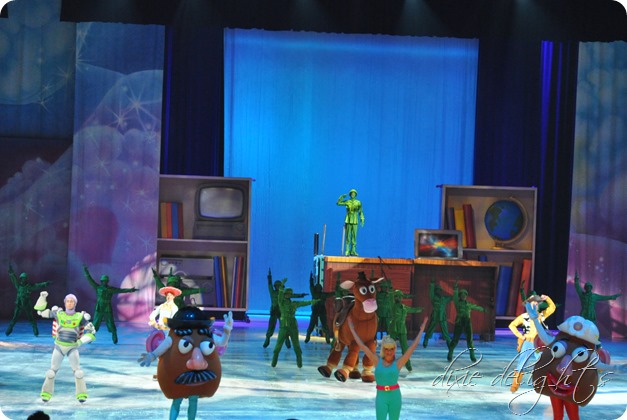 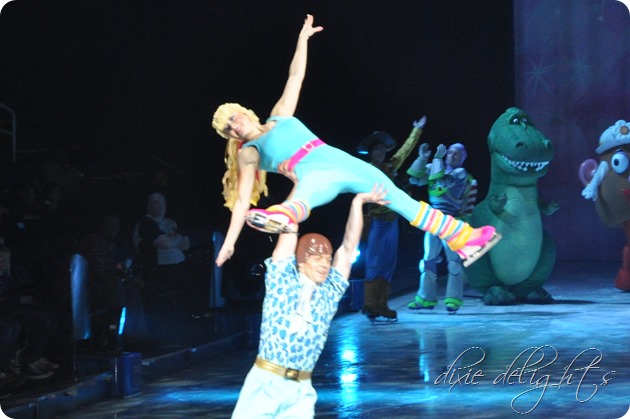 And at the end of a magical evening, we bid goodnight to Mickey, Minnie, Donald and Goofy… 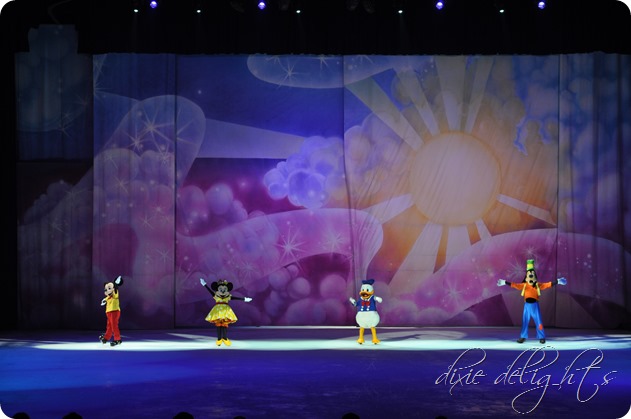 …at least until next time!
xoxo

15 thoughts on “Disney on Ice Worlds of Fantasy”