Well now, it’s no secret that Honey and I are card carrying graduates of Georgia’s nerdiest college.  And by now y’all know how we get all kinds of crazy excited about all things math and science.  So, it should be no surprise that we were thrilled when the PCP shared is idea for participation in his third science fair!!  It’s totally optional and parental involvement is obviously necessary at this level.  But, he came up with the idea, he executed the project and then…  well… let’s just say he kinda fell off the wagon when it came time to put together the display so Mommy had to bribe and cajole him into submission over the course of a few last minute and utterly terrible hours before it was due (we are making charts at 4pm for a project due at 6pm.  UGH!)  I suppose the fact that we got back from Disney at 1am and got up for school five hours later had something to do with it.  All tantrums aside, you know the old saying “all is well that ends well”?   Well, it couldn’t be truer in this case.  This, my friends, is the face of the FIRST PLACE Science Fair Winner!!!!!!!!!! 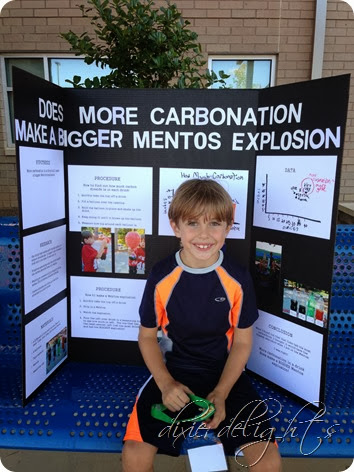 Hypothesis:
More carbonation in a drink will make a bigger Mentos explosion.  (What is it with boys and explosions?!?!)

How to find out how much carbon dioxide is in each drink:
1.Quickly take the top off a drink.
2.Put a balloon over the opening.
3.Hold the balloon in place and shake up the drink.
4.Keep doing it until it blows up the balloon.
5.Measure how big around each balloon is. (Diet Coke won!) 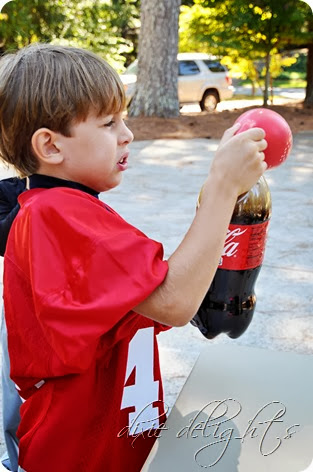 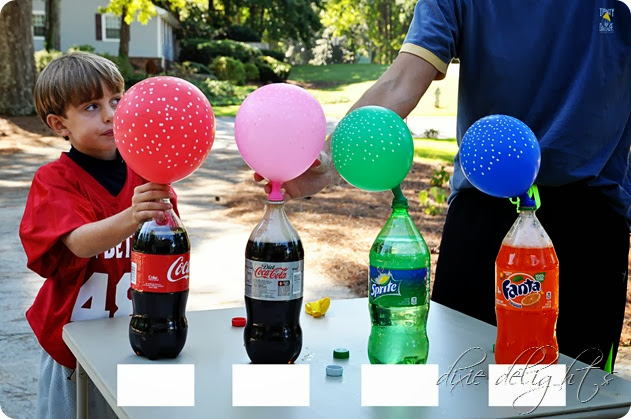 How to make a Mentos explosion:
1.Quickly take the top off a drink.
2.Drop in a Mentos.
3.Watch the explosion.  Diet Coke had the tallest and longest explosion!  We recorded it on video and then took clips of it at it’s peak for the pictures.
4.Pour the left over drink in a measuring cup to see how much is left. The one that has the least amount left lost the most drink and had the BIGGEST explosion! 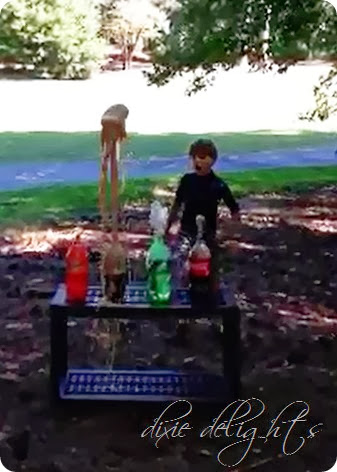 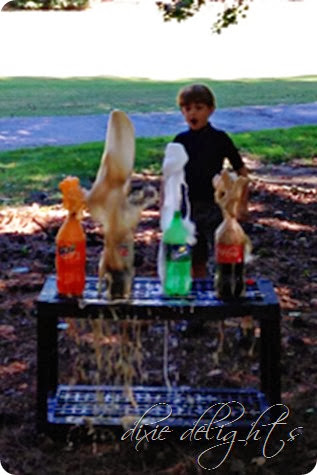 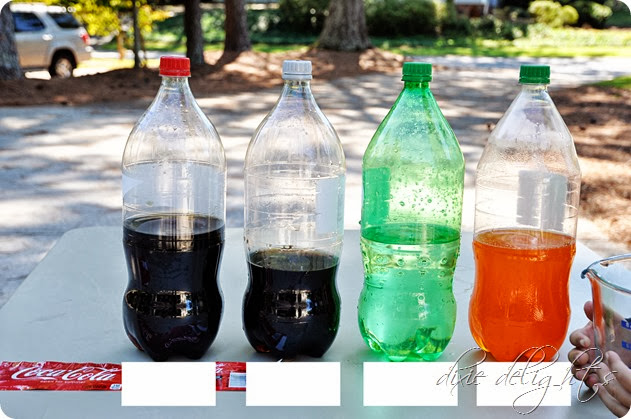 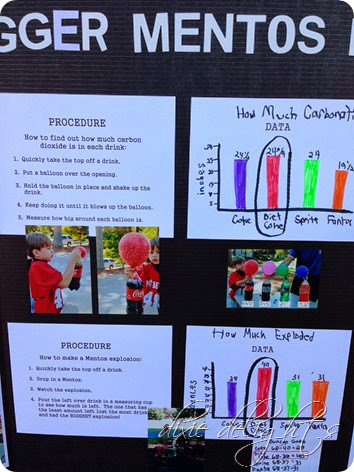 Conclusion:
When I found out that Diet Coke had the most carbonation, I thought it would have the biggest explosion when I put in the Mentos.  I was right!More carbonation in a drink does make a BIGGER Mentos explosion! 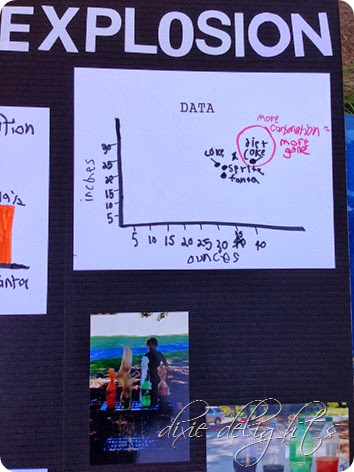 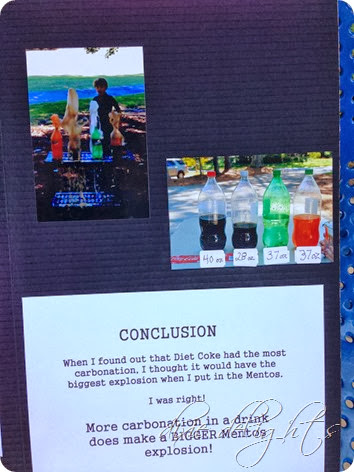 We’re super proud of the kid!  Yet, I’m already slightly freaking out at the thought of having to pull of TWO of these next year when the baby hits school :-)
xoxo