John is the throes of learning about the Civil War at school.  It’s something I’ve always been interested in, and I’ve so enjoyed helping him understand the war and what times were like for the South during those four years.  We’re watching Gone with the Wind, we visited Stone Mountain in Atlanta and we dug up old pictures of walks through Colonial Cemetery where the Union Army camped in Savannah.  Today we swapped some beach time to explore Fort Pulaski – the site where the Union army’s rifled cannon made masonry fortifications obsolete and a place where many Confederate soldiers were kept prisoner.

Though completed in 1847, Fort Pulaski was under the control of only two caretakers until 1860 when South Carolina seceded from the United States and set in motion the Civil War. It was at this time that Georgia governor Joseph E. Brown ordered Fort Pulaski to be taken by the state of Georgia. A steamship carrying 110 men from Savannah traveled downriver and the fort was seized by the state of Georgia. Following the secession of Georgia in February 1861, the state joined the Confederate States of America. Confederate troops then moved into the fort. By December 1861, Tybee Island was thought to be too isolated and unprepared for conflict and was abandoned by Confederate forces. This allowed Union troops to gain a foothold across the Savannah River from Fort Pulaski. Union forces under Quincy A. Gillmore began construction of batteries along the beaches of Tybee. On the morning of April 10, 1862 Union forces asked for the surrender of the Fort to prevent needless loss of life. Colonel Charles H. Olmstead, commander of the Confederate garrison, rejected the offer. Fort Pulaski was prepared for a possible infantry attack. However, Fort Pulaski never endured a direct land assault. With thirty-six guns, including the new James Rifled Cannon and Parrott rifles, Union troops began the long sustained bombardment of Fort Pulaski. The rifled projectiles could be accurately fired farther (4–5 miles) than the larger and heavier smoothbore cannonballs. Within thirty hours, the new rifled cannon had breached one of the fort’s corner walls. Shells now passed through the fort dangerously close to the Fort’s main powder magazine. Reluctantly, Colonel Olmstead surrendered the fort. Only two soldiers, one Confederate and one Union, were injured in the attack. Later, the fort was used as a war prison. 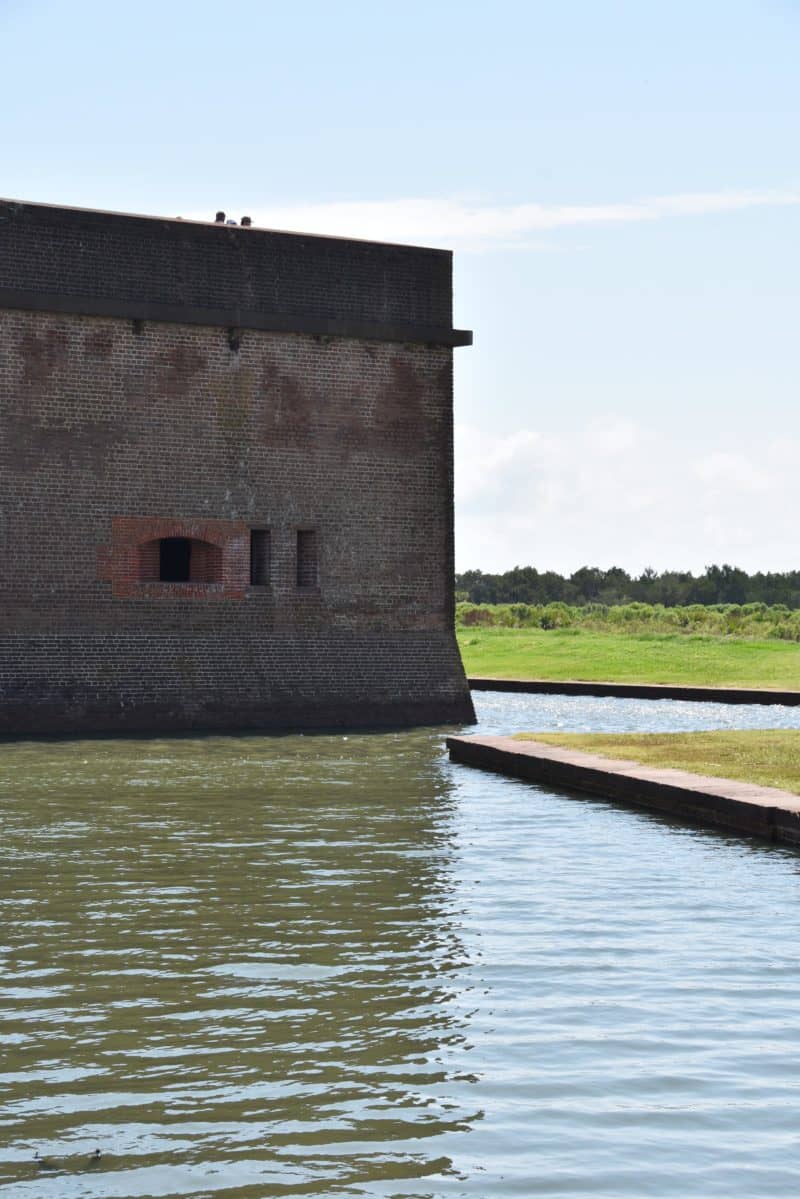 The fort is surrounded by moat and was protected by drawbridges, heavy doors and gates. 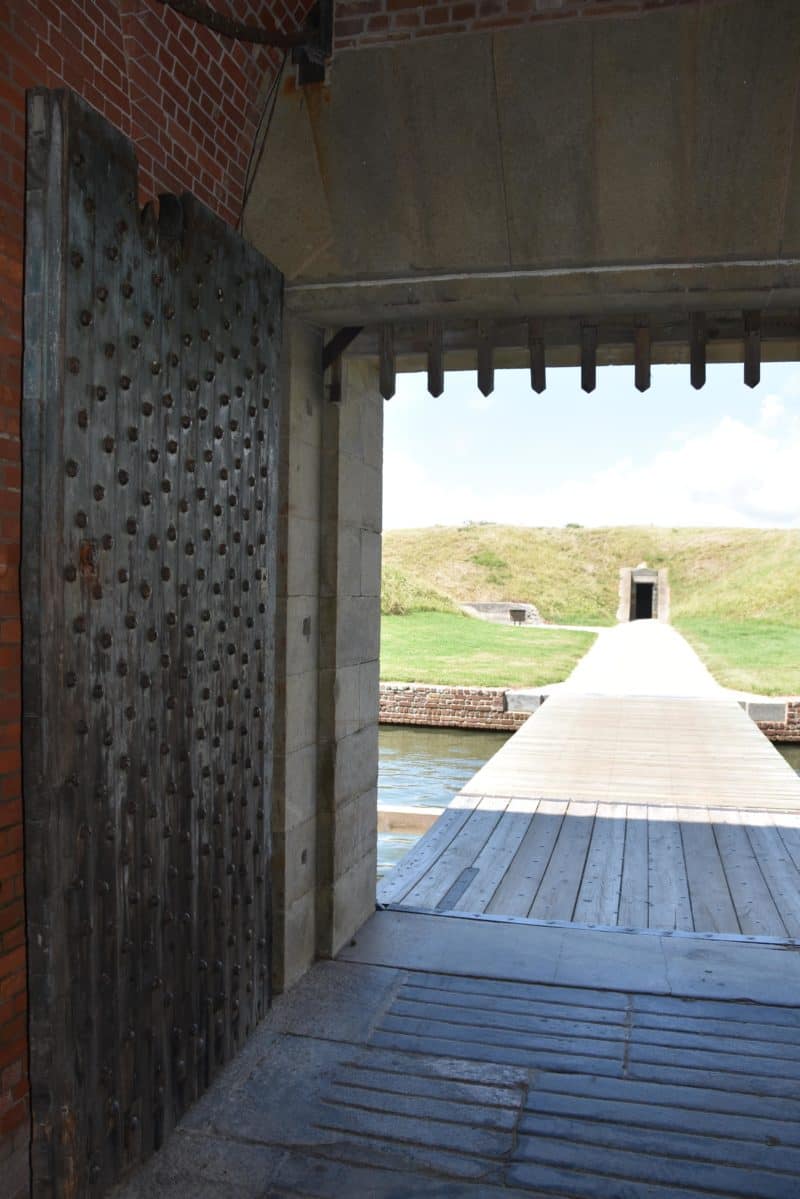 Cannons dot the fort today, and tell the story of the late 1800s. 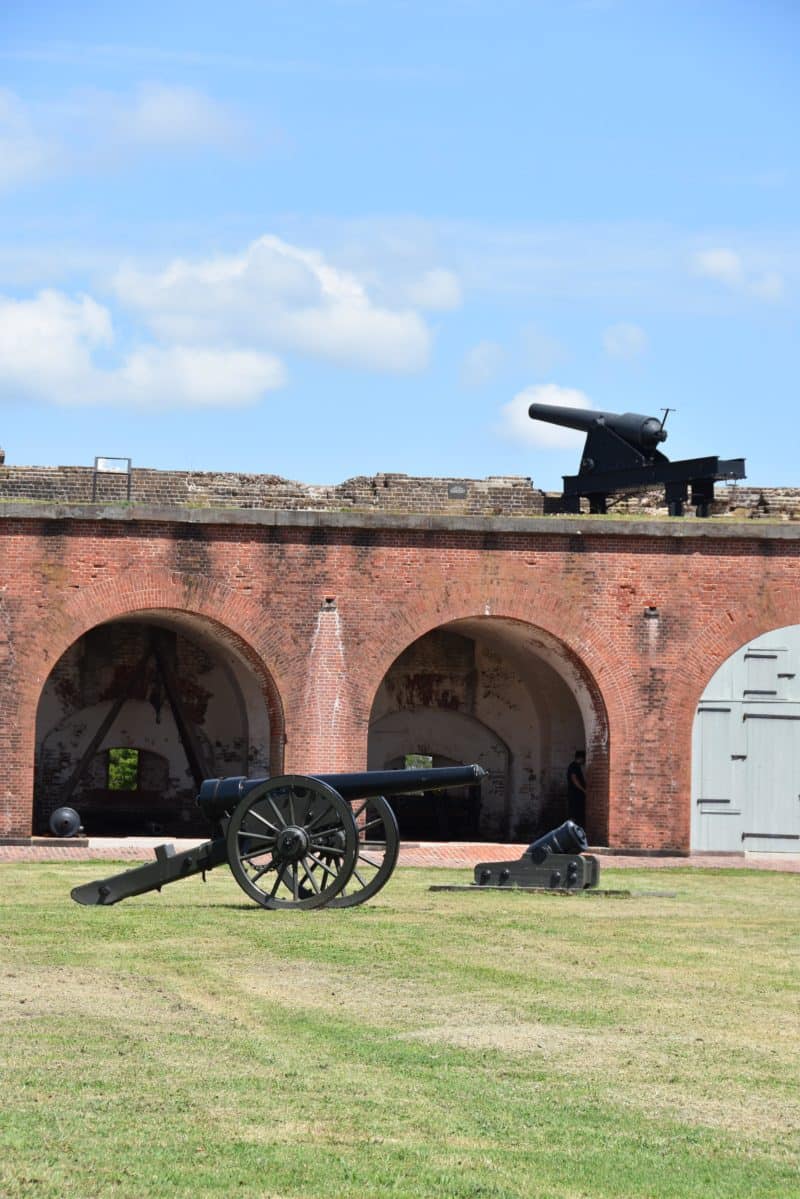 We love exploring the casements. 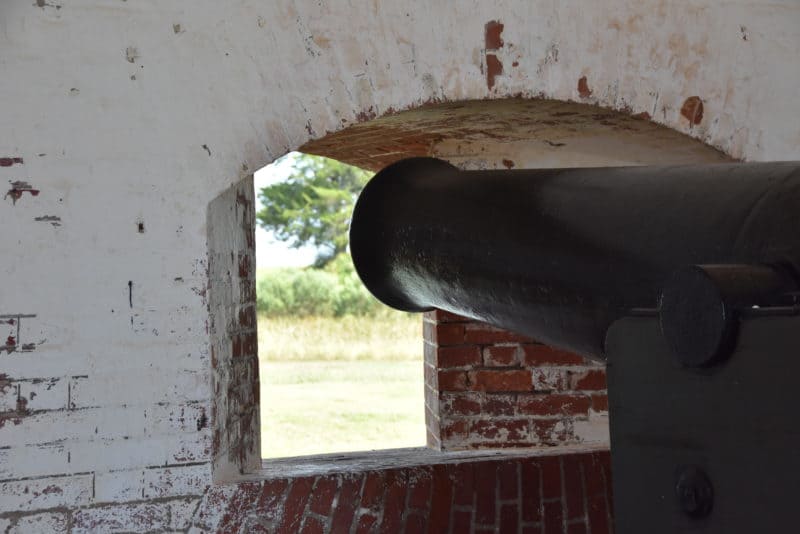 Each of these cannons took three men to fire them.  You can see the deep grooves in the floors where they were swung back and forth. 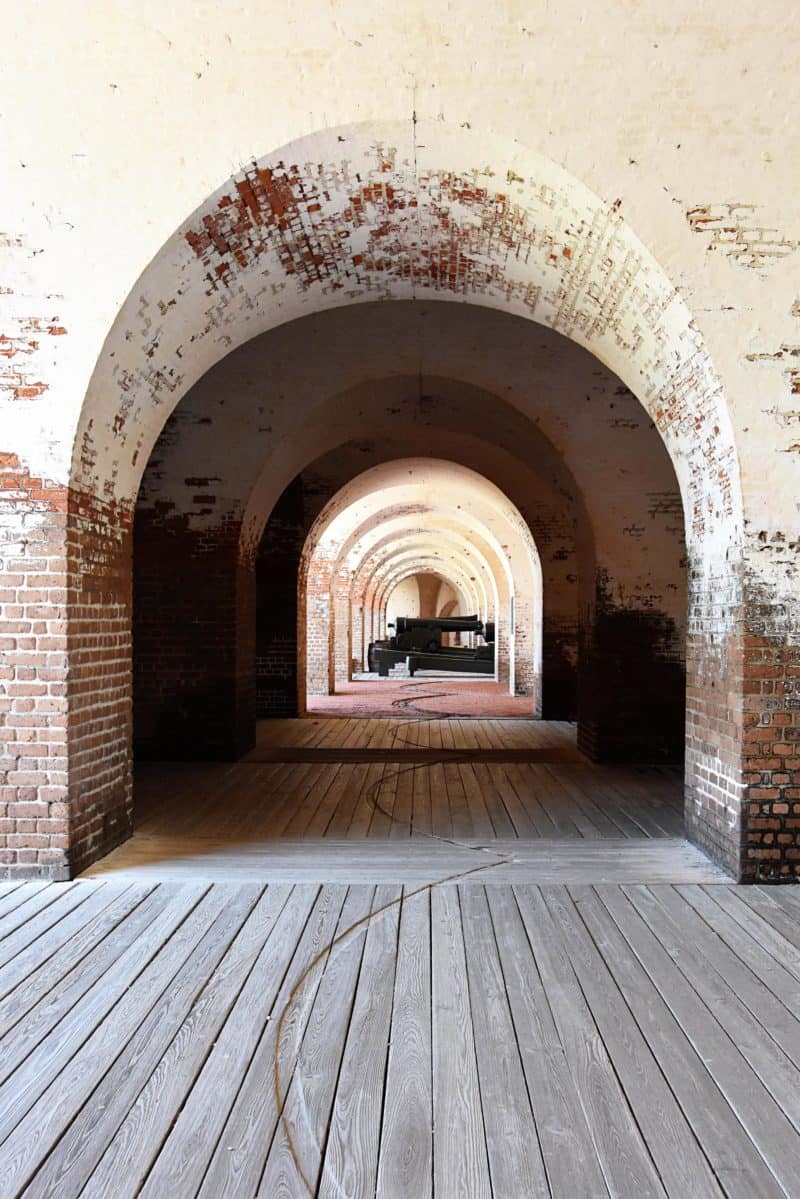 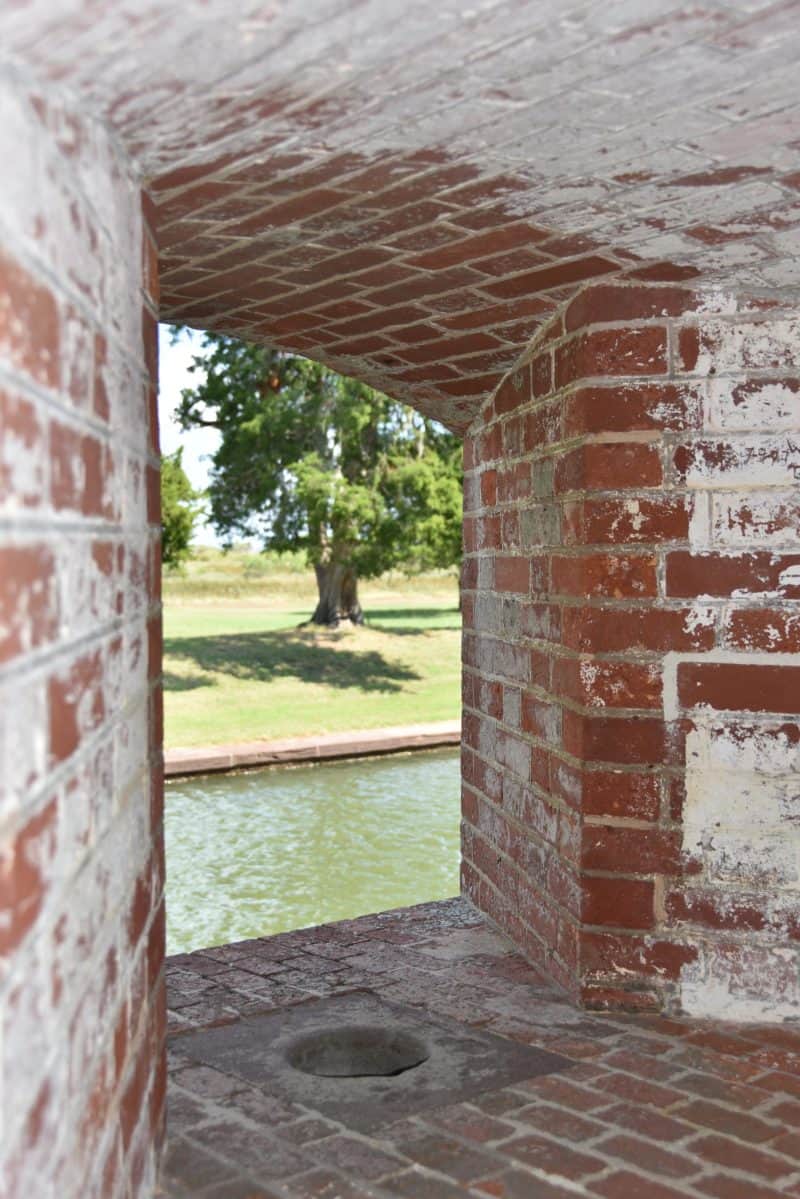 The gunpowder was stored in brick rooms.  Some were also used to imprison Confederate military leaders after the Union captured the fort. 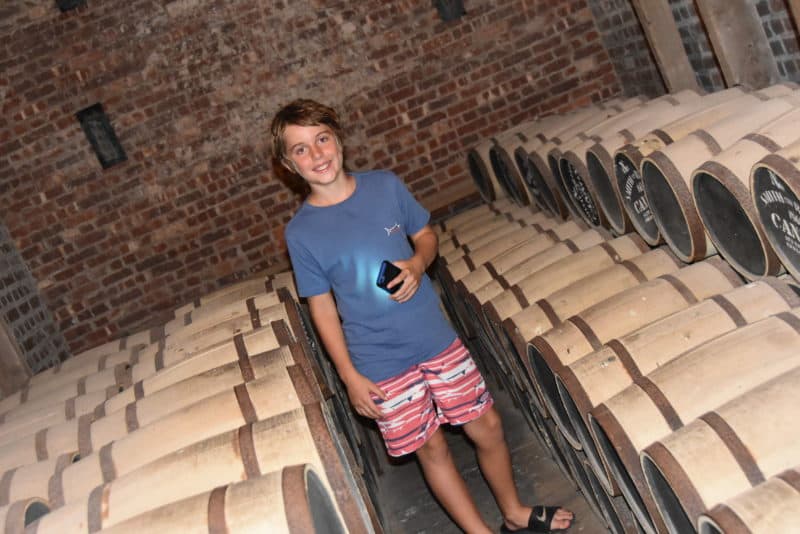 For Pulaski offers incredible views of Cockspur and Tybee Islands. 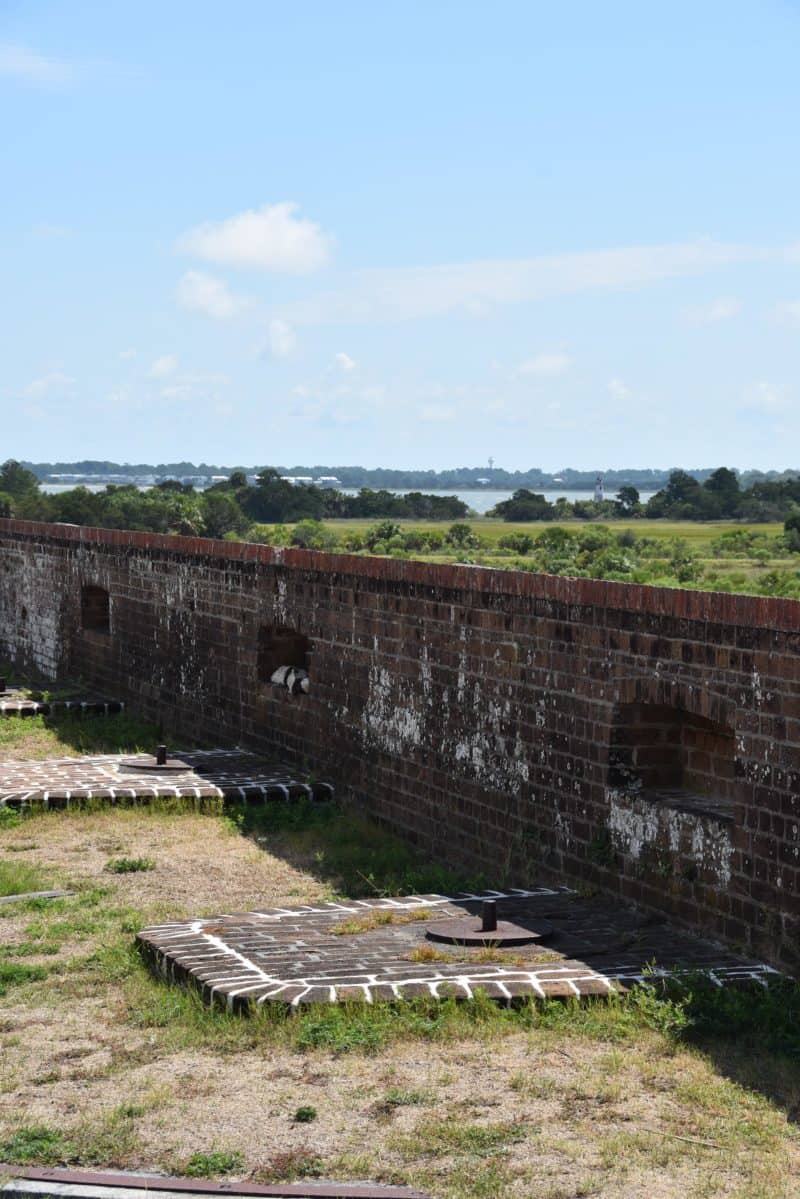 The eeriest part of the fort is this area where 600 Confederates were imprisoned during the winter with so few beds and so little food.  They had to eat rats to stay alive!  (Learn more about the Immortal 600 here.) 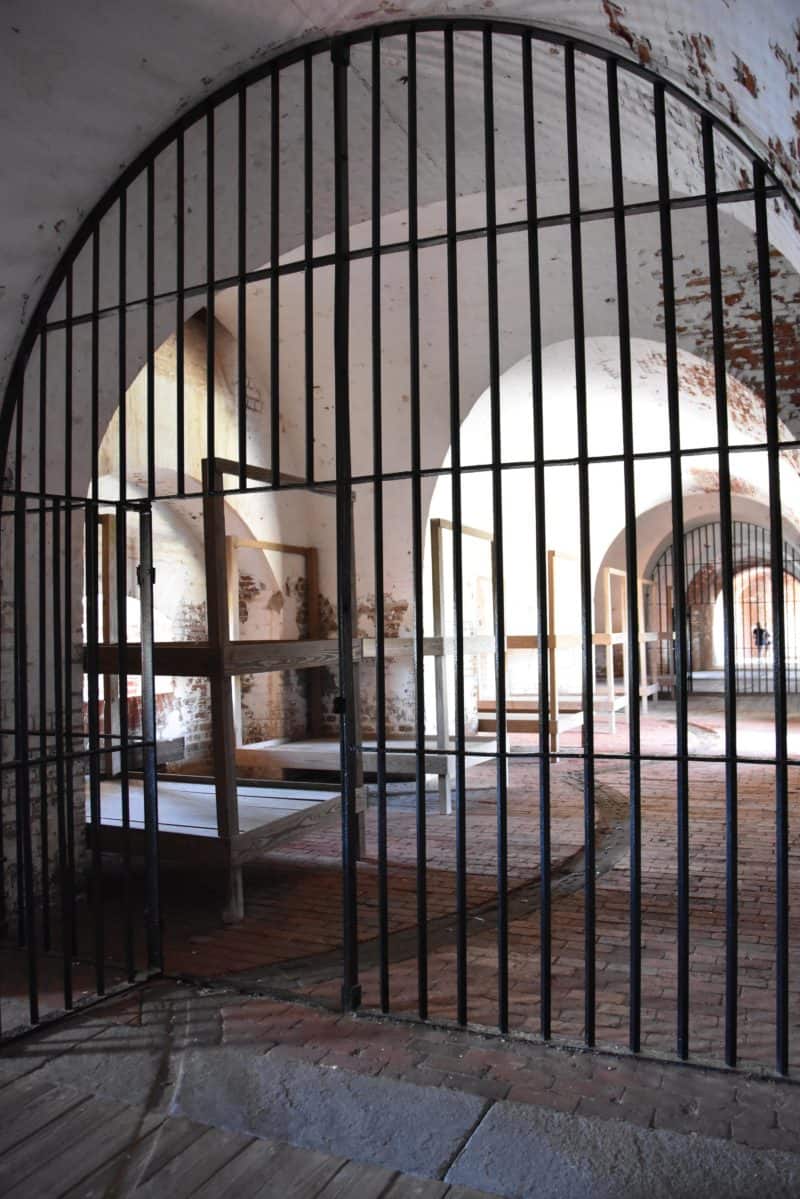 Fort Pulaski has been a favorite of our since the littes’ were quite little.  It’s really a wonderful spot to explore and I treasured our visit today since John is so engaged in learning about the Civil War.

I know I’ve shared this little gem with y’all many times.  It’s truly a testament to how much we enjoy it.

One thought on “The Civil War at Fort Pulaski”