Dead Men Tell No Tales, the fifth installment of the Pirates of the Caribbean franchise, hits theaters Memorial Day weekend on May 26!!  Honey has been a fan since Depp first took the screen as Jack Sparrow years ago and he watches them over and over.  John was just introduced to them a few months ago and has been really excited to finally see one on the big screen!  I’ll probably have to wait until it hits Netflix because Whit isn’t quite ready for this series yet. 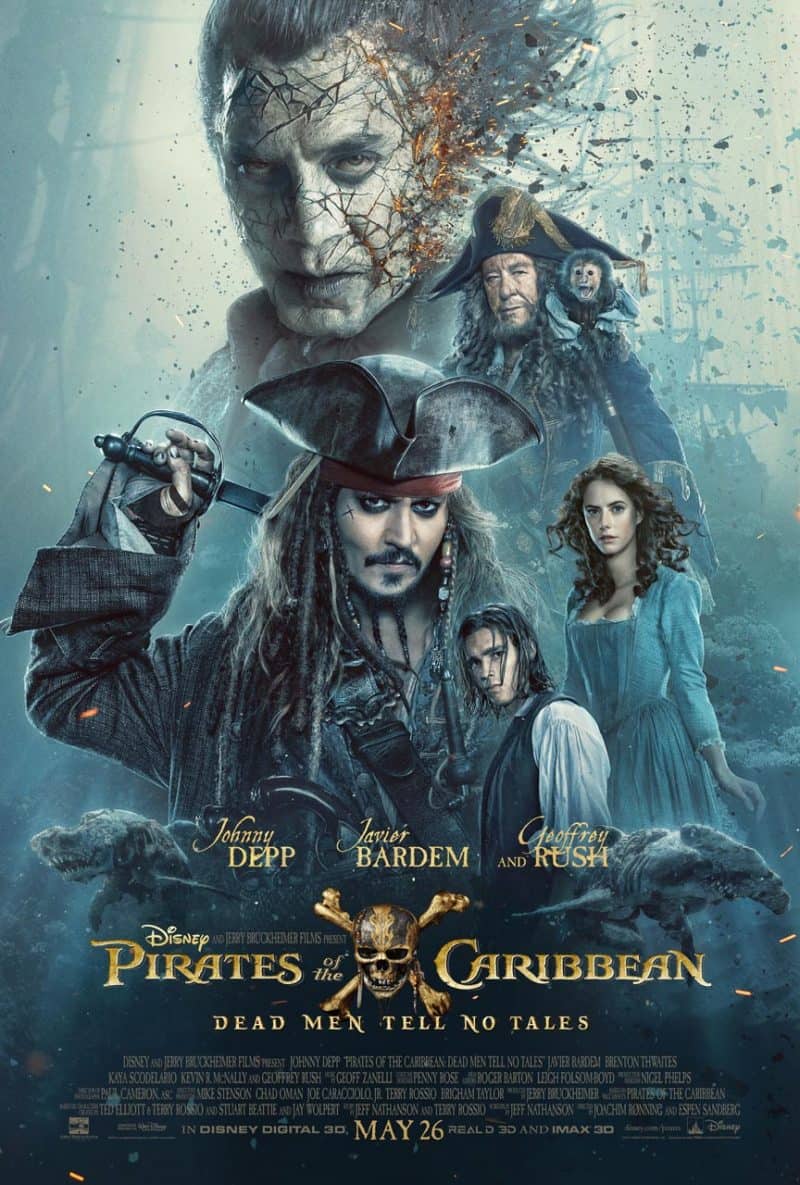 Johnny Depp returns to the big screen as the iconic, swashbuckling anti-hero Jack Sparrow in the all-new “Pirates of the Caribbean: Dead Men Tell No Tales.” The rip-roaring adventure finds down-on-his-luck Captain Jack feeling the winds of ill-fortune blowing strongly his way when deadly ghost sailors, led by the terrifying Captain Salazar (Javier Bardem), escape from the Devil’s Triangle bent on killing every pirate at sea—notably Jack. Jack’s only hope of survival lies in the legendary Trident of Poseidon, but to find it he must forge an uneasy alliance with Carina Smyth (Kaya Scodelario), a brilliant and beautiful astronomer, and Henry (Brenton Thwaites), a headstrong young sailor in the Royal Navy. At the helm of the Dying Gull, his pitifully small and shabby ship, Captain Jack seeks not only to reverse his recent spate of ill fortune, but to save his very life from the most formidable and malicious foe he has ever faced.

You can see the official Dead Men Tell No Tales trailer here:

I am so excited to be able to share this awesome activity packet great for kids in the tween phase (I’d say ages 10-13 would love these, although it could definitely skew younger as well.)  The free download includes games, puzzles, mazes, and so much more… like how to create a spyglass! I have printed them for John to do at home in anticipation of the movie, but they would also be great for a birthday party or Pirates movie night. 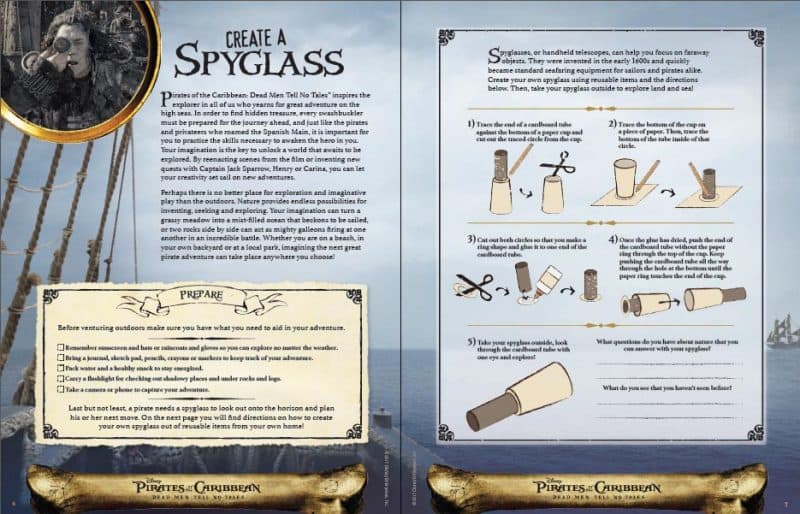 Posting this activity packet reminded me of the FUN surprise I read about earlier this month.  As Disneyland park guests floated through the Pirates of the Caribbean attraction they discovered that one of the pirates – Captain Jack Sparrow – was actually the real-life Johnny Depp!  How COOL!!!!

CLICK TO TWEET: Your kids will love this Pirates of the Caribbean Dead Men Tell No Tales FREE Printable Activity Packet http://bit.ly/2pA2kzx

It’s time to kick off this Saturday with some swashbuckling fun!!