We were last in Disney over Memorial Day and really wanted to see the new Happily Ever After fireworks in Magic Kingdom.  With the show being just a couple weeks old AND the fact that it was a holiday weekend, we knew good viewing spots would be hard to come by.  It seemed like the perfect reason to book the Fireworks Dessert Party!!

First things first, we arrived in Magic Kingdom to conquer the mountains with FastPass and grab a bite to eat.  First up… Splash Mountain! 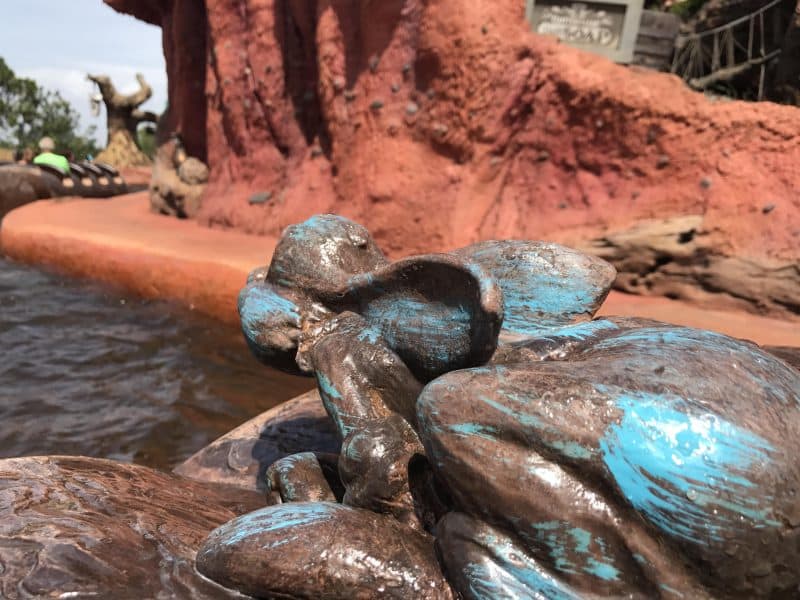 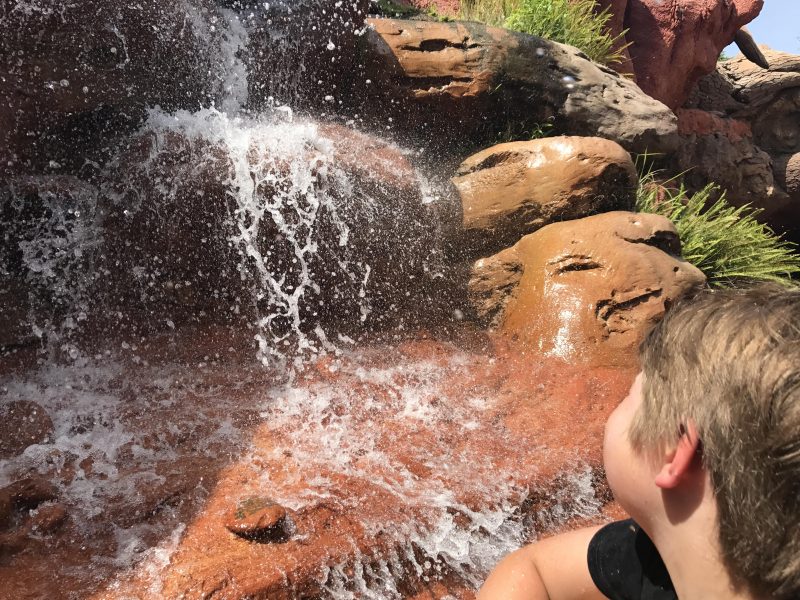 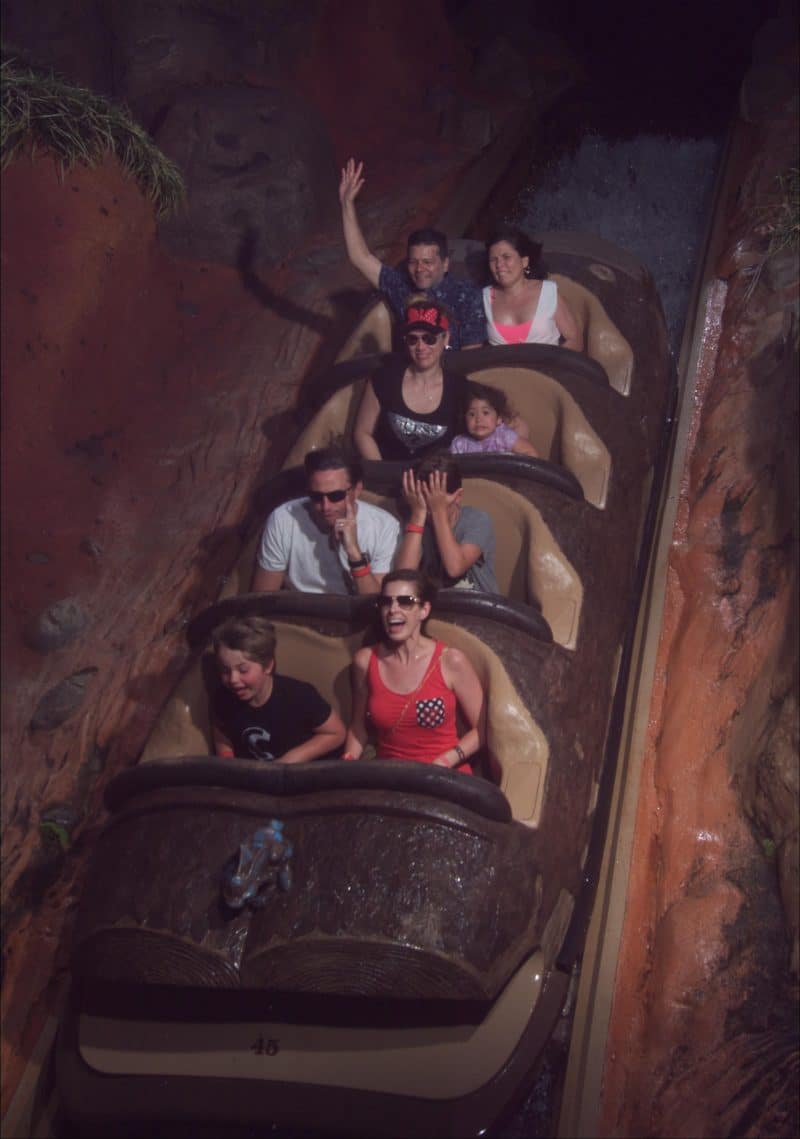 Looking like drowned rats, we headed off to Thunder Mountain.  They really need a PhotoPass on that ride :-)

Rounding out the mountains, we were off to Tomorrowland for Space Mountain.  Honey really hates this ride and now that both boys willingly go with me, he sits it out every single time. 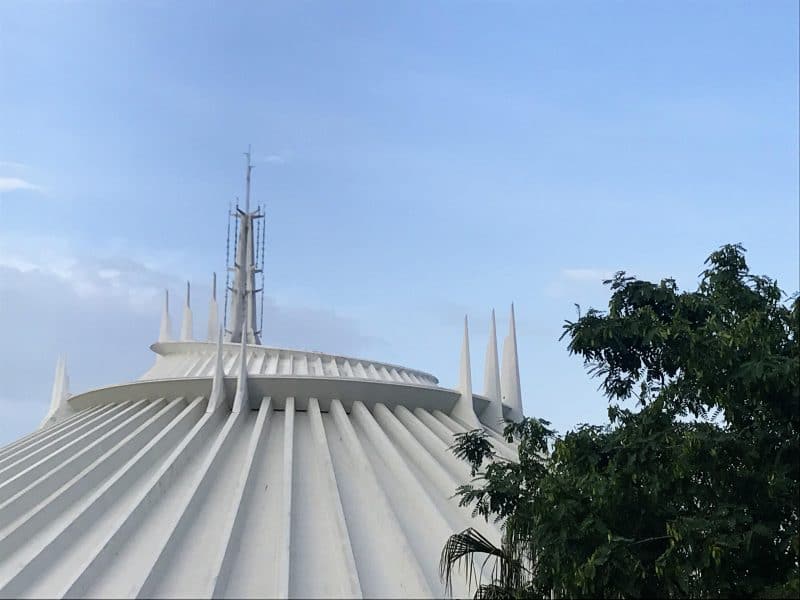 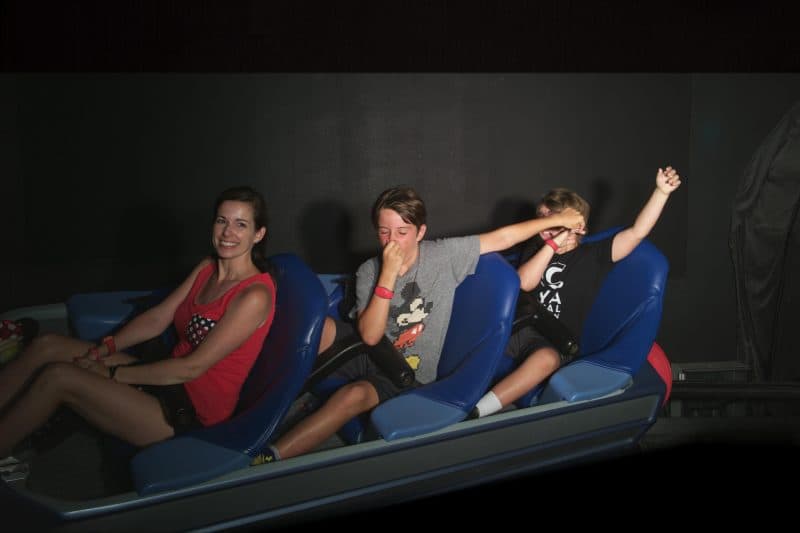 The skies were starting to look questionable and it was HOT so we scooted over to the People Mover.  We rode it around three full times and I passed the time by taking pretty pictures… 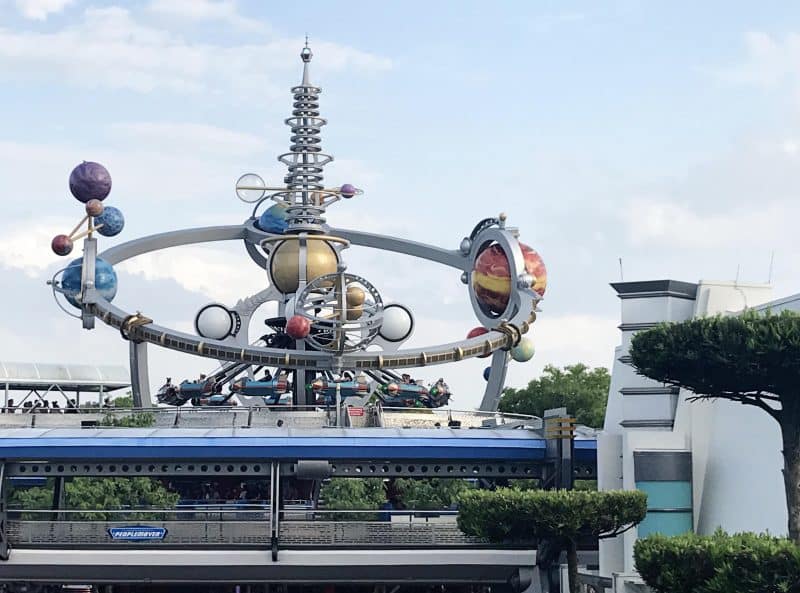 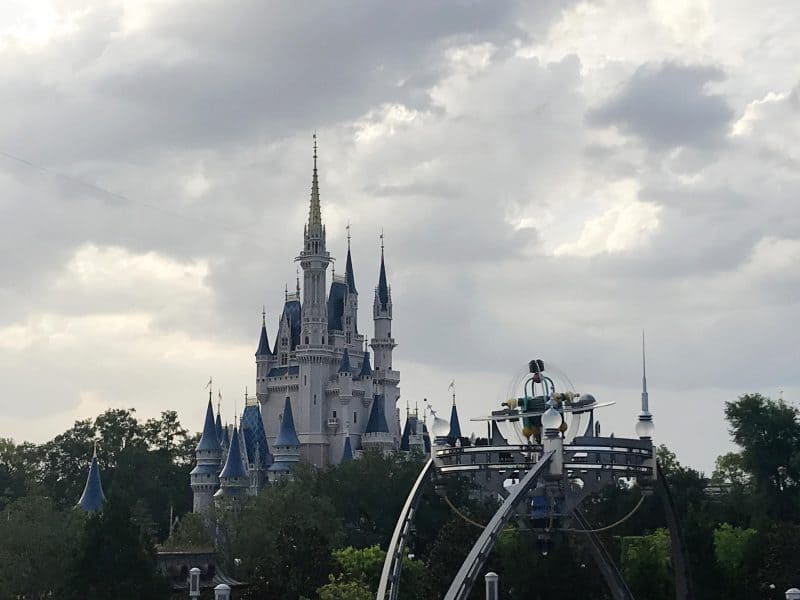 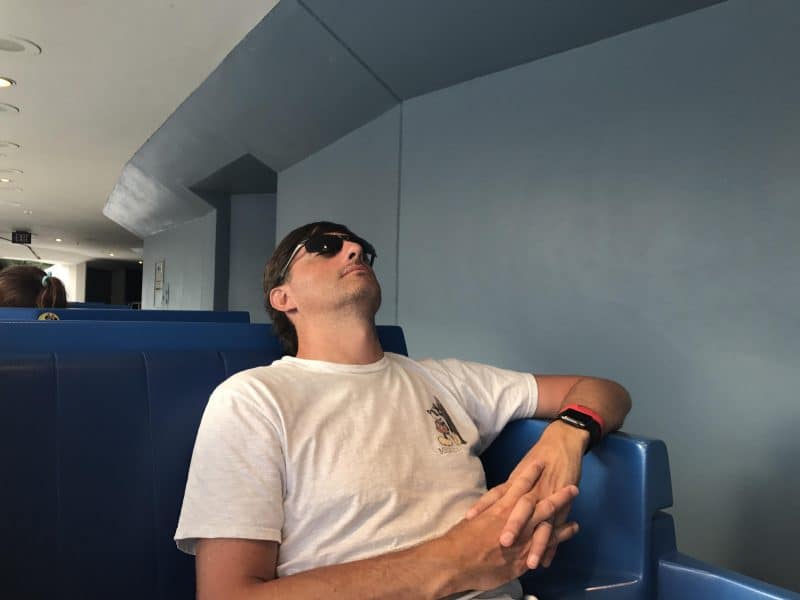 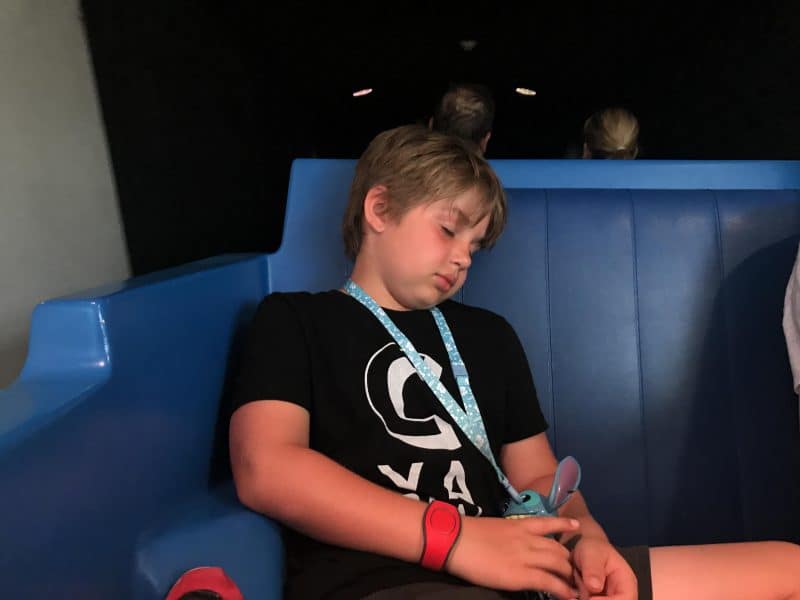 Sufficiently rested, it was time to head to the highlight of our day – the Fireworks Dessert Party with Plaza Garden Viewing at the Tomorrowland Terrace!  The sun was just setting and everything looked stunning… 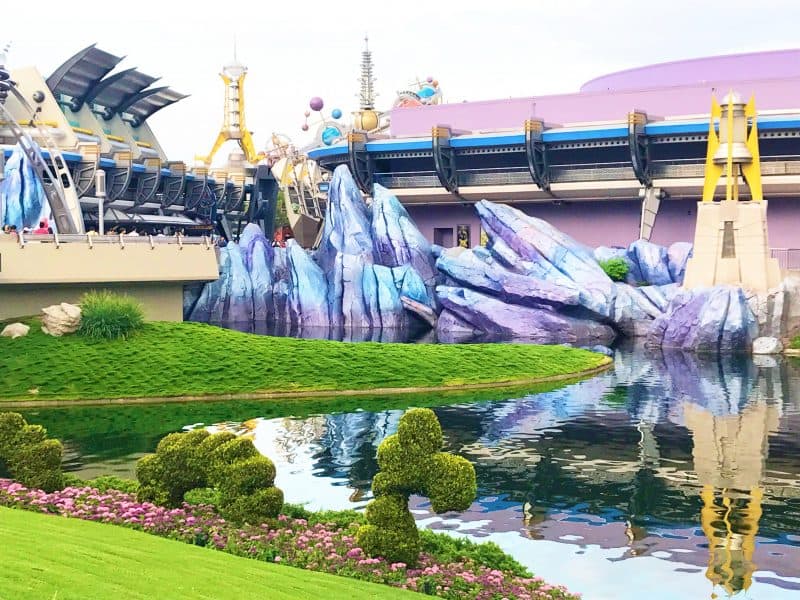 Check-in is located at a podium on the Tomorrowland Entrance closest to Main Street.  We arrived around 7:30PM and there was a bit of a line. 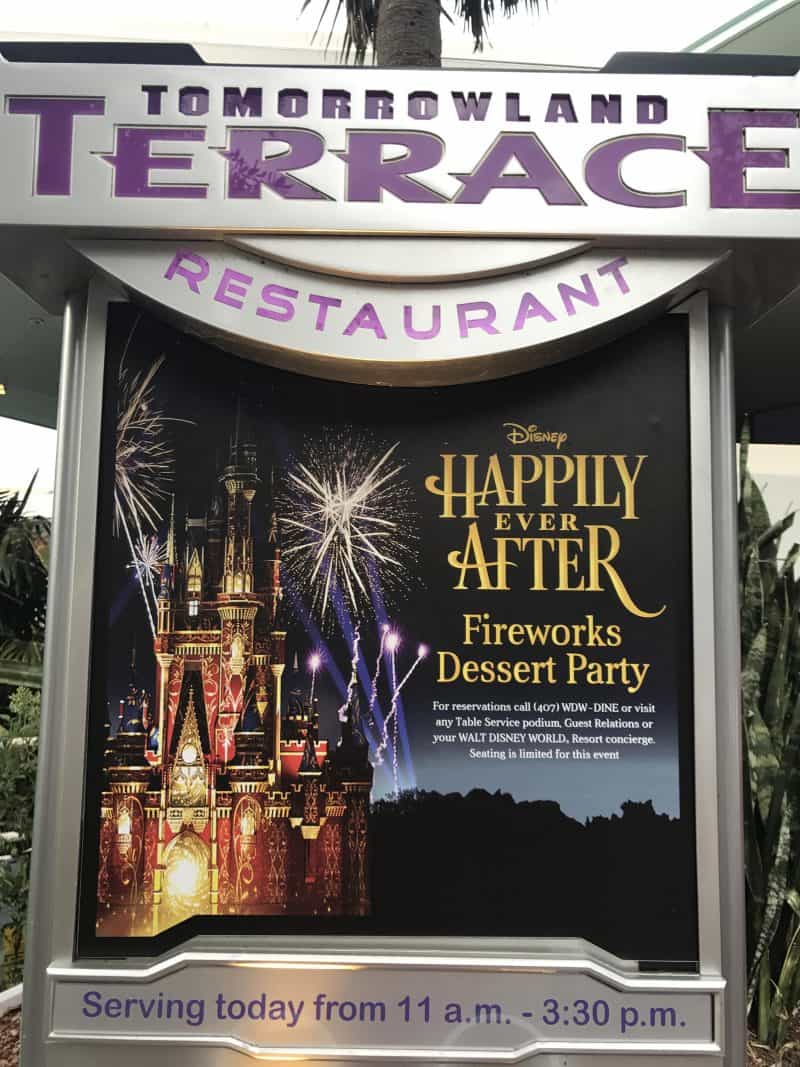 Since we had already experienced the dessert party from the Tomorrowland Terrace, we tried the Plaza Garden viewing this time.  It was also $20 cheaper per adult.  The cast member will let you choose your table on arrival and will give you a “reserved” table tent to hold it while at the buffets.  We were towards the front of the line at check-in and chose a table on the edge overlooking the hub.  It was nice and breezy!

CLICK TO TWEET: Try the Fireworks Dessert Party at Magic Kingdom for a magical end to any Disney night! @_DixieDelights_ #disnysmmc http://bit.ly/2stXPbL

As for the desserts, you can eat as much as you like.  While the spread wasn’t as filling or varied as the Star Wars Galactic Spectacular Dessert Party, I actually enjoyed the desserts more.  There were various tarts, fruits and cupcakes but the macaroons and chocolate dipped strawberries were my favorite! 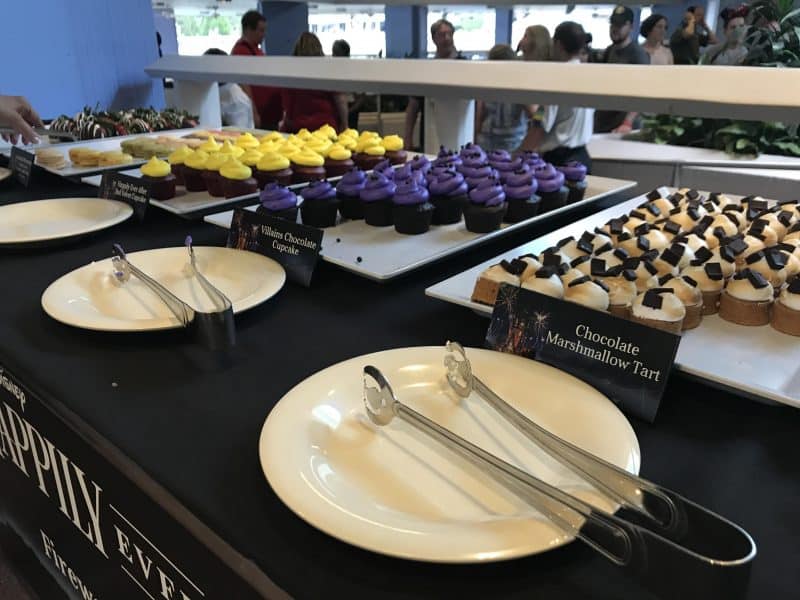 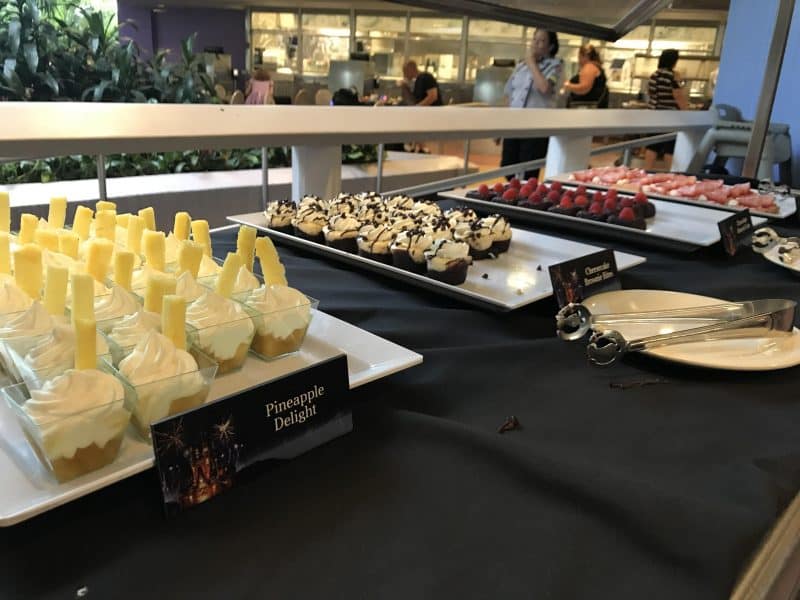 All four of us also loved the Kid’s Kabobs.  At Disney everyone is a kid, you know :-)  The plates had a Mickey straw and chocolate fondue with a marshmallow, strawberry, brownie and rice krispie treat for dipping.  Disney makes rice krispie treats like nobody else and this was such a fun treat. 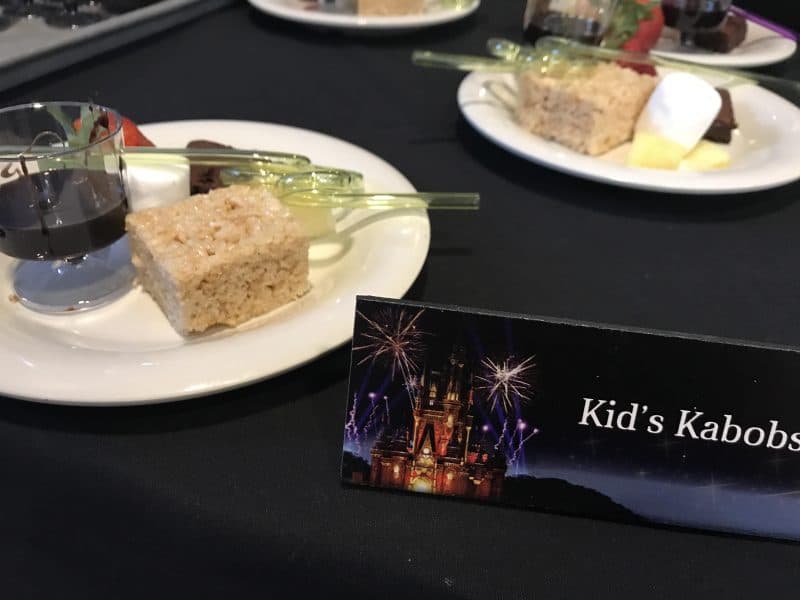 There were lemonades, sparkling cider and other non-alcoholic drink choices. 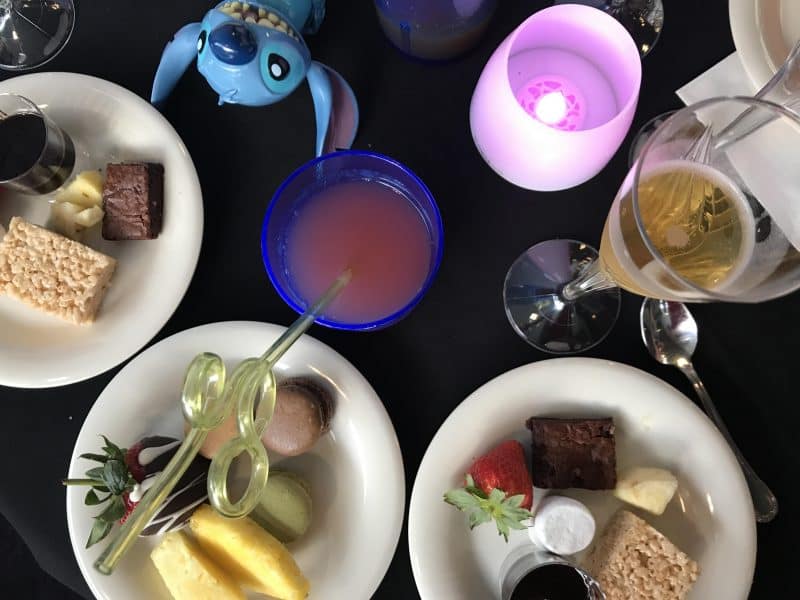 After we filled up on sweets we headed back to the podium and they walked us over to the roped off garden viewing area.  The sun was setting and it was just lovely. 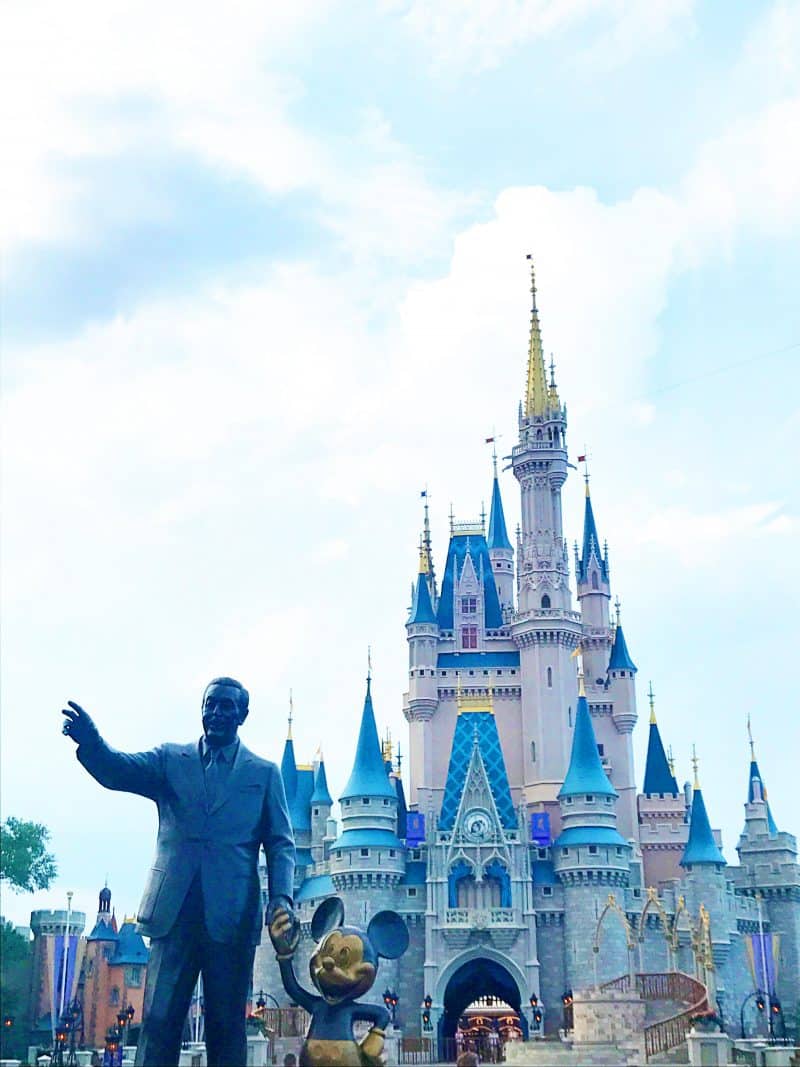 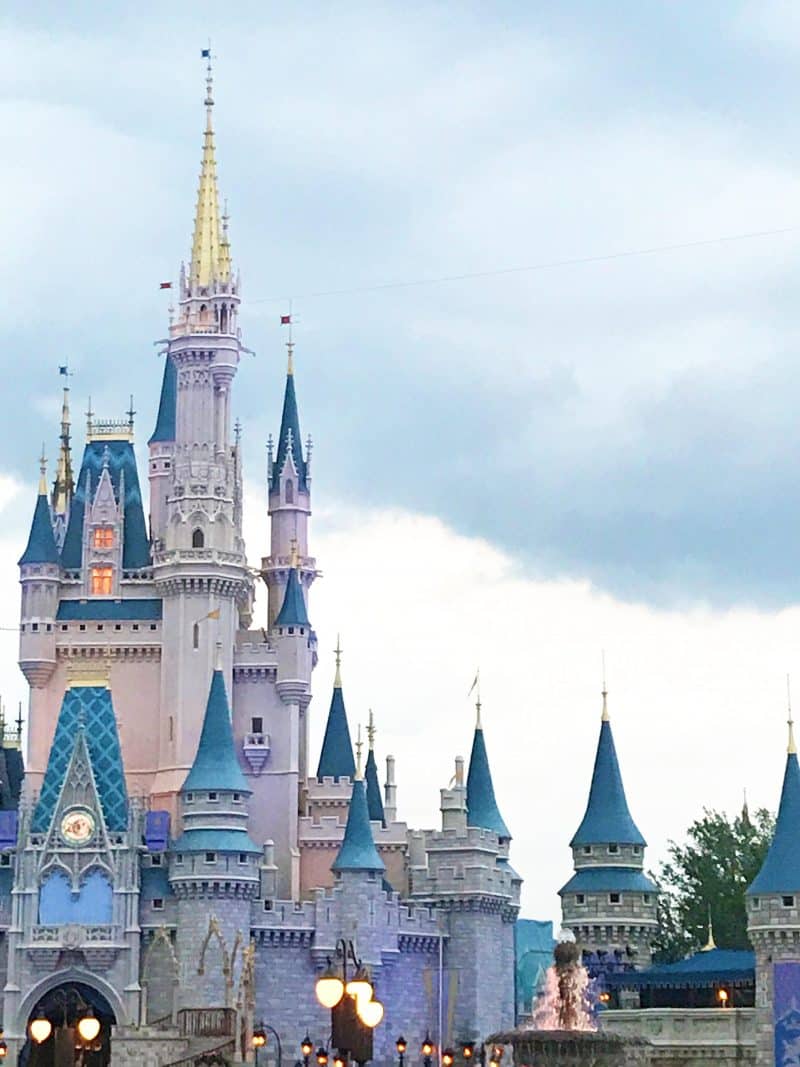 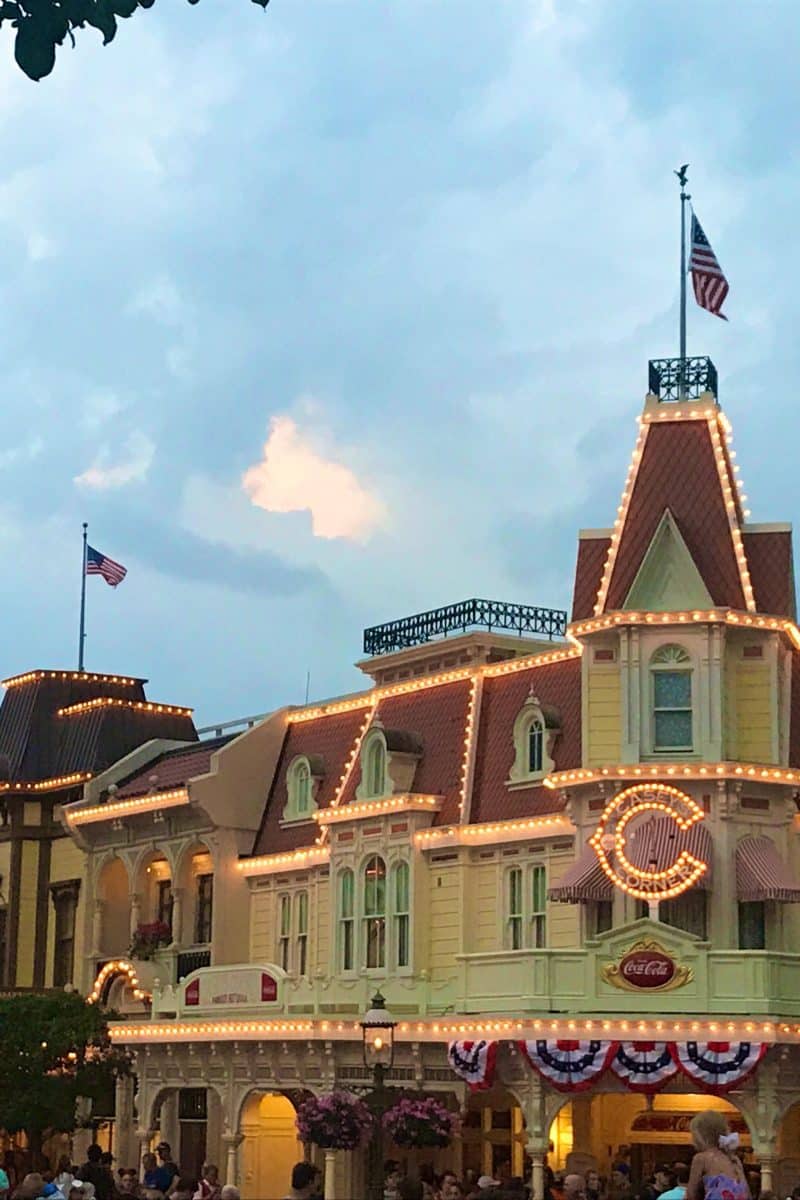 We staked out our spot and settled in to wait for the show.  There was plenty of room in the garden, but a lot of the views did have a light post or tree in way of the castle.  If an absolutely clear viewing position is important to you, arrive early. 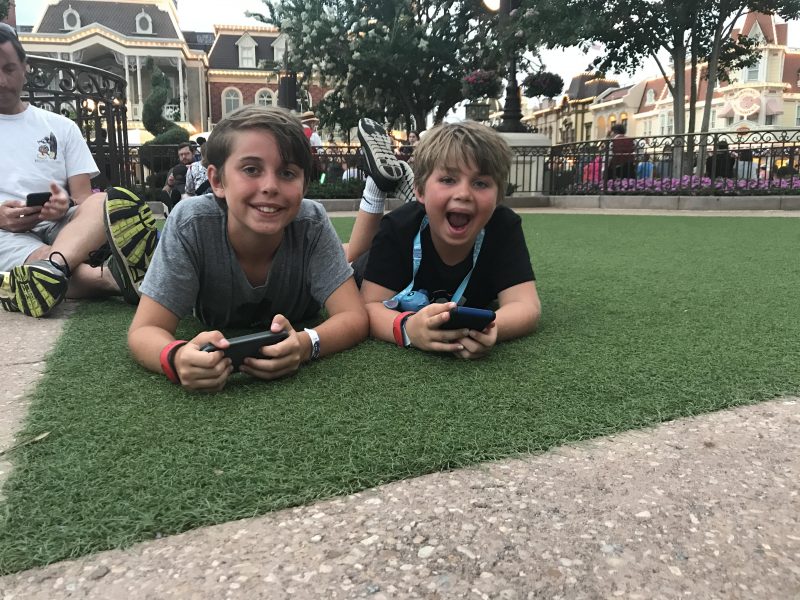 The sun fully set and the clouds became more and more ominous.  Just as the show was scheduled to start, the bottom fell out.  We all rushed back to take cover at our tables at the Tomorrowland Terrace. 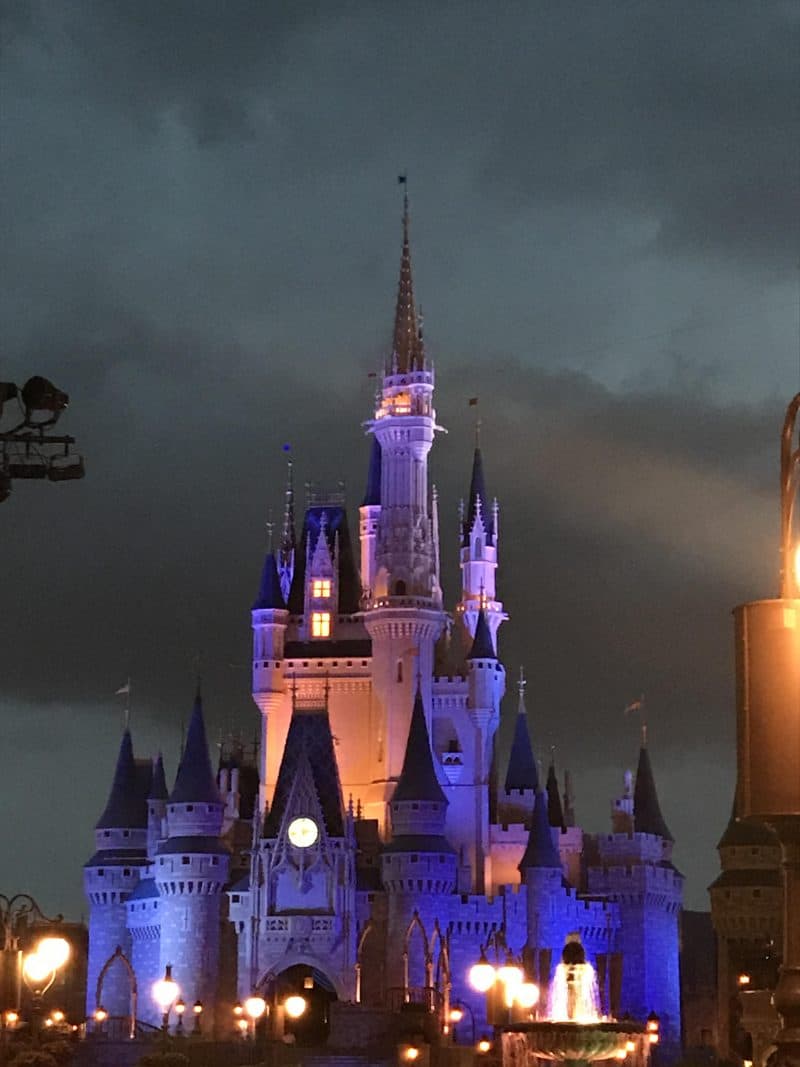 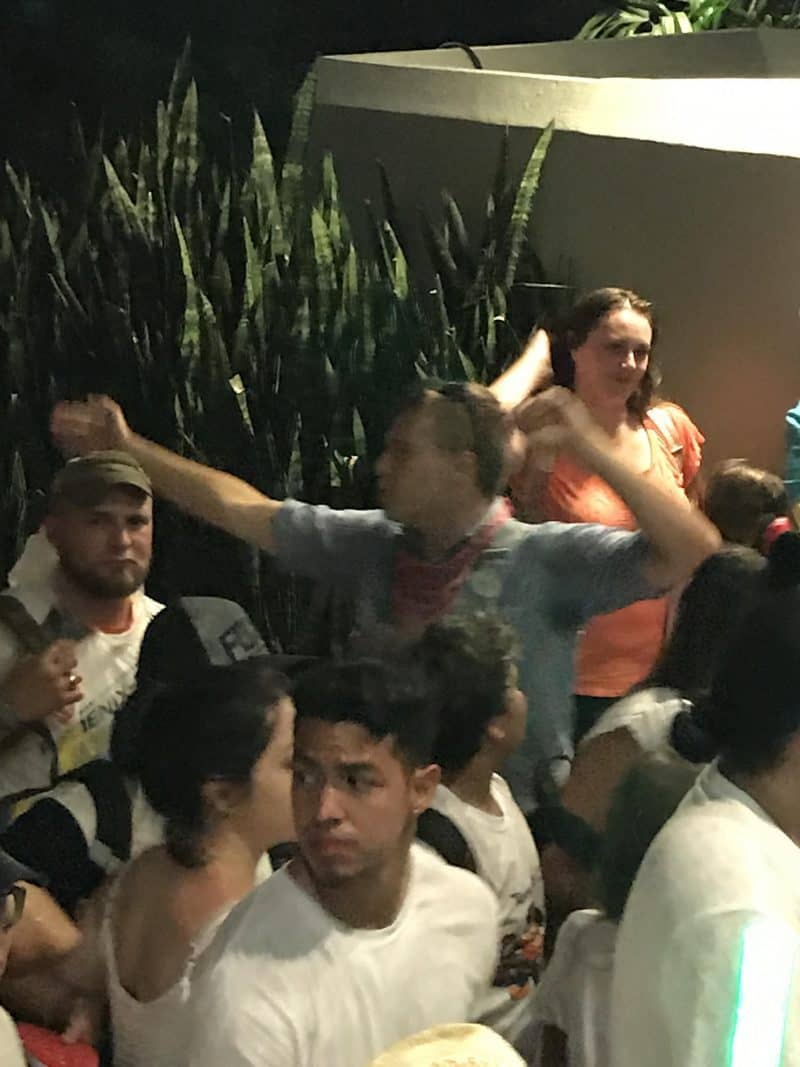 Honey and the boys were ready to go after waiting an hour but I reaaaaaaally wanted to see the fireworks.  When the rain slowed at one point we compromised and headed towards the exit.  The park was closing in about 10 minutes and we thought it was a lost cause.

Well, just as we were at the train station, the lights started to dim and the music started!!!!!!!!!  We rushed up the stairs and had a front row view of the fireworks looking down Main Street. 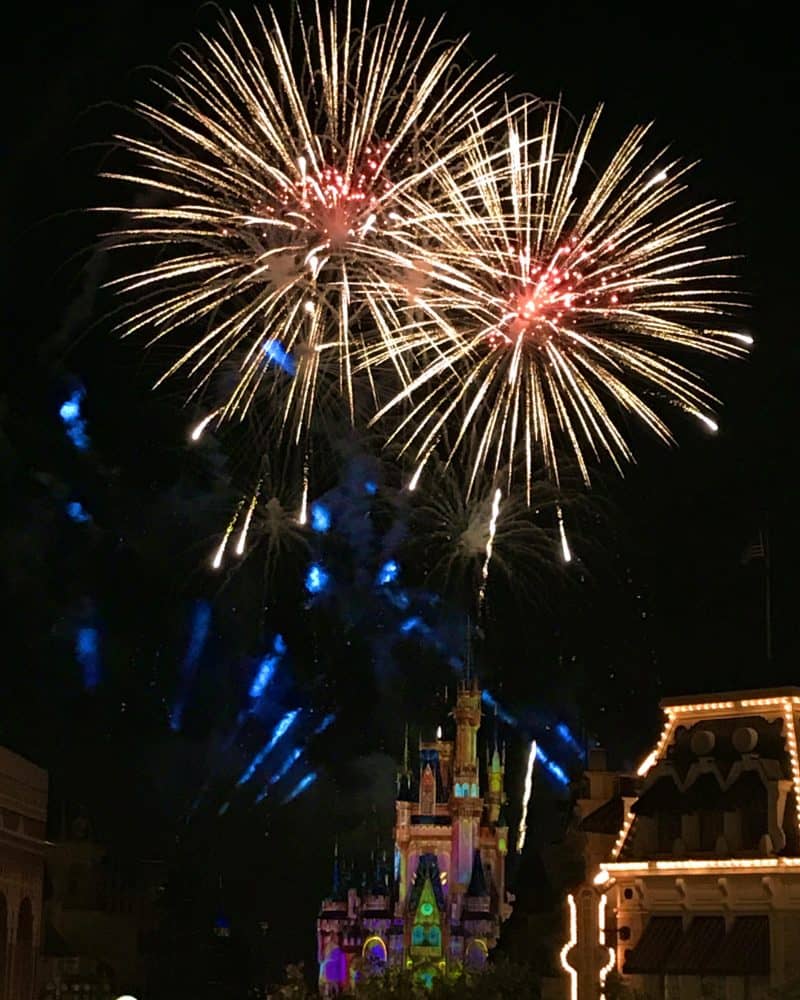 I really enjoyed the new show and was SO glad we stuck it out.  I didn’t love it as much as Wishes, but it is really top notch.  I just have so many memories attached to Wishes that I couldn’t flip my loyalty in one viewing :-)

Can you see the Moana fireworks in this shot?!  SO cool! 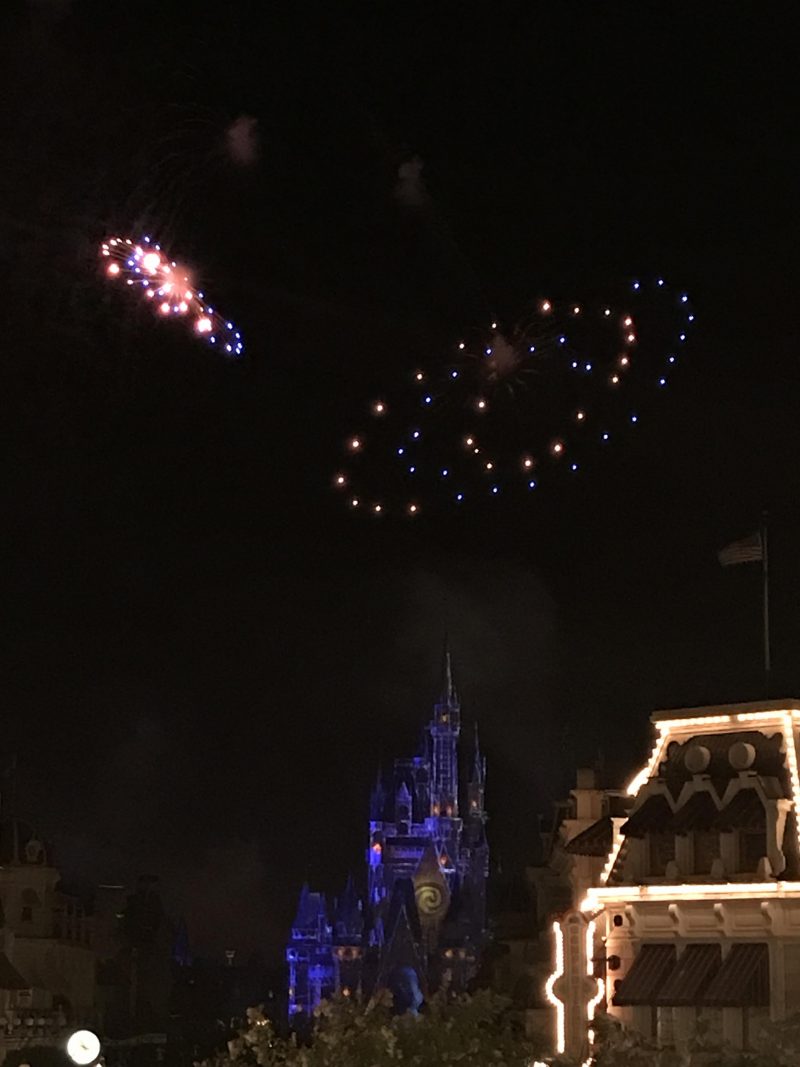 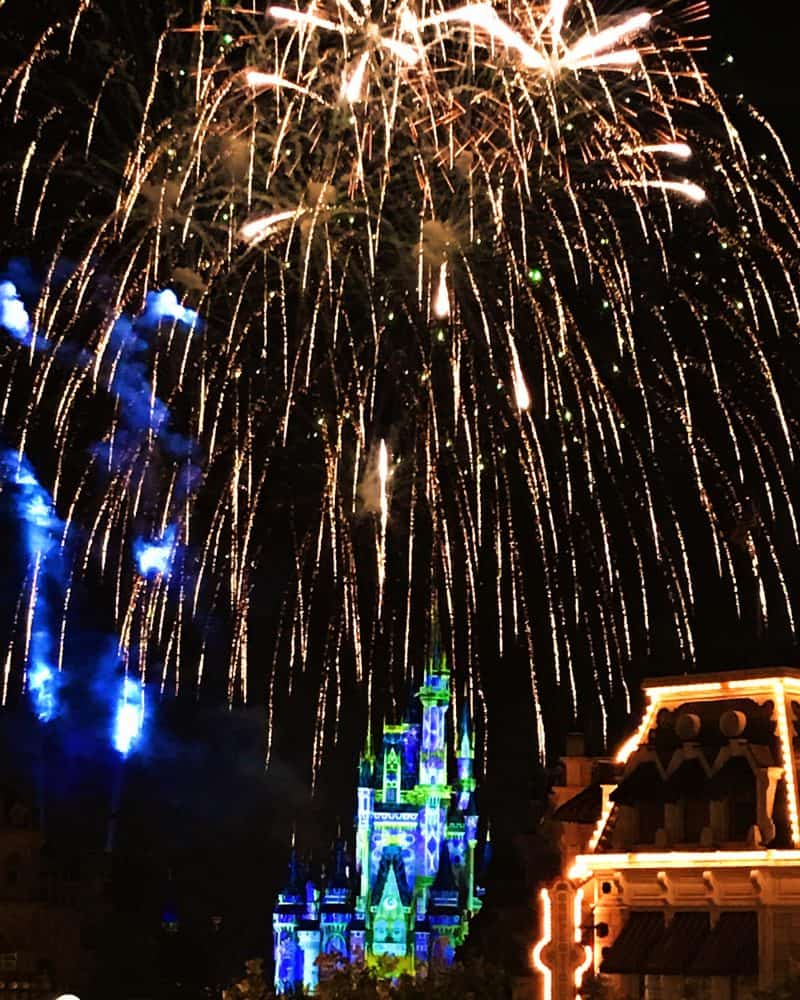 I hope that YOU had a magical Monday.  Please ask any questions… I am always happy to help!

CLICK TO TWEET: Try the Fireworks Dessert Party at Magic Kingdom for a magical end to any Disney night! @_DixieDelights_ #disnysmmc http://bit.ly/2stXPbL