The Savannah Bananas are back this summer for their second season in Historic Grayson Stadium!  We had so much fun last year that the whole crew headed out to the ballgame again this year. 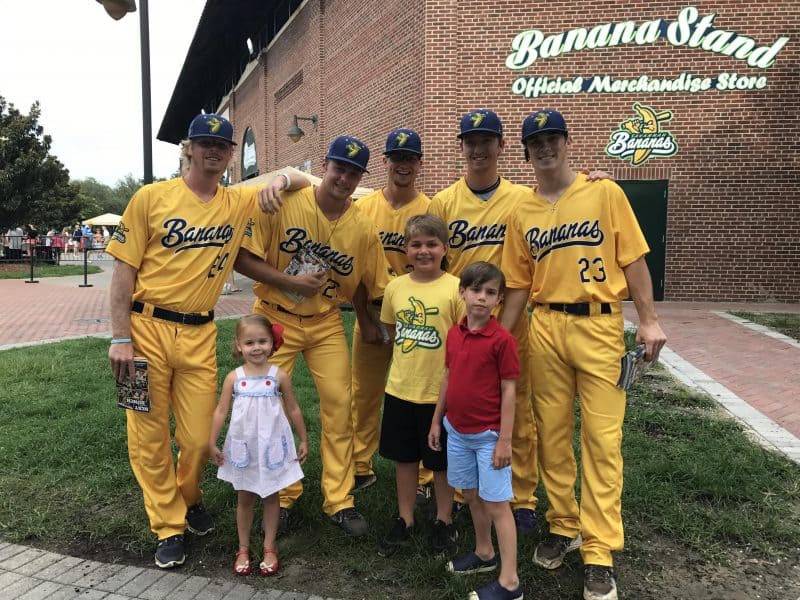 I’ve talked about our love of minor league baseball a few times recently and, while their stadium doesn’t have all the bells and whistles of the new ones, their games top our list for the fun factor alone!  (PS. Mother had her high school graduation here!) Just as the first banana was set to be thrown out, a huge storm rolled in.  While we waited it out, they entertained us with dancing, waves, fun music (all banana, baseball and rain themed!) and games like the Monkey Toss… 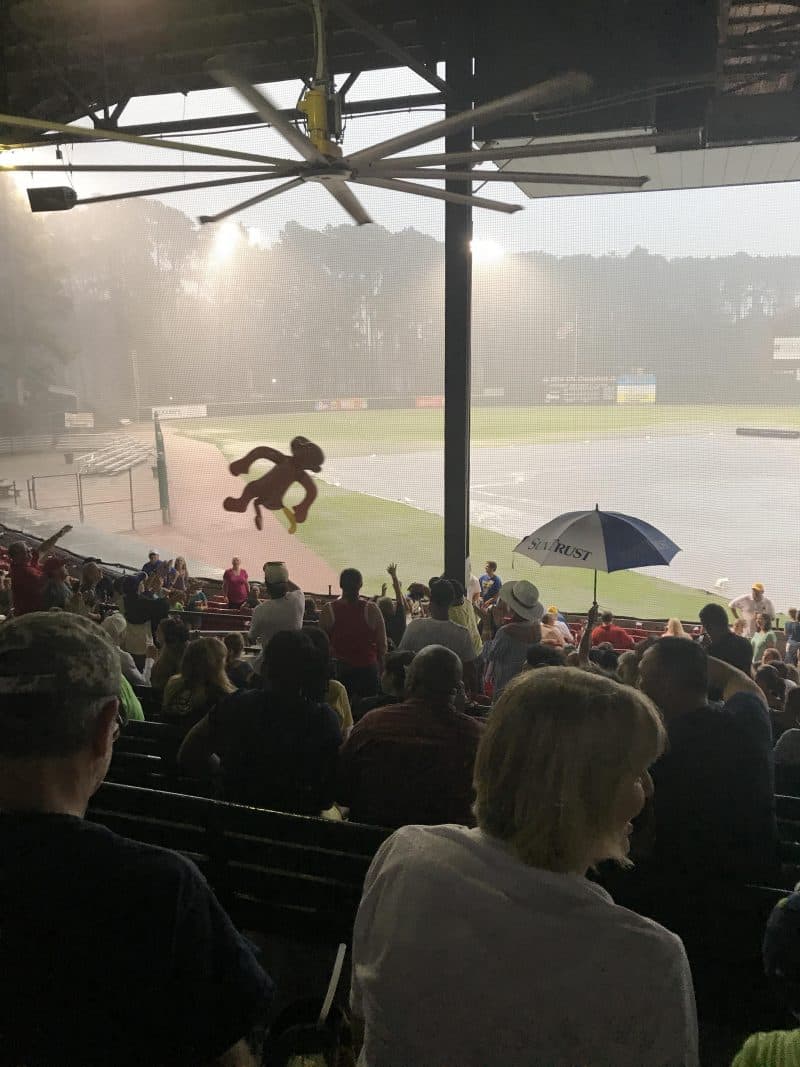 Another highlight was this rendition of It’s Raining Men.  They came out in their towels and carrying bath scrubbers to act out the song.  TOO FUNNY! 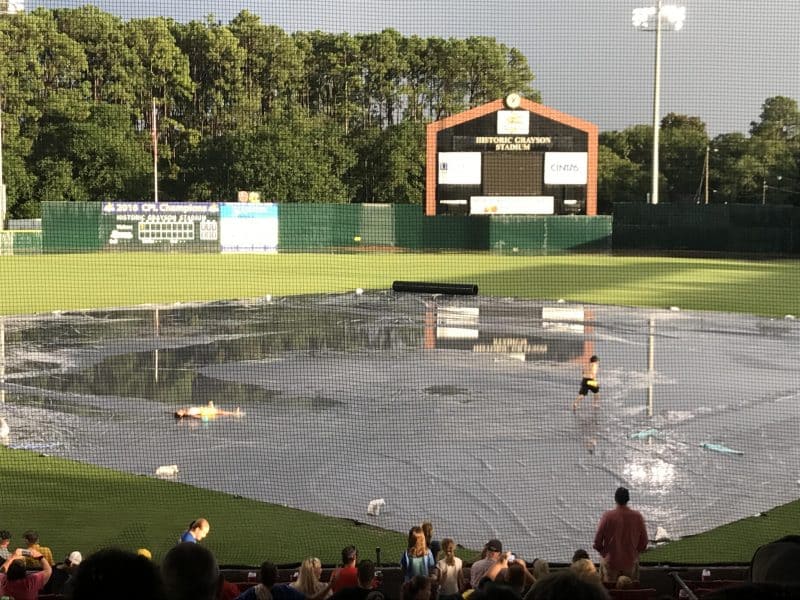 After the storm moved through, the umps called the field too wet to play on.  Strangely enough, we still felt like we had a whole evening of entertainment.  HA! 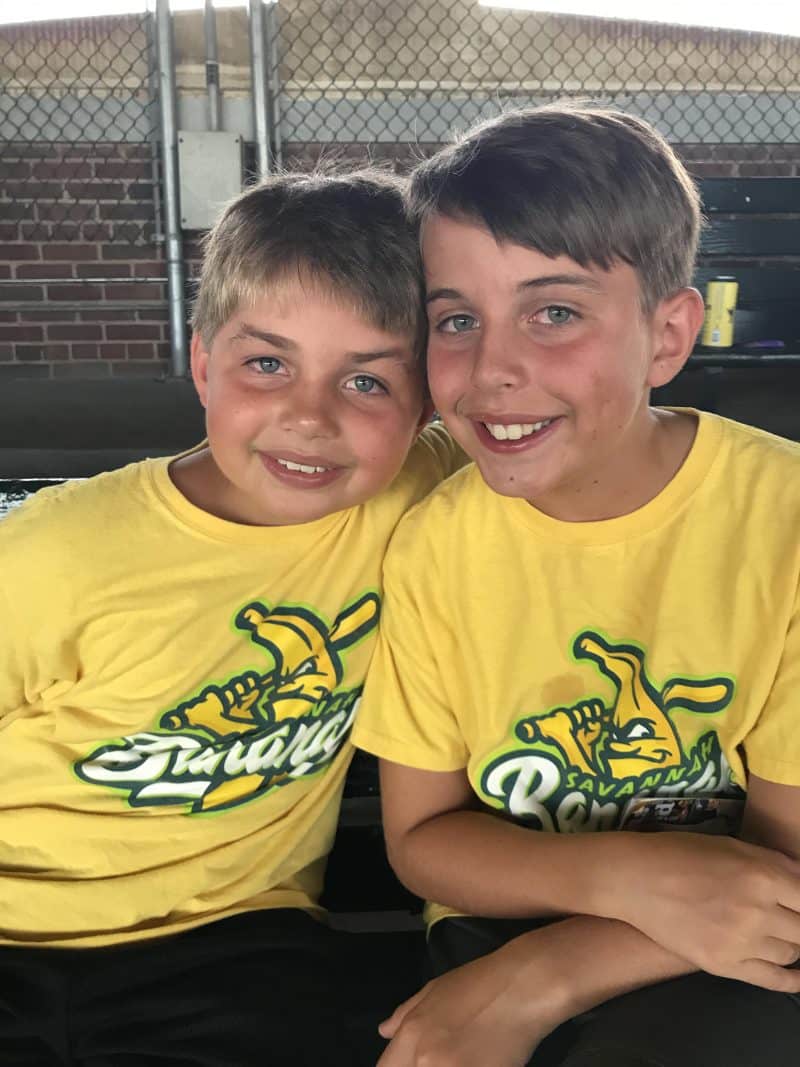 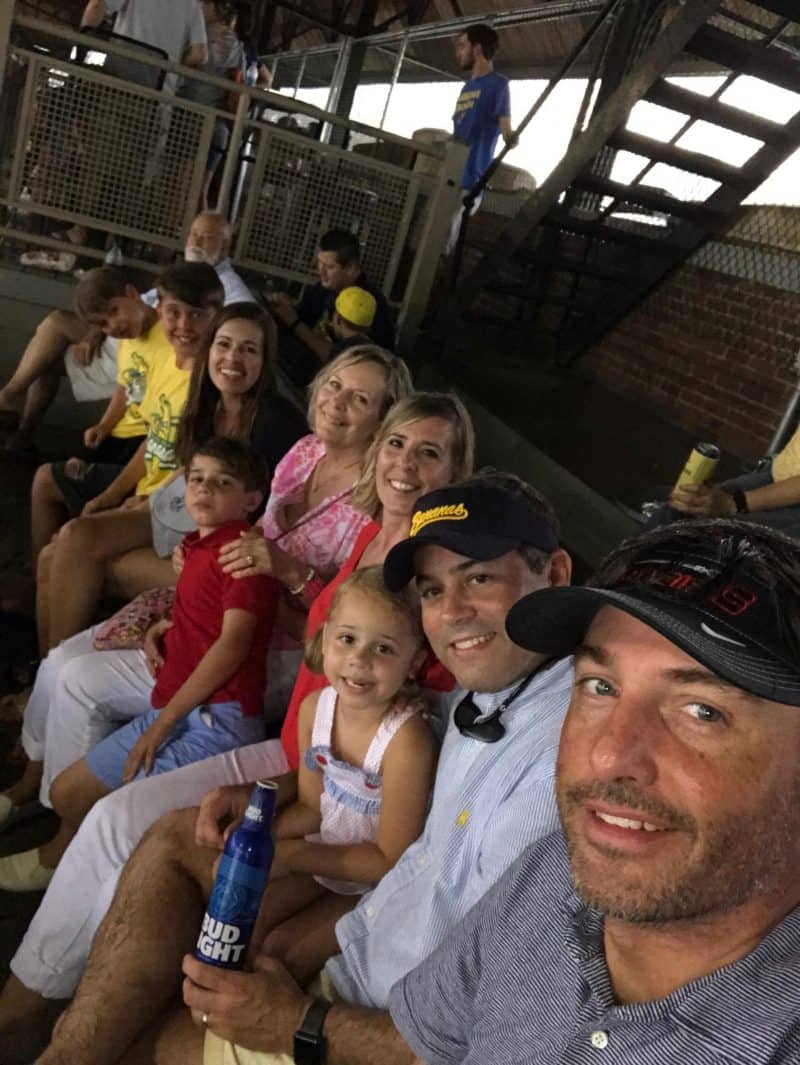 When they announced the bad news that the Bananas would not be playing, they also announced a new game for all guests that had bought tickets to this one!  Sadly my family won’t be in town, but Mother and Daddy-O have already arranged to take some friends in our place.

I can’t recommend these games enough!!

4 thoughts on “Monkeying Around with the Savannah Bananas”