There’s not a holiday I can think of that we don’t love to celebrate, and Mardi Gras is a perennial favorite around here. 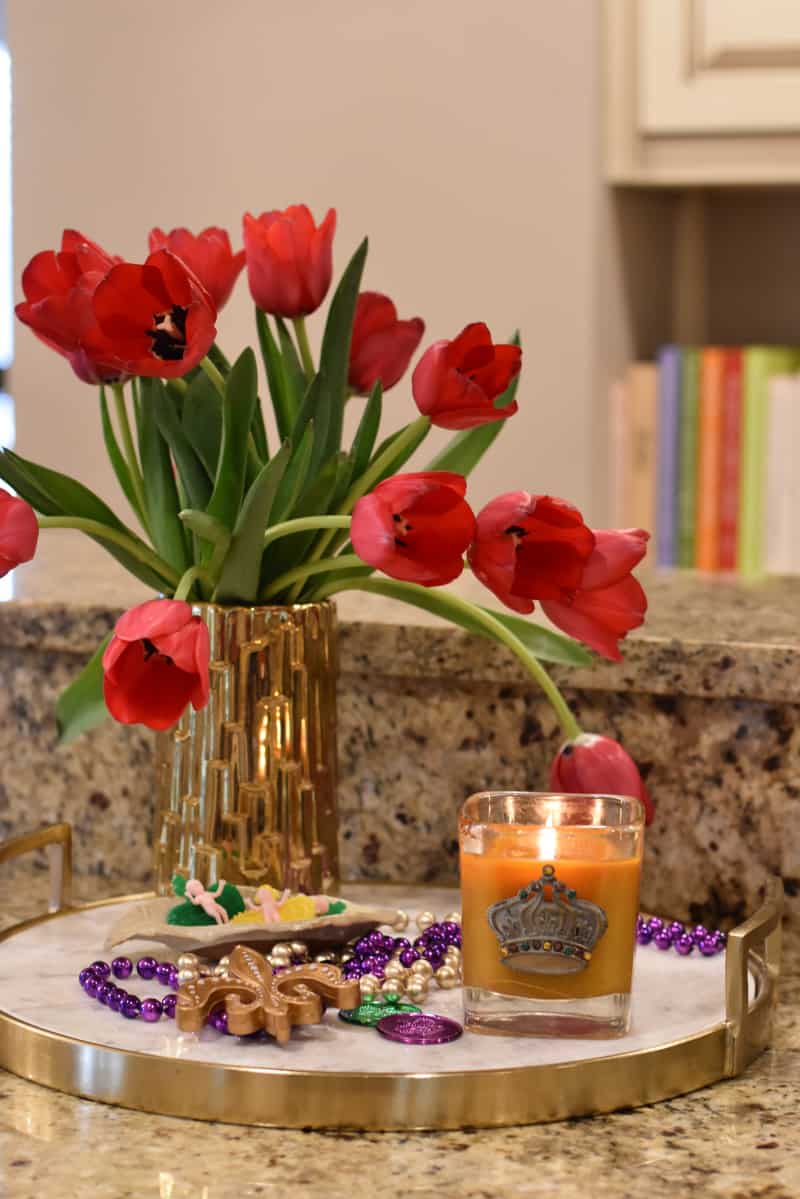 Thanks to my sweet friend A, who sent is a King Cake mix and King Cake coffee from NOLA, we have celebrated all season long!  Whit loved helping me make our first King Cake and we all enjoyed devouring it. 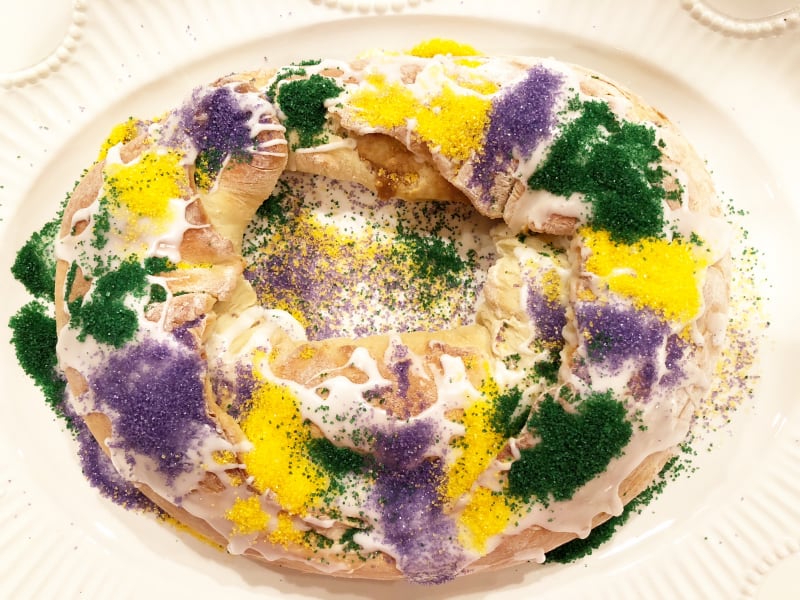 This coffee she sent was SO good.  I’ve restricted myself to just one cup per day to stretch it out as long as possible.  I brew it in my Keurig using these reusable k-cups. 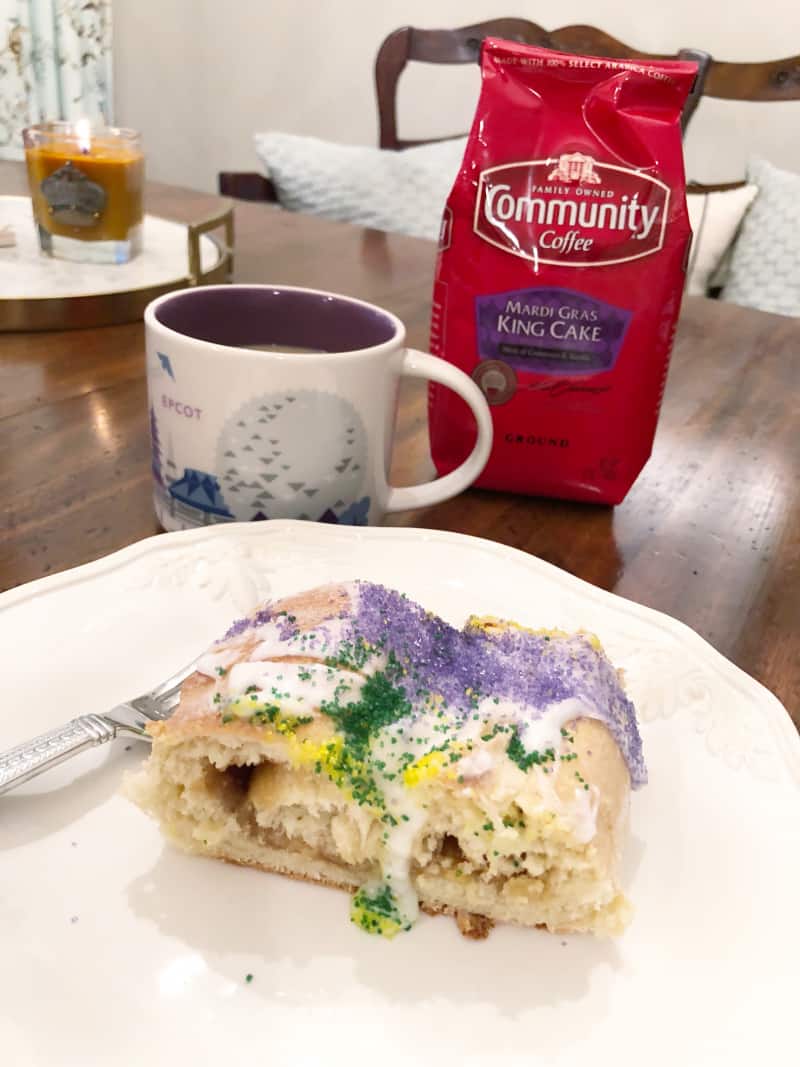 For Fat Tuesday, I made our annual jambalaya dinner.  I did it in the Instant Pot (my Valentine’s gift arrived a little early!) and will definitely share the details on that soon.  In short, I loved it! 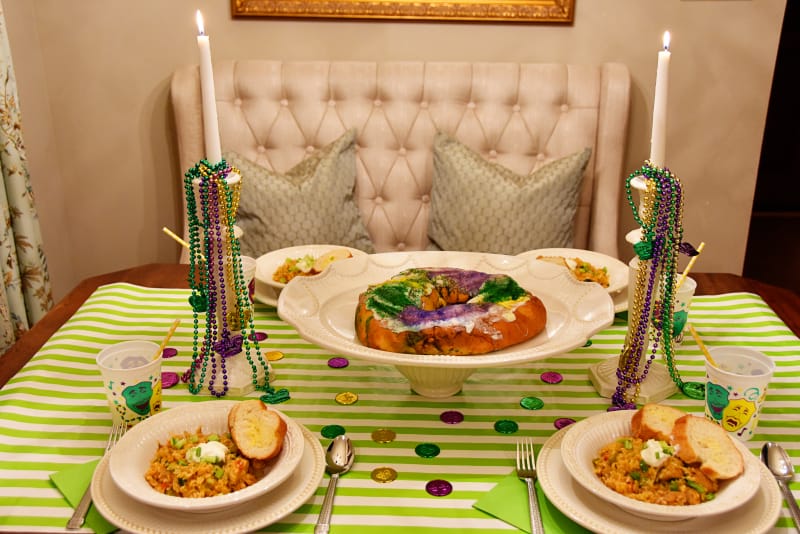 This year, a sweet and generous reader sent us a King Cake straight from NOLA to enjoy with our Fat Tuesday dinner!!  It was so yummy and such a kind treat.

King Cakes were thought to have originated in France around the 12th century as part of the Feast of the Epiphany, which is held on January 6th, exactly twelve days after Christmas.  This feast, also called King’s Day or Twelfth Night, honors the Magi, the Three Kings who traveled a great distance to bring gifts in adoration of the Christ Child.  The Feast of the Epiphany is the official beginning of the carnival season in New Orleans, which lasts from January 6th until Mardi Gras Day or Fat Tuesday, the date of which varies from year to year.

French settlers brought the king cake tradition to Louisiana and king cake parties in New Orleans have been documented as far back as the 18th century.  These early king cakes had a bean, coin or other small token baked inside.  In later years, a tiny ceramic doll was introduced as the token, chose to represent the Christ Child.  The lucky recipient of the piece of cake with the hidden token was said to have good fortune for the coming year. 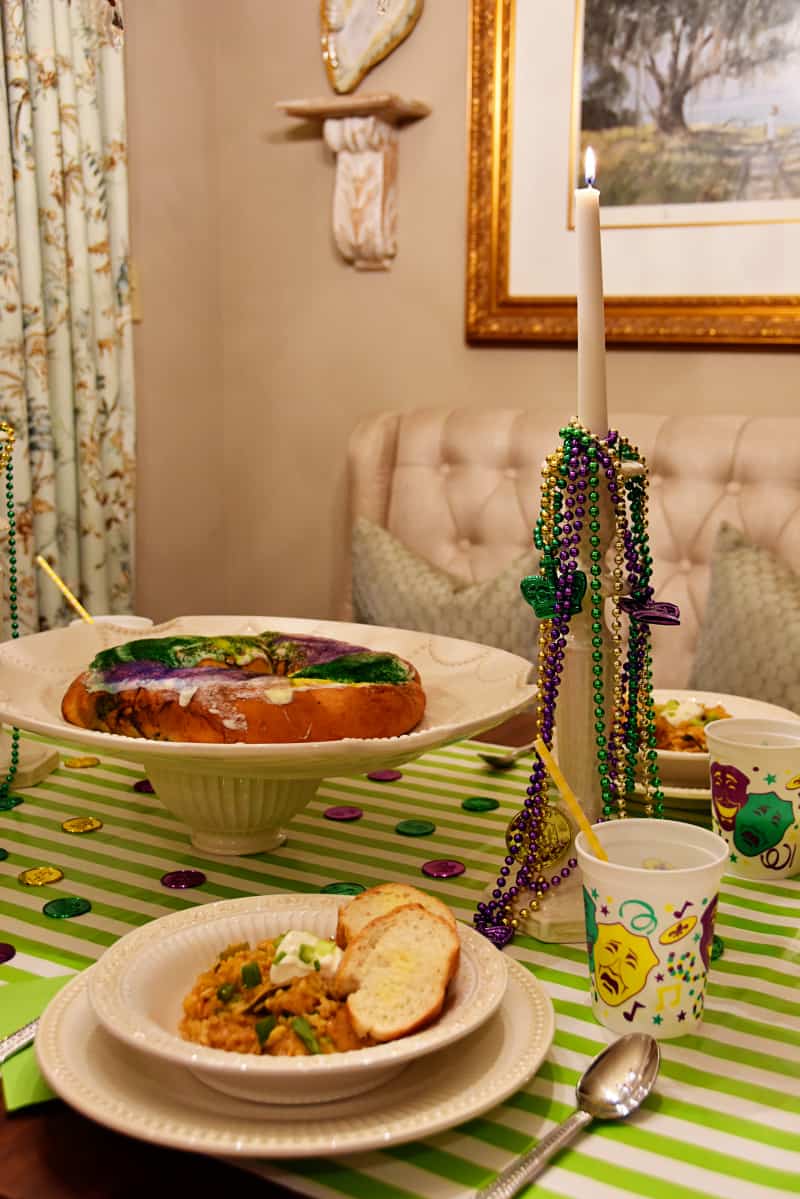 I love celebrating Fat Tuesday not just because it is fun and delicious, but also because of the history behind the traditions.  As Catholics, it is a great way for me to tie together Christmas, the Epiphany, and then the Lenten season which always starts the following day on Ash Wednesday.  <3

Happy Mardi Gras, y’all.  And many, many thanks to the girls that sent little pieces of NOLA to us here in Atlanta!