Almost exactly a year ago I attempted to show y’all how I spruced up a couple of nineteen dollar Ikea chairs with a custom, monogrammed, DIY slip cover. 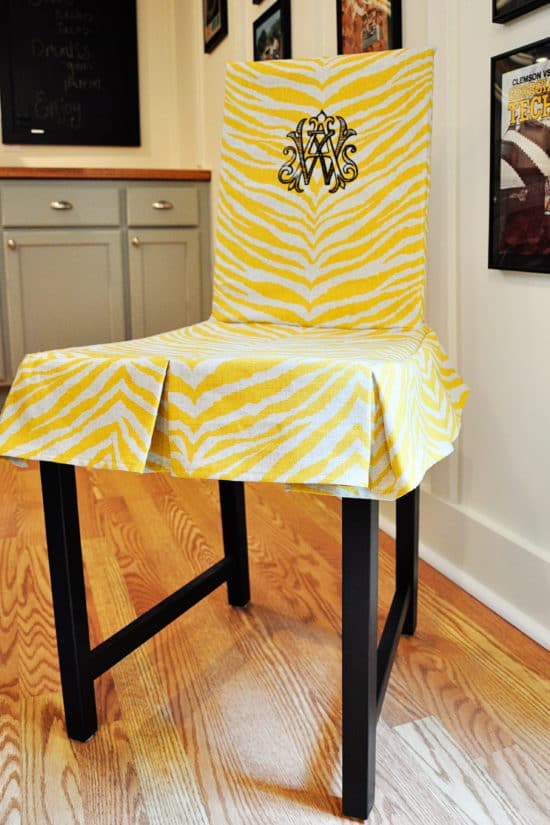 And coincidentally, I’m back three hundred and sixty-something days later with a second custom, monogrammed, DIY Ikea chair makeover!  Now, since I needed only two of these I went with what must be Ikea’s Cadillac of chairs, the seventy dollar Henriksdal upholstered chair with brown legs and the Gobo White slip cover.  (Note: If you go to buy these in store, the chair and slip cover are packaged separately so make sure you get both!)  I originally went in to get Harry because he was twenty dollars cheaper, but “Henri” was exceedingly more comfortable to my discernable hiney.  Here’s “Henri” out of the box and before the slip cover… 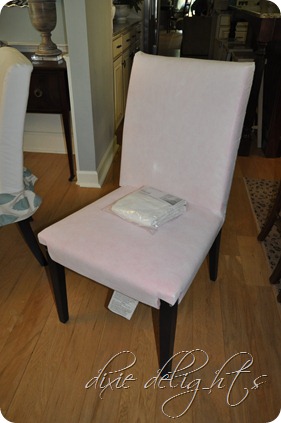 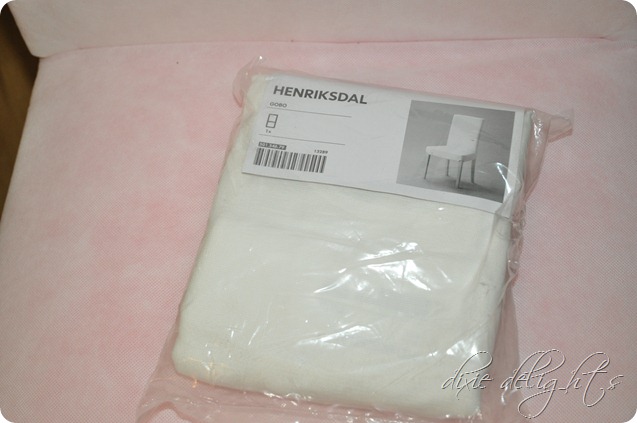 …and here he is today in all of his ruffly, monogrammed glory! 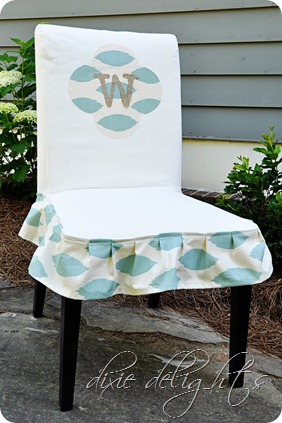 I used Premier Prints Chipper in Village Blue for the embellishments.  This fabric was a steal at under eight dollars a yard!  I used two 8” strips of the 54” wide fabric for the skirt on each chair.  Mother neatly hemmed both the top and bottom edges of each strip.  Then, I pleated and pinned the strips to line up with the seam on the slip cover and Mother did a simple top stitch to sew them on. 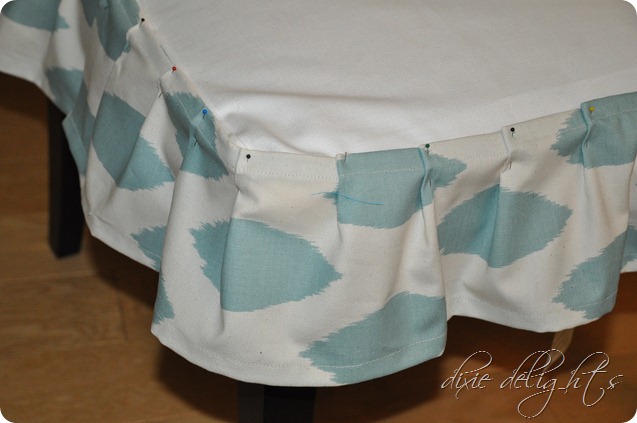 For the back of the chair, I cut a quatrefoil design out of the fabric using four bowls to get the shape right.  I then cut a “W” out of burlap.  We used Heat ‘n Bond Lite iron on adhesive to adhere the designs to the back of the chair.  We ran out of time, but Mother also always sews around the edges after using the iron on adhesive to ensure her appliques are pretty much there for life. 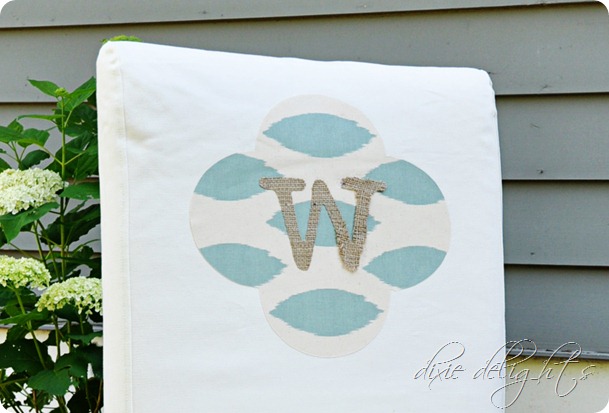 Henri and his twin will find their home on our new porch, hopefully sooner rather than later!  Never fear for their health and welfare…they will be situated well out of the way of rain and they are machine washable.
xoxo

17 thoughts on “Another Ikea Chair Makeover”