For the third summer in a row, John spent time at Tybee Island Marine Science Center’s Sea Camp.  I must say that each day when I pick him up, he is more talkative and excited about all the things he learned than at any other camp or after any day at school– and that’s saying a lot!  He seems to have a genuine passion for sea life and his love of the beach, ocean, marsh and rivers runs deep. 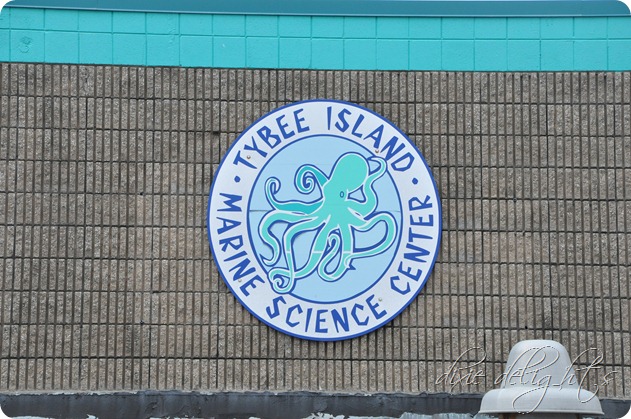 John explored the seashore, sea creatures and the animals on exhibit inside, all the while making loads of notes in his field journal.  Some of his favorite experiences this year were picking up a giant horseshoe crab (that we then ran across later on the beach…ewwww), catching a fish, and making a Japanese fish print tee shirt.  He dazzled us with expert knowledge about being a responsible beach-goer, he was sure to destroy any abandoned sand castles or holes (who knew they are so dangerous to the loggerhead turtle when left behind???) and he picked up every iota of trash left by others on the beach.  Perhaps his most memorable moment of the week was spying a pile of live sand dollars when out with his group on the beach.  He bolted from the teacher while she called after him – not having seen what he saw.  She said he grabbed them up in his arms and ran as fast as he could to deposit them safely back in the ocean while yelling “save the sand dollars!!!”  Be still my heart.  He sad to me later “Mommy, I guess someone accidentally left all those live brown sand dollars out of the water and didn’t know they would die.  Probably a lot of people don’t have much in their brain.”  He is wise beyond his years. 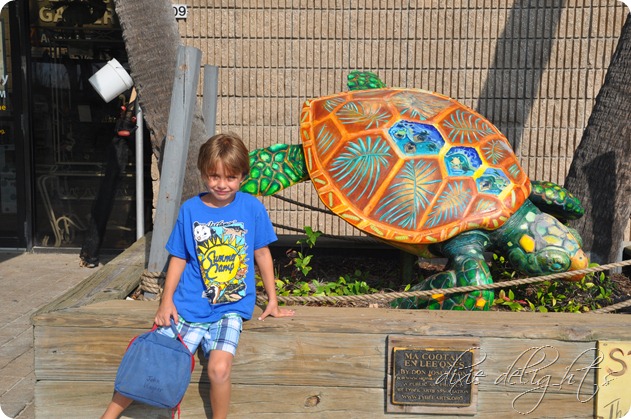 If you’re visiting Tybee, the Marine Science Center offers this great camp program each summer.  I love that it’s a modular program, split into morning and afternoon daily sessions.  You can pick and choose a schedule that suits your needs – attending a few morning and/or few afternoon classes if a whole day isn’t what you’re after.  In addition to camp, they also offer guided beach walks and have a small but cute little aquarium right there in the building.   Now, I can hardly contain my excitement that the baby will be able to join in on the fun next summer!!!  I mean, what will I do with myself?  Lie on the beach a read a book?!?!?! xoxo