We kicked off day 3 and the unseemly hour of 3:30AM. These runDisney races do happen early! It was about ten degrees warmer than the 5k, so that was a welcome change! And, the course was even more fun than the 5k… just after we started we ran under this overpass with Anna and Elsa chatting it up and making it snow on us. *blurry moving iphone picture* 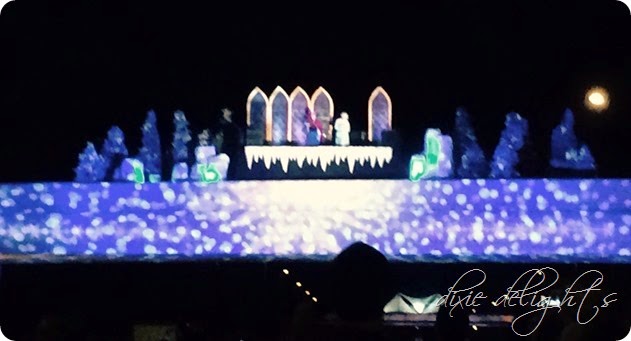 We dressed as Alice, Cheshire Cat and Red Queen and were THRILLED to happen upon White Rabbit as the first character on the race course! 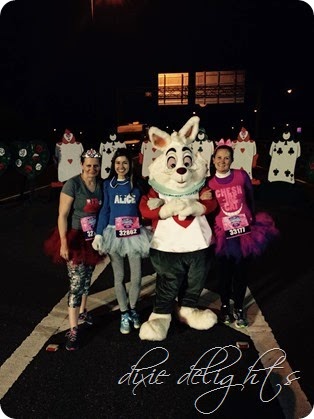 For the second day in a row, we watched the sun rise over Epcot.

This course took us down the Boardwalk. It was such a beautiful morning! 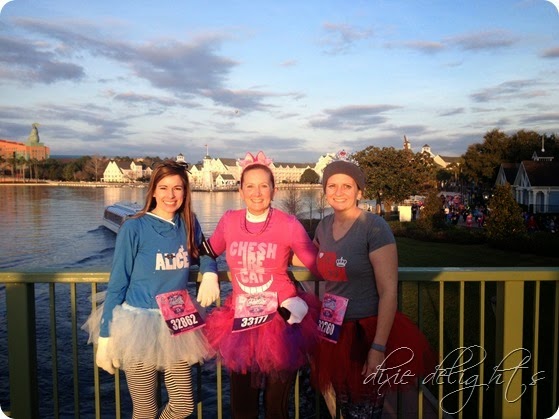 And I cried when we crossed the finish line. A year ago, in my wildest dreams I was shooting to easily complete a 5k. And here I was at the finish line of my first ever 10k with my oldest friend in the world. Y’all know it wasn’t easy getting here but I DID IT!!!!!!!!!!!!!!! 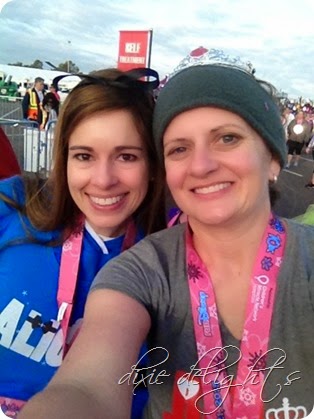 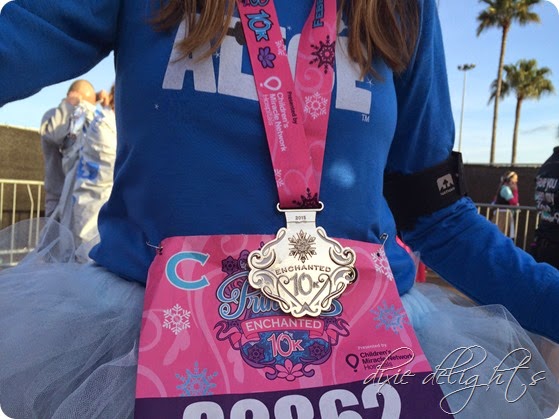 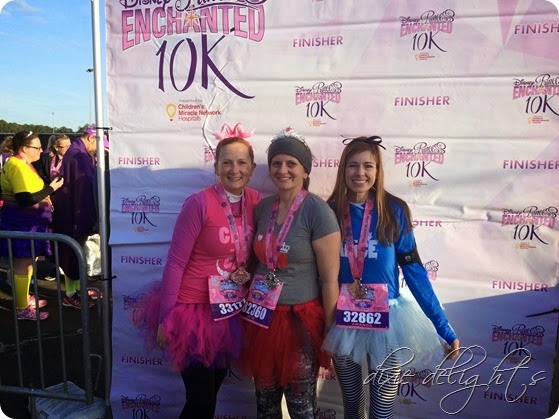 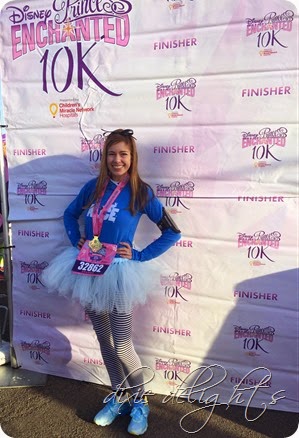 After downing the snack box and a hearty piece of birthday cookie cake, this was our lovely view for a while back at Caribbean Beach. 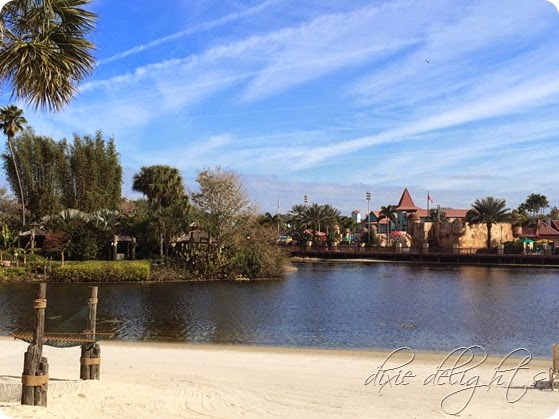 We showered up and hit the ground running again! 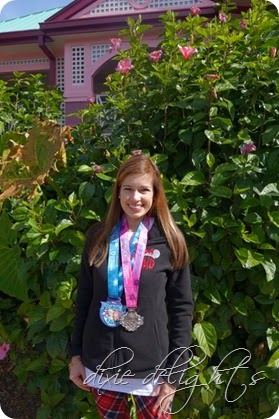 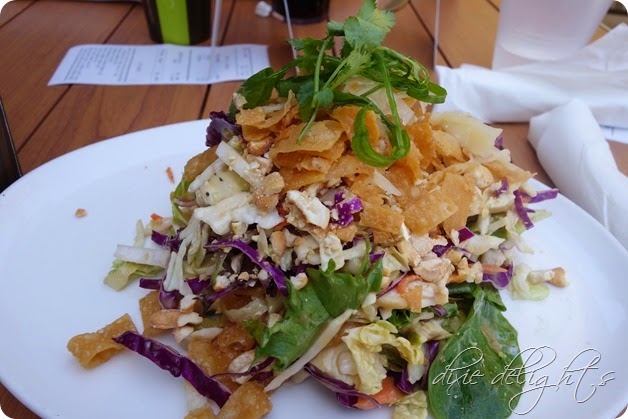 …and then it was back to Hollywood Studios!!!!! 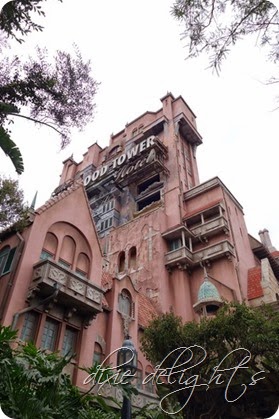 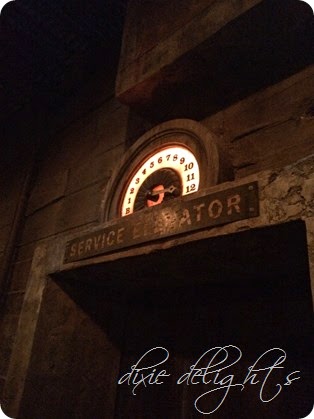 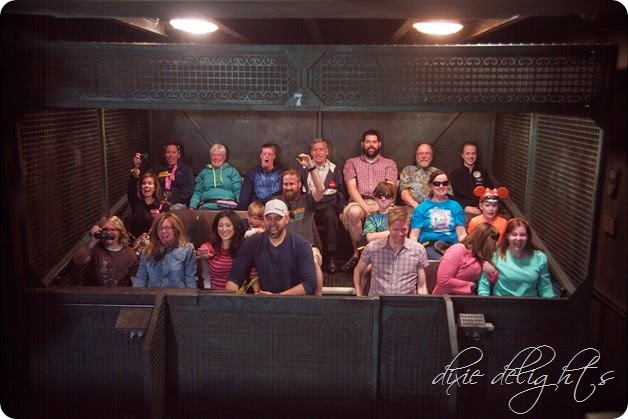 I HAD to meet Oscar!! 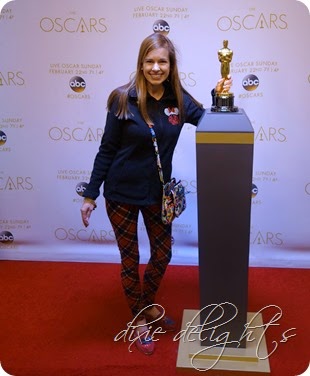 And I FINALLY got to take a leisurely tour of One Man’s Dream. My boy crew has never indulged me in this! It was SO good and I would highly recommend taking the time to do it. 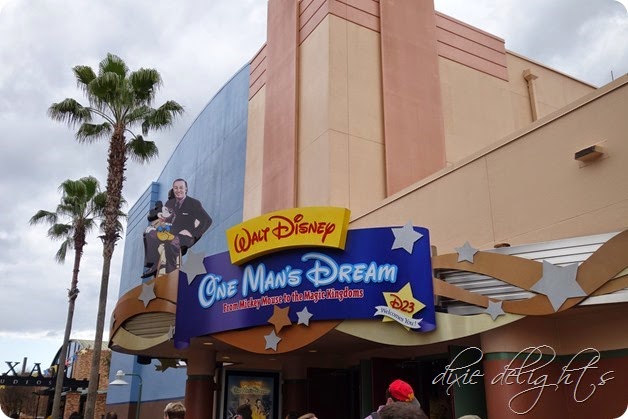 When it was all said and done, I’d pretty much done a marathon between a 5k, a 10k and three theme park visits!

It’s no wonder these feet were ready for some rest! 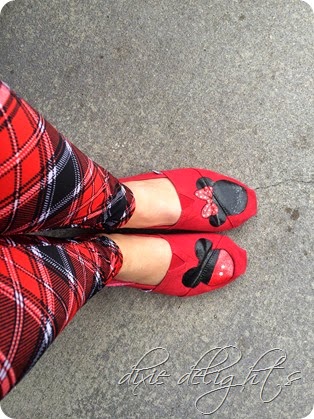 And that’s a wrap for this trip. Wonderful memories were made with some of the best friends I have. We just get each other, you know?! I SO hope that we will be back again in 2016. Three of us will be celebrating the big 4-0 within two months of Princess Race Weekend.

I’m already looking forward to our next family visit to Disney, and I’m super jealous that Mother and Daddy-O will be going on a Disney Cruise (without us… why?????????????) AND Sister and her family are headed to the World (Take me!!! I mean, I AM her littles’ Fairy Godmother!!!!) in the next few weeks!!!!

Last but not least, can y’all believe the snow *finally* coming down in Atlanta? We’ve already had a snow day without snow, so the littles were thrilled to finally get to see some. 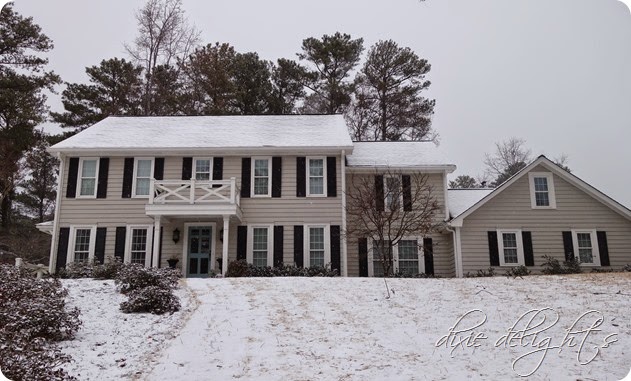 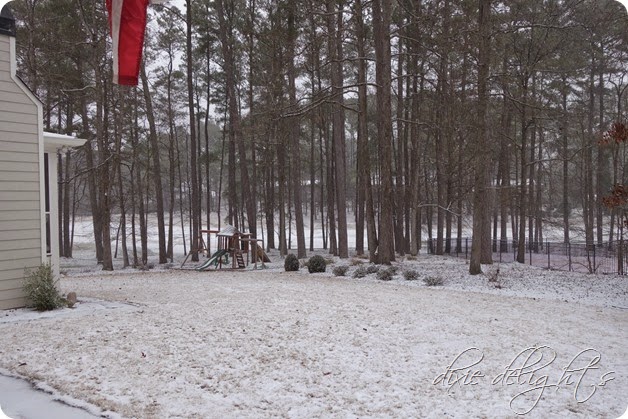 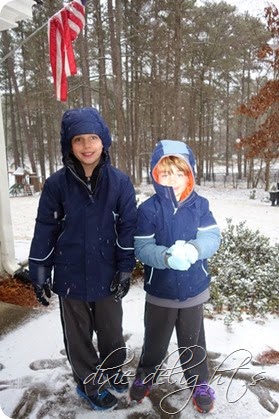 I’m not-so-secretly hoping school will be called off tomorrow, as a day of games, puzzles, hot chocolate, chili and treats sounds divine.
xoxo