Last night was a BIG night for the baby.  One of those nights when you’re so very proud and they are so genuinely happy that your heart wants to burst with pride and joy.  “Big Hit Whit” lived up to his nickname and was the first to hit the ball over the fence.  Not just once, but TWICE in one game!!!!!The first time… 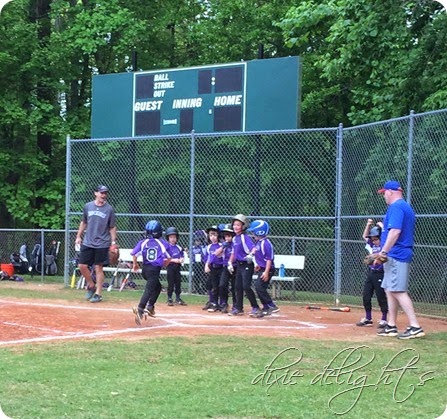 …and then the second time at his next at bat!  His sweet little team mates rushed the field for hugs and high fives.  Mommy is sitting in the stands trying not to cry as her baby cruised by third base to give his daddy-coach a high five. 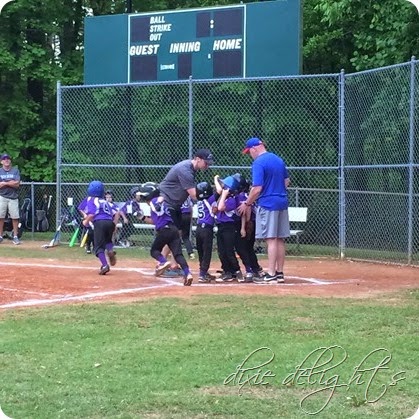 The thing about Whit is that he’s easy going all the time.  He never gets really upset, but he never gets really excited either.  Much like his Daddy.  So he had an AMAZING game… not just with these two hits, but also making four outs and another inside the park home run in this very game… and he wasn’t dancing on the field and screaming how awesome he is (that would be his big brother’s style).  Rather, he smiled like he’s never smiled before and didn’t say a word. 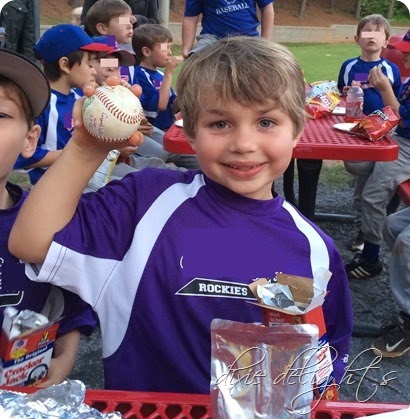 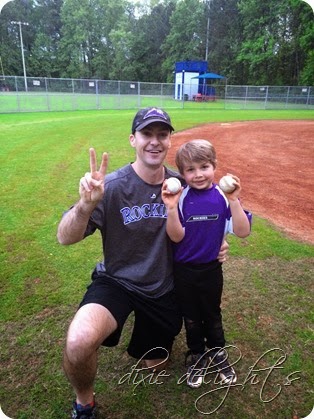 So, even through we didn’t leave the field until 8:30 on a Monday night, we asked him what he would like to do to celebrate.  And just like that we were off for ice cream!  Two toppings and loads of smiles.  He carried his two home run balls in to school today because not only is it his “share day”, but it’s also “Interesting Fact About Me Day” on the ABC countdown to summer. 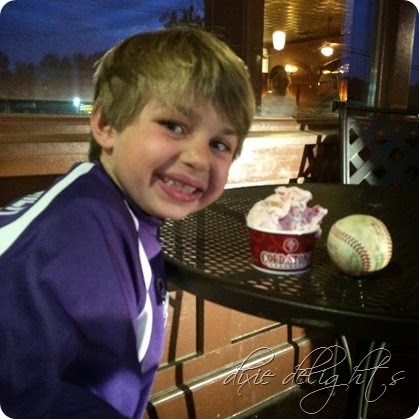 This is what being a parent is all about.  Standing by as your child makes one of their six year old dreams come true.
xoxo