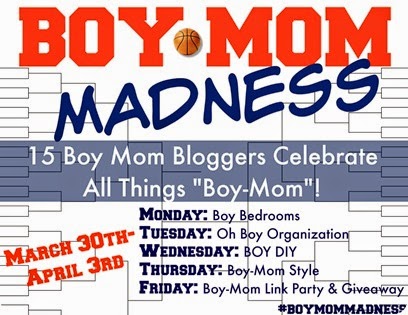 As y’all know by now, we celebrate BIG around here.  And April Fools Day is one of our favorites!!  My boys delight in all things silly.  They act silly, they say silly things and they absolutely positively LOVE it when Honey and I join in on the silliness.  It’s like silly to the power of four.  So, I thought I’d stretch the “DIY” umbrella today to share what is one of the silliest and most anticipated nights of the year with our boys… the April Fools Day dinner! 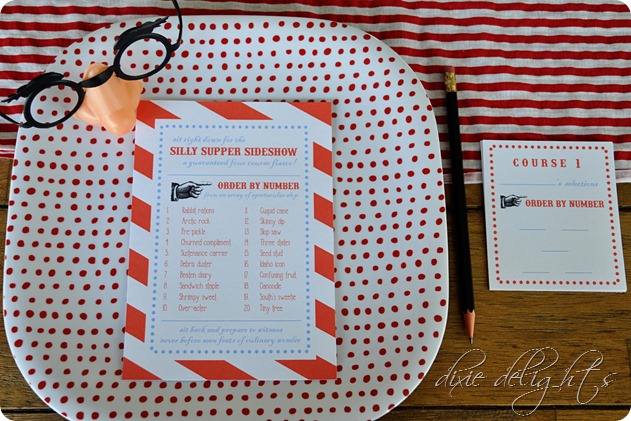 The boys awake to find dinner party invitations on their pillows!  But not just any dinner… it’s a four course fiasco.  Going from silly descriptions on the menu, they place orders for all four courses at the beginning of the meal.  You can only get each item one time and can’t have any repeats. 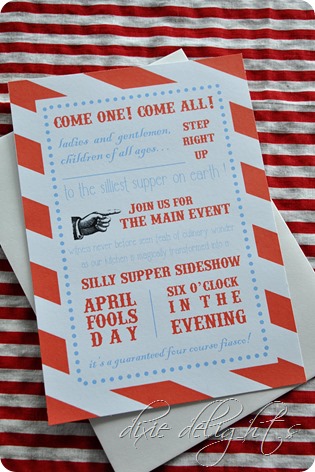 The meal itself is simple to make and can mostly be prepared earlier in the day.  The real fun begins when the food starts hitting the table.  John’s second course, for example, was a fork, napkin, ice cubs, pat of butter and sliced cucumbers.  HYSTERICAL to two little boys. 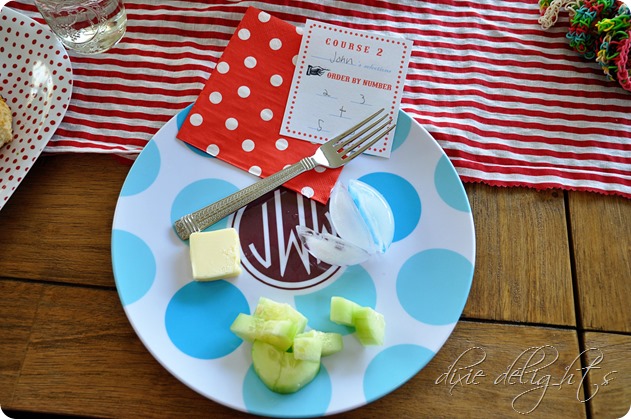 I’ve got all the details as well as free printable files for everything HERE.  I’ve also done a Disney themed version HERE.  Aannnndddd, you can see ALL of our April Fools Day shenanigans HERE!

I’ll be back tonight with pictures of the 2015 event!  I’m already giggling with anticipation.  In the mean time, be sure to hop over to the other boy mom blogs and check out their BOY DIYs! 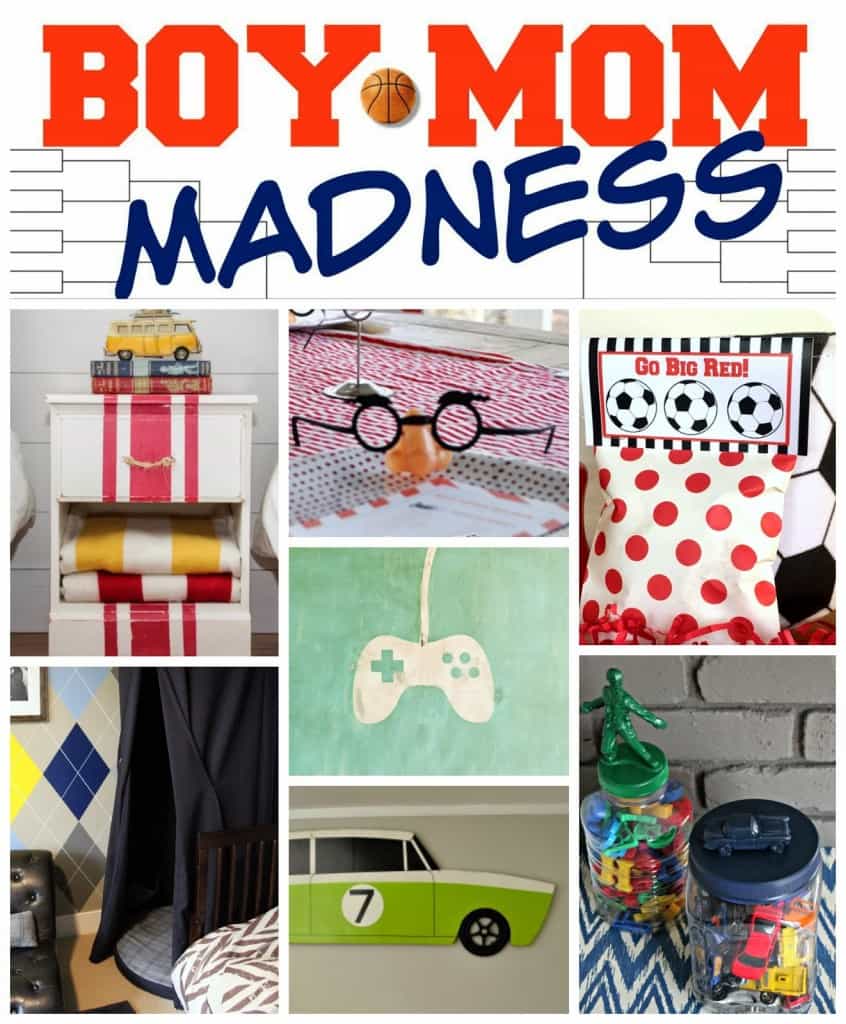 We’ll wrap up Boy Mom Madness on April 3 with the ULTIMATE BOY MOM prize pack and a link party for you to share your favorite boy mom ideas!

We swapped the boys into each other’s beds last night so they woke up as their brother.  We called them by the other’s name, fed them the other’s breakfast in his brother’s seat and carried on like that all morning.  They were SO confused but thought it was hysterical!!  With that, I’ve got to get cracking on prep for our little party tonight!
xoxo

UPDATE:  We’ve had our super silly supper and it was a HUGE hit for the third year running!! 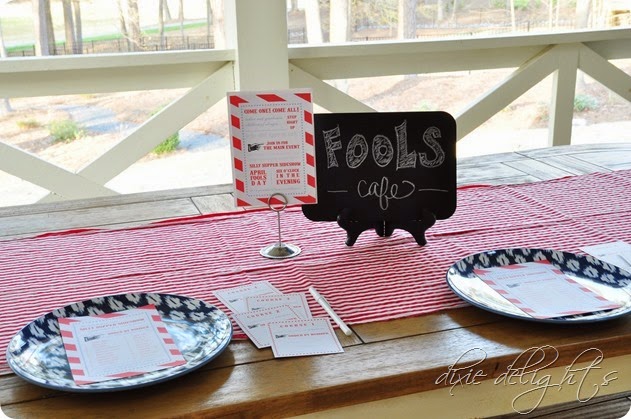 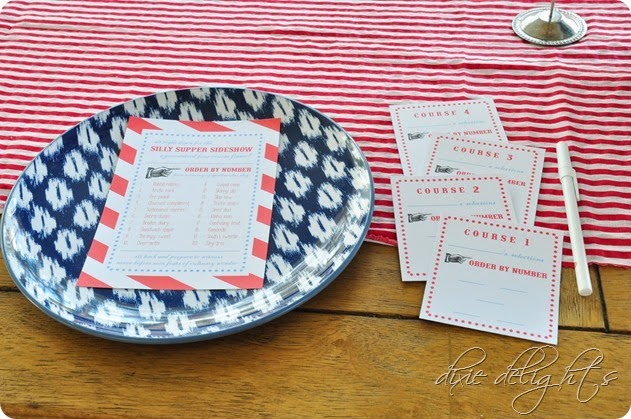 When you don’t order a fork, you have to eat with your hands!  He did pretty good on this one getting the tomatos on the salad and strawberries on the shortcake… 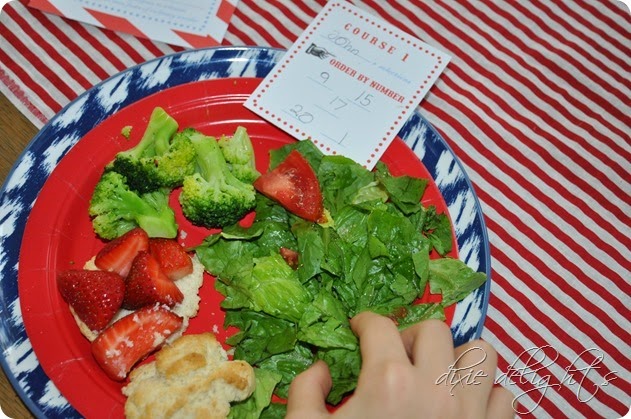 These were the kinds of plates that had us cracking up.  Whipped cream, mashed potatoes and a cup of ice… 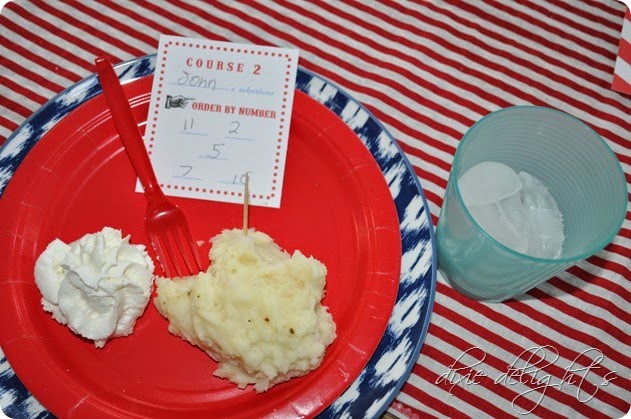 Our day was silly from sun up to sun down.  They really started playing along with the whole waking-up-as-your-brother game after school. 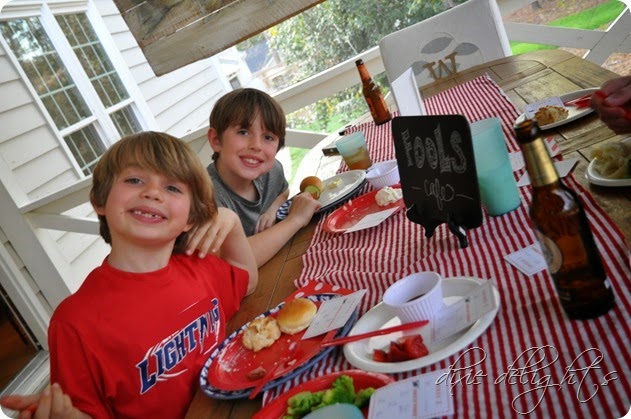