Last week the third graders all peddled their wares, while getting some real life exposure to supply and demand, marketing and selling, at Market Day.  The only rule was that you had to make 12-15 items and couldn’t spend more than $5-10.  Since the sign up sheet came home and went back while I was in Vegas, I was overwhelmed (is that the right word??) to learn that John signed up to make Minecraft Keychains.  He remembered me showing him a pic of some that a little friend at a different school made earlier in the year.  After a quick convo with his mother, and she even hooked us up with the keychain pieces since they would have taken a month to get here from China, he was in business! 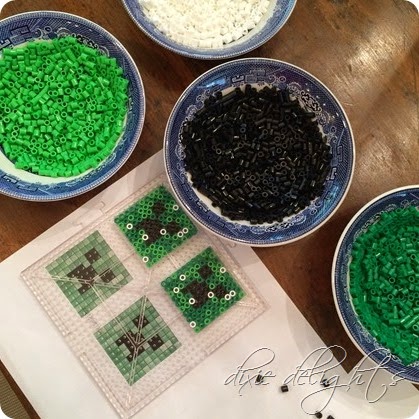 Now, if you aren’t familiar with Perler Beads, they are really fun for making all sorts of colorful crafts and my littles are as addicted to them as they were to the Silly Bandz of yore.  They place them on peg boards to make designs.  Then you cover them with parchment paper and iron them to merge the beads together.  I let John do this for his project with strict supervision, but I still do it for the baby.

Here are links to the supplies he used:
Perler Beads

Over the course of a few days, John made all 15 plus one for himself. While I was out one weekend day, I came home to find that he had made one larger creeper with a big mustache.  Of course both of the littles thought it was beyond wonderful.  When I inquired what he was going to do with just ONE, he wasn’t sure.  So with just the teensiest bit of brainstorming, he decided to give it away.  I suggested a raffle, perhaps.  He loved the idea so I dug the old fishbowl out of the garage and he cut strips of people for entry ballots.

Then it came time for the marketing (which he claimed they didn’t have to do, but that’s what I have my MBA in so I couldn’t let it pass… LOL).  He decided to sell the key chains for a starting price of 5 cents, and the raffle tickets for 1 cent, knowing that each kid only got to spend 30 cents and with the understanding (after MUCH convincing) that you can easily put things on sale but it’s much harder to raise the price later.  He also went ahead and attached his to his backpack earlier in the week to start building a buzz for his product.

I set him up on powerpoint and he made the two signs.  I asked him how he was going to display his products nicely on his desk and he had no idea.  So, I told him to hunt around the kitchen and basement and see what he could find.  The green plastic tray was perfect! 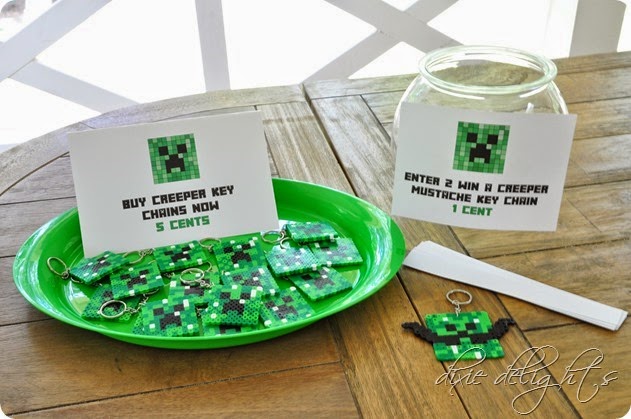 Of course I wasn’t there for the big day, but he came home thrilled that he SOLD OUT of key chains, sold enough raffle tickets to FILL the fish bowl, AND made the most money in his class.  He said he thought the raffle was the best part of his “shop” because by the time the last class came through they were practically out of money and he was sold out of key chains.  Many of them bought raffle tickets with their last few pennies for the chance to win something they couldn’t afford and wasn’t even available to buy. 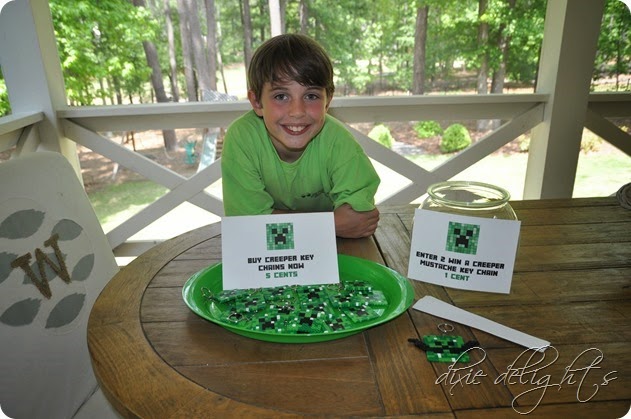 He was a little disappointed that he was told “his raffle wasn’t fair because everyone didn’t have one.”  I nipped that in the bud by assuring him that having a GREAT idea (as long as you aren’t cheating the stated rules) is in fact ENTIRELY FAIR and the only way to really be successful in life.  I also never want to ever hear my boys use the reverse logic to say that it isn’t fair the next time someone has a better idea than them or outperforms them in any area.  Sometimes life for this generation is concocted to be way too “fair”, where nobody can be great and everyone is vanilla.  It drives me nuts.  Being successful because you are creative and driven and talented IS FAIR – at school, on the field, in business and everywhere else.  Okay… I need to stop this train of thought now :-) 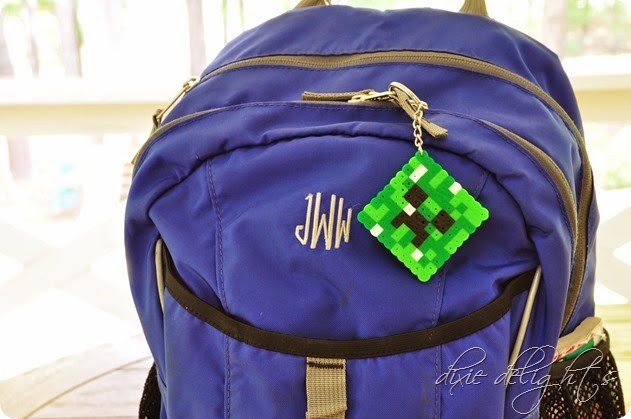 Anyhoo… I’m super proud of the boy and think this exercise was chocked full of GREAT life lessons!!!  And THANKS to MZ for the guidance and key chain hookup.  Now, how many days till summer????
xoxo