John’s latest school project was a “Cereal Book Report”.  Based on a book they were currently reading, they had to invent a cereal and then make a commercial to promote it.  As luck would have it, he is the throes of the Harry Potter series.  I mean, thank goodness!!!  His obsession with all things Potter (dare I call him a pot-head?!) made this SO much fun.  A real delight to see him work on! 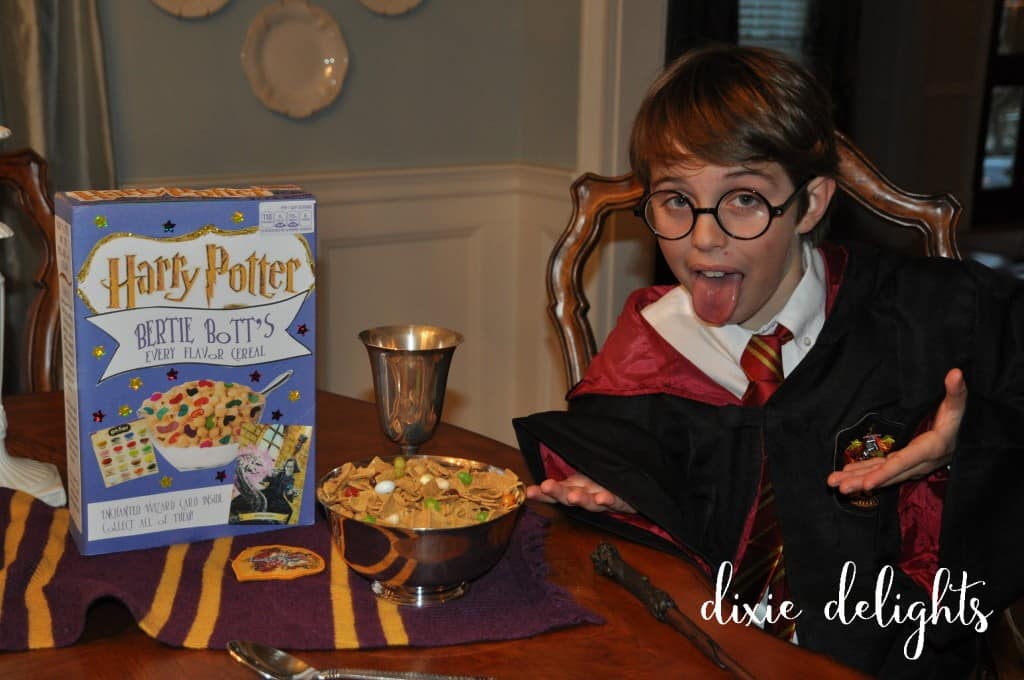 John invented the Bertie Bott’s Every Flavor Cereal.  The front of the box was supposed to look like a real cereal box.  Since his handwriting is atrocious *and he knows it* he was happy to find stuff on the internet and paste it on.  Mommy was happy too.  I already had the Harry Potter font downloaded and showed him how to use that and how to make it fit inside the ribbon. 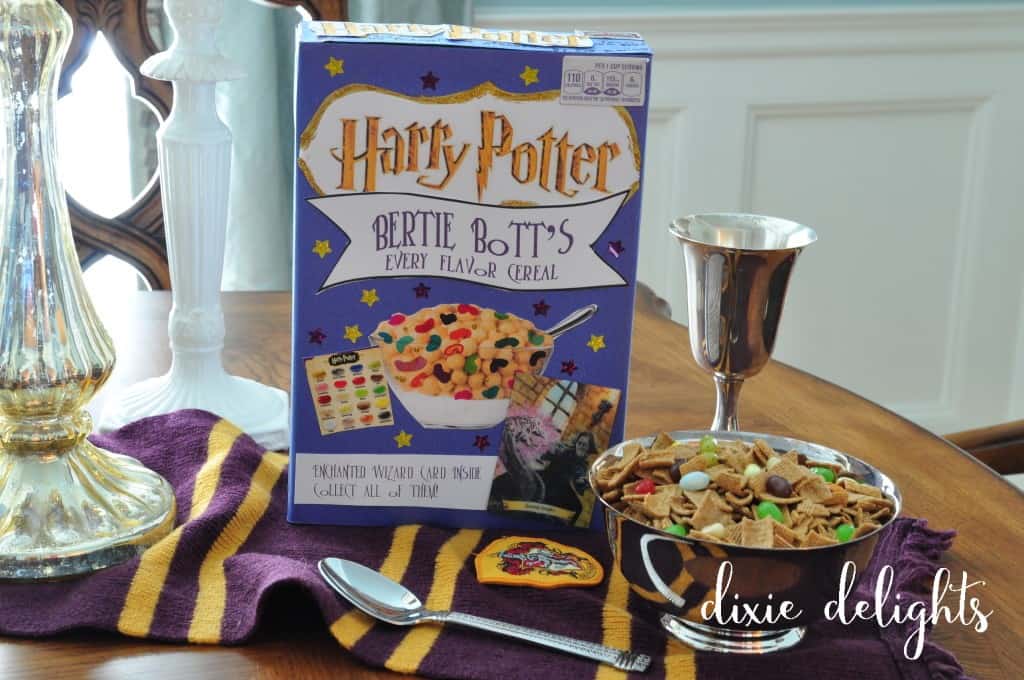 The back of the box was supposed to have a game like a real cereal box.  John used the same free crossword maker I used for Honey’s 40th birthday to create a puzzle.  He also made a word scramble and put the answers to both games on the bottom of the box. 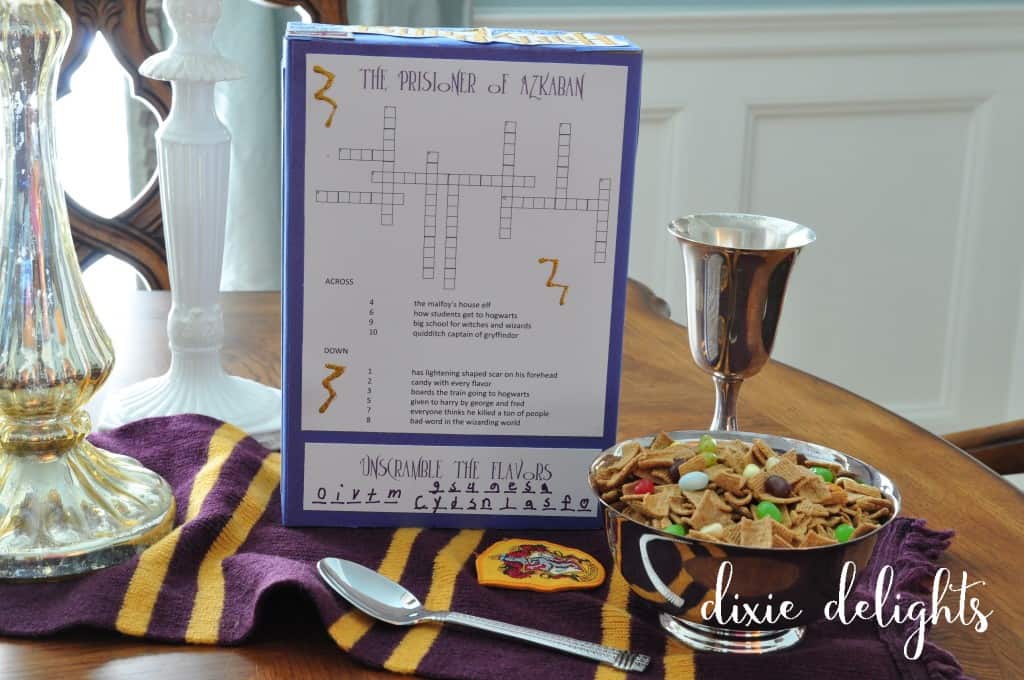 The left side of the box was to have the “ingredients”, including main characters, the setting and time the story took place.  I set up a box on word the right size to fit the side of his box and he took it from there. 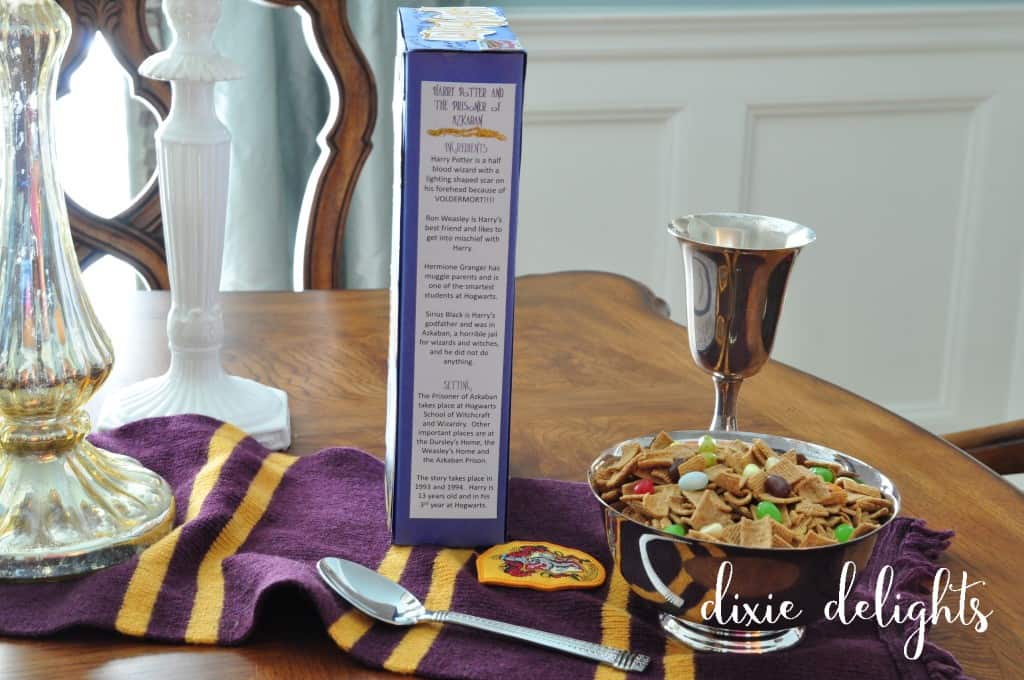 The other side of the box has a plot summary, including the main conflict and resolution. 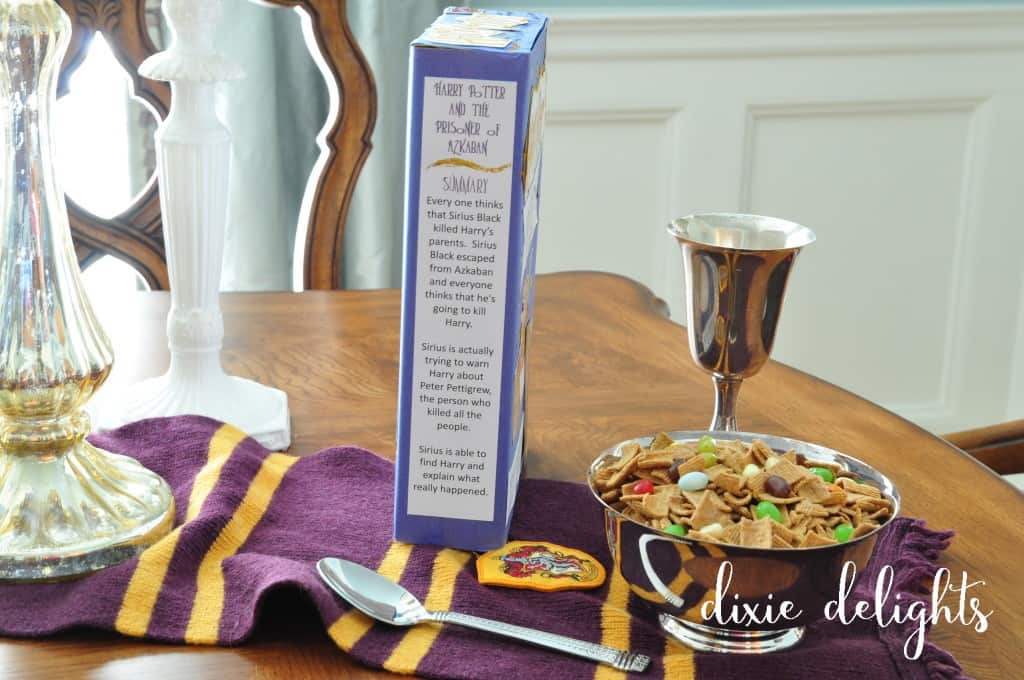 John had grand ideas on how to turn our dining room into Hogwarts for the filming of his commercial.  He had to settle for every candle we own set out on his Gryffindor scarf :-) 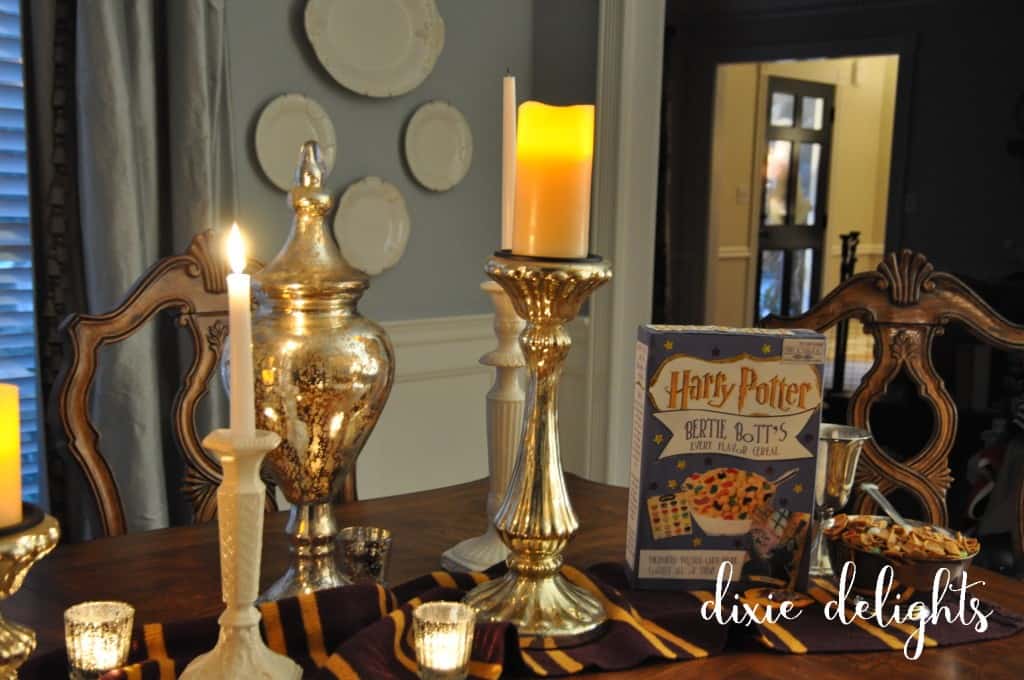 Now, in a full disclaimer, this entire commercial was John’s idea.  I handled the video editing under his close supervision :-)  This is the second video project we’ve had this year and between these and our Disney videos we are having so much fun!

So cute, right?!?!  We had a little riff over the correct spelling of “turds”, but other than that it was all fun and games.  It was really  neat to be able to use some of the pictures and video we got in Diagon Alley in his project.

Even Elsa had to get in on the fun…  let’s call her our potter-pup.  We all agree she’d probably be a Hufflepuff.

John presented his project today and was SO pleased with the 100+ he spied at the top of his teacher’s rubric :-)