Bestie M and I were so excited to attend the Inaugural Star Wars Dark Side Race Weekend down at Disney World a couple of weeks back!!  She dubbed it the “fortieth finale” and it lived up to its name.  I’ll share all the details over the coming weeks, but first things first… the race!

We flew down on Friday morning, grabbed a bite to eat and headed to the Expo.  She fully arranged our race day costumes (BB8) and made us cute shirts for the expo while I was on our spring break trip. 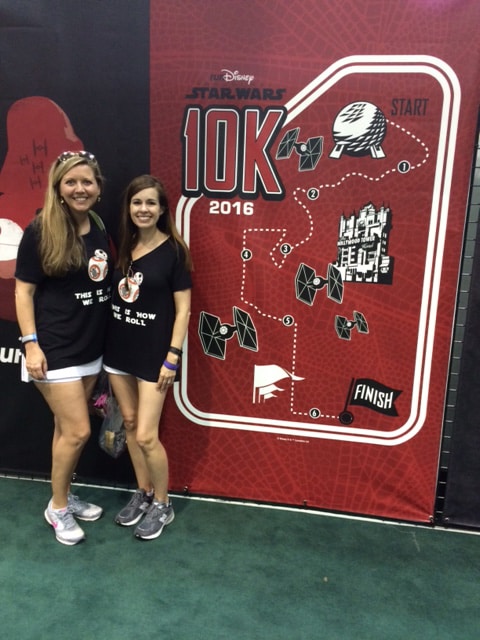 The expo itself was pretty par for the course as far as runDisney expos go – lots of fun vendors and stuff to peruse.  But this one had BB8!!  We were so excited to see him since we were dressed as him. 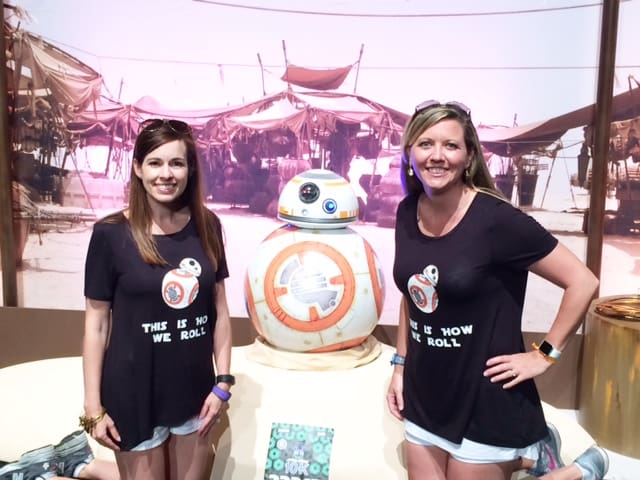 That night we had dinner at the Grand Floridian Cafe (more to come), caught the fireworks from the Seven Seas Lagoon and then hit the hay.  Our alarms were set for 3:30AM so that we could be on the bus by 4AM Saturday.  It should be illegal to have to get up that early :-)

We got to the start line at Epcot around 4:15 and “met” Jabba the Hutt.  It was pretty neat because I’ve never seen him out before anywhere. 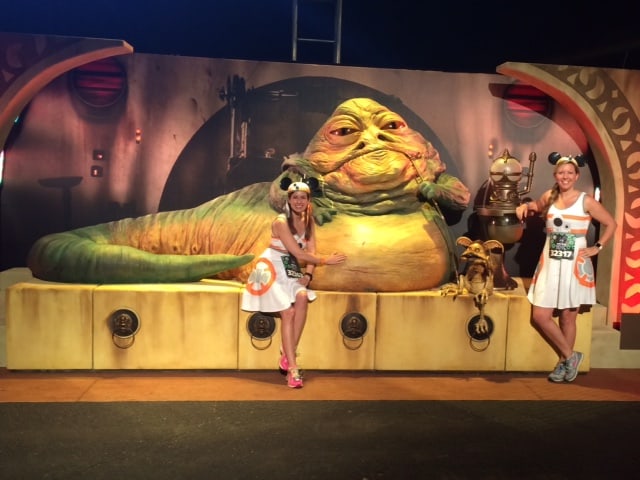 Other than Jabba, we took a quick pic with the Death Star and headed to the corrals.  The character set was really weak overall for this 10k.  By far the least exciting of any of my Disney races, sadly. 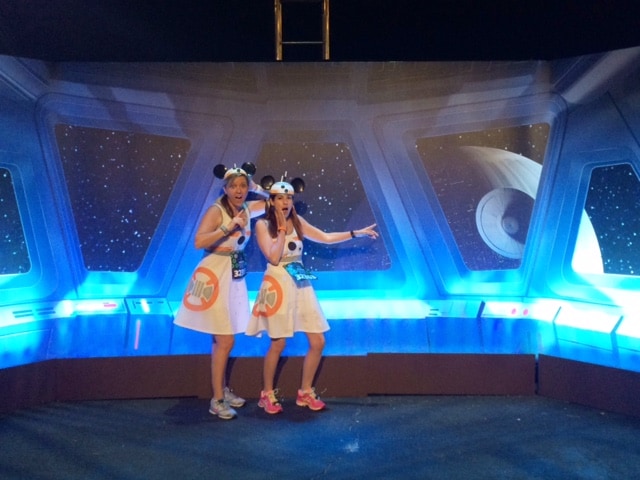 We enjoyed our race and I thought it was fun to try a different course from the other 10k’s I’ve done.  This one started in Epcot and ended at the ESPN Wide World of Sports.  However, most of the fun parts of the course were over by mile 2 and the last 4 were pretty dull.  I was happy to be with an entertaining friend! 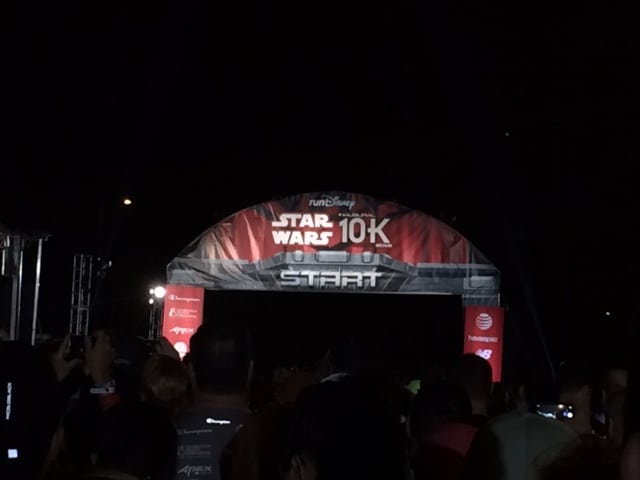 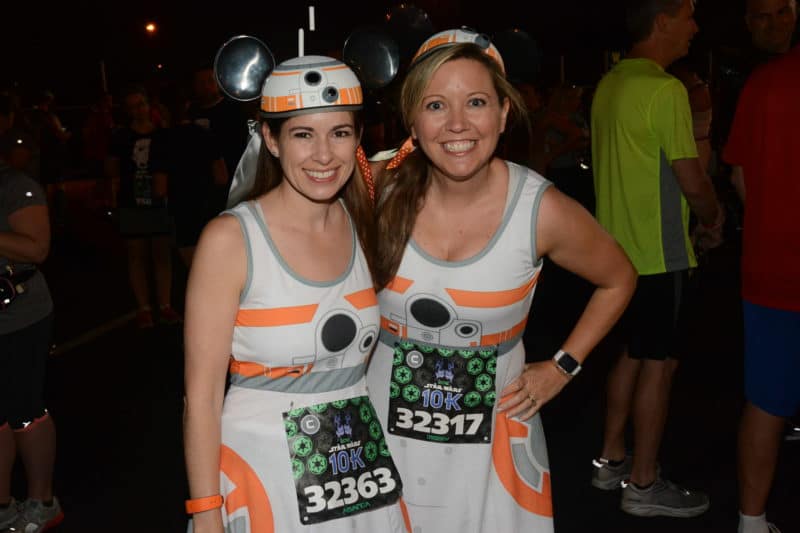 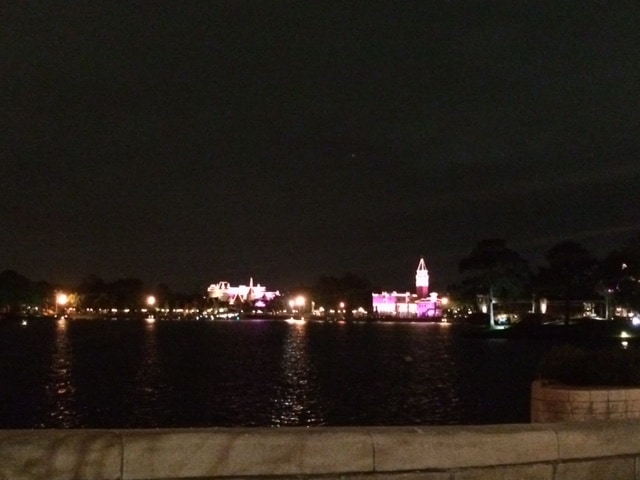 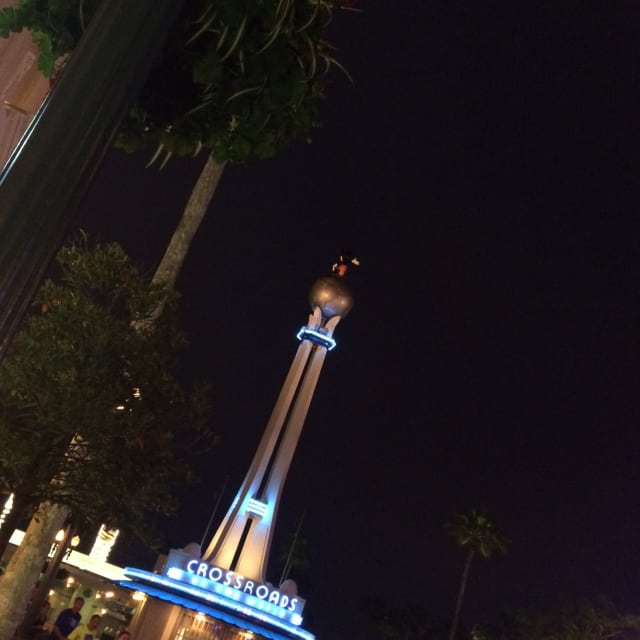 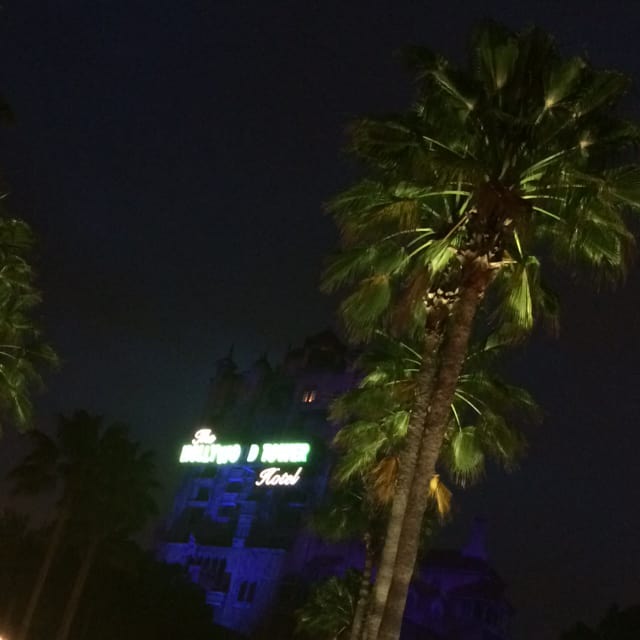 This was the first race I’ve done where they used the PhotoPass photographers and you could get them all through My Disney Experience.  They turned out SO cute!!  I hope they keep this up!! 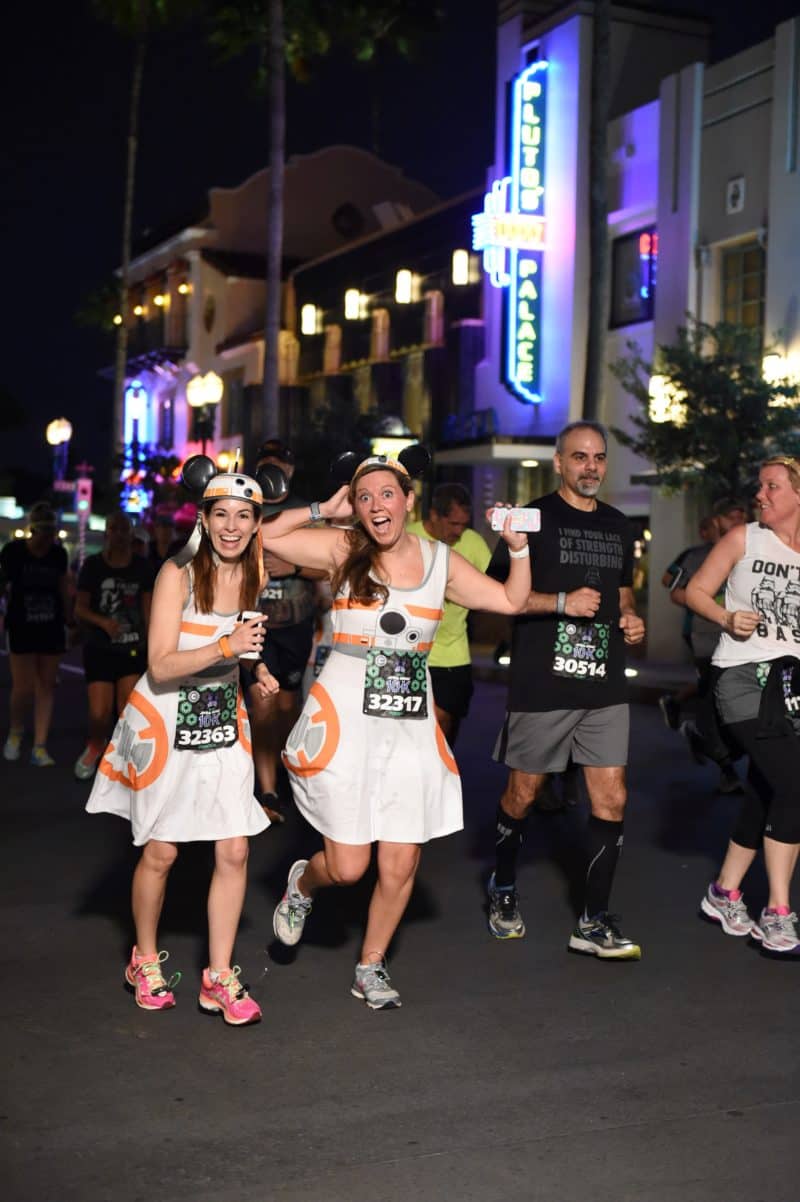 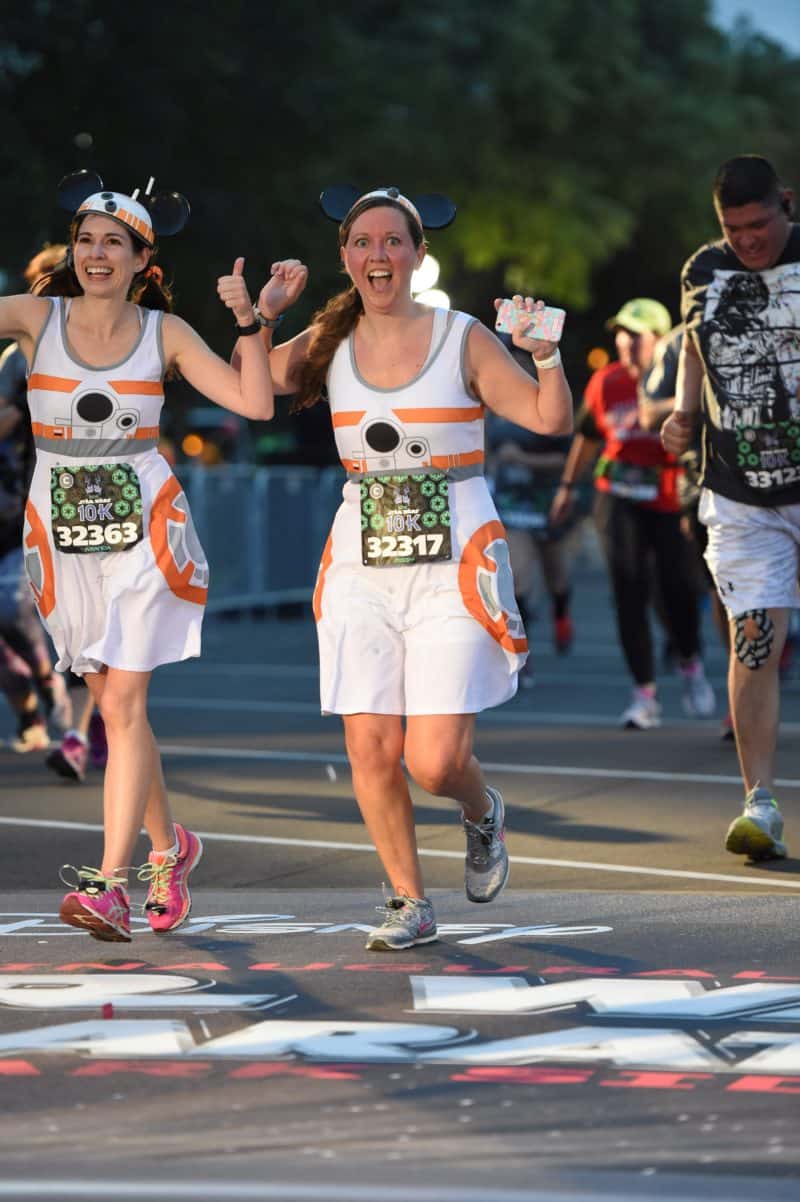 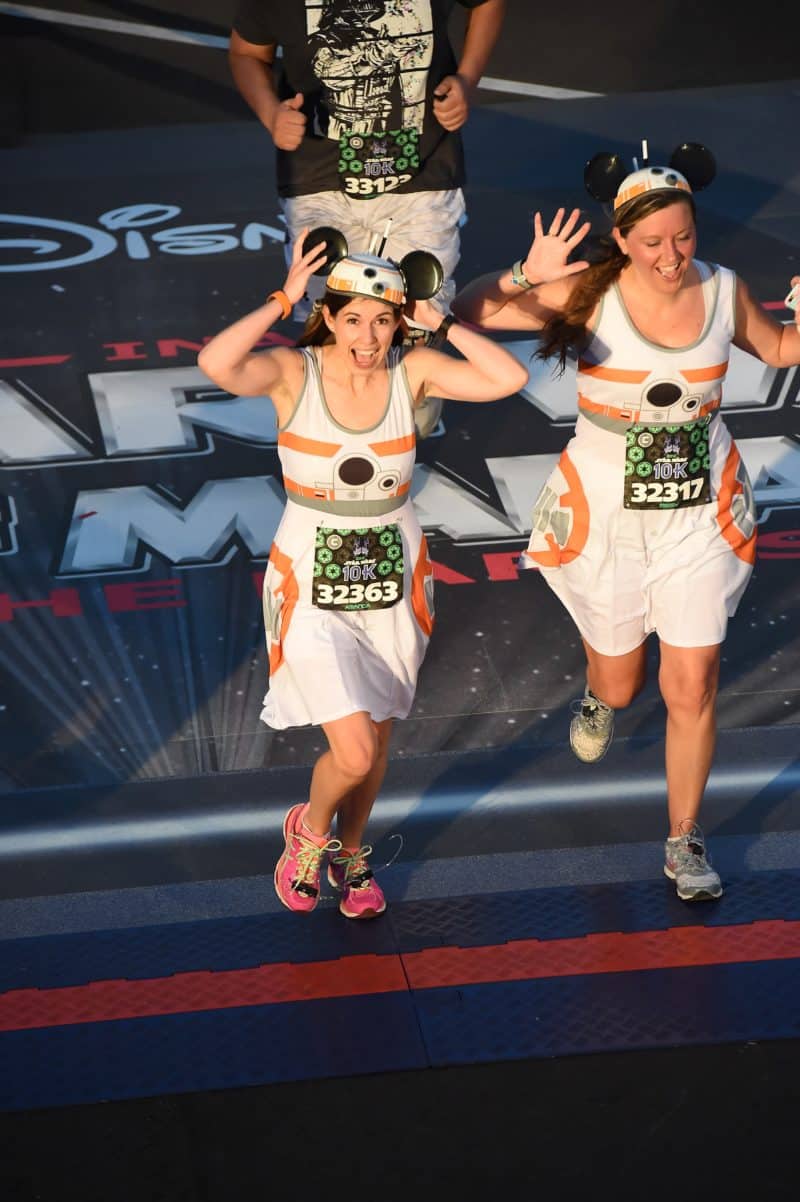 Y’all know how the saying goes.. all is well that ends well! Well, the finisher medal might just be my favorite yet!! 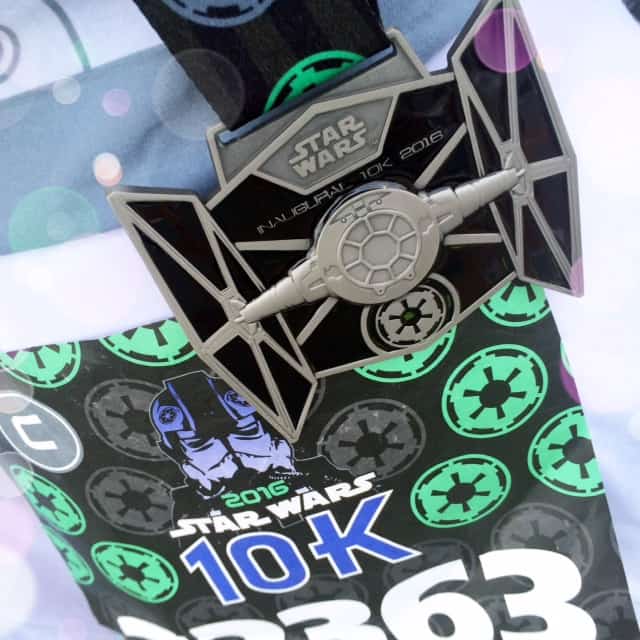 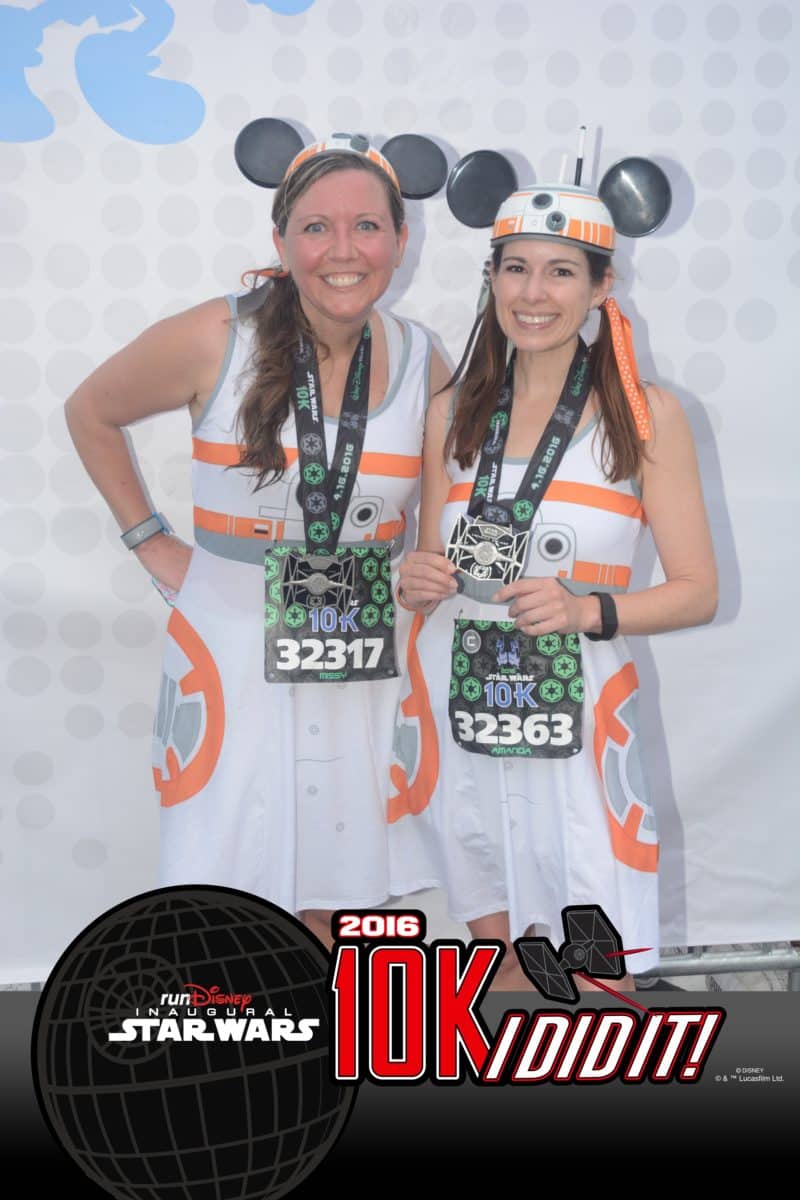 After the race there were a few characters out.  We stood in line forever to meet Darth, but he was fun and we enjoyed showing of our FANTASTIC medals. 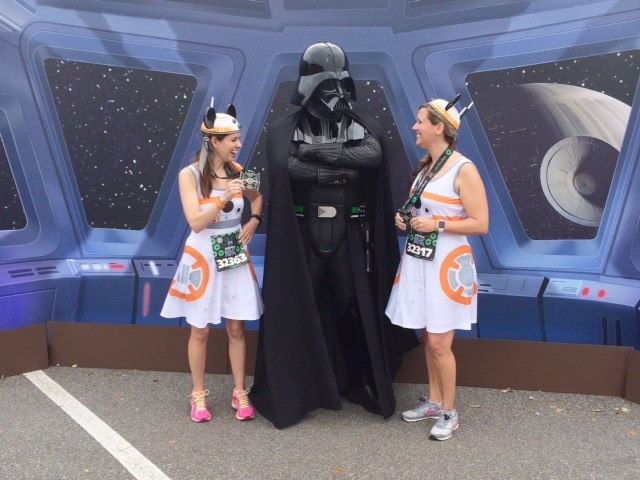 At this point everyone at the race and on the chEAR squad had to be bussed back to Epcot or their resorts.  It took us an hour to get back to Grand Floridian.  Oy!  The logistics of this race and lack of on-course entertainment were both sub-par.  But, it wasn’t anything a plate of Mickey waffles in bed couldn’t cure :-) 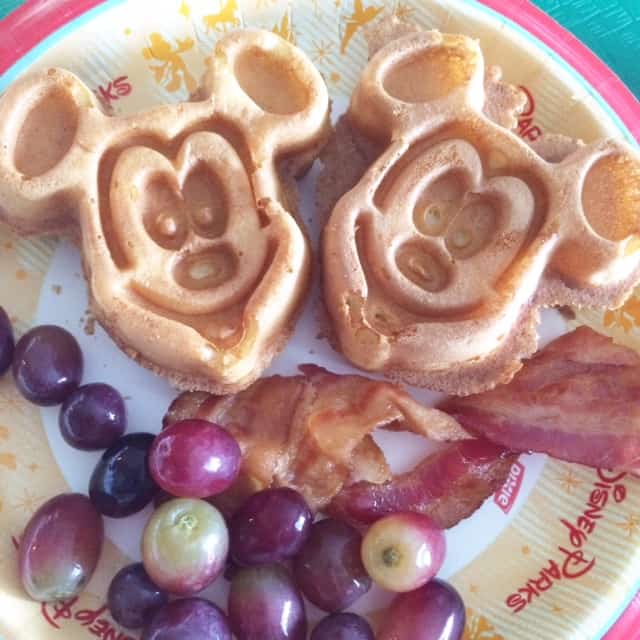 More to come on our stay at the Grand Floridian and day in Magic Kingdom!!  We squeezed A LOT into 24 hours!!