We wrapped up our Christmas extravaganza Friday night at Stone Mountain Christmas.  When we did our weekend camping trip to Stone Mountain in August, our package included second day tickets that could be used through the end of 2016 so we barely eeked it in! 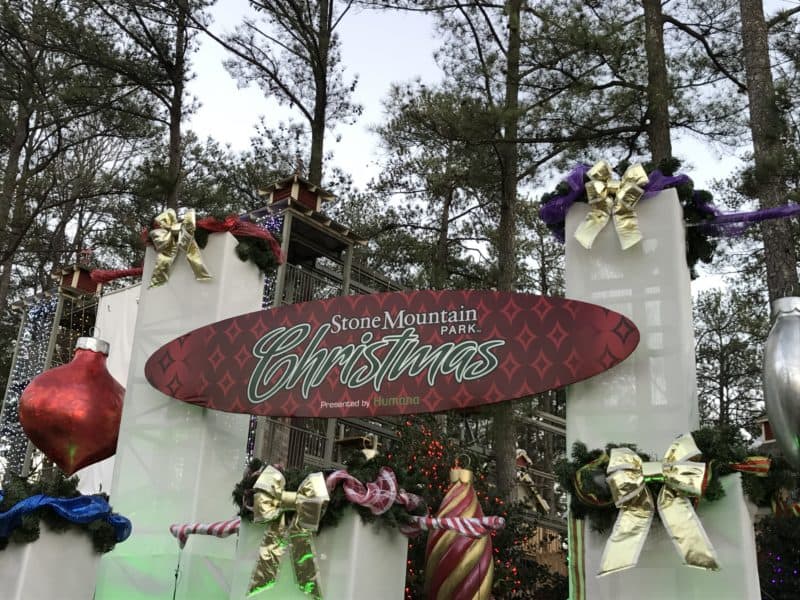 Traffic was terrible getting there on a Friday night and we all were starving so we made a pit stop at Sonic for dinner, which got us there too late to go to the top of the mountain.  Instead, we arrived at 5:40 and immediately secured a great spot for the 6PM parade. 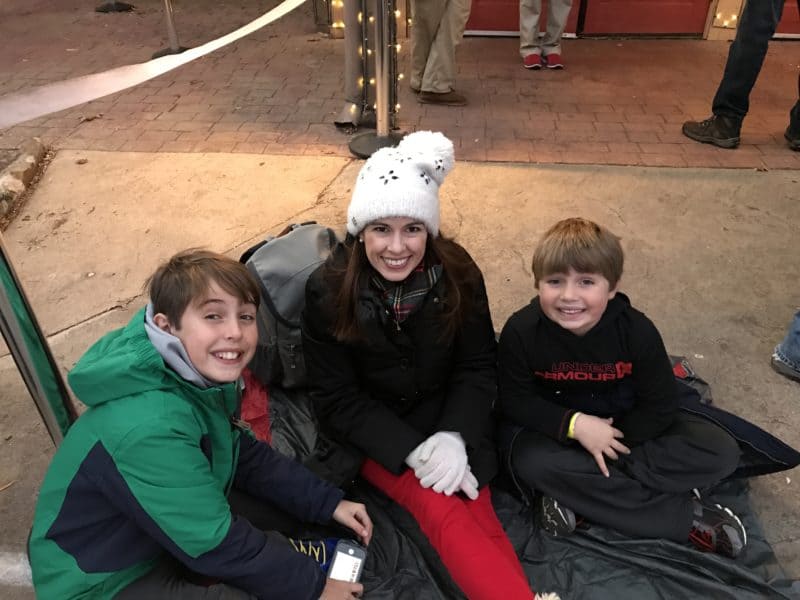 The sun was setting and we had a lovely view of the mountain! 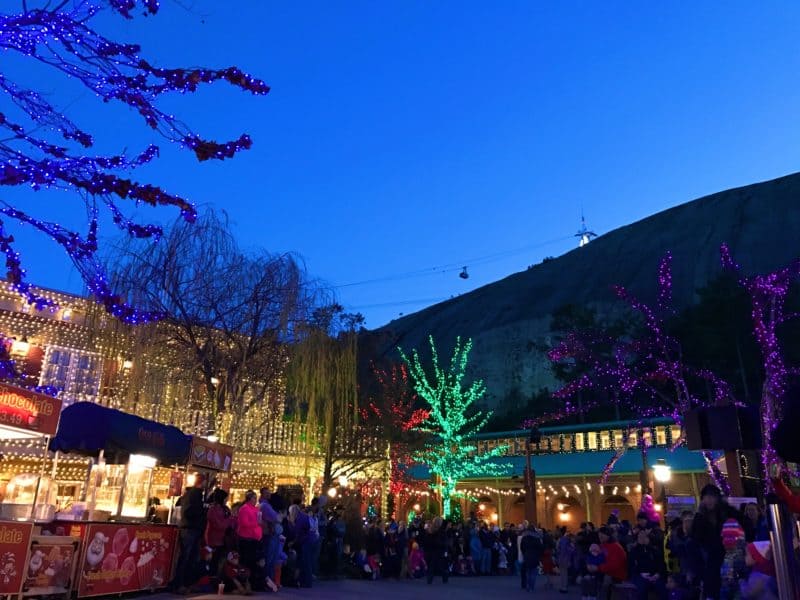 The parade was maybe 10 minutes long and was cute. 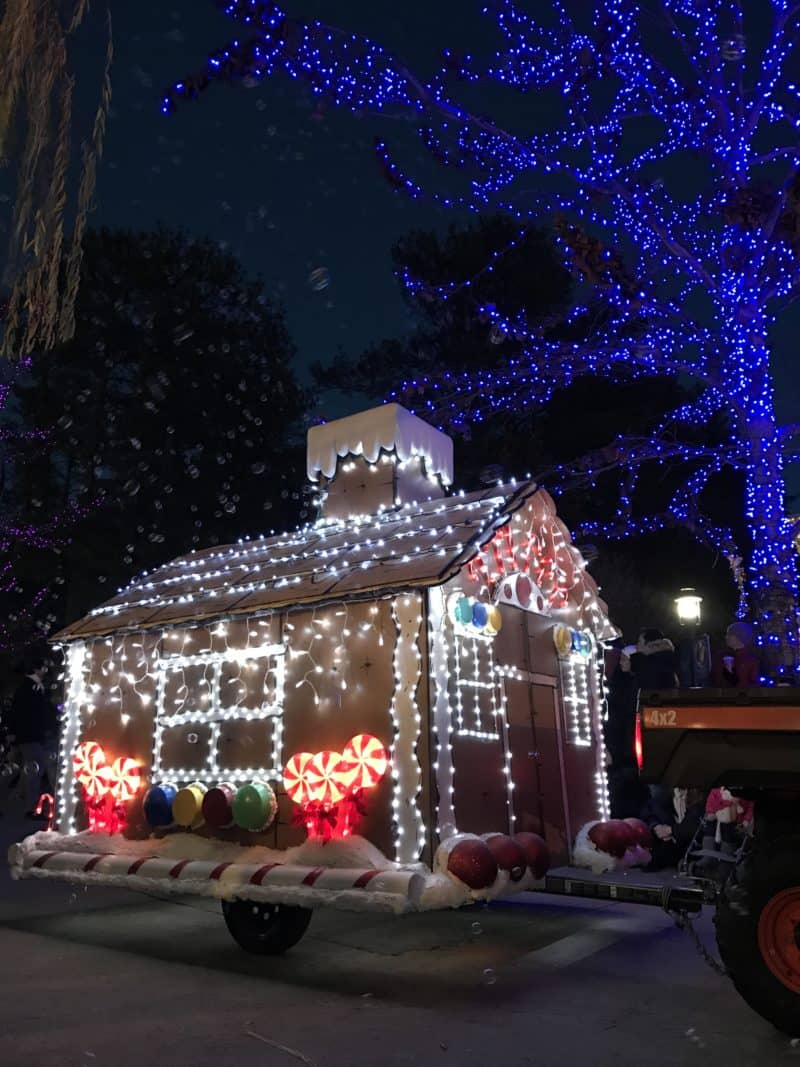 After the parade we scooted right into the 4D theater for Rudolph the Red Nosed Reindeer.  I could never tire of the story.  It’s so cute! 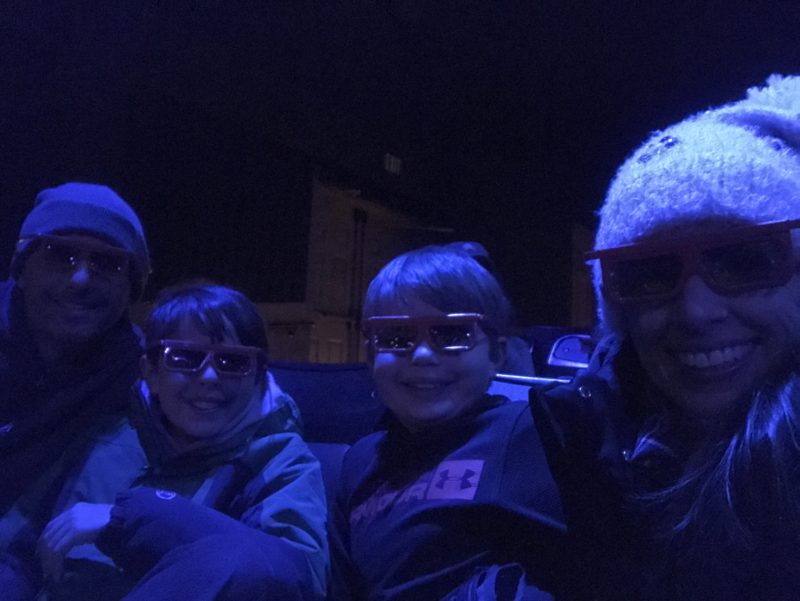 I think my very favorite part of the night was the Sing-A-Long Train!!  This 20 minute ride around the mountain is spent caroling and stops in the middle for a show called The Gift – the retelling of the birth of Jesus.  We loaded up with hot chocolate and had a very merry time!! 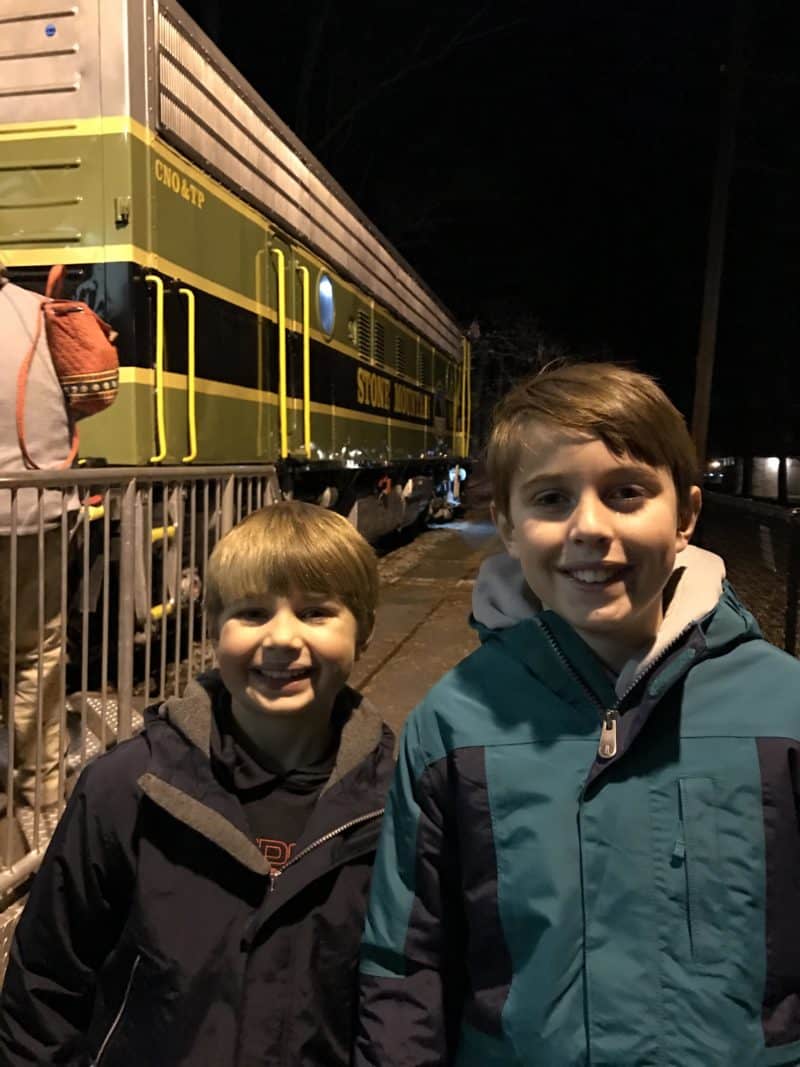 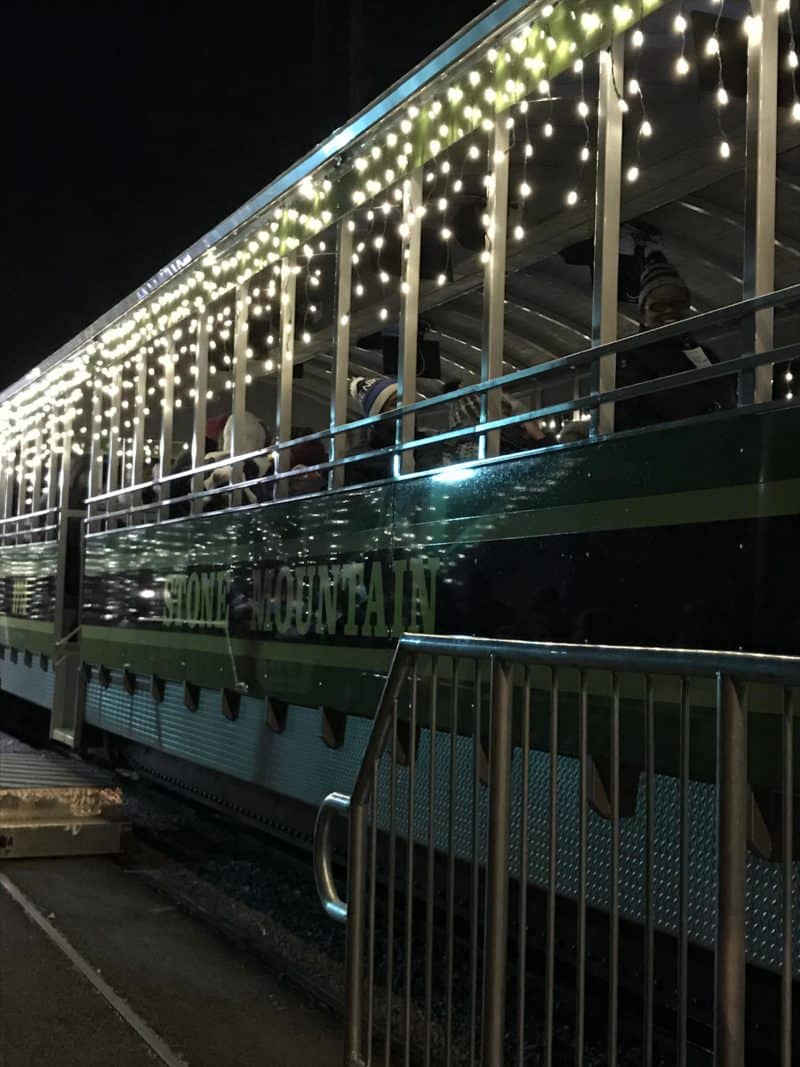 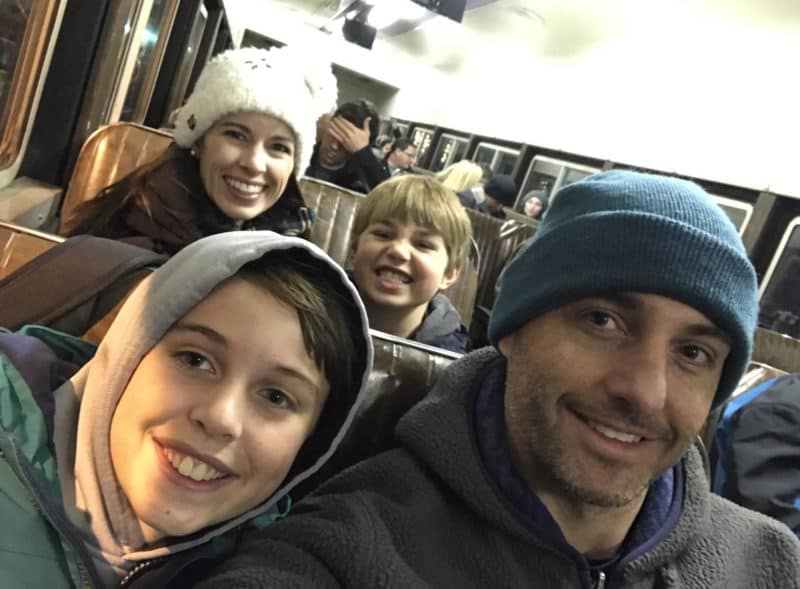 After the train we teed up for a round of mini golf.  It was chilly, but festive with all the Christmas lights and train running by. 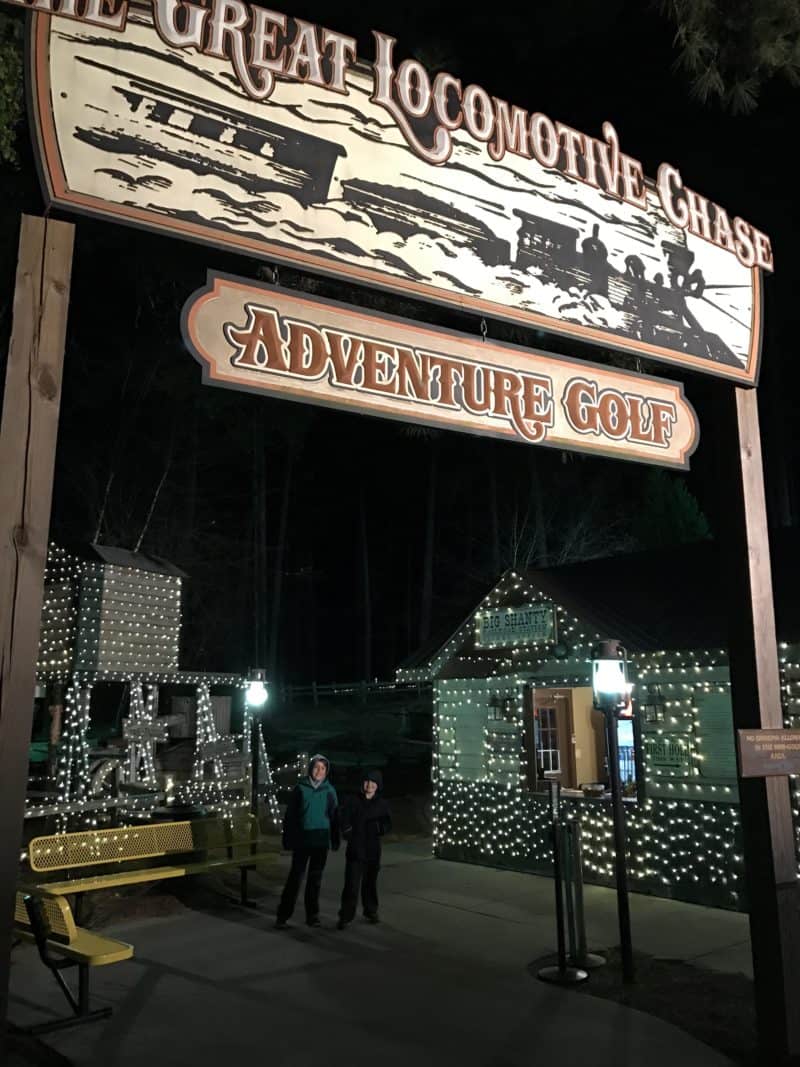 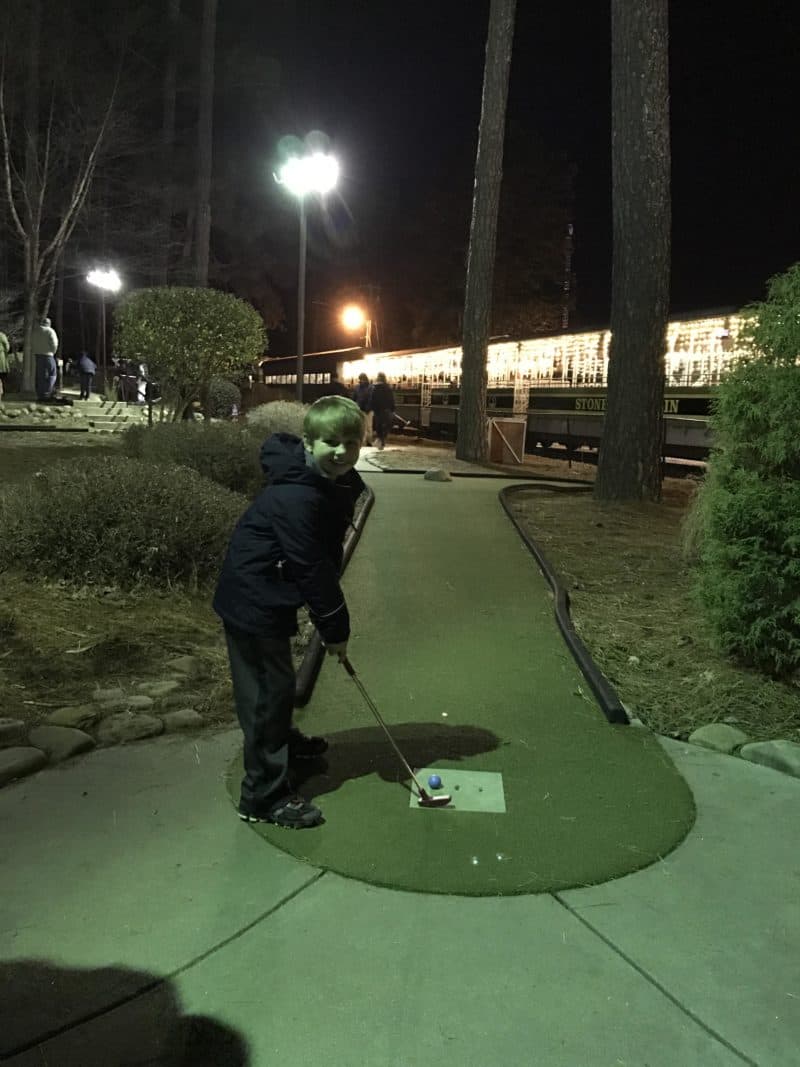 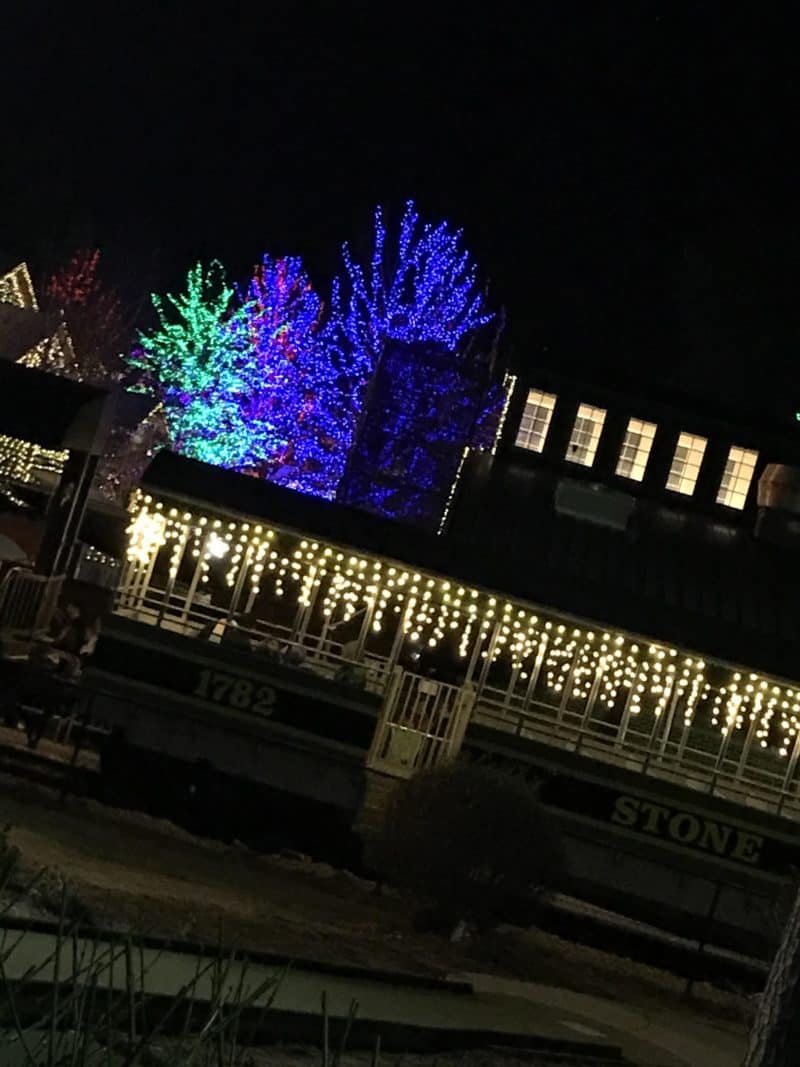 We loved watching the magical Snow Angel appearance, snowfall finale and fireworks at the end of the evening. 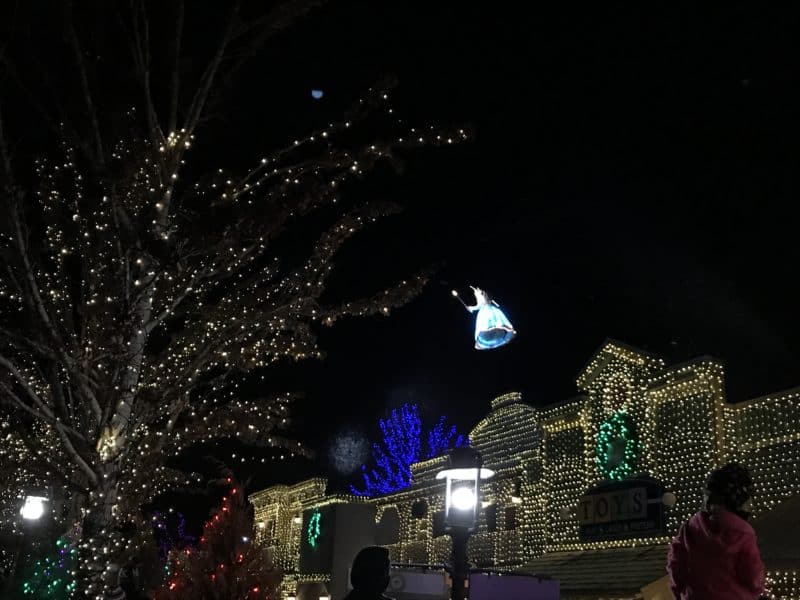 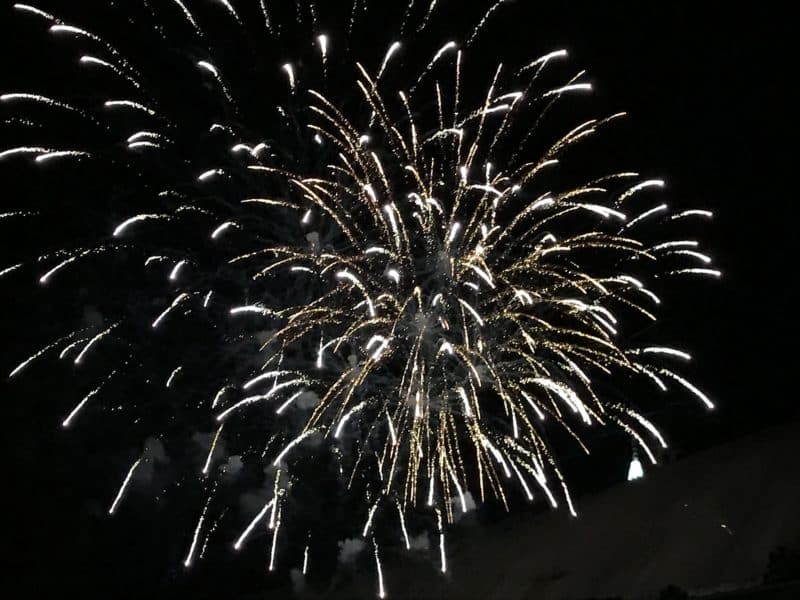 We made our way out via the Skylights Spectacular musical walk-through exhibit with lights, projections and special effects. 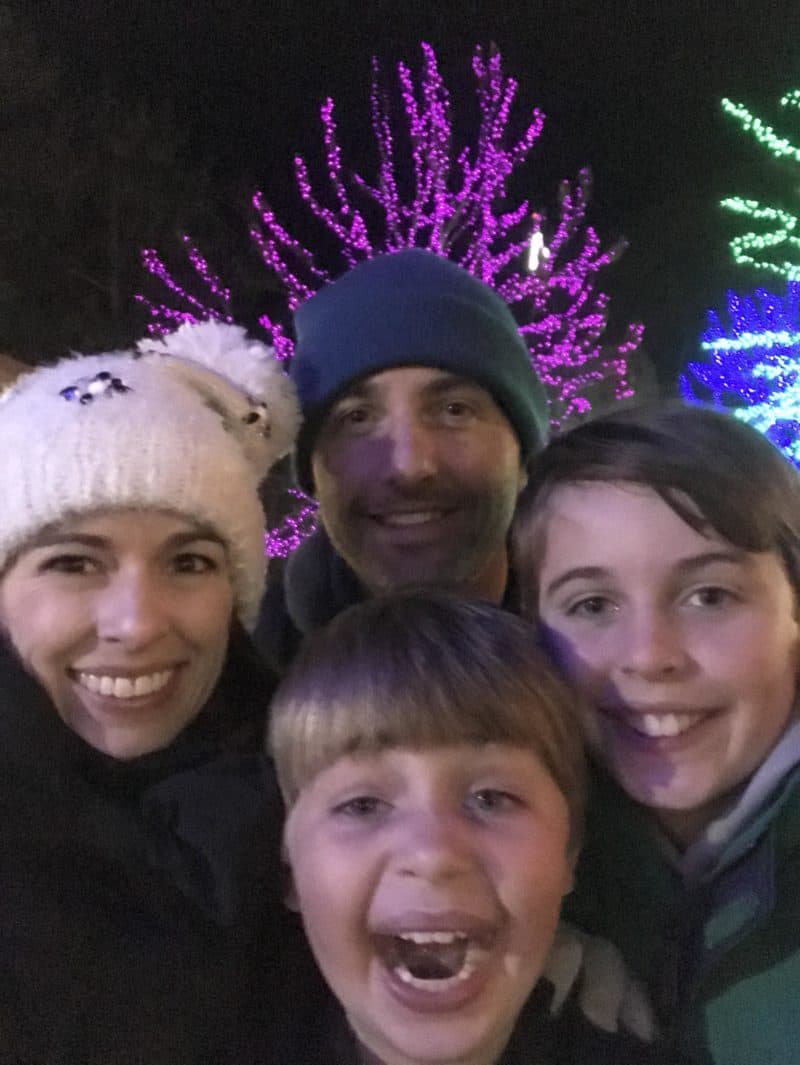 Overall it was a fun night and a worthwhile experience.  It was the best Christmas light experience I’ve been to in Atlanta as well.

If you have specific questions, let me know!  I happened to hop on Facebook when we were in the car headed there and this was on my feed…. time flies! 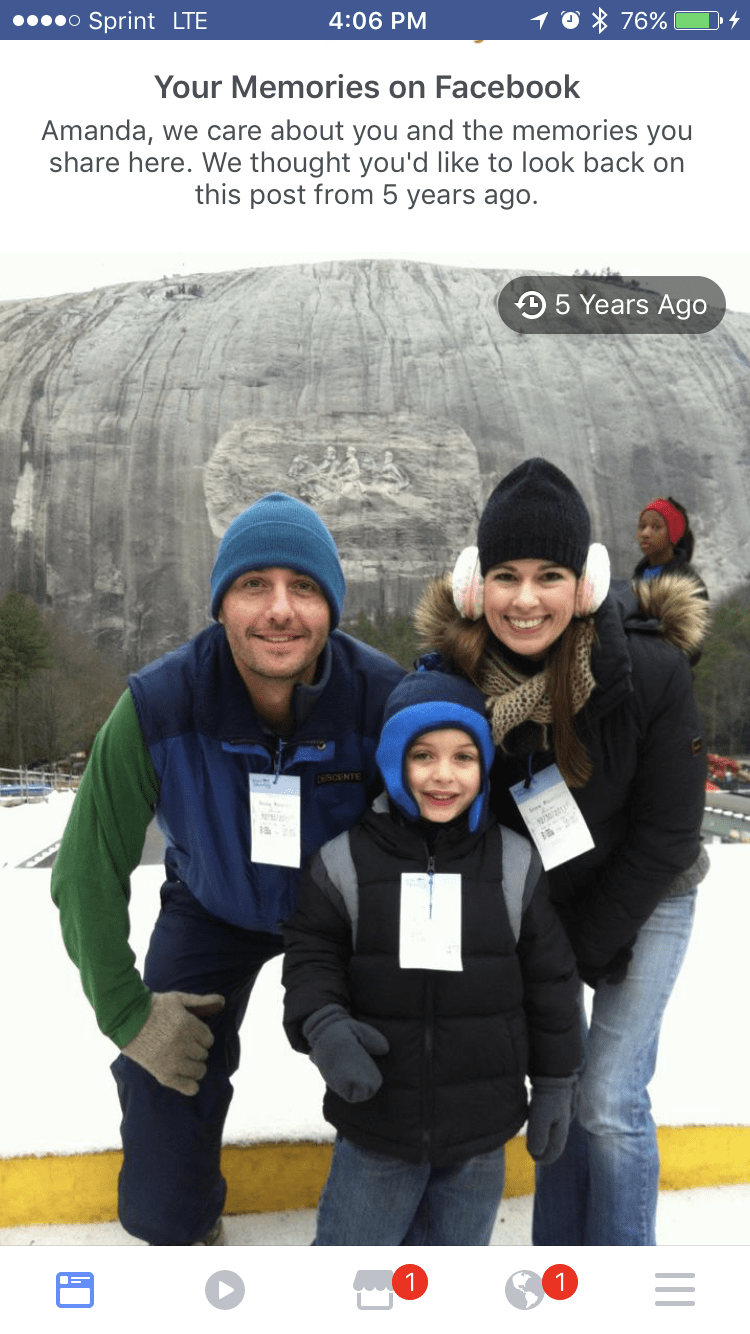 I think this post officially wraps up Christmas for me.  Time to move forward to a brand new year!!