As y’all know, last month I had the great honor of attending the 2017 Disney Social Media Moms Celebration (Disney SMMC)!  It was the very first time that the event crossed land and sea, and the entire week was full of incredible experiences, sneak peeks, family fun and, of course, Disney magic.  Here’s how the celebration unfolded…

The baby and I were already in Walt Disney World, as we had a previously planned trip with Sister, Bird and Mother that ended the very day the Disney SMMC kicked off.  We bid farewell to the family. left our luggage with bell services to transfer to our new resort, and hit Magic Kingdom for a the afternoon.  They loaded up our accounts with complimentary fast passes so we were able to accomplish a LOT! 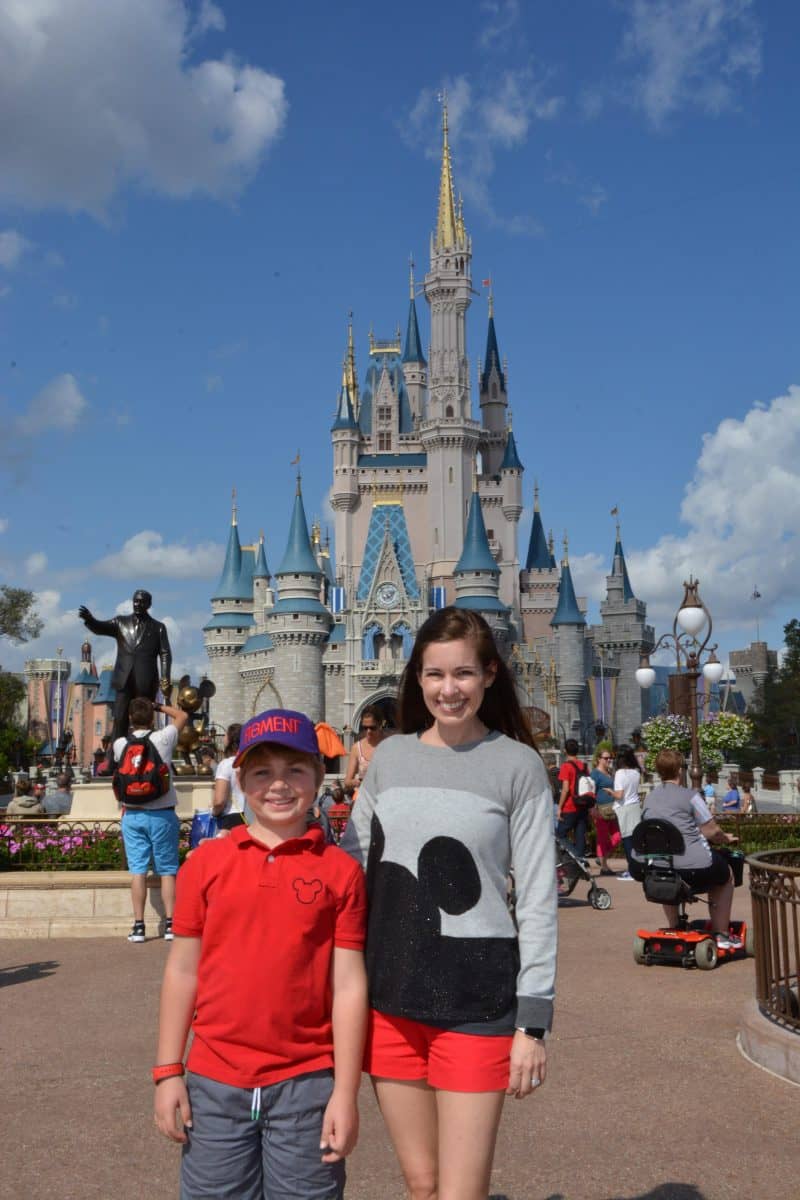 We checked in at Port Orleans Riverside and by the time we wandered around the resort and got to our room, our stuff was there.  American Tourister sent us the Star Wars luggage right before the trip, and the Minnie bag (also American Tourister) was a birthday gift from bestie S last year!! 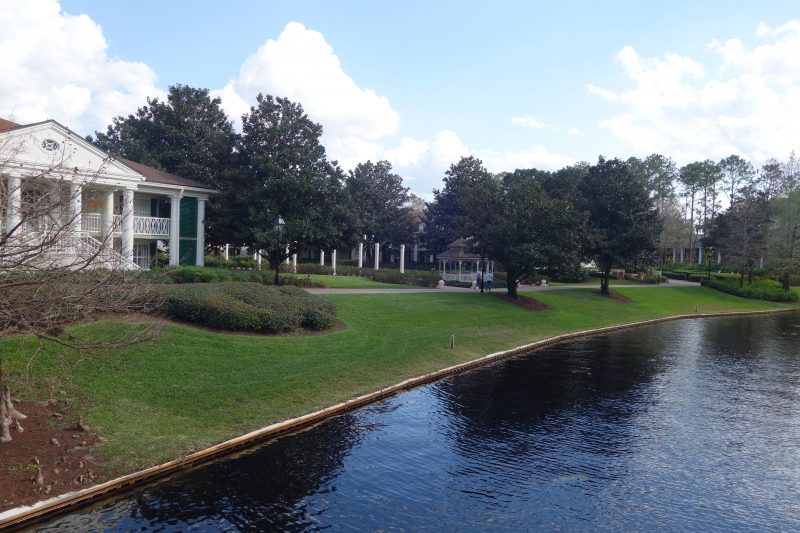 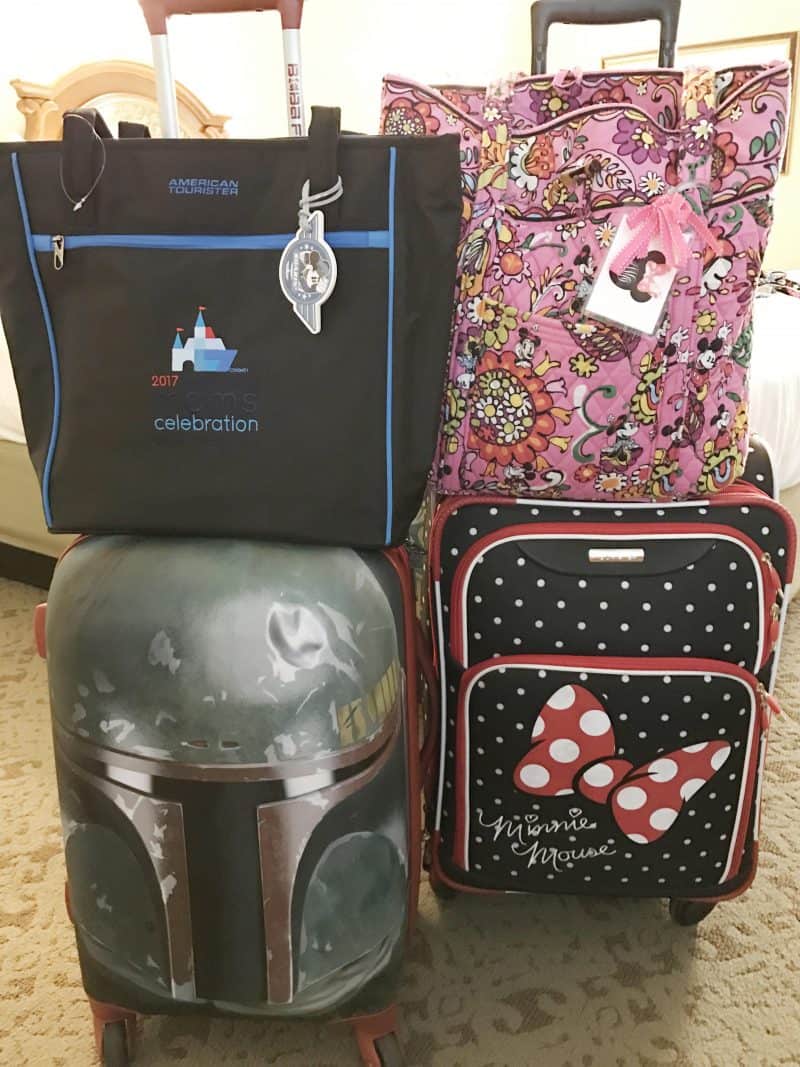 The first offical engagement for us was a Hanes Personal Shopping Experience where I got to learn about, touch and feel all sorts of their new products.  I have to say, I was impressed!  I was invited to choose a whole box of things to have sent home for Honey, the boys AND me.  We can’t wait for those to arrive.  Whit sat in the corner behind a mannequin and noshed on delicious treats :-) 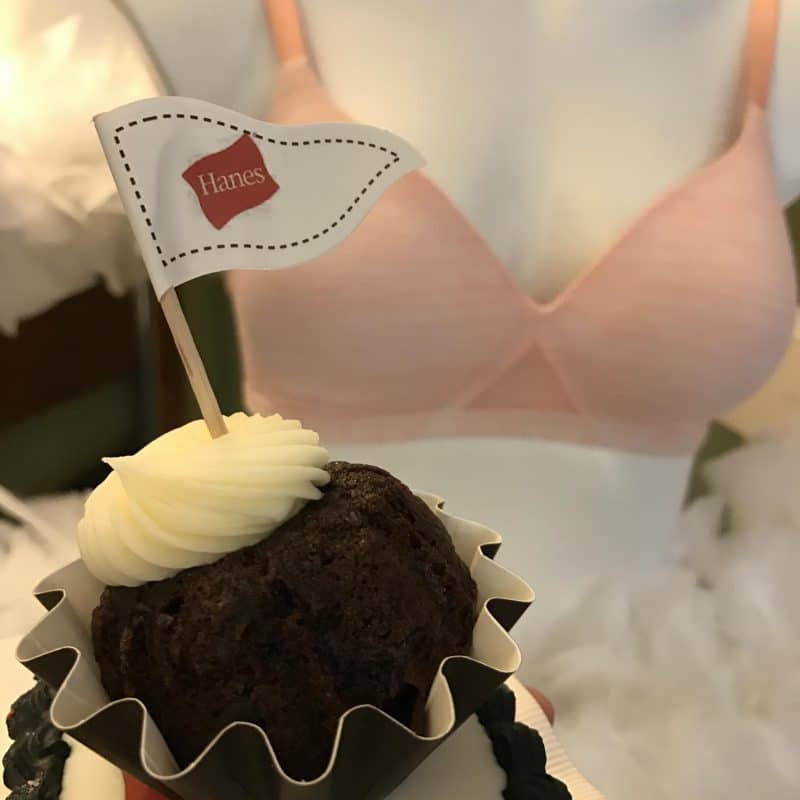 Our next stop was Animal Kingdom for the Welcome Reception.  This was only for the influencers and since Honey and John weren’t arriving until around 10PM, my sweet and fabulous friend Disneyfied Ash and her family hung with Whit in the park!  The reception was located in the Festival of the Lion King and was all Pandora themed. We saw a model of the new land and they shared some of the highlights of the new Animal Kingdom nighttime activities. 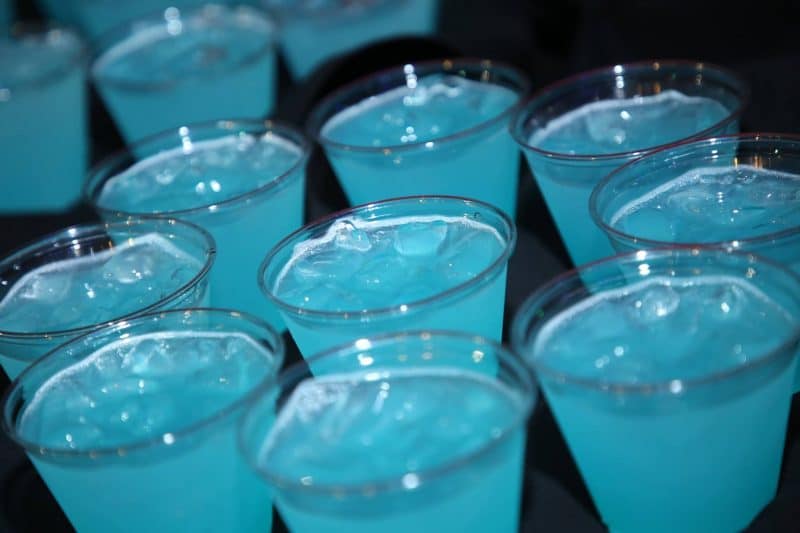 Just an hour later, Whit joined me for the GoGo squeeZ family dinner in the Animal Kingdom Theater District.  Again, it was a lovely event.  The food was amazing, the decor gorgeous and the DJ and dance party a whole lot of fun! 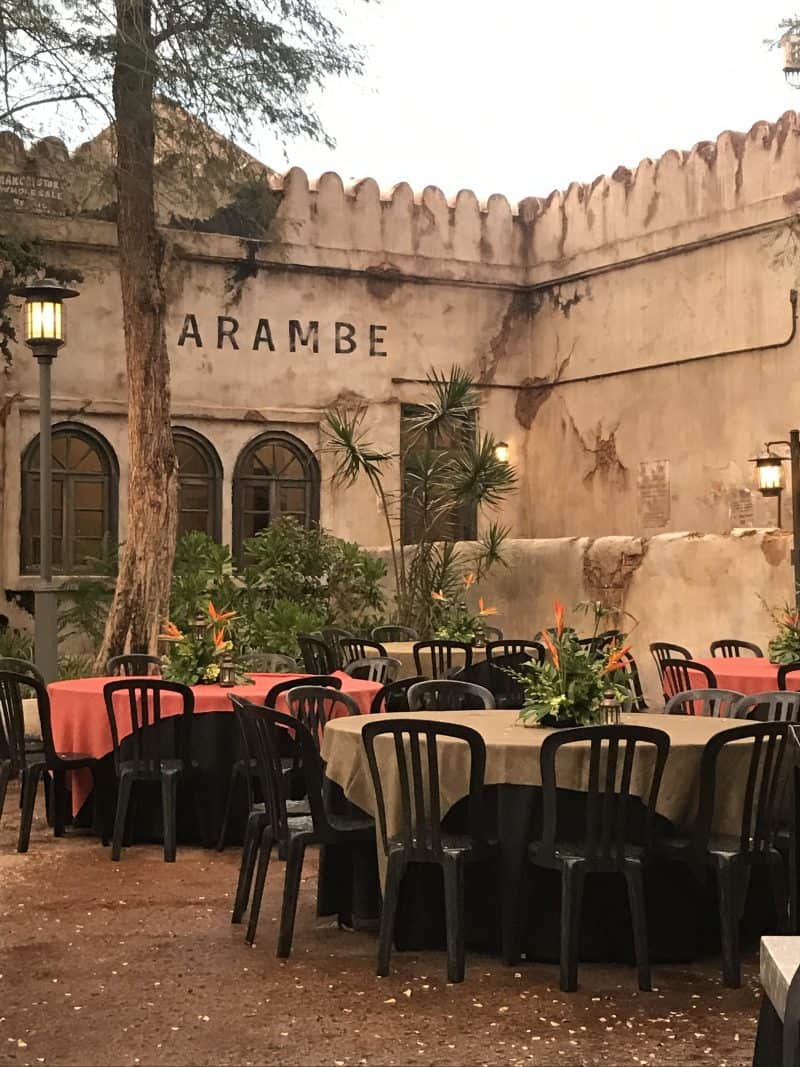 We wrapped up our evening with a sneak peek of the (now debuted) Rivers of Light!  You can read all about it HERE! 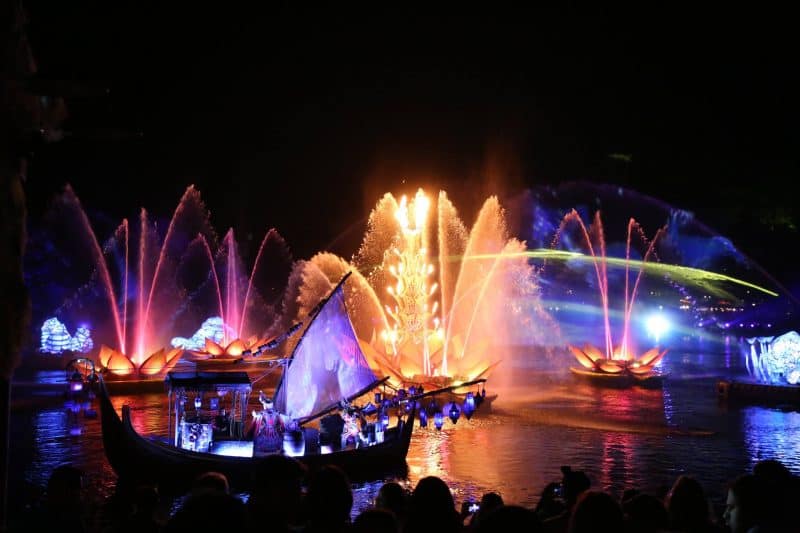 By the time we got back to Port Orleans, Honey and John had just arrived and we were absolutely exhausted!

The second day kicked off early in EPCOT.  We were treated to a ride on Soarin’ before the park opened… 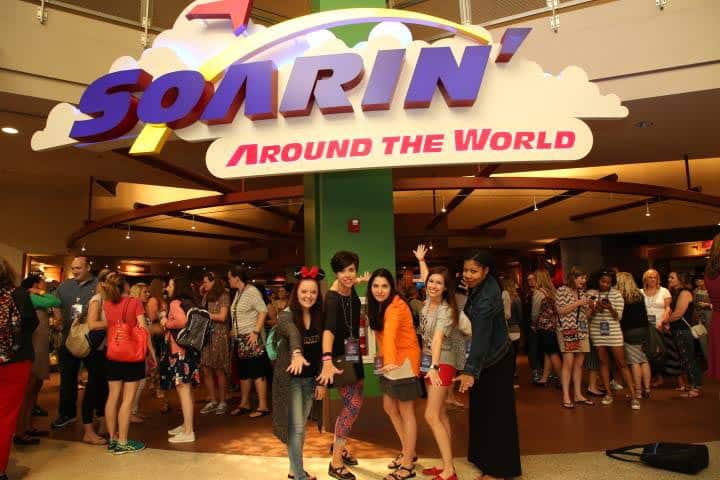 some character meet and greets… 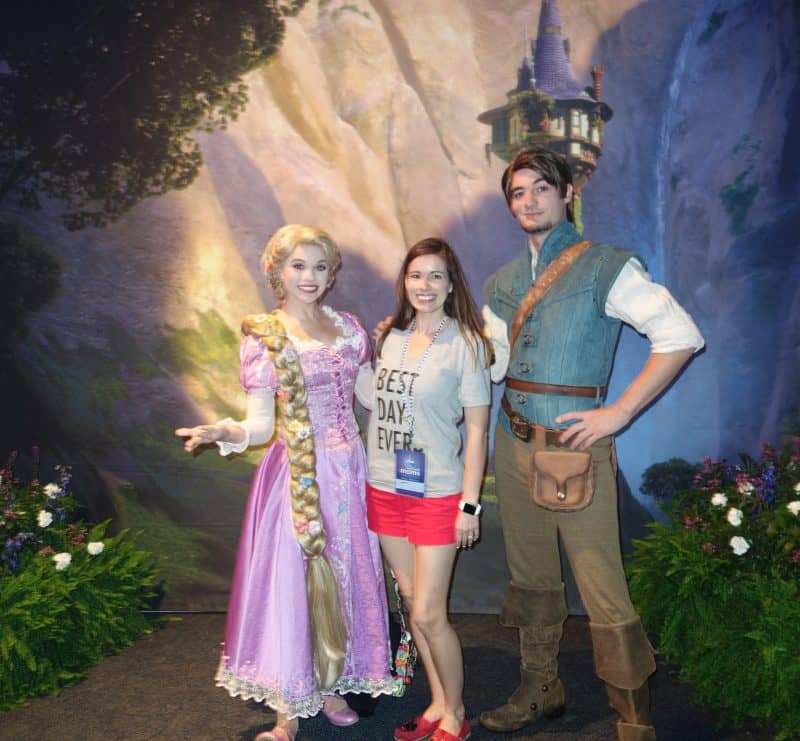 … and then the rest of the morning was filled with a Sponsor Breakfast and Showcase in the World ShowPlace.  A highlight for me was getting to meet and hear from Dominique Dawes!!! 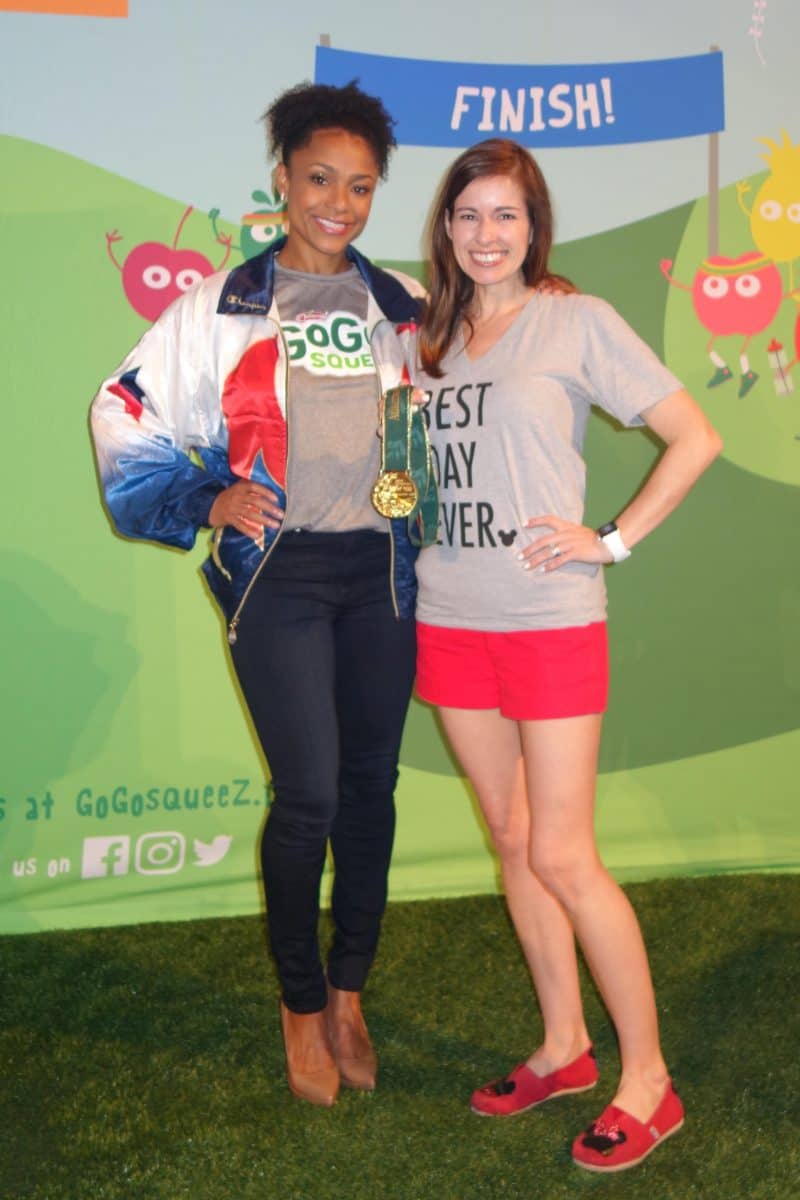 After hearing from all of the event sponsors and perusing their booths, we were invited to participate in an optional social media challenge. Participants were given a $250 gift card to shop at Disney Springs for a Disney inspired outfit!  I found the perfect Rapunzel dress at the Lilly store and then added pink flats, a tassel necklace and Pascal, of course.  Honey and the boys joined me for lunch and then he took pics on the carousel (Maximus) and in front of the Disney Springs water tower (I’m so glad I left my tower!).  It was the BEST DAY EVER! 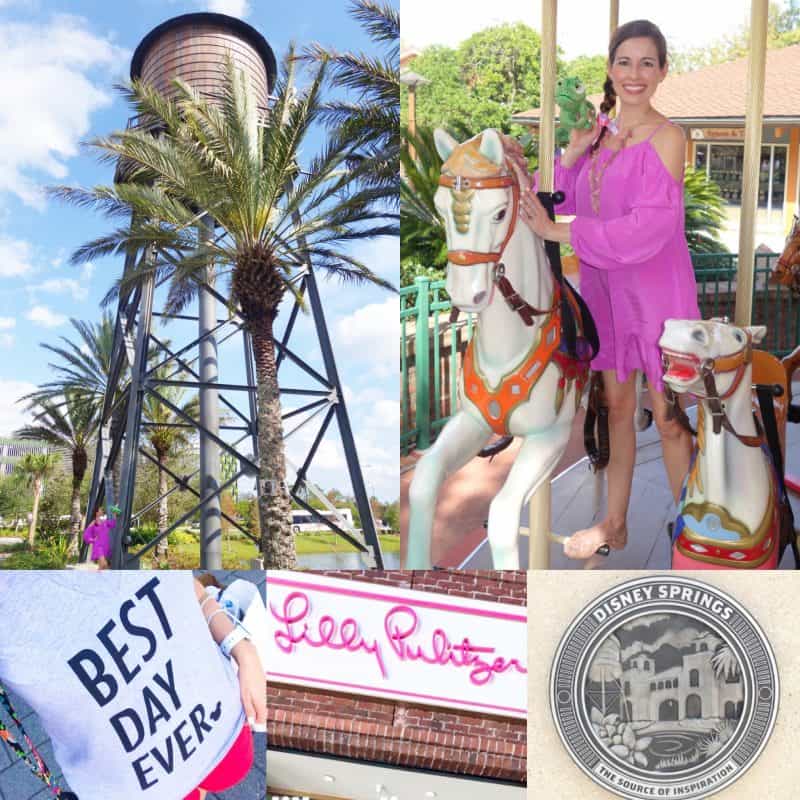 We spent the rest of our afternoon on our own at Hollywood Studios!  After hitting some favorite rides, we met up with the group for a family pizza party at the new Pizza Rizzo! 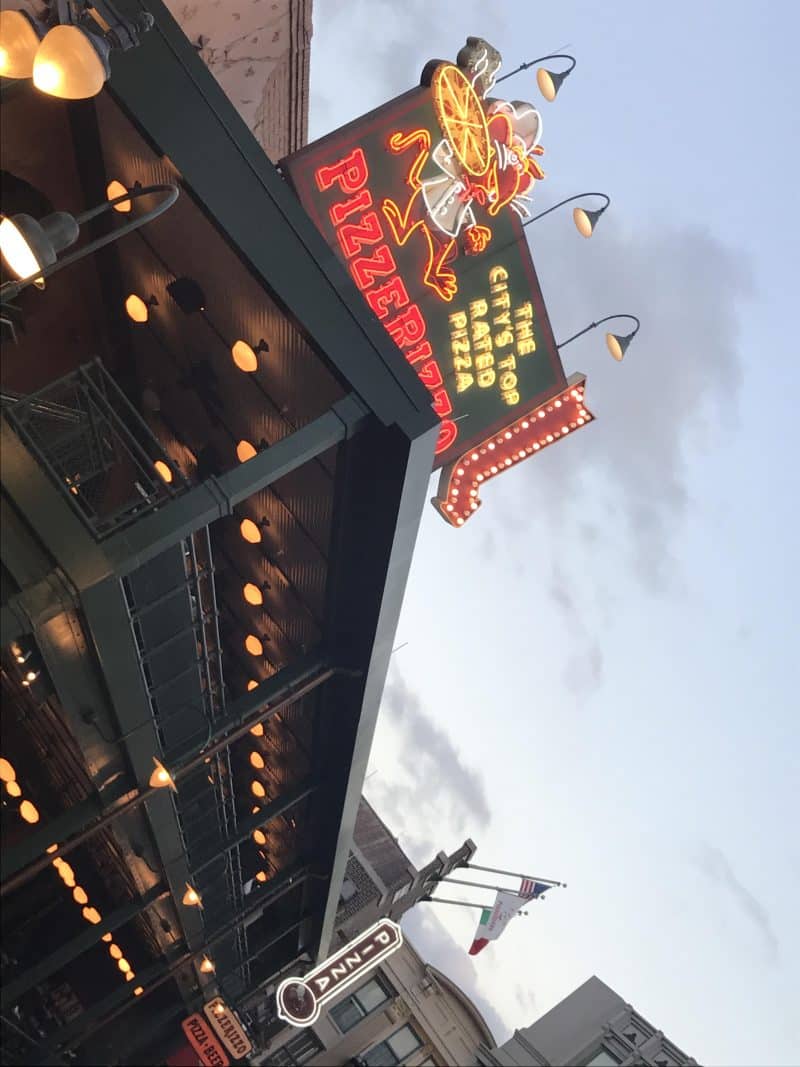 There was time for a few more rides before headed to VIP viewing for Star Wars A Galactic Spectacular!! (See our previous visit/review HERE) 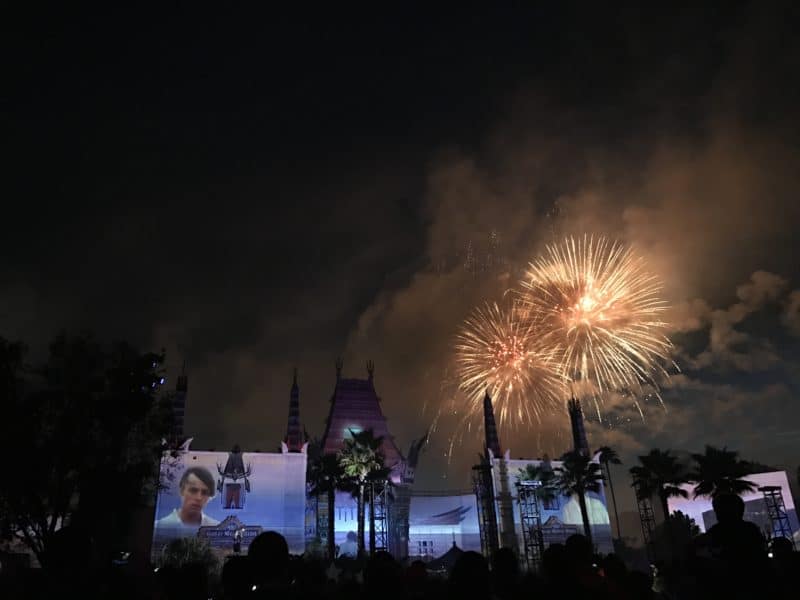 Our night ended under the stars with a Star Wars Galactic Dessert Party after the park closed!  There were characters and eats and drinks and it was truly the cherry on top of an already amazing day. 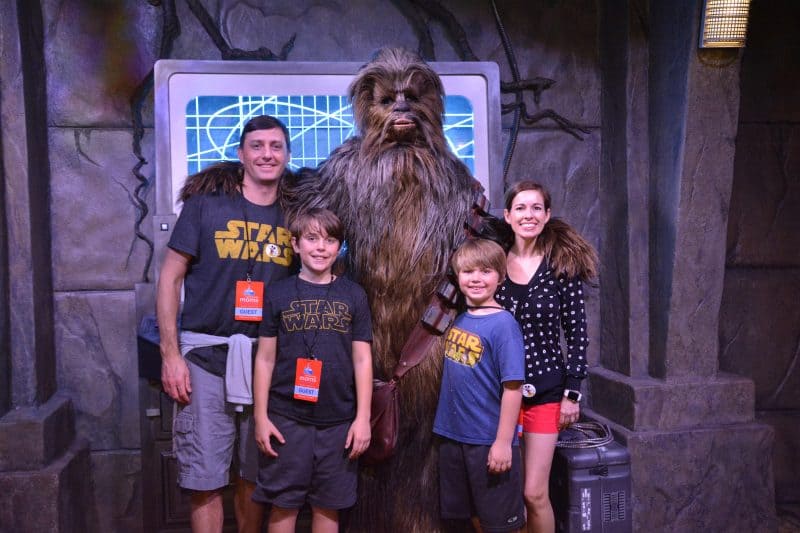 We were up early and packed up our bags for the cruise before heading to Disney Springs for an advance viewing of DisneyNature’s Born in China premiering on Earth Day (April 22) and breakfast!  I’ll give a full review of the movie soon but it is excellent! 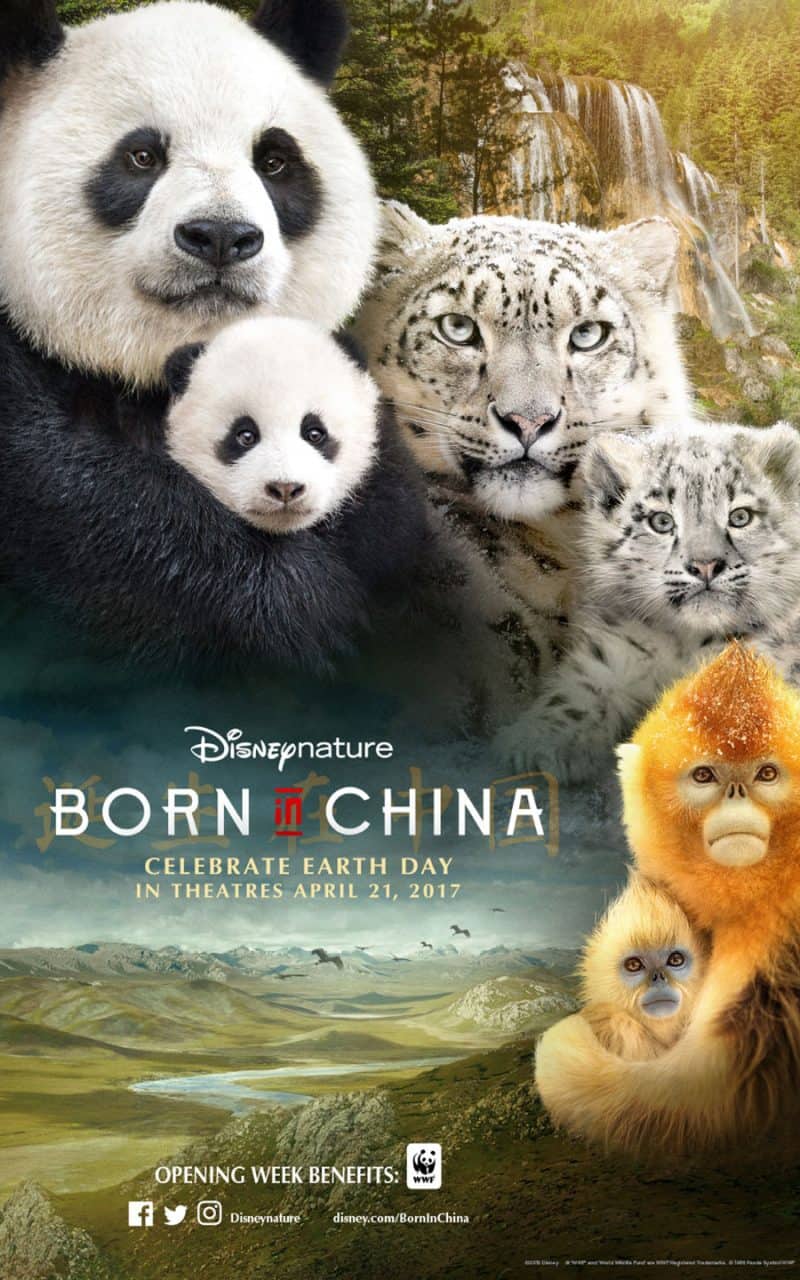 After the film, the influencers attended a Q&A with the film’s producer, Roy Conli.  It was absolutely fascinating to learn about the process of filming these animals in their natural habitats.  He shared how incredibly long it took, how far they had to hike, the hours spent out in the elements, and what it was like to film these sometimes extraordinarily elusive animals. 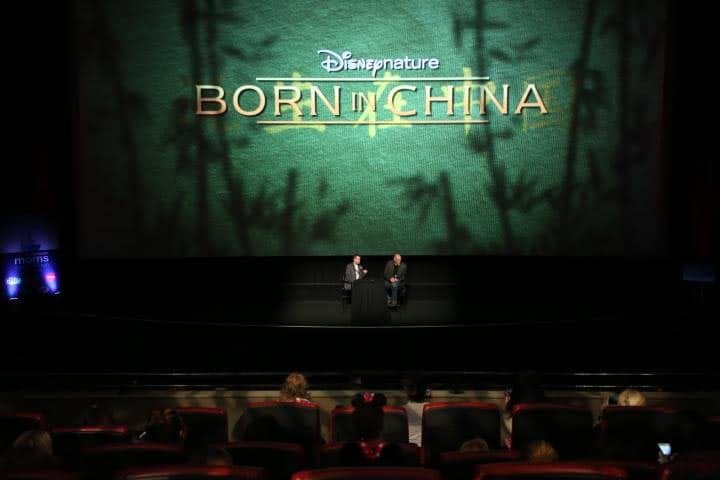 After the movie, the land portion of our adventure had come to a close and we headed to Port Canaveral to board the Disney Wonder!! 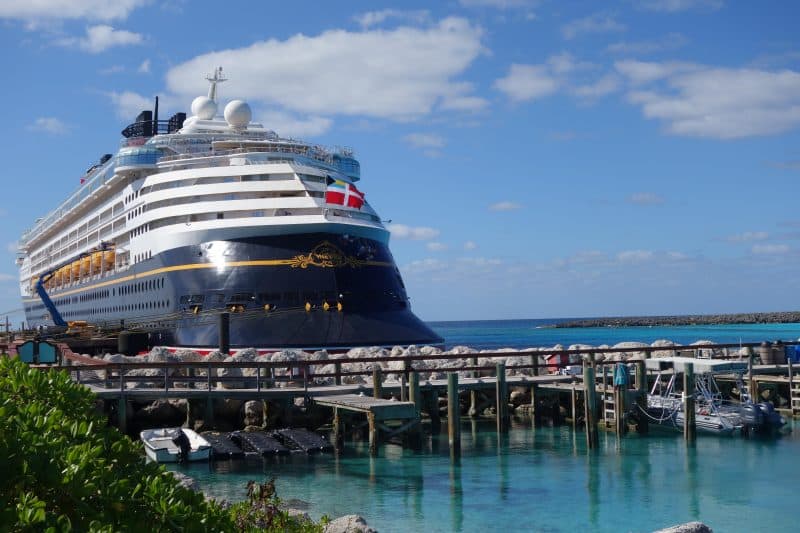 With the littles and Honey happily ensconced at the pool, I headed off to a private lunch at Animators Palate.  We were treated to the alternate, interactive animation experience that is usually only available on 7-night or longer sailings!  It was SO cool and something I wish the boys could have done.  Your drawings literally come to life on the screens! 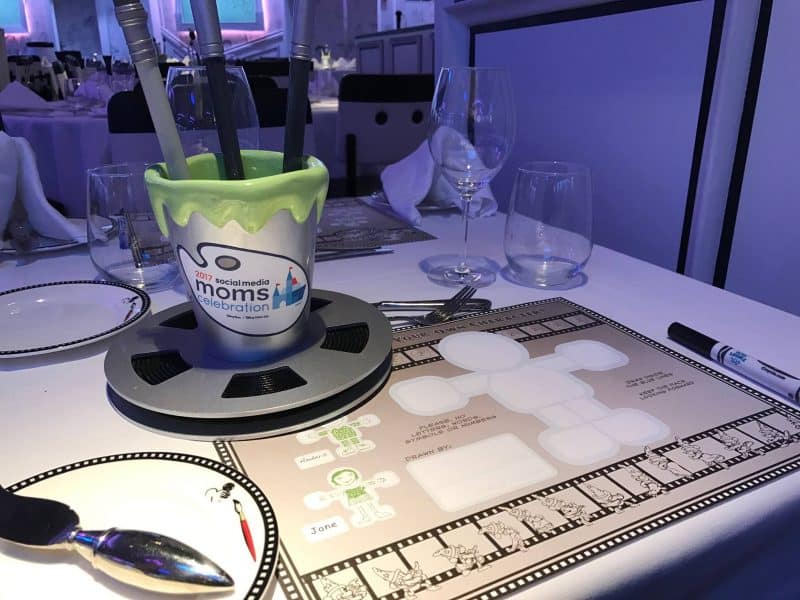 After lunch we headed to a Welcome Aboard Reception and then joined our families for the rest of the afternoon.  You can see more about our trip on the Disney Wonder HERE!

This was the at sea day for our trip and GMA just so happened to be filming aboard the Disney Wonder live!!  We were invited to join in on the fun with Mickey, Minnie, Ginger Zee and the gang! 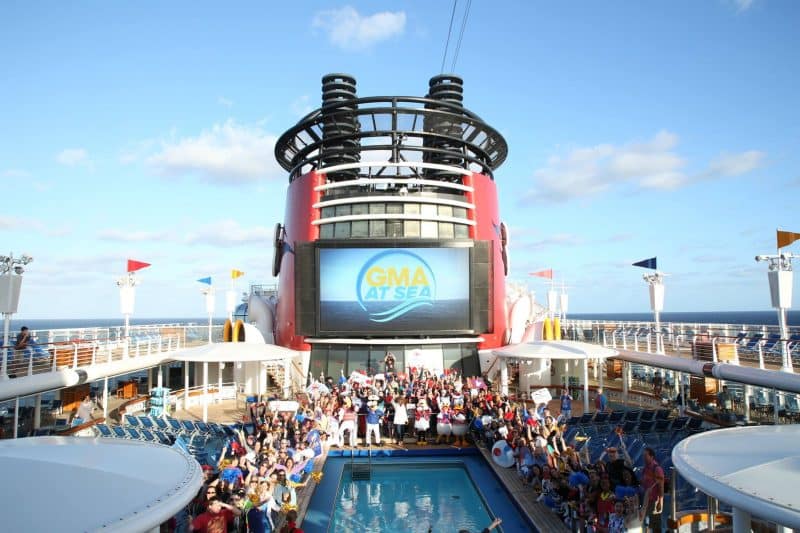 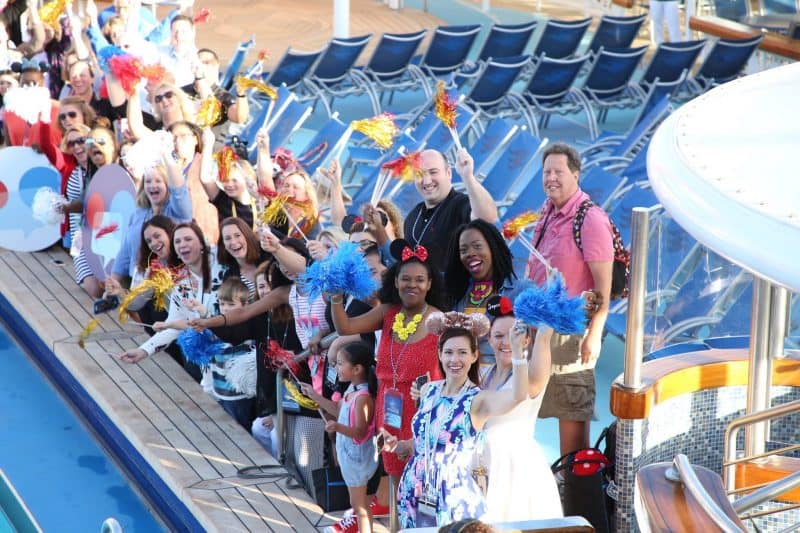 Afterwards, the influencers attended the general sessions while our families enjoyed the ship!  We were treated to sneak peeks of a new Disney Short and Beauty and the Beast, and we learned about all sorts of new things coming to the parks, cruise line and television as well.  Our lunch was in Tiana’s Place and was absolutely delicious! 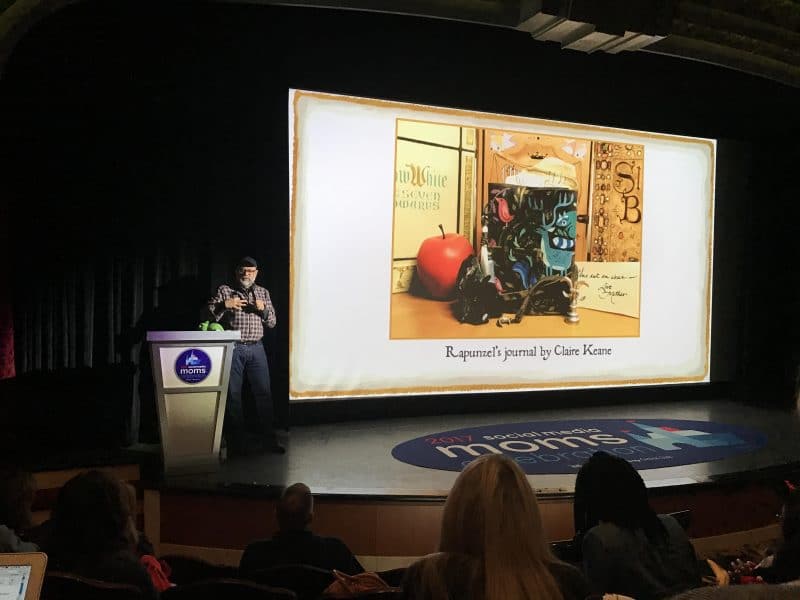 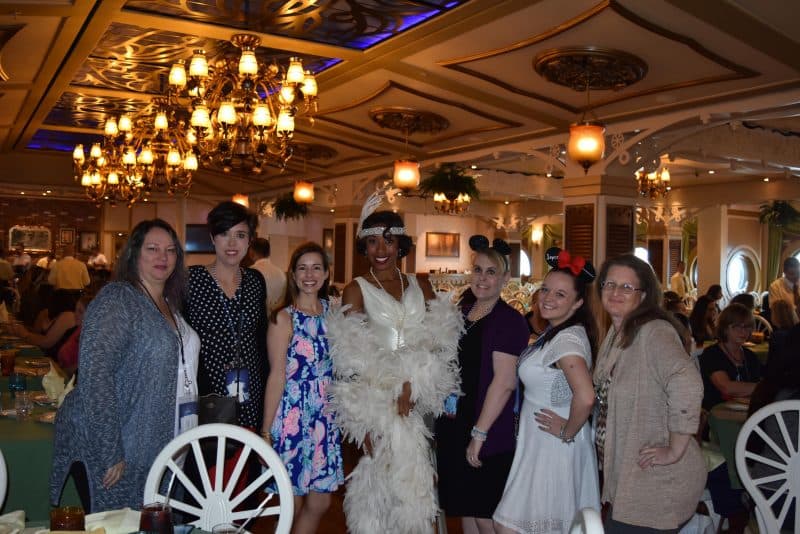 Our day on Castaway Cay was mostly spent with family, and you can read all about it here.  However, they did set up a little lounge area for us and Honey and I relaxed in a hammock for a bit while the littles were in kids clubs.  Late night we met up in After Hours with other bloggers (and their guys) for some fun and games! 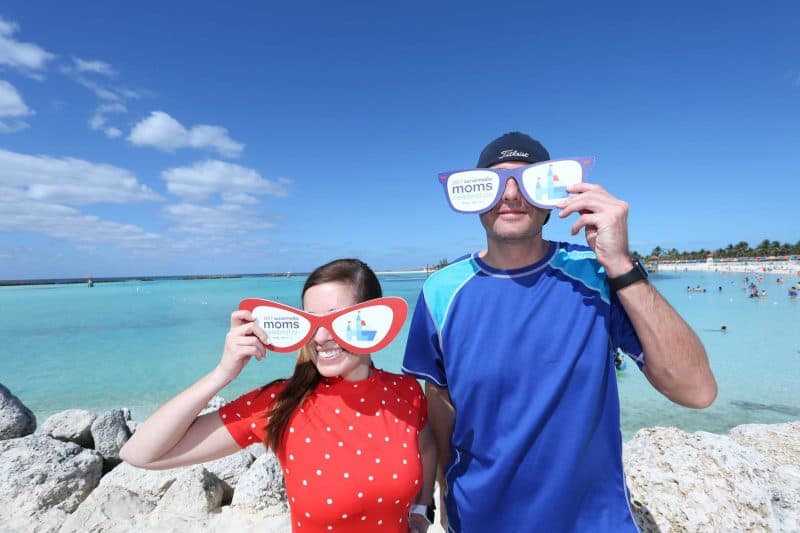 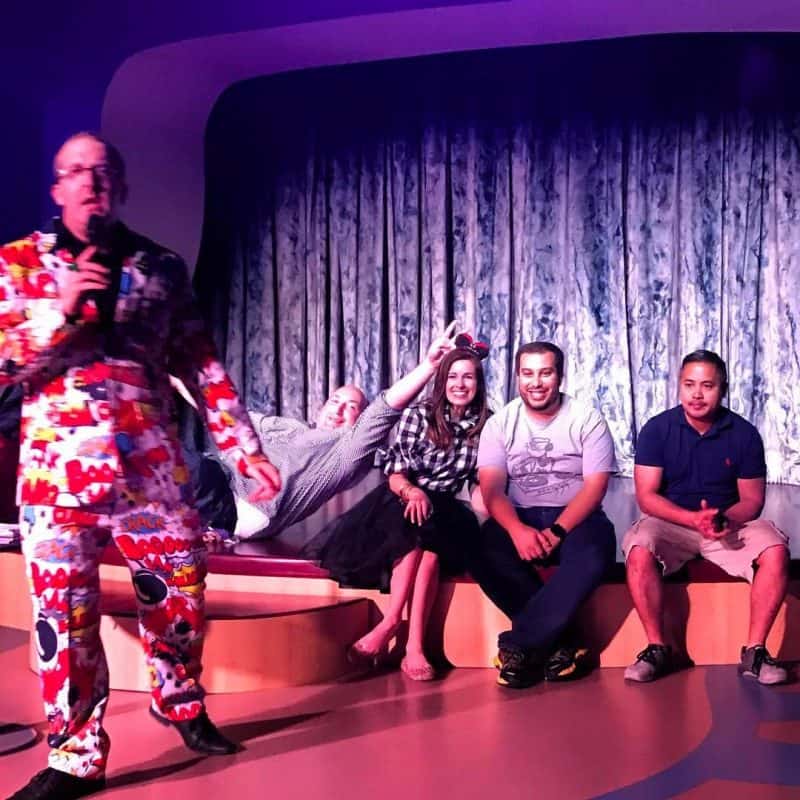 We woke up already back in port and enjoyed our last breakfast aboard the Disney Wonder before heading home. 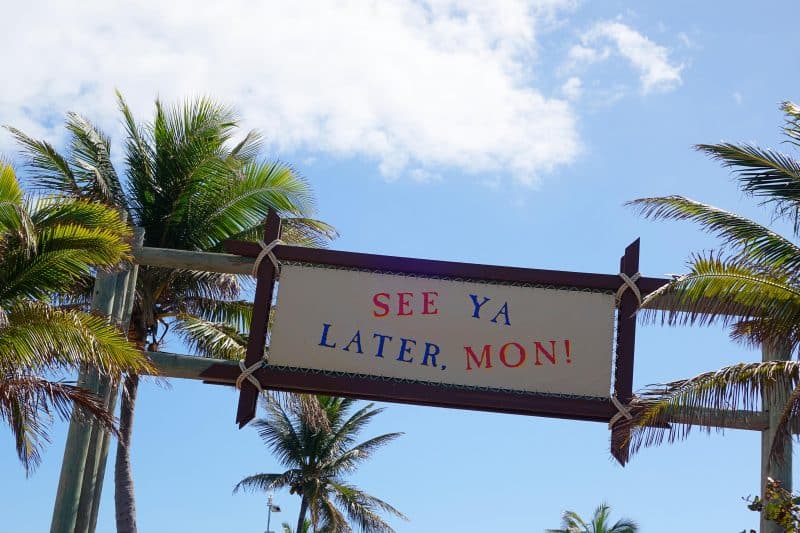 It was a truly magical event and was such an honor to be chosen to attend!  I look forward to sharing more about our trip outside of the Disney SMMC specific activities in the coming weeks.