After a wonderful couple of days in Dollywood we were on the road again in our Tour of Tennessee!  En route from Dollywood to Nashville, we spent a quick morning in Knoxville.

We really only had a little bit of time in Knoxville but we hit three things on our list.  The 1982 World’s Fair was held in Knoxville at what is today World’s Fair Park and the Sunsphere. This was our first stop of the morning.  We explored the park a little and let the boys exercise their legs – and it was a splendid day to do so!  Then we headed up in the Sunsphere, constructed as the symbol to the Fair in 1982.  You simply take an elevator up to the 4th level to the Observation Deck and then walk around.  It provides a 360-degree view of the park, downtown Knoxville, the Tennessee River, the University of Tennessee, and the Smoky Mountains.  It is free and really only take a few minutes.  We were the only people there.  Parking is free too!  As an aside, I so wish the USA could secure the bid on another World’s Fair.  We haven’t had one since 1984 and I’d love love love to go.  I mean, assuming you can just “go” to a World’s Fair.  I’ve been intrigued by them ever since I started gobbling up every piece of information around Walt Disney.   But I digress…

We are HUGE fans of the Roadside America App and use it every time we leave the metro Atlanta area.  With this, we found the World’s Largest Rubik’s Cube.  (One of many amazing things we’ve found in the last two years.  HA!) The piece was originally designed for the entrance to Hungary’s pavilion in the 1982 World’s Fair (the toy was designed by Hungarian Erno Rubik) and was one of the Fair’s most well known icons.  It did work at one time, but is no longer functional.  The piece now lives in the lobby of the Holiday Inn where it connects to the Knoxville Convention Center, right across the street from the Sunsphere.  Would I make a special trip to Knoxville to see this? No.  Would I cross the street to humor my Rubik’s Cube loving boys and get some silly pictures?  Absolutely. 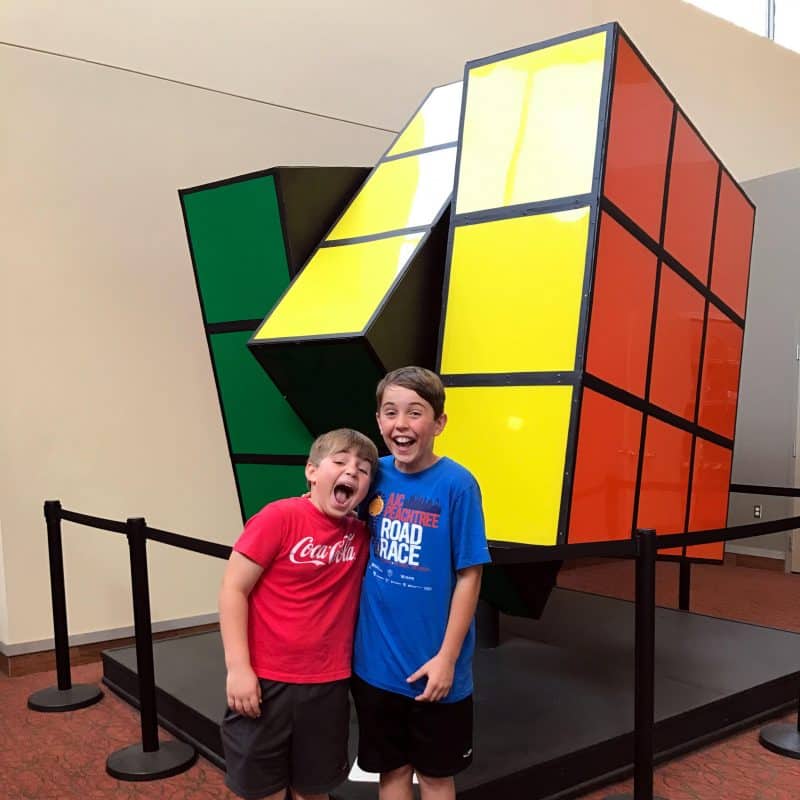 Our last stop was the Knoxville Chocolate Co. that is right in the exact same area as World’s Fair Park as well.  Y’all know we can sniff out any sweet in a ten mile radius.  It’s a darling shop with divine hand made chocolate.  In fact, the Easter bunny picked up hand filled chocolate rabbits and chocolates in the shape of the state of Tennessee for four little baskets.  Sadly, the Easter bunny left them in the back of the Jeep and they melted somewhere along the way.  Regardless, it was a fun stop! 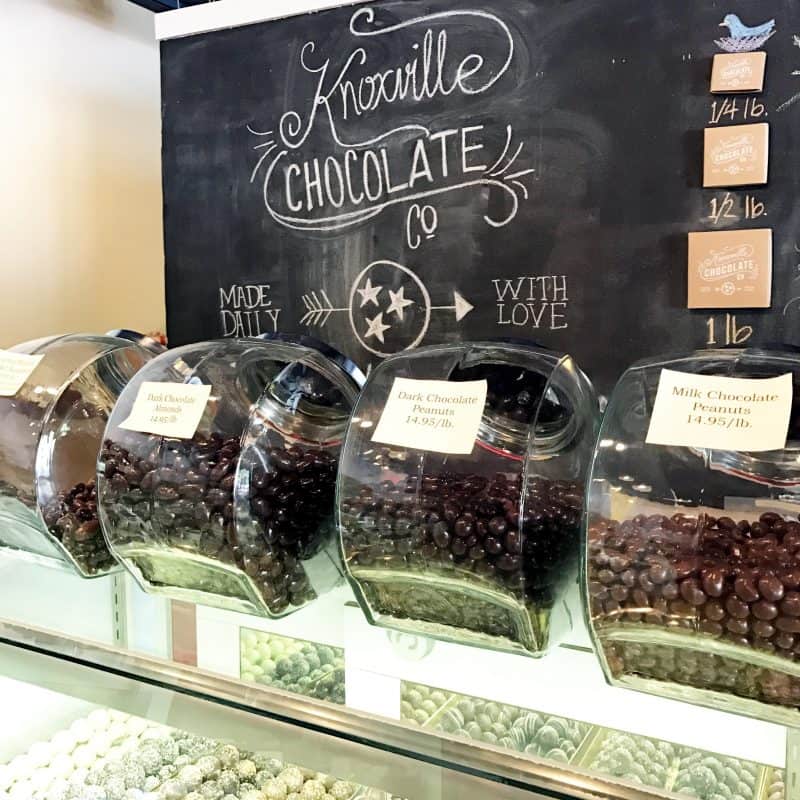 We had to hit the road for Nashville in order to make our show that night, but we hope to pay Knoxville a real visit soon.  Our stint in Music City kicks off tomorrow!

Knoxville
Part 5 – a quick morning in the city

3 thoughts on “Tour of Tennessee {A Morning in Knoxville}”