We traded our usual last day of school snack for a celebratory breakfast this year!!  Since we have a fifth grader in the house, I let him invite a few friends to join us.  Whit also invited a friend as well.  So, on the last day of school at 6:30AM, I had six hungry boys in the house.  They were full of energy, but also bittersweet as the older boys will be split up to different middle schools next year. 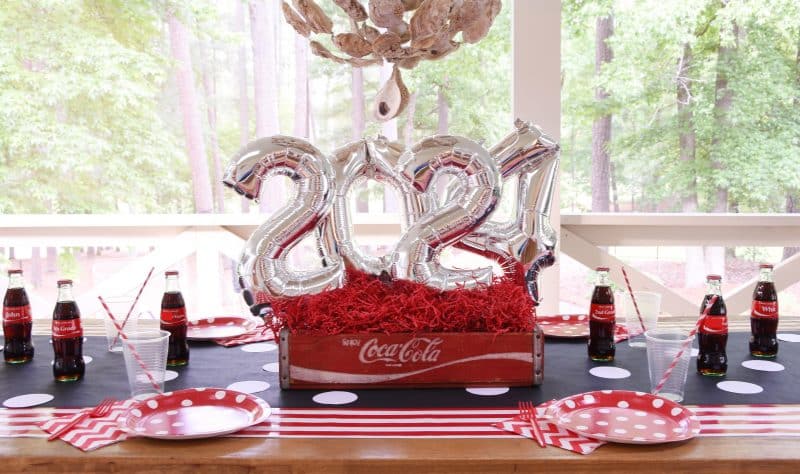 Sip, Sip, Hooray!!!!!!!!!!  The class of 2024 is wrapping up elementary school!  I went with a Coke themed breakfast and had so much fun pulling it all together.  Y’all know how I love Coke. 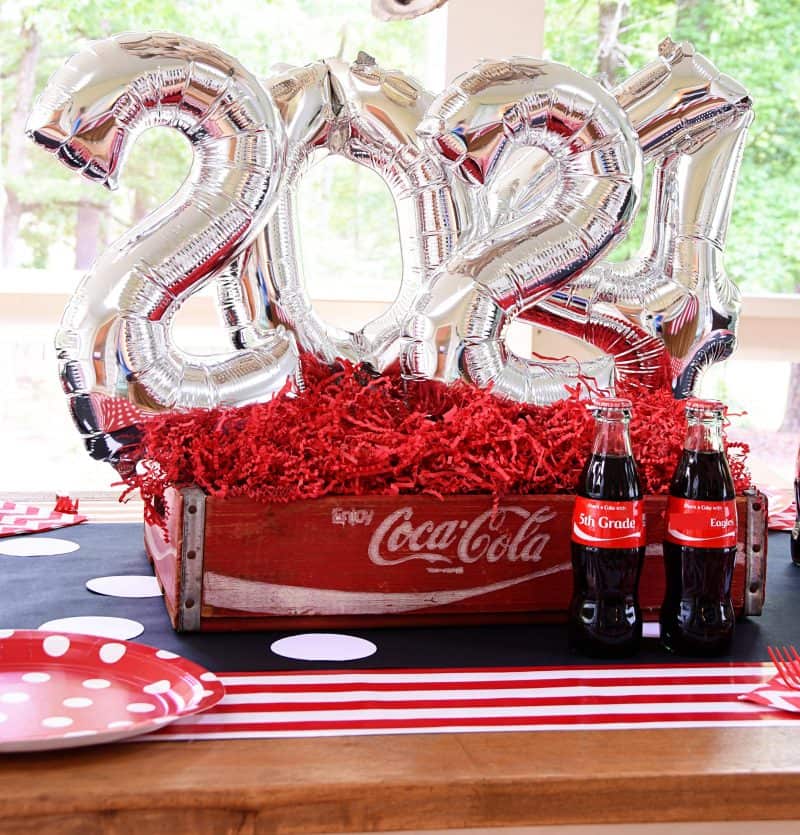 The custom Coke bottles are from ShareACoke.com.  I ordered them with the boys names, grades and their school name.  They all though they were SO cool!!  The runners are wrapping paper rolls from Party City and Michael’s.  The balloons, plates, napkins and cups are from Party City.  The Coke crate is vintage. 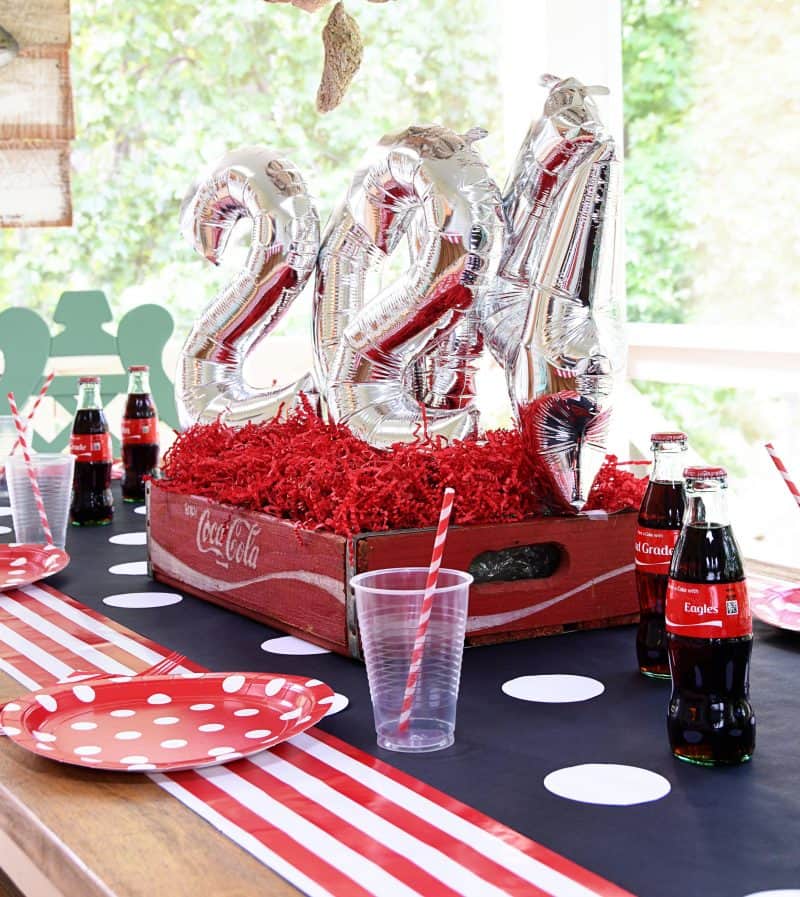 Breakfast was simple, consisting of donuts as well as fruit, biscuits and smoothies brought by the other moms. 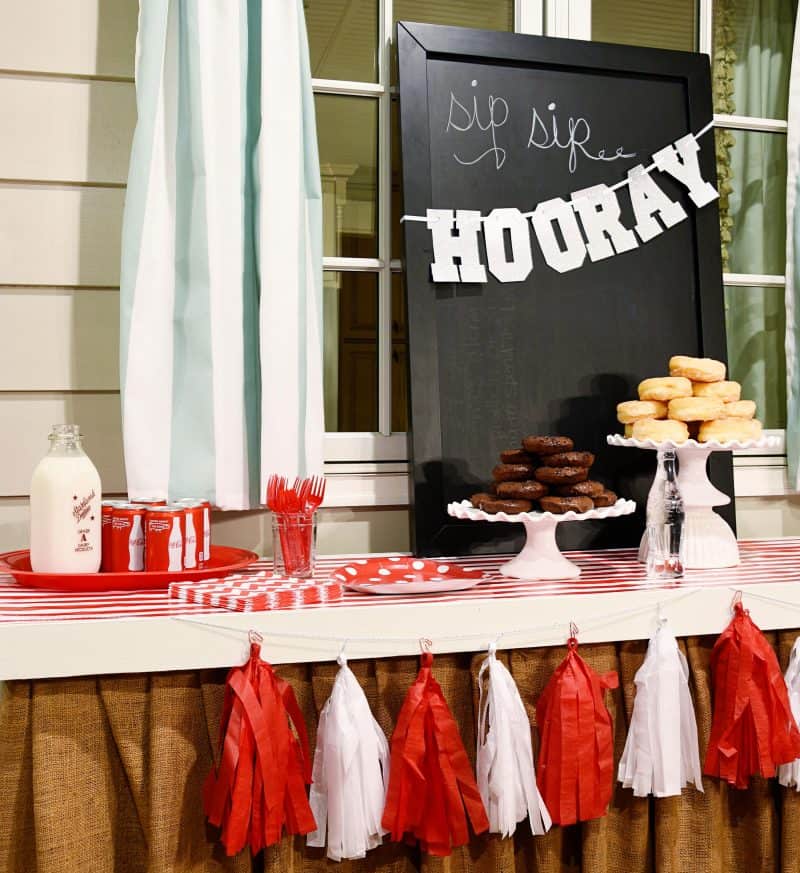 I pulled the chalkboard up from the basement and used a banner I found at Party City in the graduation section. 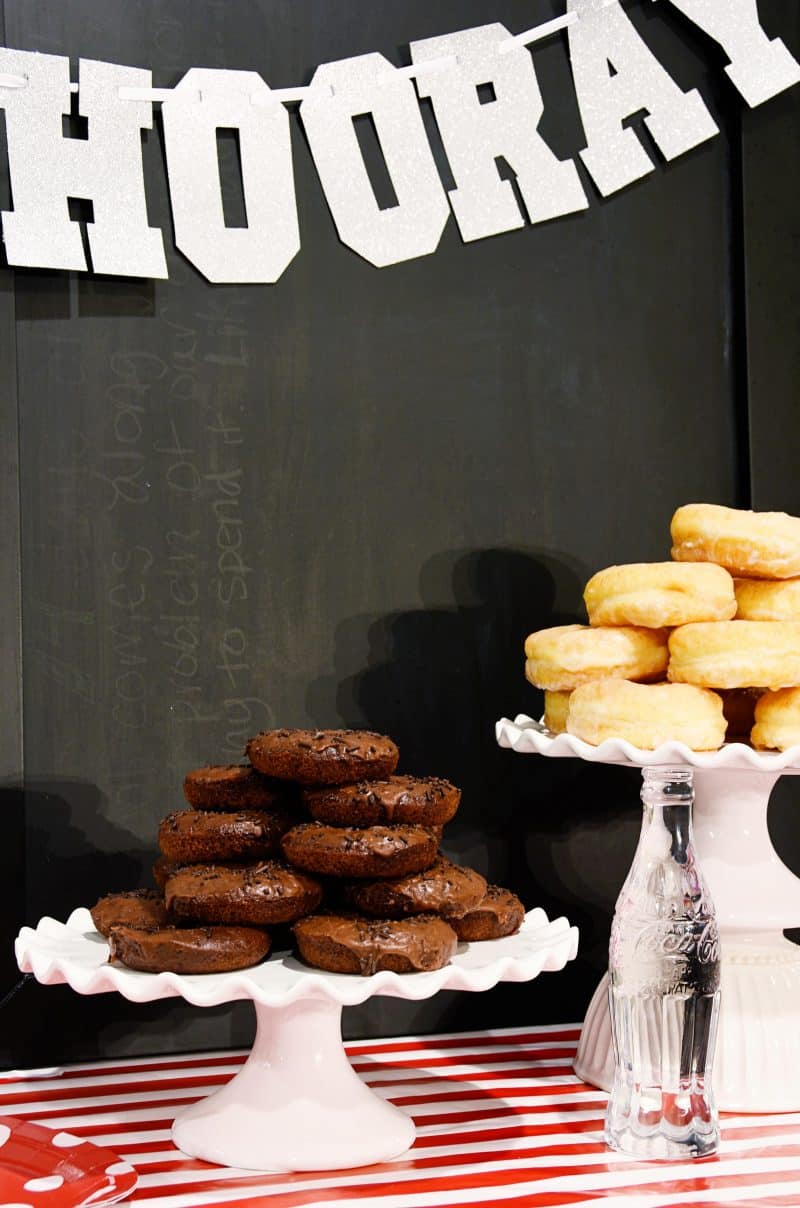 I picked up the glazed donuts at a new bakery near my house and made the Chocolate Coca-Cola baked donuts to go with the theme!  They were yummy and the glaze is out of this world.  They are just like the Coca-Cola Cake, if you’ve ever had that.  I used this recipe and baked them in these pans.  It made 16 for me. 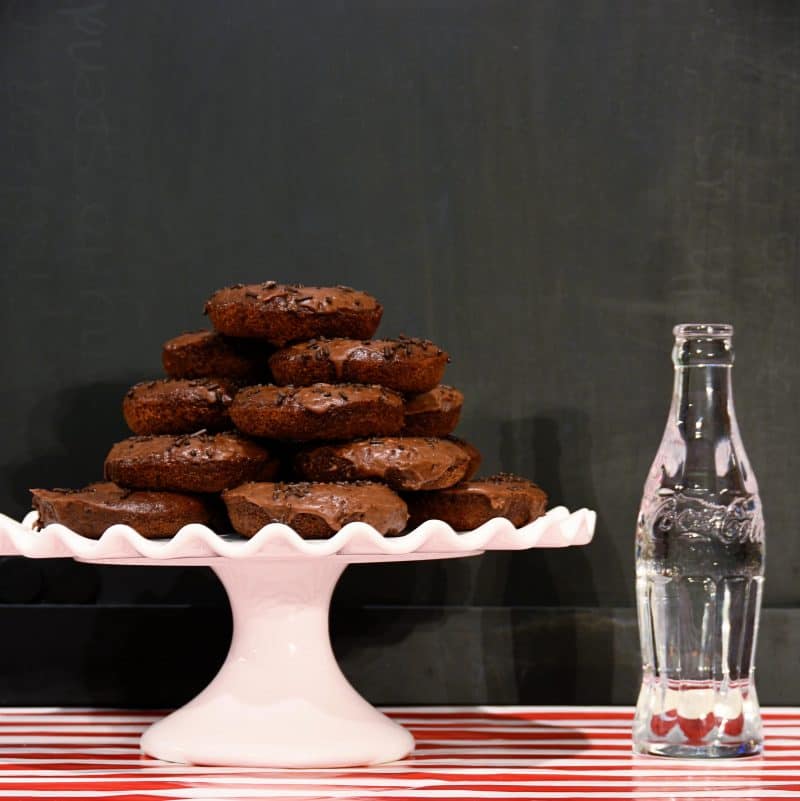 After making quick work of the breakfast fare, the boys headed down to the basement for some billiards and video games.  You know, after filling their gullets with sugar.  I mean, it is the last day of school. 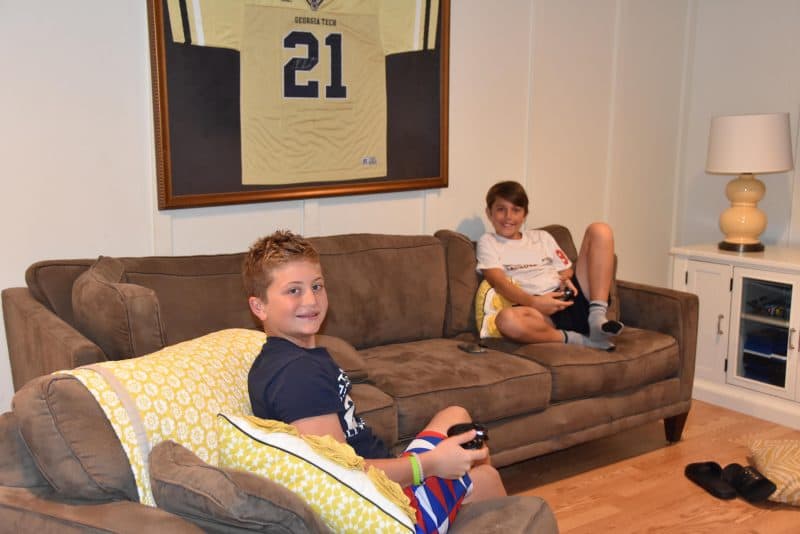 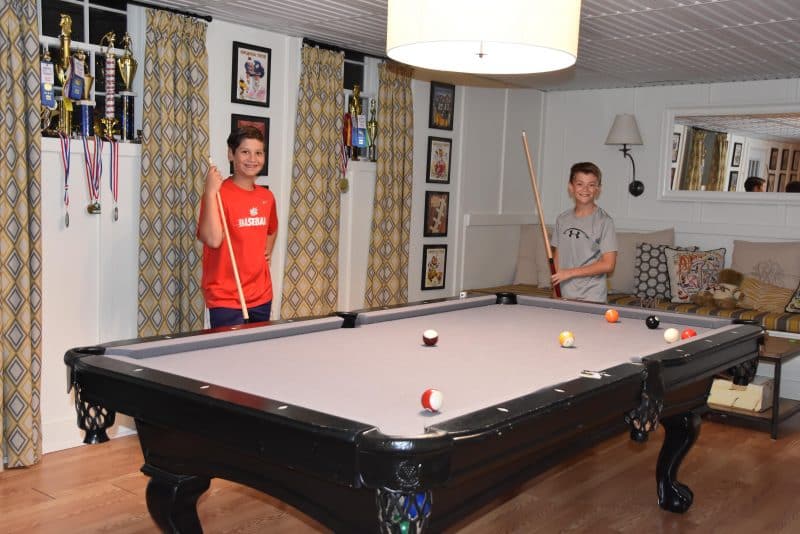 This is such a sweet group of boys and I can’t tell you how bittersweet it is to reflect on how much they’ve accomplished in elementary school yet having to see them split up for middle school. 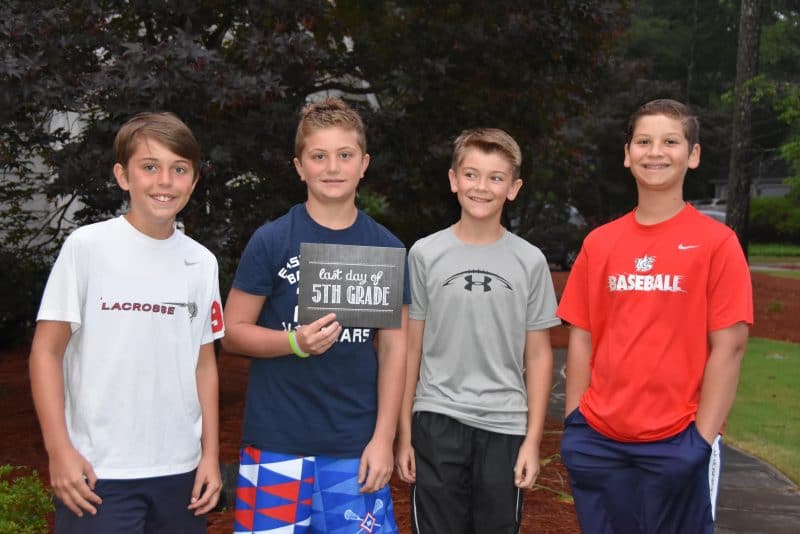 Whit and his friend hopped on the bus a little earlier than the older boys had to leave to go through carpool.  I decorated Honey’s Jeep with balloons and a sign for their very last day of elementary school :-) 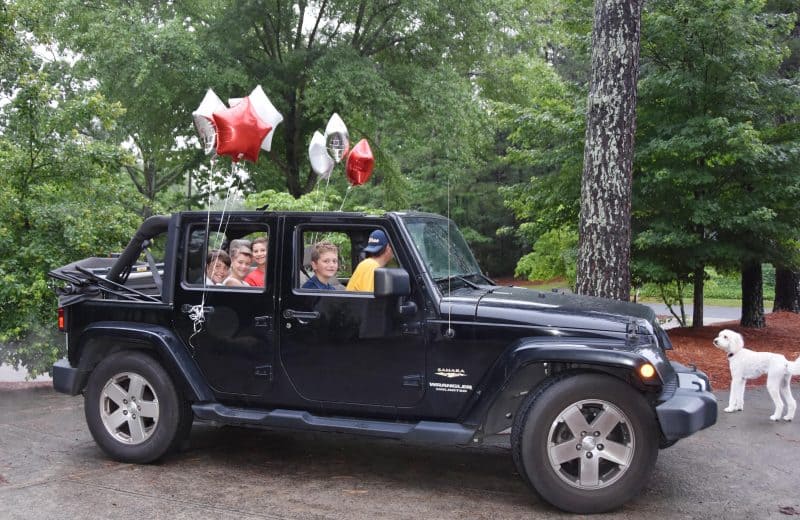 They were all so cute and excited. 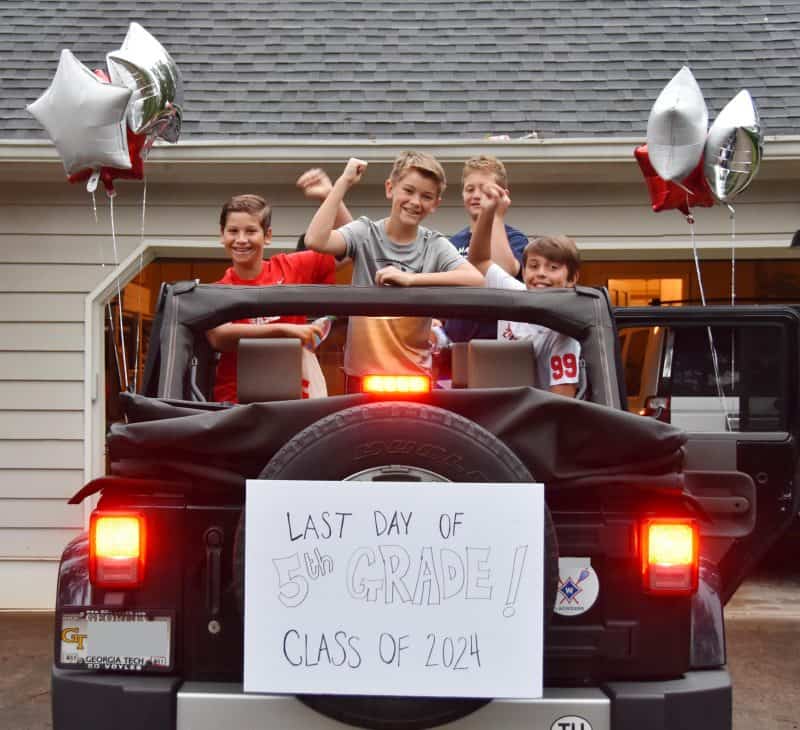 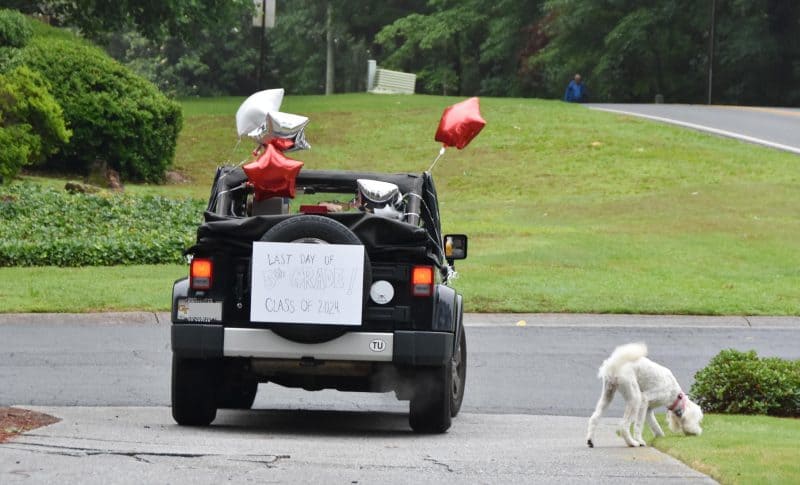 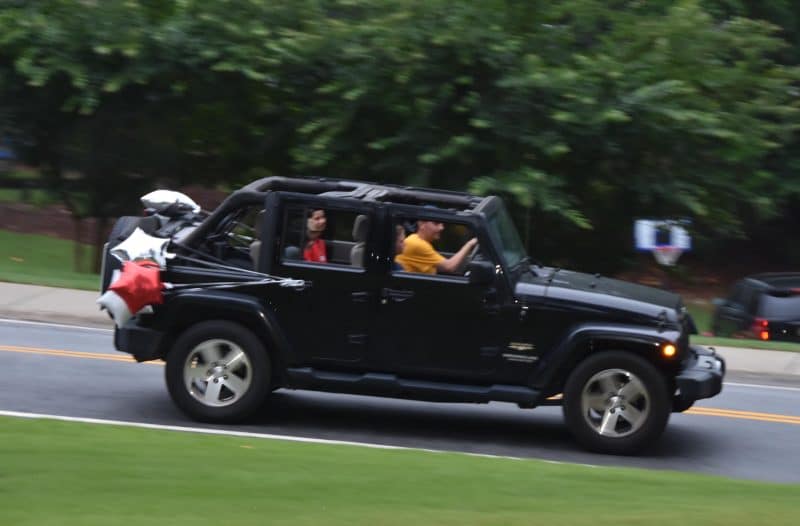 I wish these kids so much luck on the road ahead.  In three more years they will all meet again in high school.  Something tells me those three years are going to feel like three minutes when it’s all said and done.  Time flies. 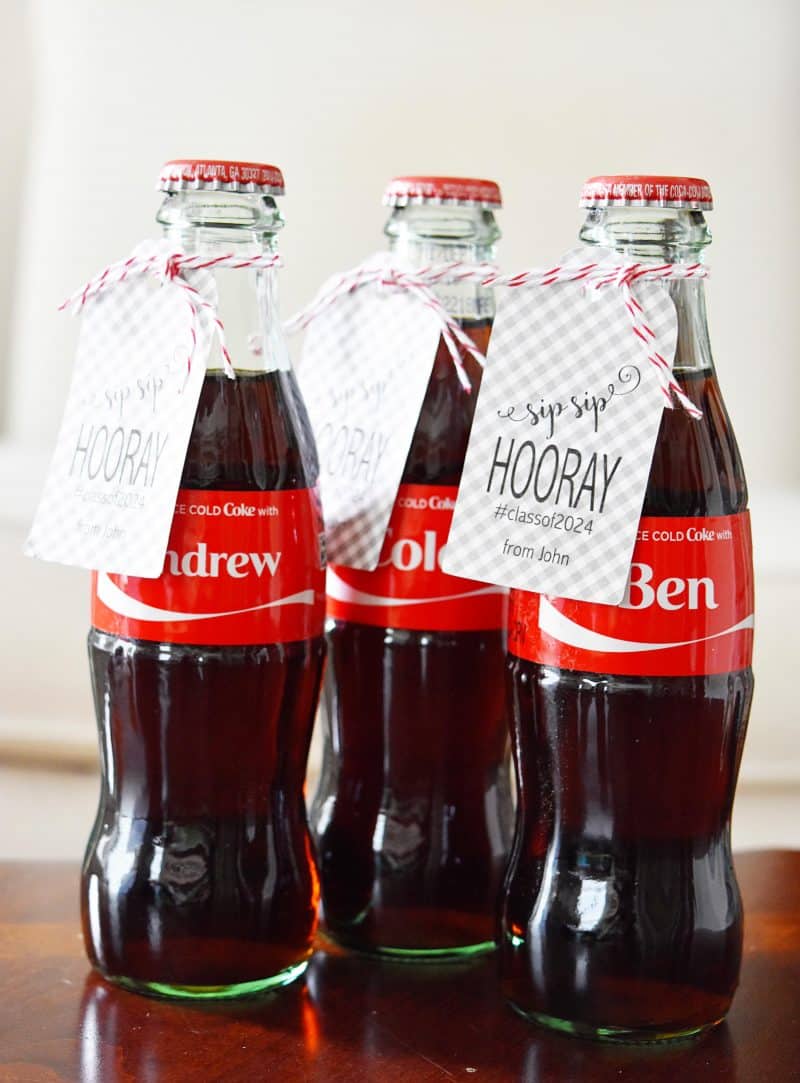