After what seems like a month, the 9th birthday celebration culminated in a dog themed party at the trampoline park!  We had to reschedule it after our unexpected snow last weekend and, when there was not a single party time open for the rest of the month, we ended up with a Thursday night. 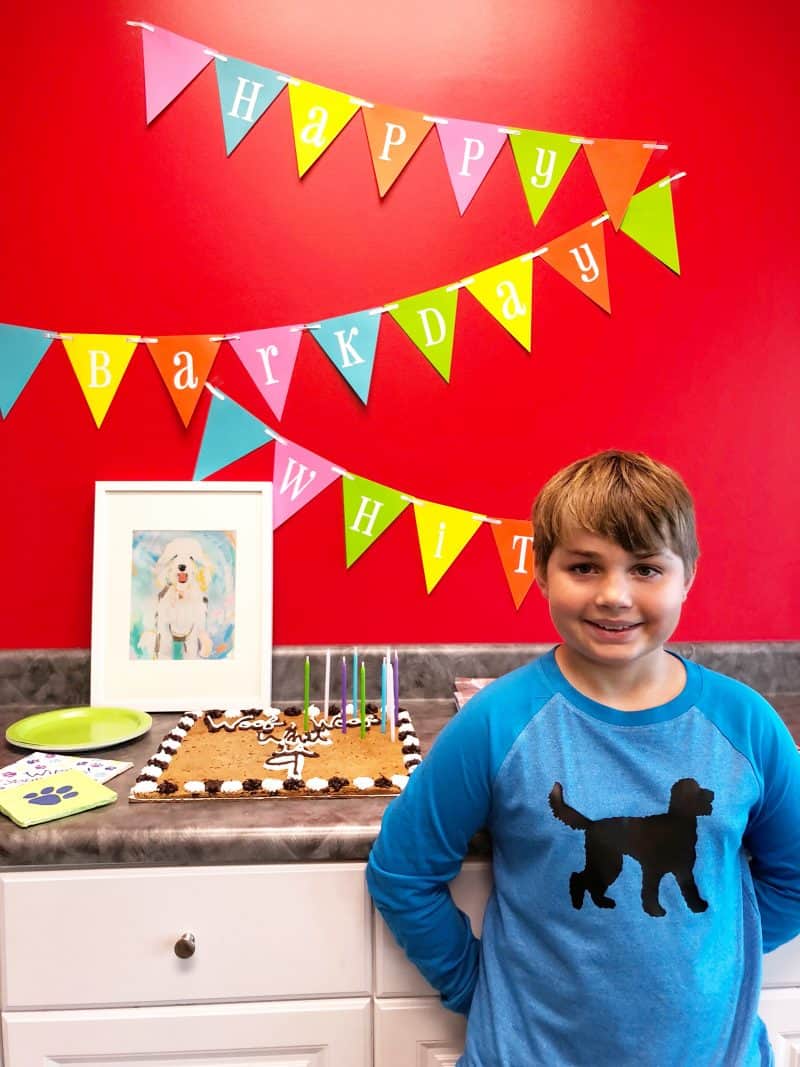 The birthday boy knows what he likes, as I am sure y’all have gathered by now.  He wanted an Elsa themed party.  I found adorable paper goods at Party City and then I made the shirt, banner (I bought the banner but cut the letters out of label paper) and favors with my Cricut.  I ordered a print of his Elsa painting for John’s room but brought it along to the party in lieu of bringing the dog herself.  He did ask… 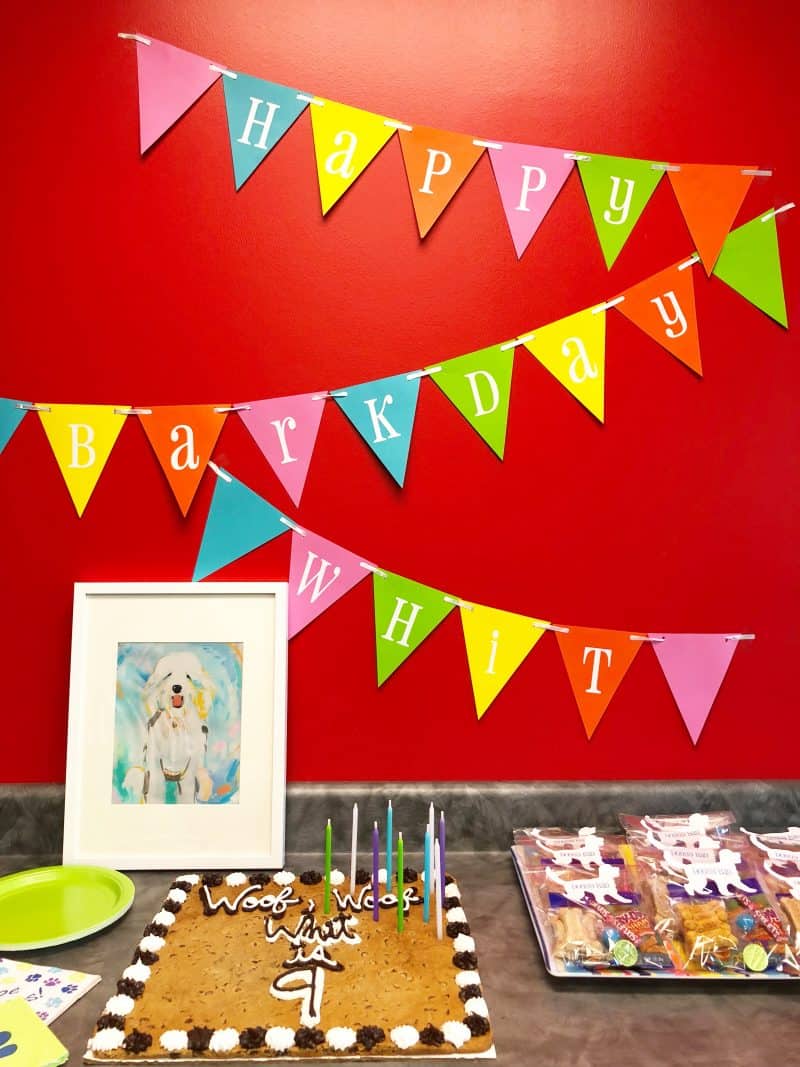 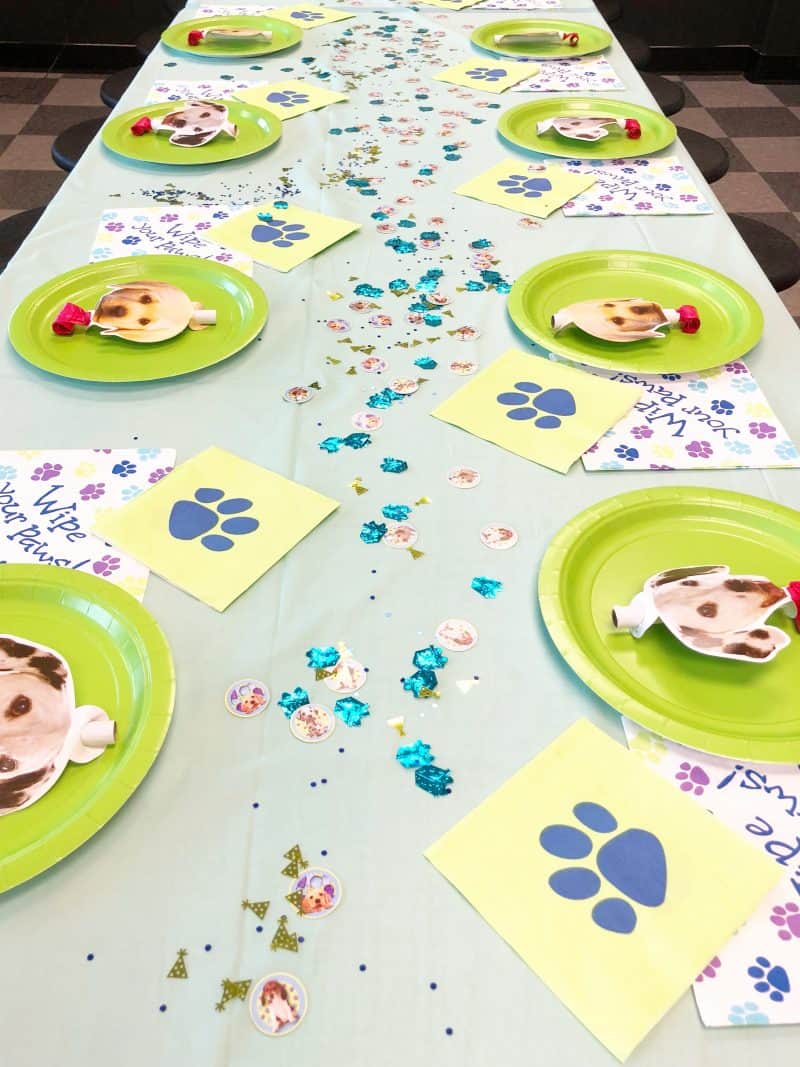 The doggy bags were funny.  I discussed what to put in them with the birthday boy.  Scooby Snacks and a few pieces of candy.  He insisted that we also needed to include milk bones.  I gave him every reason why we shouldn’t…

Not everyone has a dog… “but they all have a dog friend.”

They might accidentally eat them… “why would they do that?”

Their dog might not eat this kind of treat… “but if they tried it they would like it.”

We don’t know if they need small sized bones or bigger sized bones… “get both!”

And so, the milk bones went in the bags and gave a full disclaimer while passing them out. 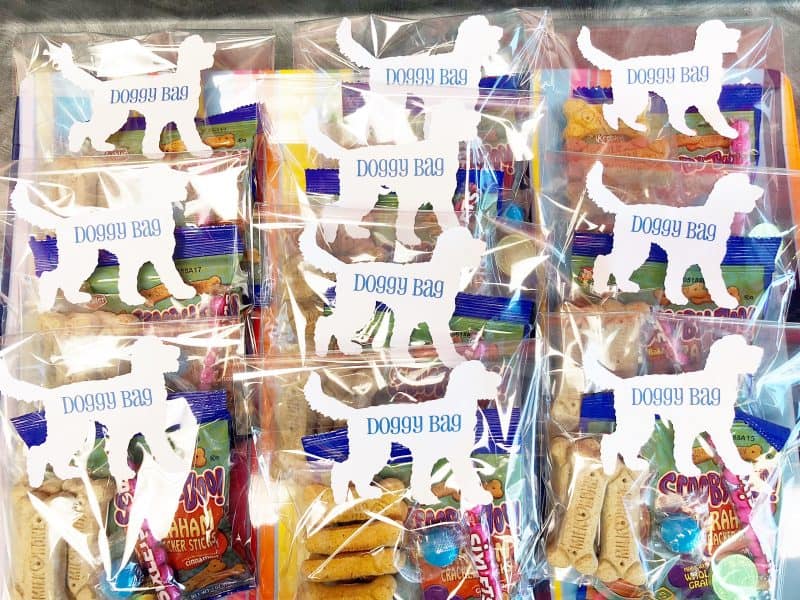 I spent a fortune on cookie cakes for this event.  I picked the first one up before the snow.  I debated freezing it but after a lot of feedback determined it wouldn’t freeze well.  So, we ate it.  And then we had to order a second cookie cake for the rescheduled party.  The first one was so much cuter (they put chocolate dogs all over it!) but this one tasted better. 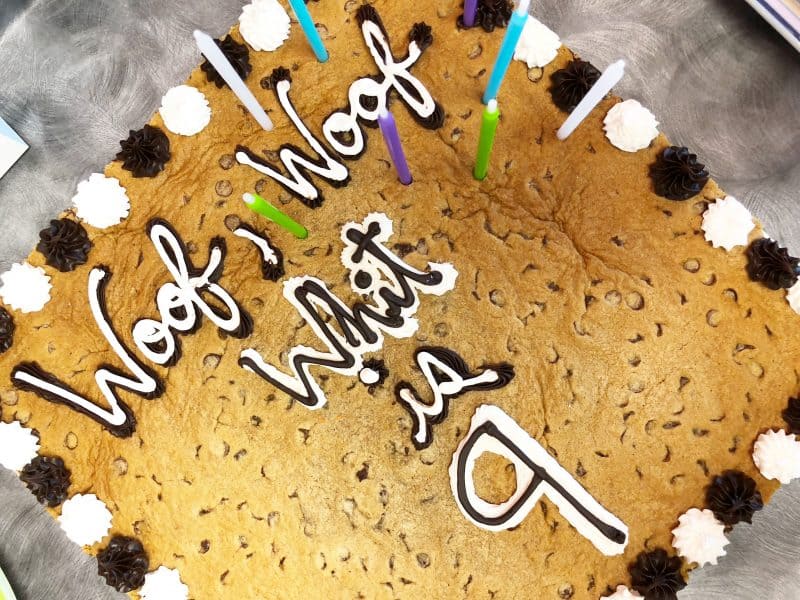 I really fell down on my picture taking.  This was the sole picture I have from the party. Whit at the top of the ninja course.  The upside of a school night party is that we had the place to ourselves! 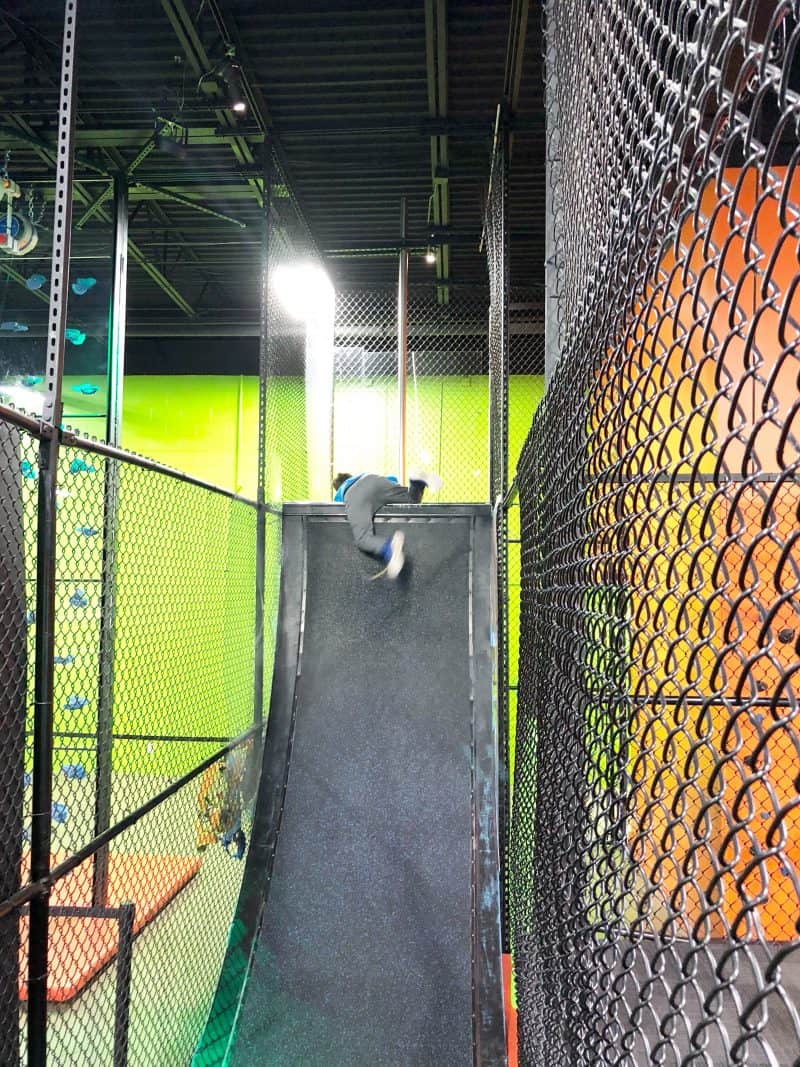 It was a fun little celebration executed precisely as directed.  The only thing missing was Elsa herself :-)