As y’all know, last month I had the honor of attending the 2018 Disney Social Media Moms Celebration (Disney SMMC)!  Like last year, the event was a land and sea celebration taking place at the Walt Disney World Resort and aboard Disney Cruise Line.  Mother came along for the fun this year, which made it extra special.

The entire week was full of incredible experiences, sneak peeks, family fun and, of course, Disney magic.  I thought it was high time to share with y’all some of what I learned!

Star Wars: Galaxy’s Edge is coming to both Walt Disney World and Disneyland in 2019.  To say my family was excited would be the understatement of the year.  They are actually building the Millenium Falcon for both locations and it looks HUGE!!  On top of that, a full fleet of x-wing fighters is also under construction.  I cannot wait for more details to unfold. 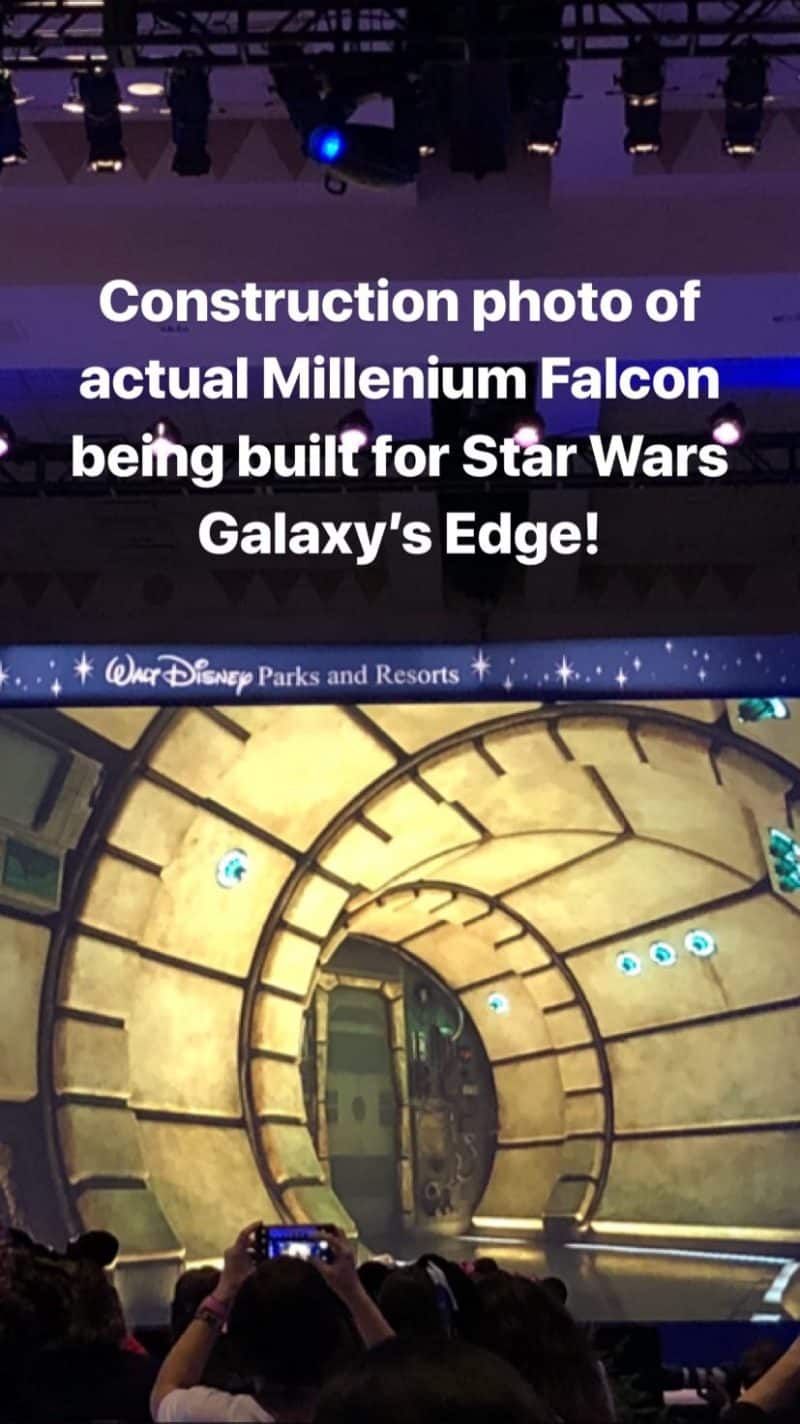 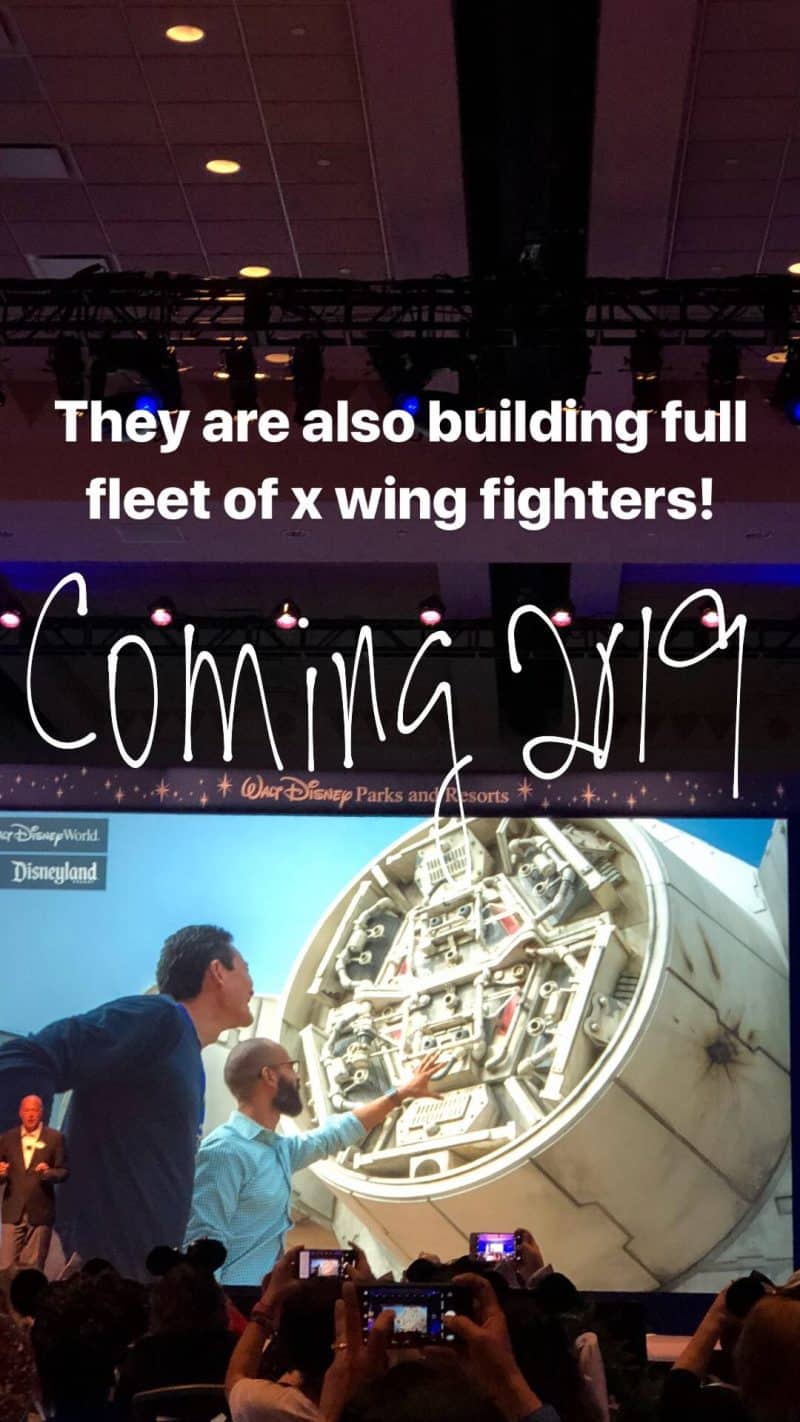 Also on the Star Wars front, the new Star Wars hotel will “seamless” connect to Star Wars Galaxy’s Edge in Hollywood Studios.  I presume this to mean it will either literally connect or have some sort of incredible themed transportation.  Guests of the hotel will immediately become citizens of the galaxy in a multi-day immersion throughout the duration of their stay.  Again, I cannot wait to see how Disney brings this to life. 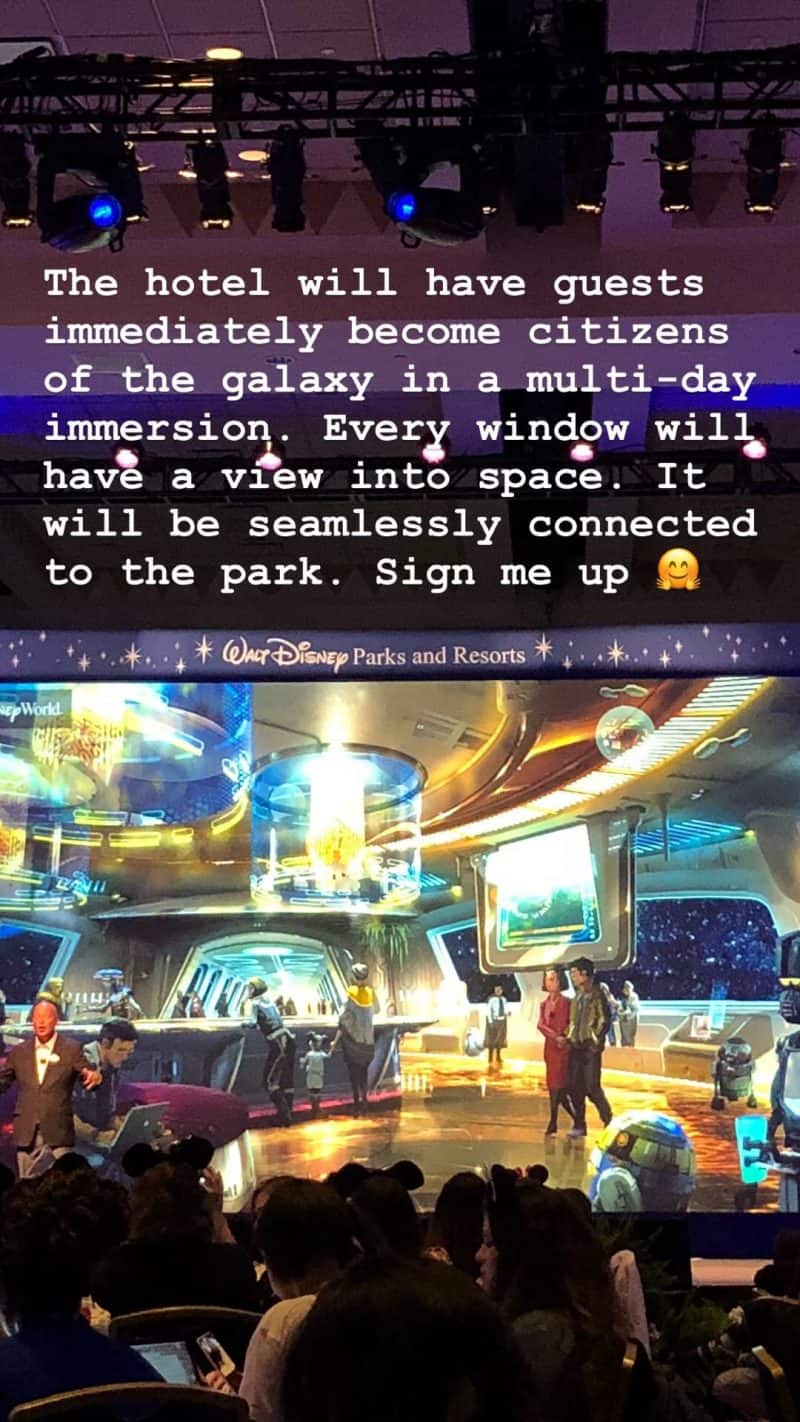 A new UP! show debuts at Animal Kingdom in April!  It will take place in the location of the old “Flights of Wonder” attraction, and birds will also play a part in this show. “This new experience will offer guests the chance to see senior Wilderness Explorer Russell and his furry friend Dug as they discover species of birds from around the world in their newest adventure. 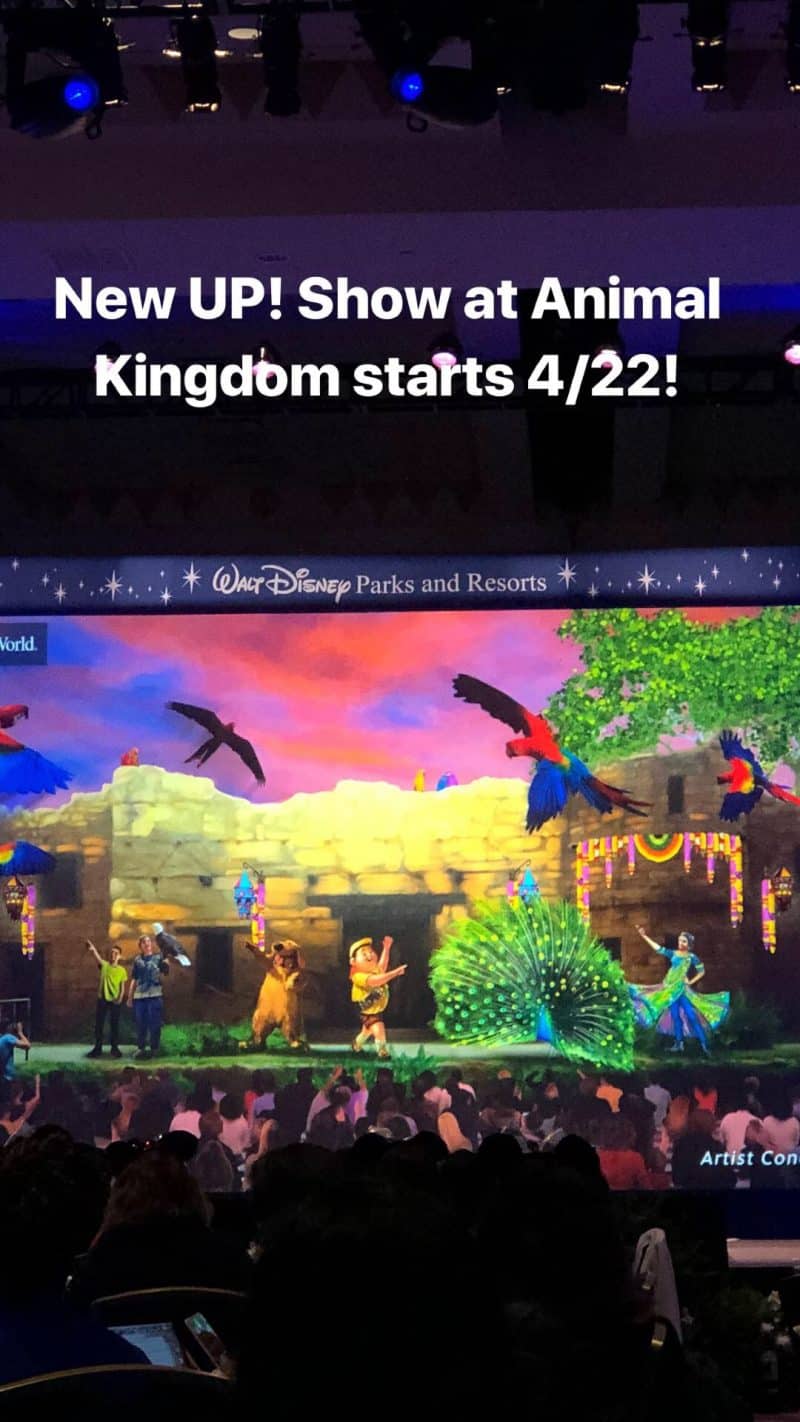 An all-new fireworks show, “Together Forever – A Pixar Nighttime Spectacular”,  is coming to Disneyland on April 13 as part of Pixar Fest.  I love how the image below depicts projections all the way down Main Street. 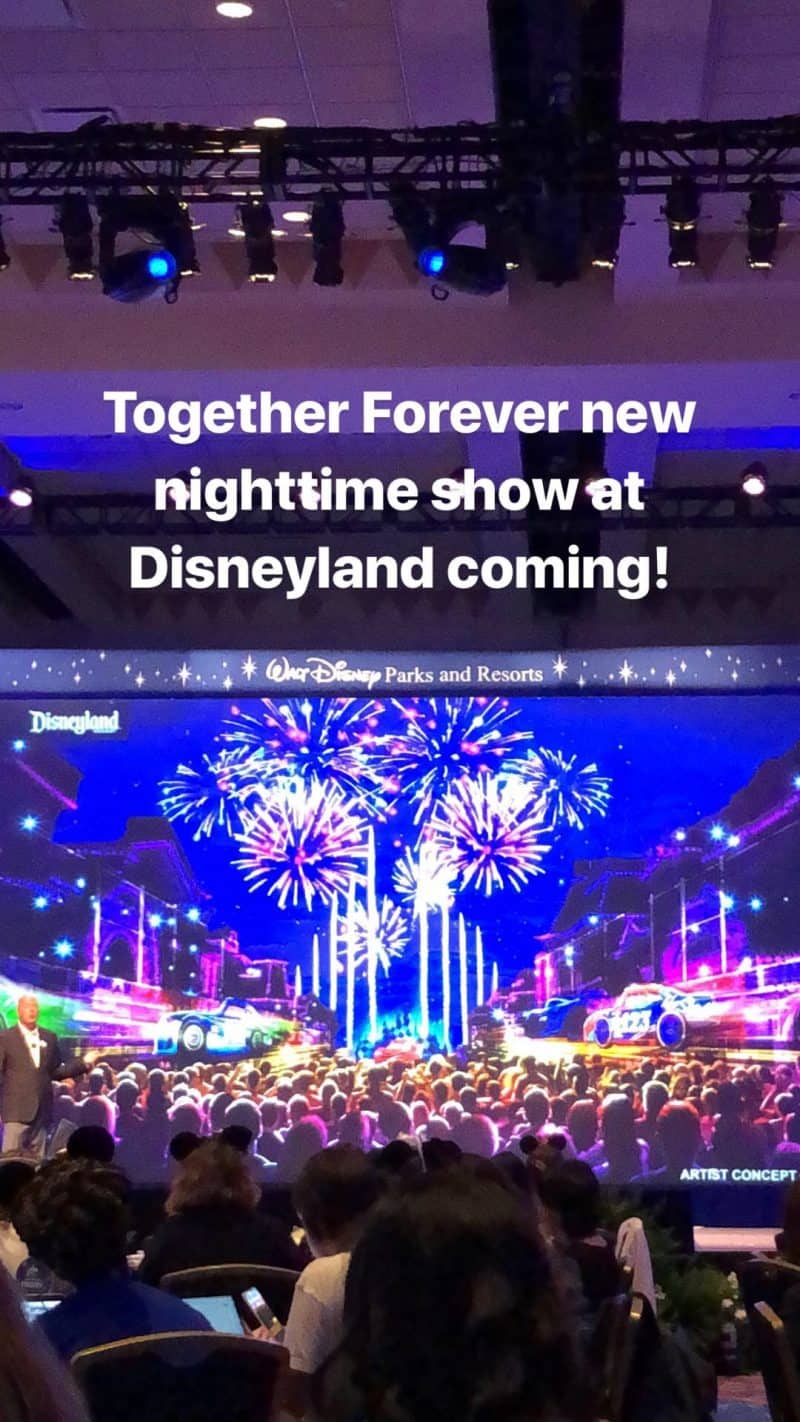 The old Cove Cafe in California Adventure is becoming the Lamplight Lounge.  And, my Disneyland fans will be happy to know, the Lobster Nachos ARE coming back! 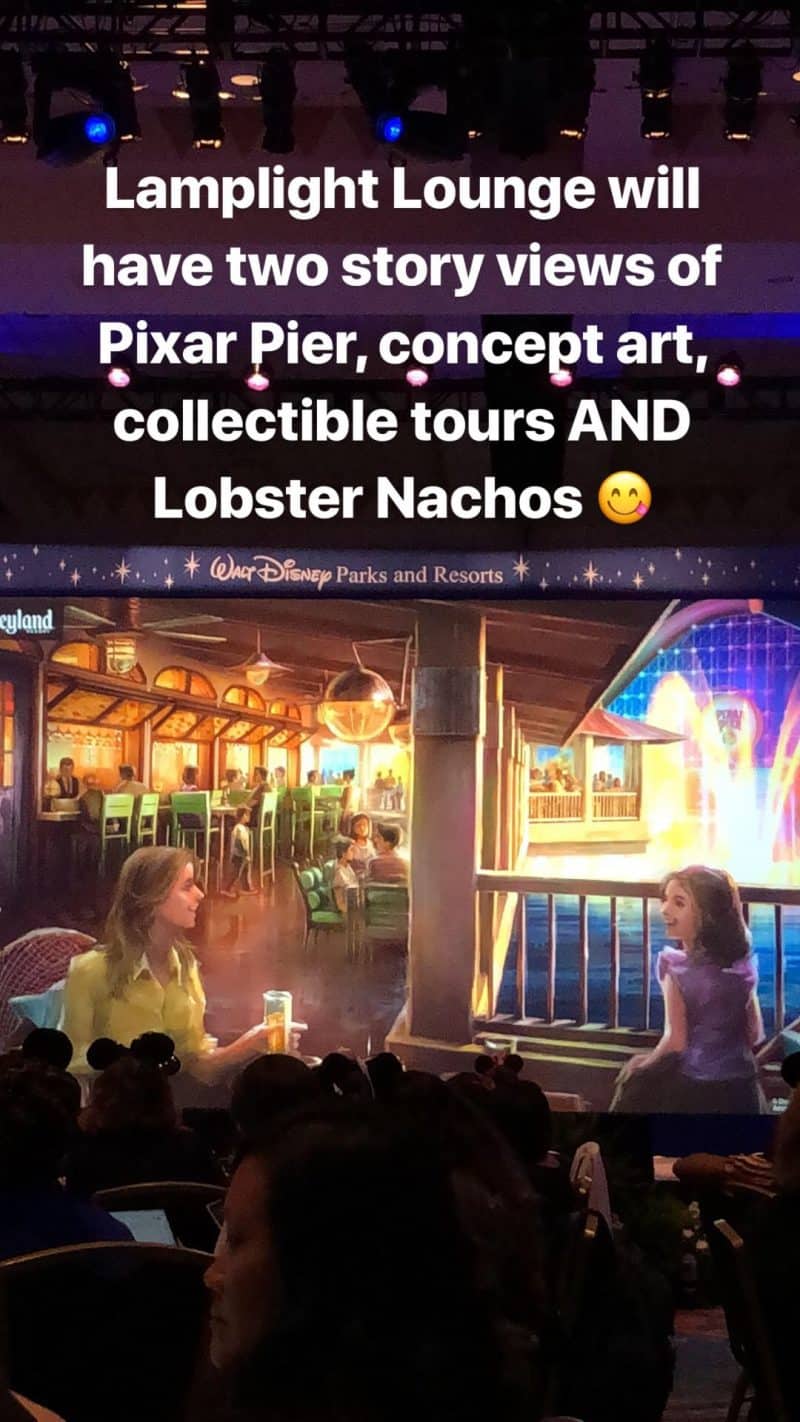 Speaking of Pixar, I got to meet these two all dolled up in their brand new Pixar themed attire!  (dress from Willow Park, ears from Bibbidi Bobbidi Brooke) 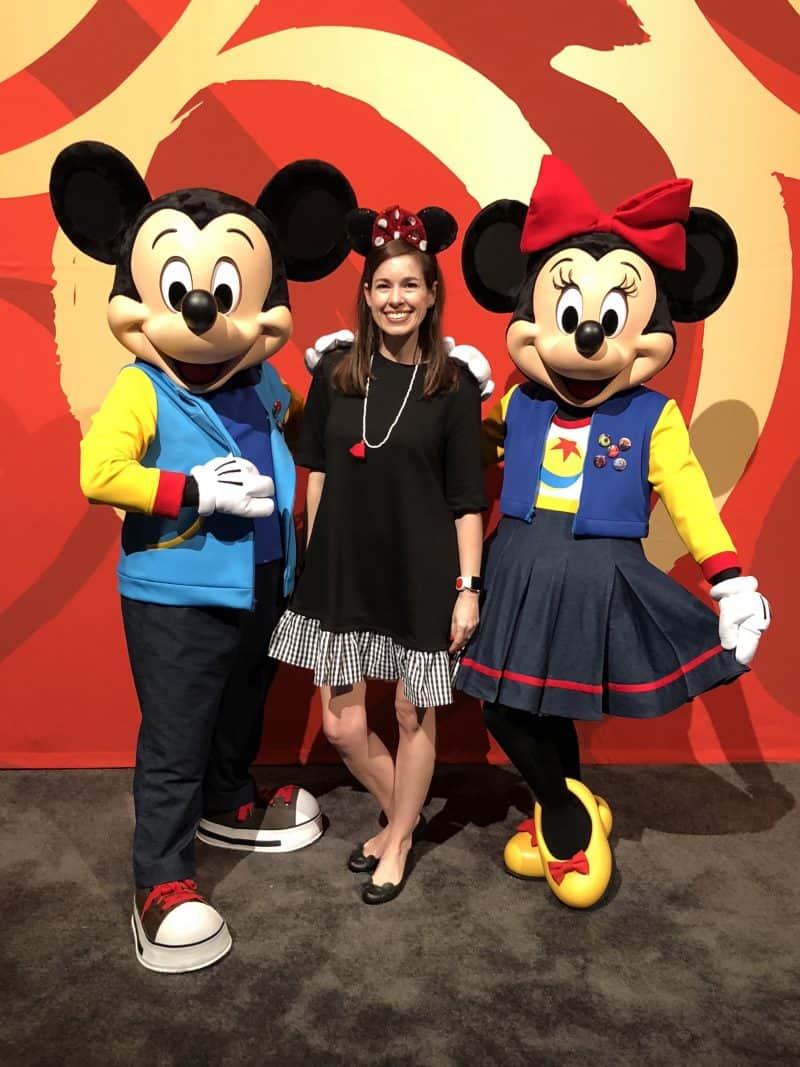 The all new Toy Story Land opens at Walt Disney World’s Hollywood Studios on June 30!  There will be two rides in the new themed area, in addition to food, shopping and more! 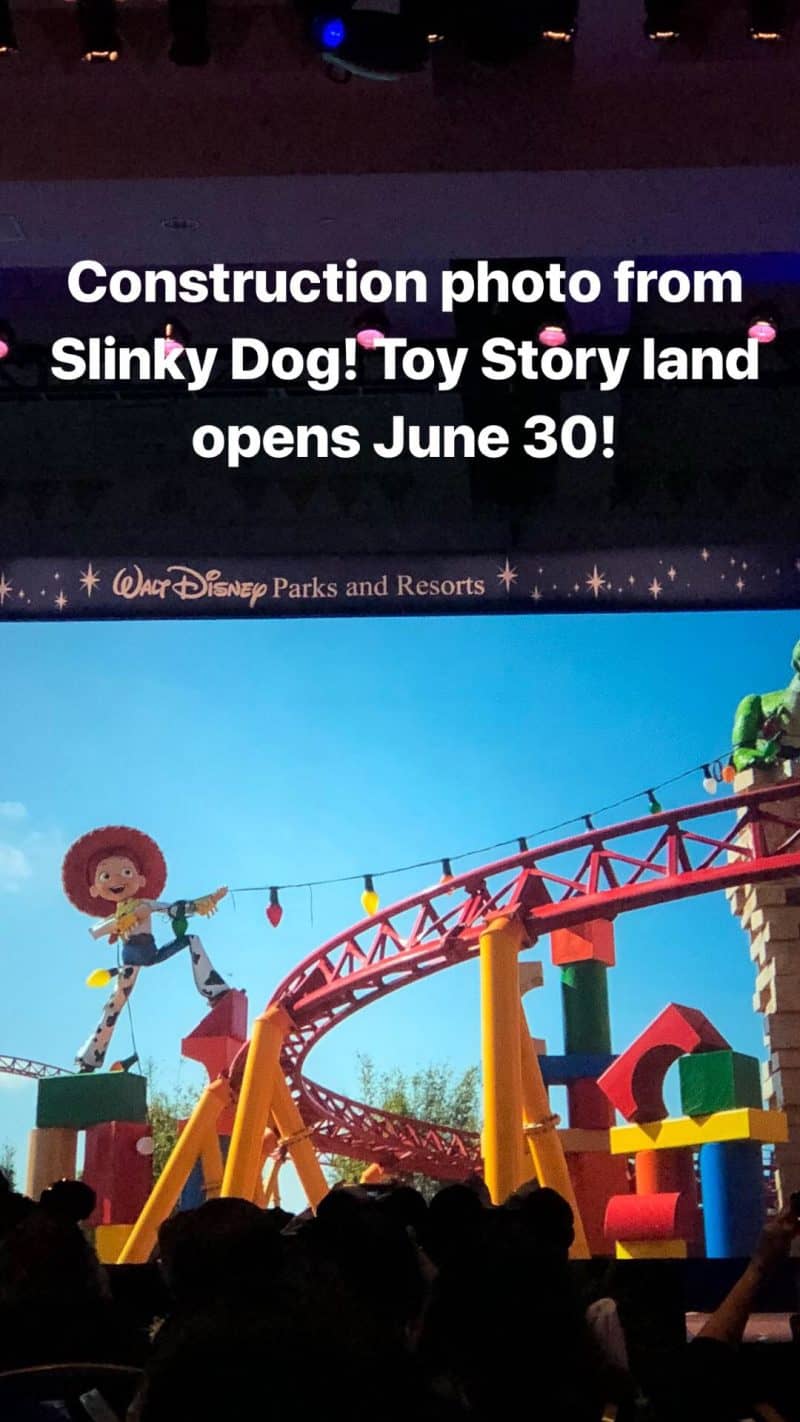 Back over on the West coast, Paint the Night parade is returning on April 13!!  This is my favorite nighttime Disney attraction ever!  It will have a brand new Incredibles themed float when it debuts. 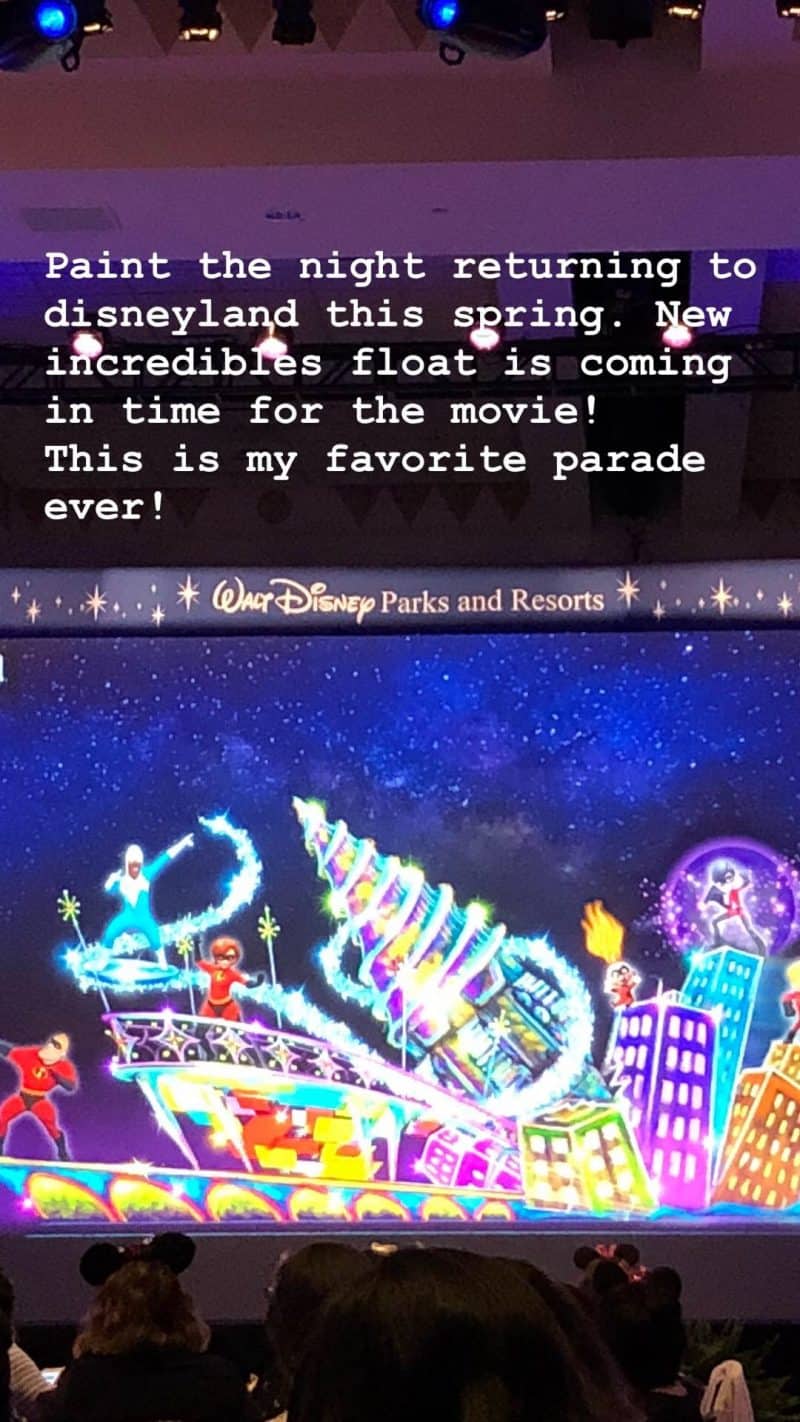 Outside of the parks, we learned about Adventure by Disney!  These guided tours visit 35 destinations on 6 continents.  We have had our eye on one of these for years and hope to take our first adventure together as a family in 2019. 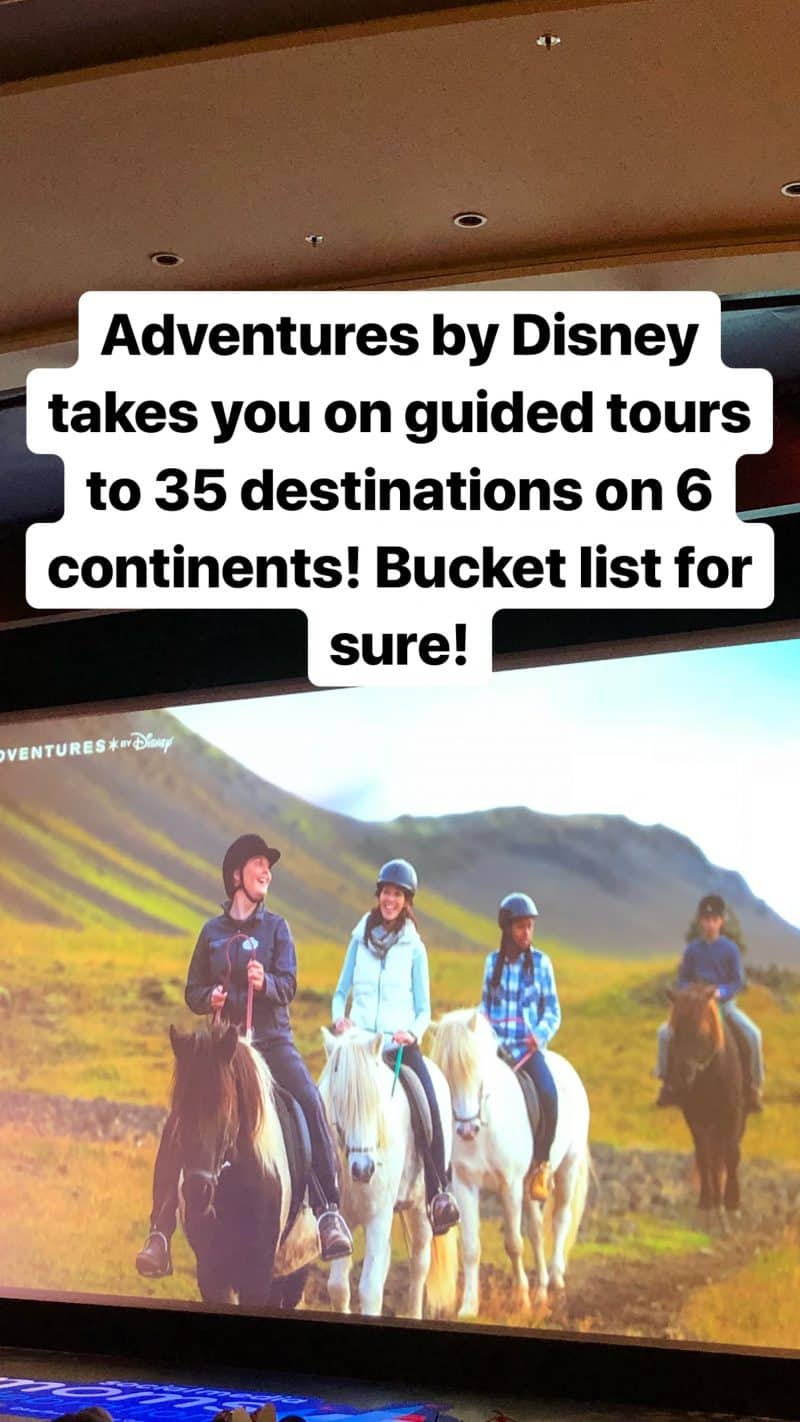 Over in Aulani, the new Ka Wa’a luau looks fantastic and more authentic than the original version.  People always ask me where they can meet Moana and the answer is at Aulani :-)  You can read more about OUR trip to Aulani and our Hawaiian adventures HERE. 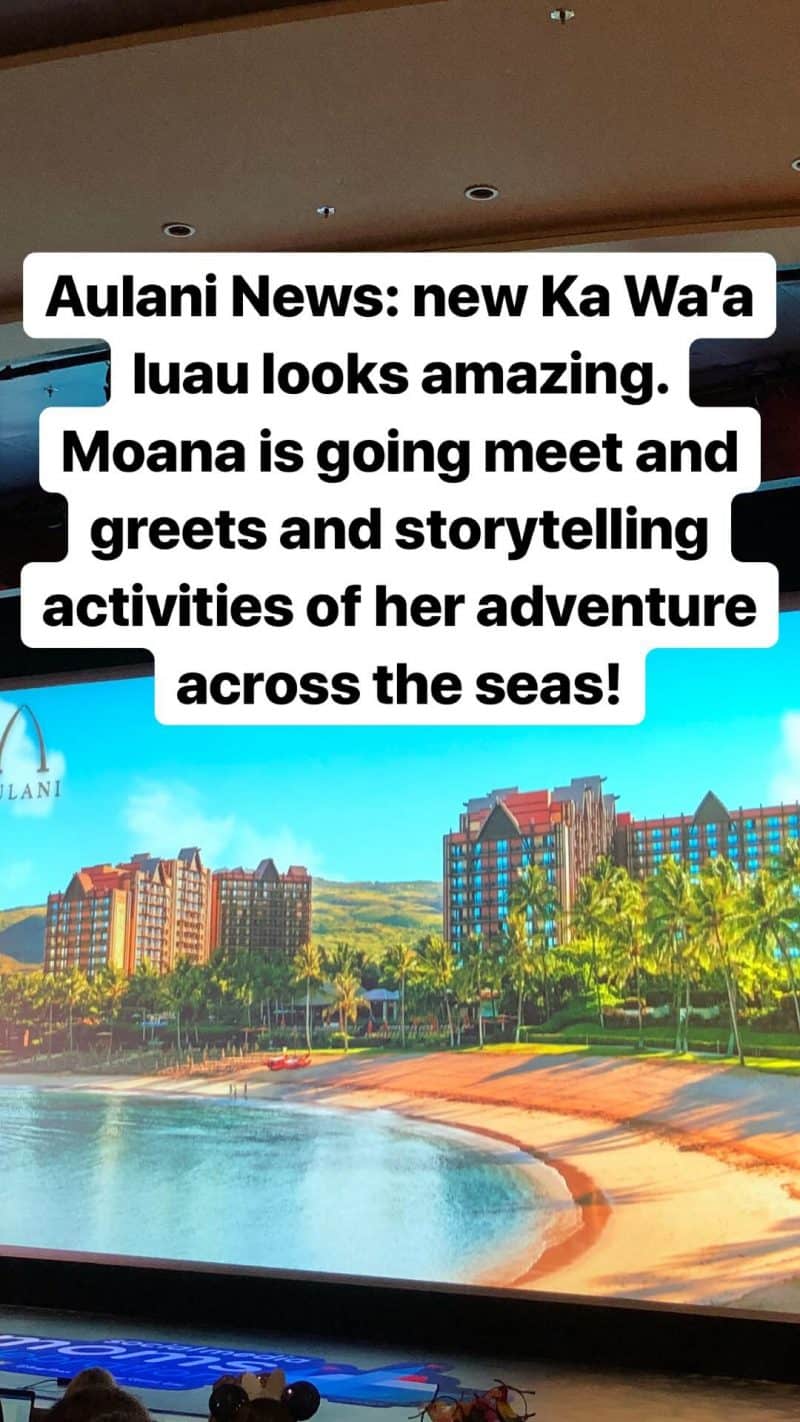 In Disney Cruise Line news, the Disney Magic dry dock updates include the launch of Rapunzel’s Royal Table, updates to the Vibe teen lounge and the Cove Cafe. 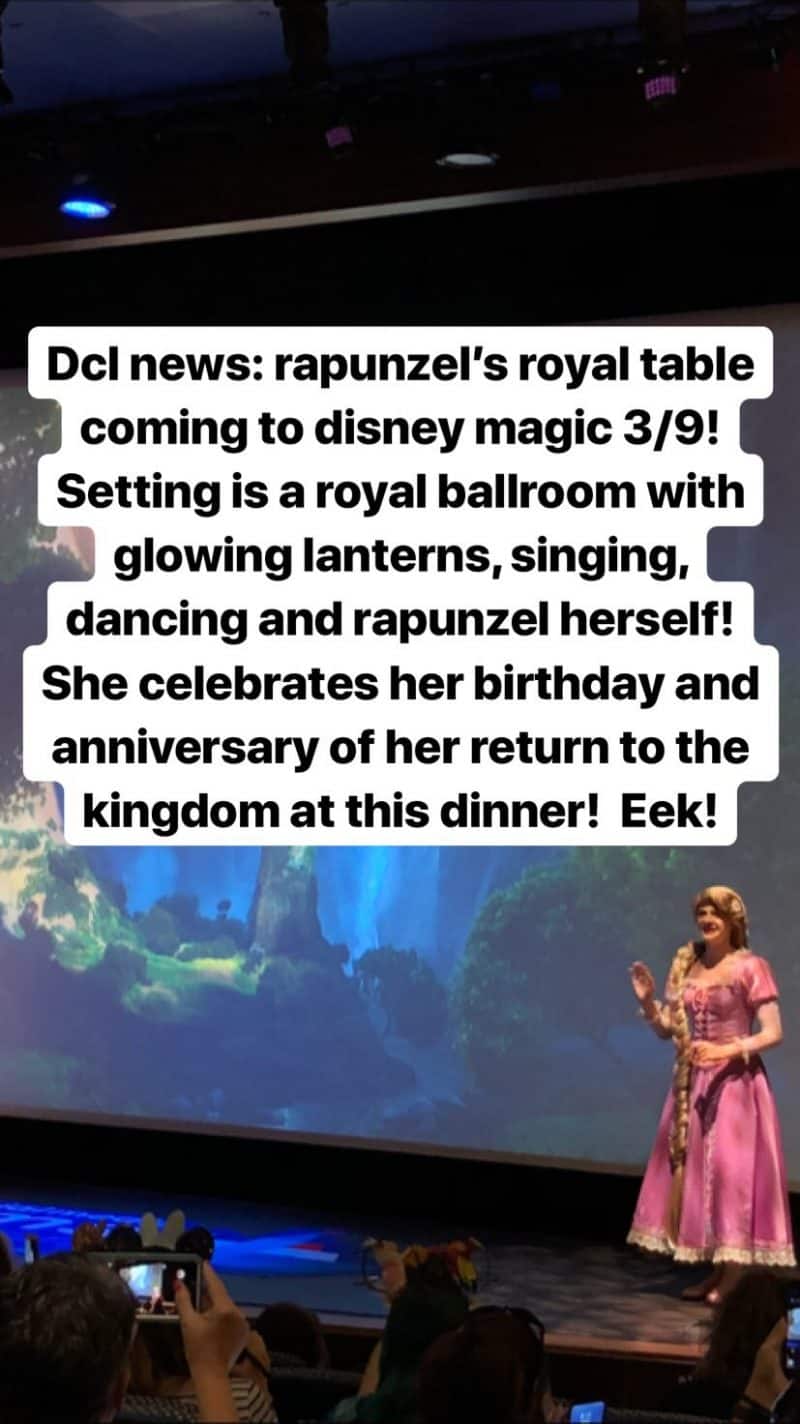 Over on Disney Junior, the Muppet Babies are returning under the artistic eye of Mr. Warburton!!!  We got to see the first episode and it was fantastic.  Shorts released earlier this month, with the series set to premier on 3/23.  Whit got the chance to chat with Mr. Warburton and was SO excited to talk about how he decorates his kids’ lunch bags each day and how he thought up Codename Kids Next Door. 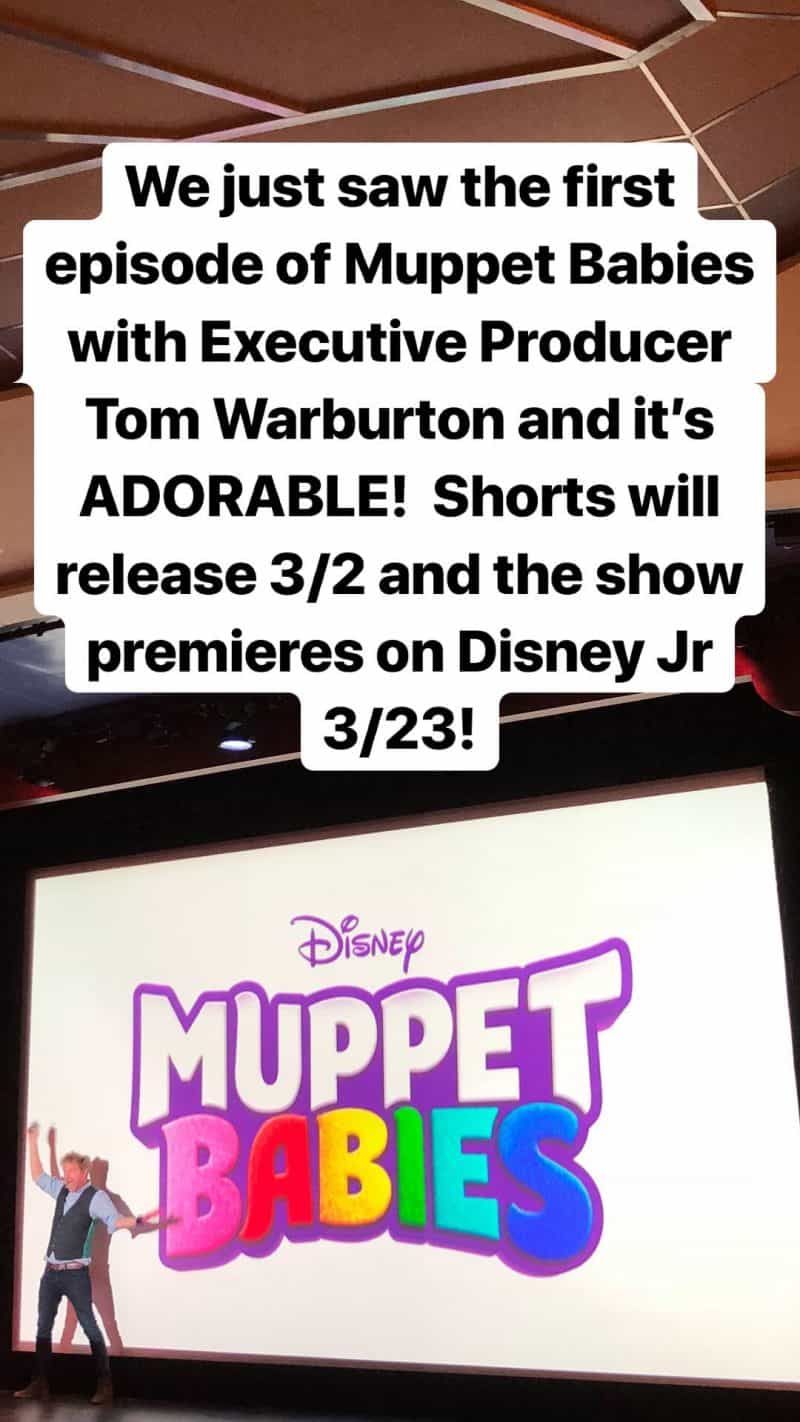 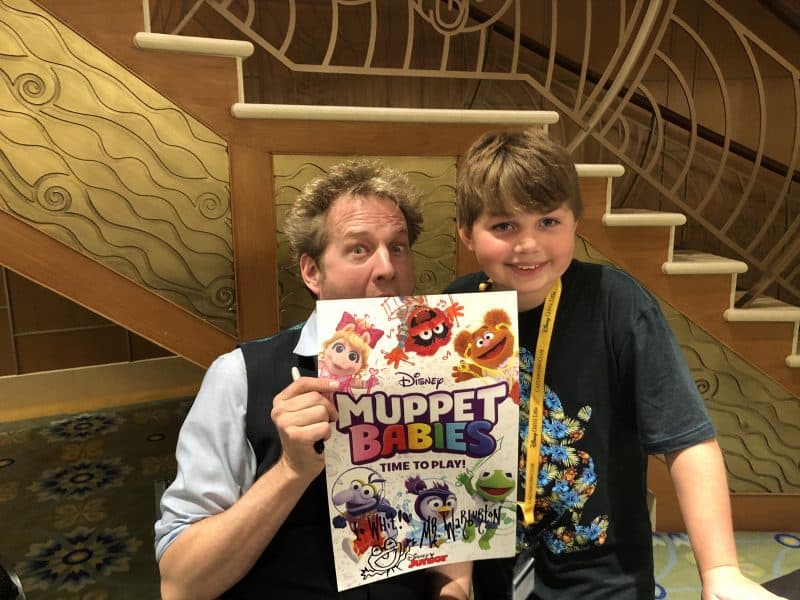 Speaking of Whit and Disney stars, he was absolutely beside himself when we got to attend a panel discussion with Olivia and Maddie from Bizaardvark.   He asked three questions with the microphone and literally looked like he would burst from his excitement.  He asked about how they go to school (homeschool – their teacher was with them on the boat), if they are friends in real life (they are best friends!) and how they memorize their lines (they don’t!!  Most of their show is improv!). 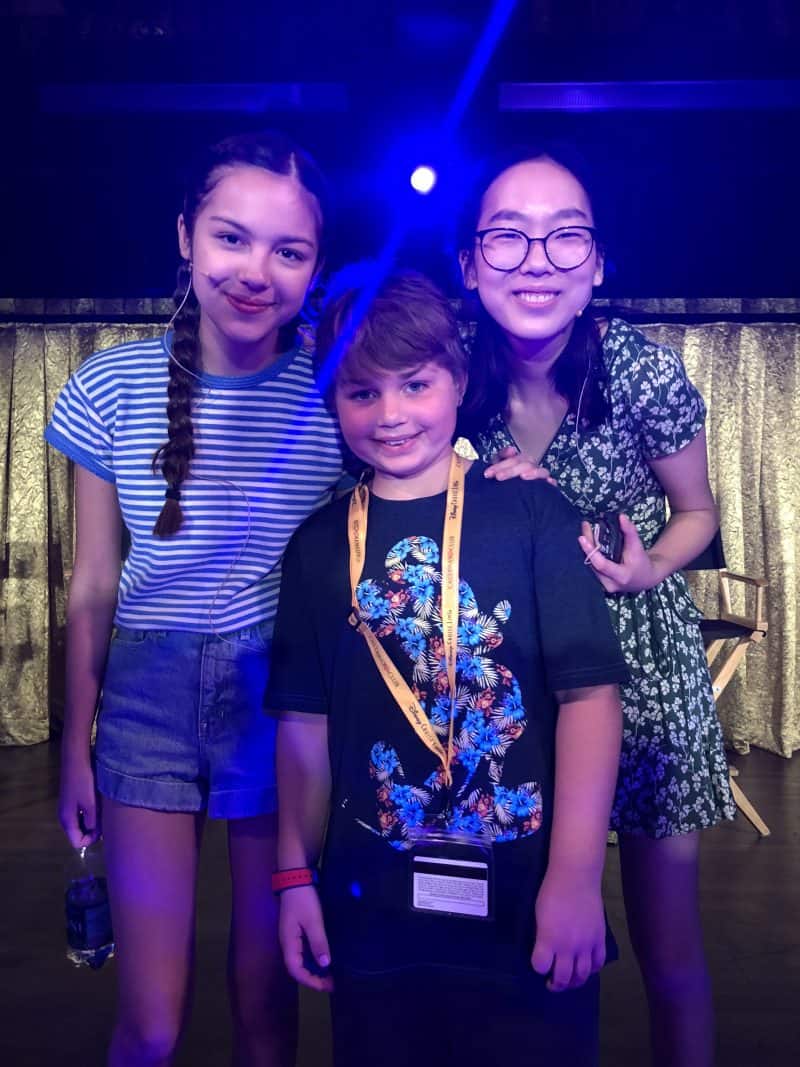 He also got to meet the YouTube sensation Brent Rivera!  I’ve mentioned before that Whit’s dream job is to be a YouTube star, so he got some advise from one of the best on how to get started. 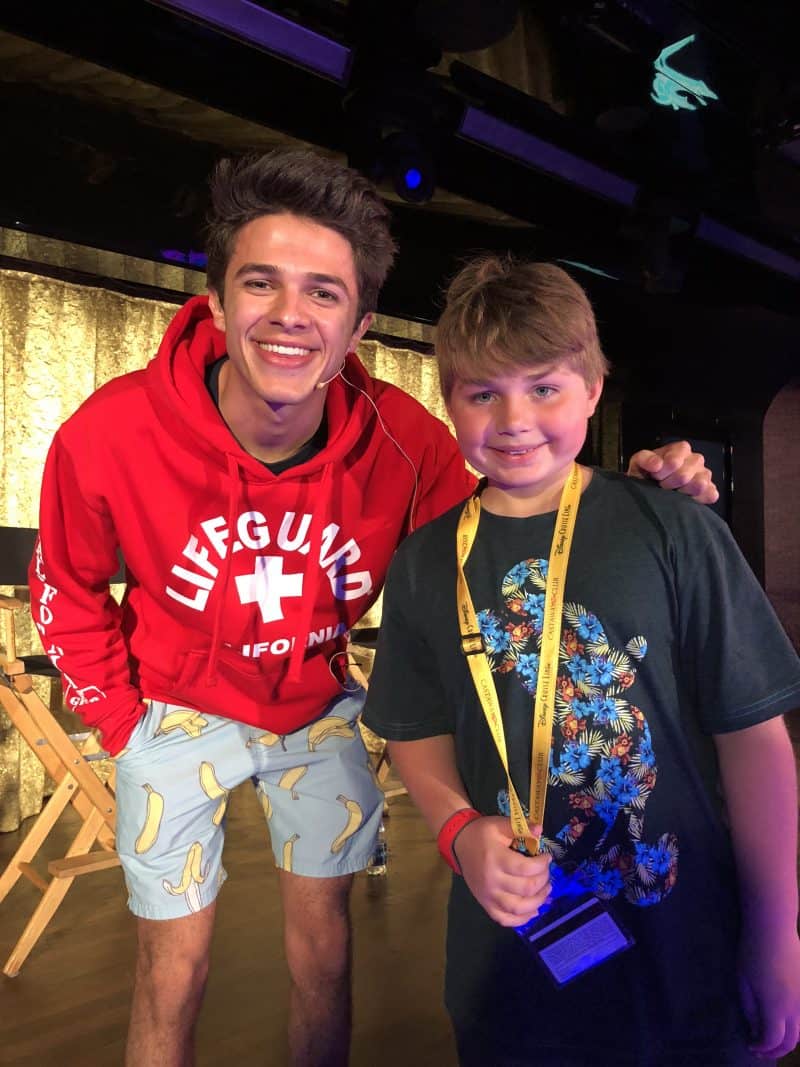 Rounding out the group was our keynote speaker, Ashley Eckstein of Her Universe and voice of Ahsoka Tano in the Star Wars animated series.  I have loved her clothing line and her story for ages, and fell in love with her as a role model and person when I heard her speak years ago at a Star Wars Weekend event in Disney World.  We got advance copies of her new book It’s Your Universe coming out in May. (affiliate link) 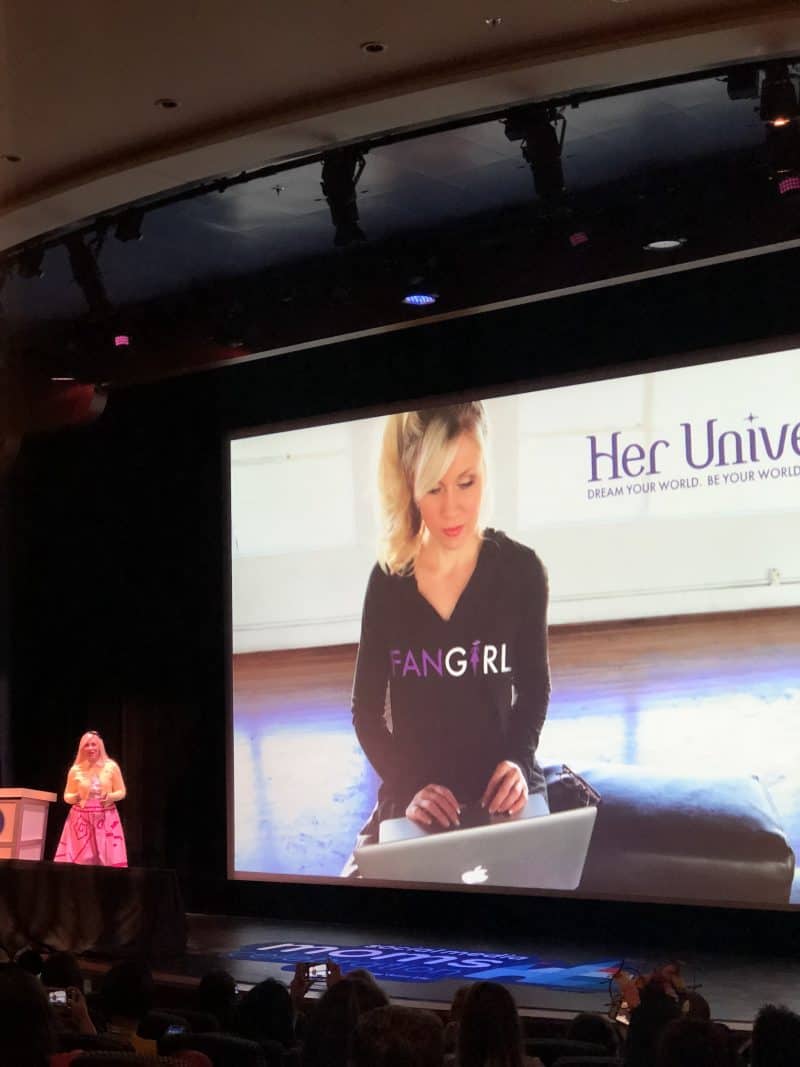 On top of all of this “official business”, we had loads of time to enjoy the parks.  I will share news and updates from that in the coming weeks! 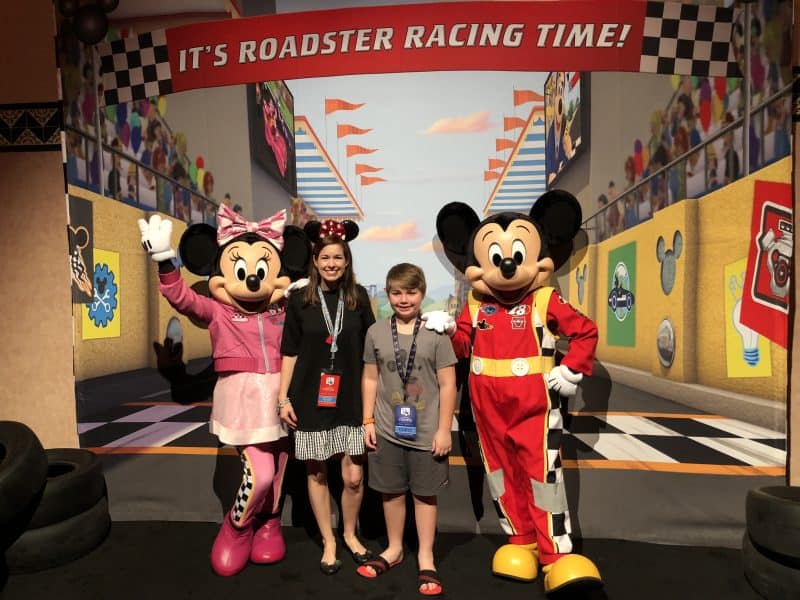 I shared all of this info real-time on my new Instagram page: dixietravels.  I post there daily with a ton of Disney information, tips, tricks and pictures.