In the fall I was invited to become a member of the 2017/2018 Chick-fil-A Mom’s Panel.  It is a corporate initiative actively seeking input and feedback from members of local communities, and our discussions have reached ears all the way to the top. There are many members of the panel that don’t blog, but were chosen just to promote their local franchise in their local community and share their local experiences with the panel.  I had no idea until last week that over 10,000 moms across the country apply for the group of 1,000 slots!  And, speaking of last week, I was SO fortunate to be invited to spend a day at the Chick-fil-A Support Center in South Atlanta.  I shared the day live via my social channels, but wanted to recap all of the fun here on the blog as well.

Having spent 19 years in corporate America, I was wowed by their campus the moment I pulled in.  Much like over at Coke, there are security checkpoints and officers, and a hubbub of activity.  What was so different from Coke – a very imposing, very impressive marble tower – is that this campus felt like a retreat.  It was a sprawling, wonderfully landscaped space with winding roads, jogging paths, fountains and the likes.  The 18 “mom’s” were cheerfully greeted at our VIP parking spaces and escorted into the building.  I knew I was in for a treat! 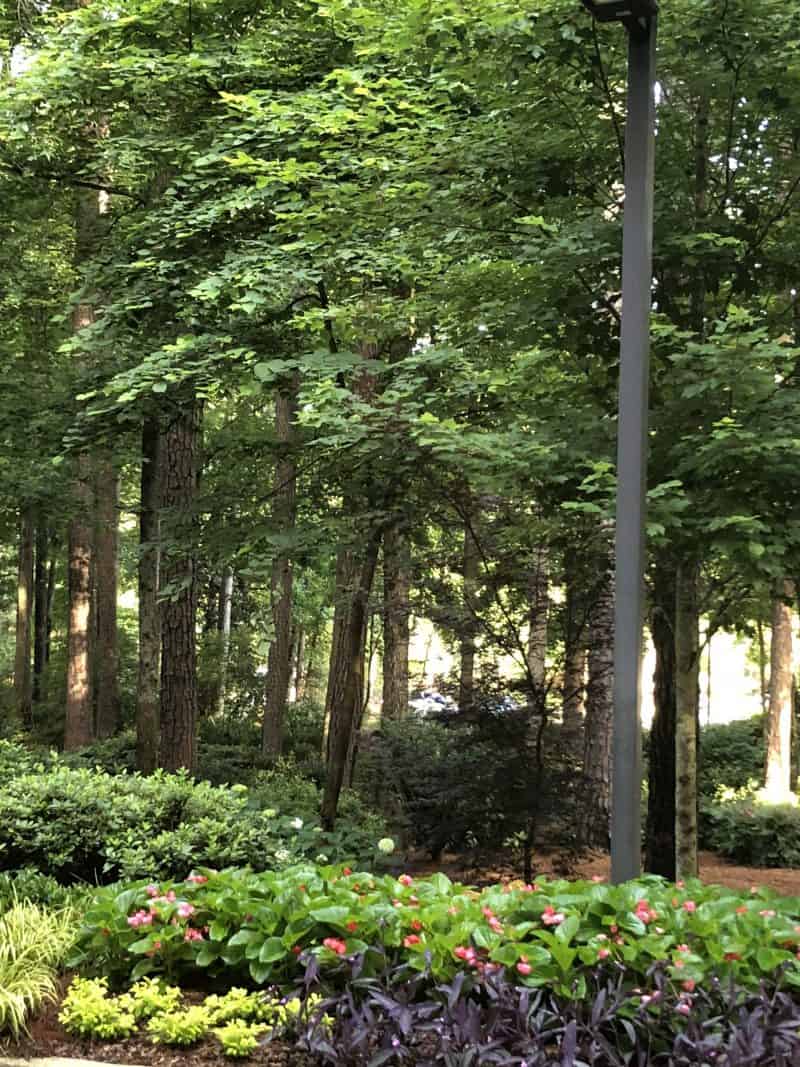 Once inside, I waa impressed with the 5 words so prominently displayed in the lobby.  Laughter.  Faith. Family. Hardworking. Influential. This, rather than a bunch of creative of people eating sandwiches or beauty shots of their products. The workspace itself was really interesting.  There are no assigned desk spaces, but rather every variety and configuration of workspaces you can imagine, all free for the taking based on how their employees think they will best work that day.  There were conference rooms, cubicles, and even booths that looked straight out of a restaurant! 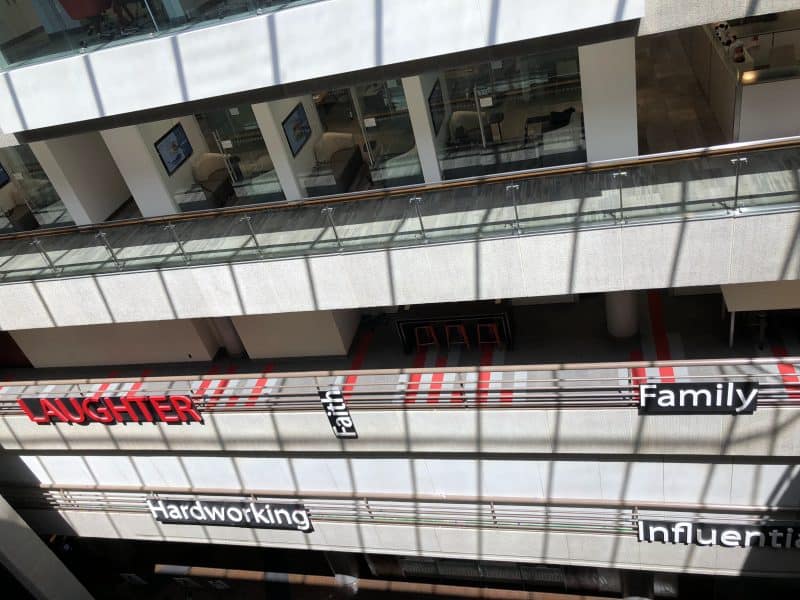 Our day  was spent learning about the brand, chatting about kids meals, camp WinShape, and everything in between, taking an exclusive backstage tour, trying new products and SO MUCH MORE.

We all were moved hearing Truett’s grandson Mark Cathy talked about his granddad.  He could barely hold back the tears when he told us how much he missed being wrestled into a big bear hug, having his cheeks squeezed, putting his face right next to his granddad’s and hearing “I love you and I’m proud of you.”  Over and over again.  Can you imagine if every kid grew up hearing those simple but important words so often?

But I digress..  can you even take the cuteness of my OWN personalized cow?! 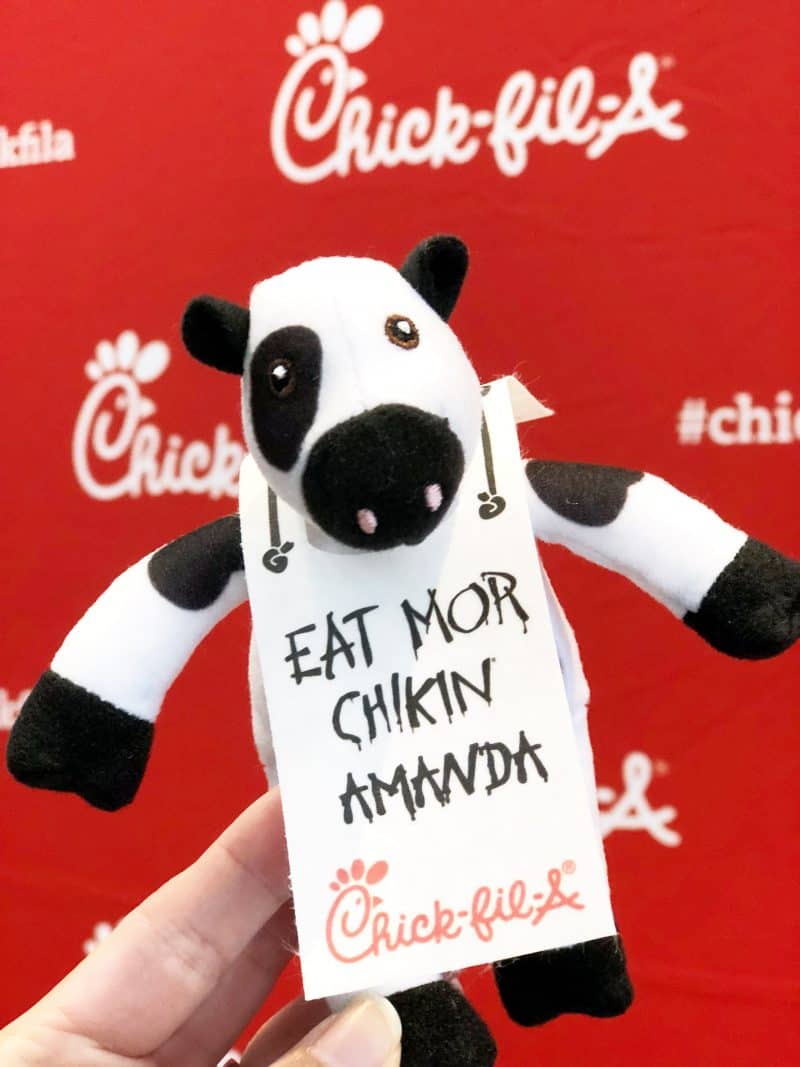 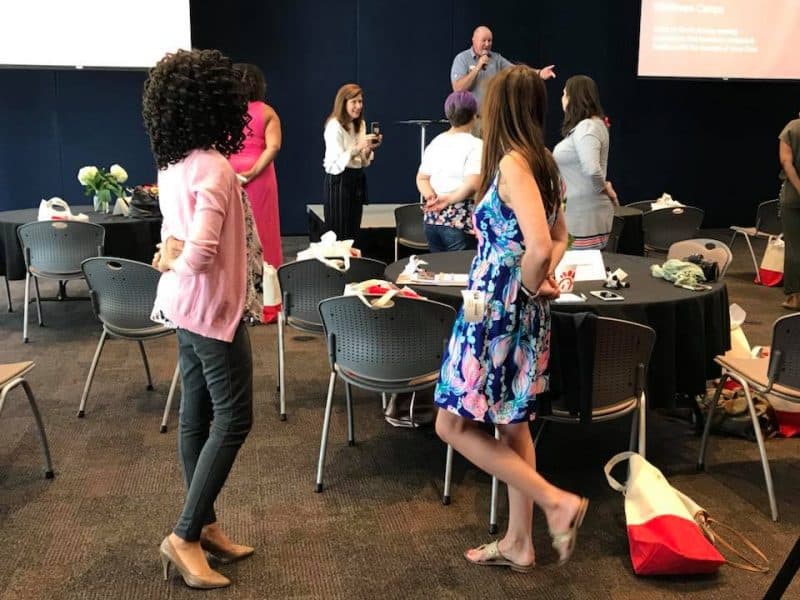 The Home Office Backstage Tour is an entertaining storytelling experience about the fascinating culture, history and values of founder S. Truett Cathy.  It was a really unique Atlanta experience that I didn’t even know existed!  Anyone can book the tour online through the link above. 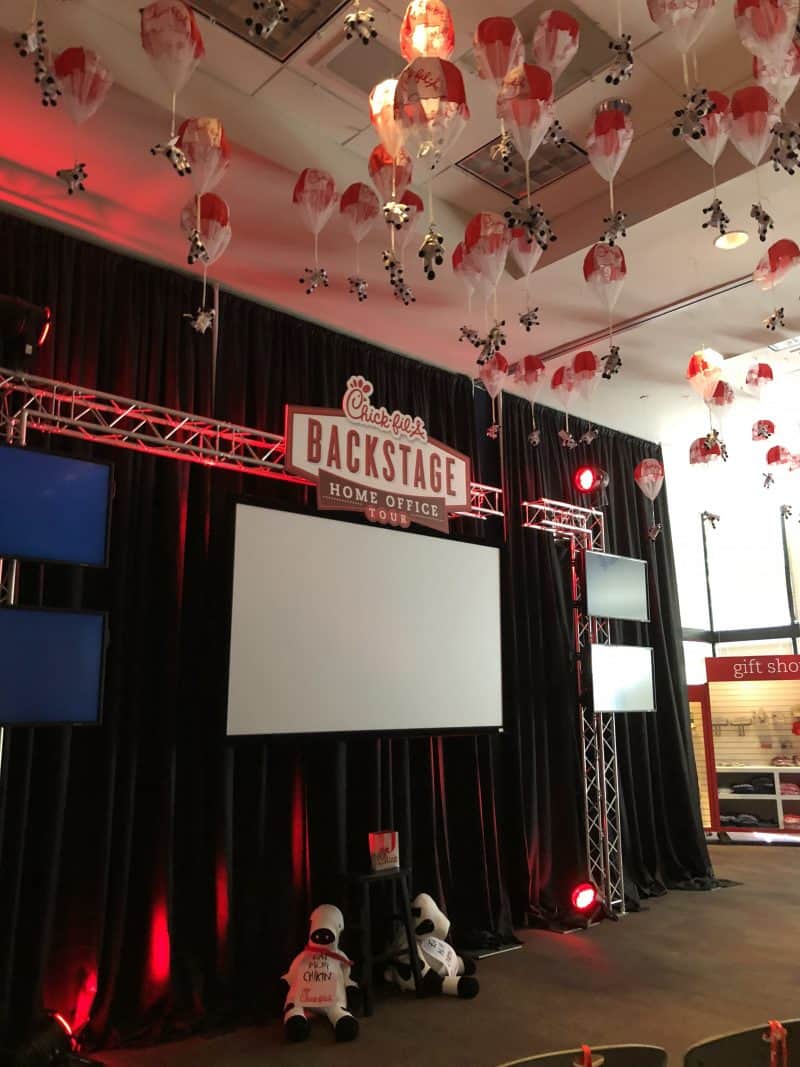 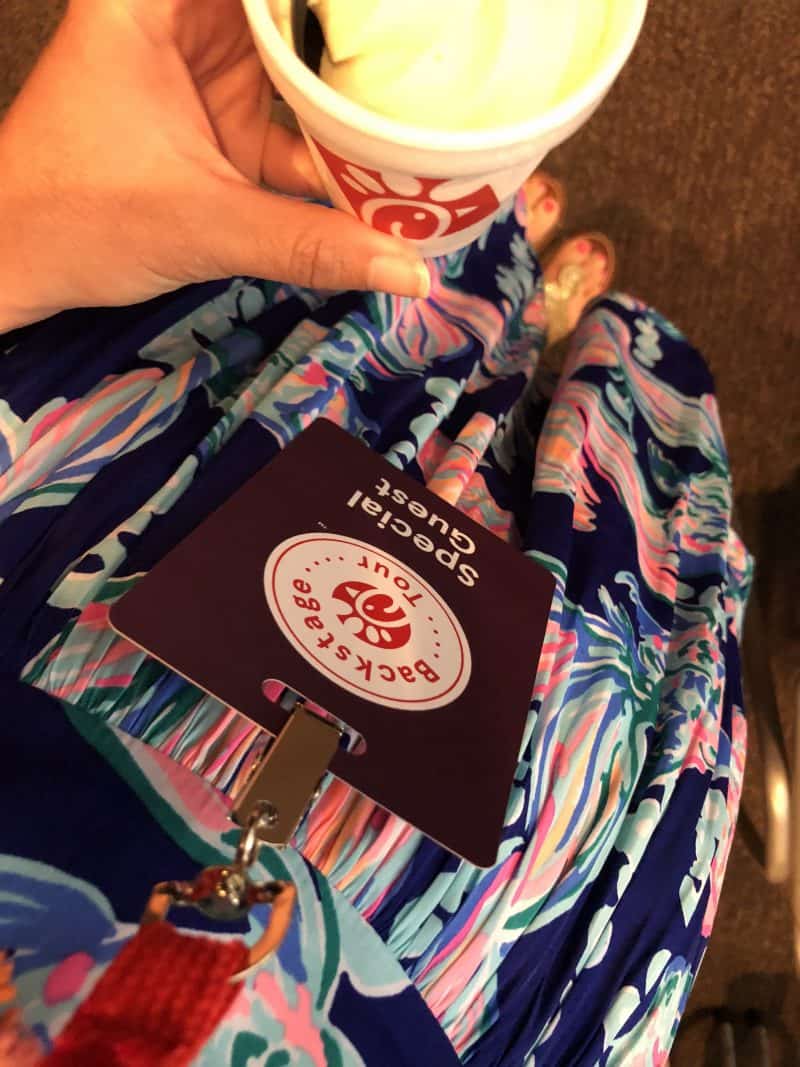 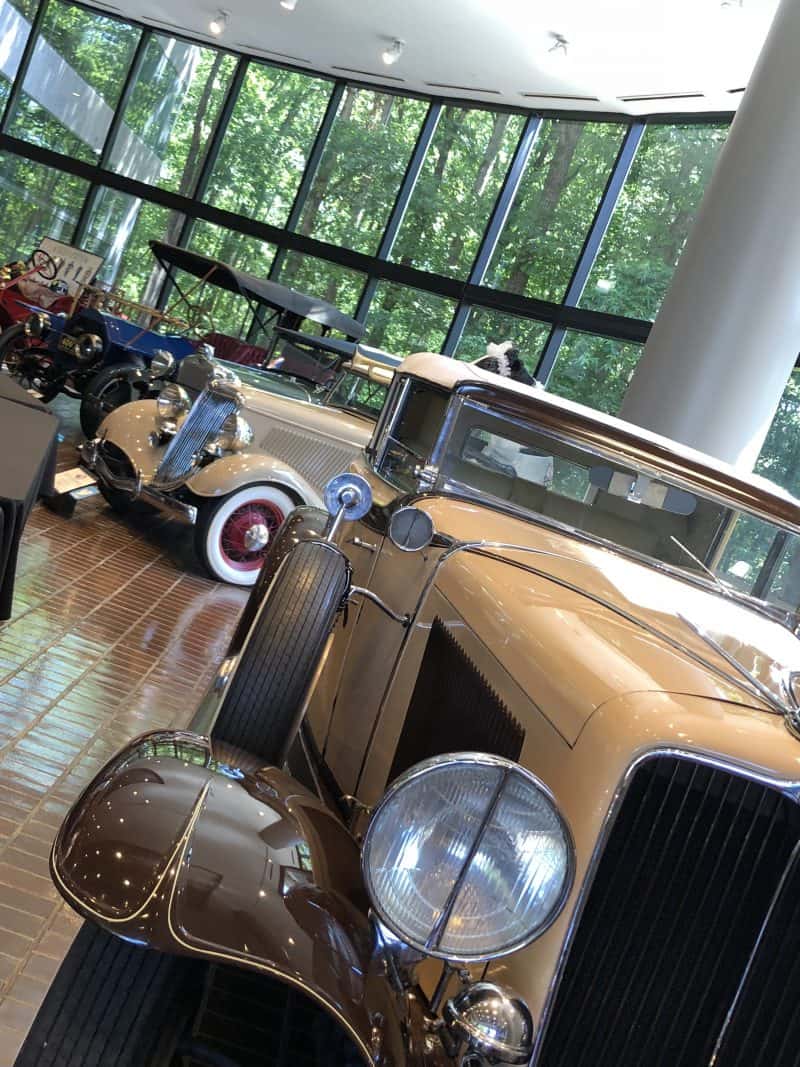 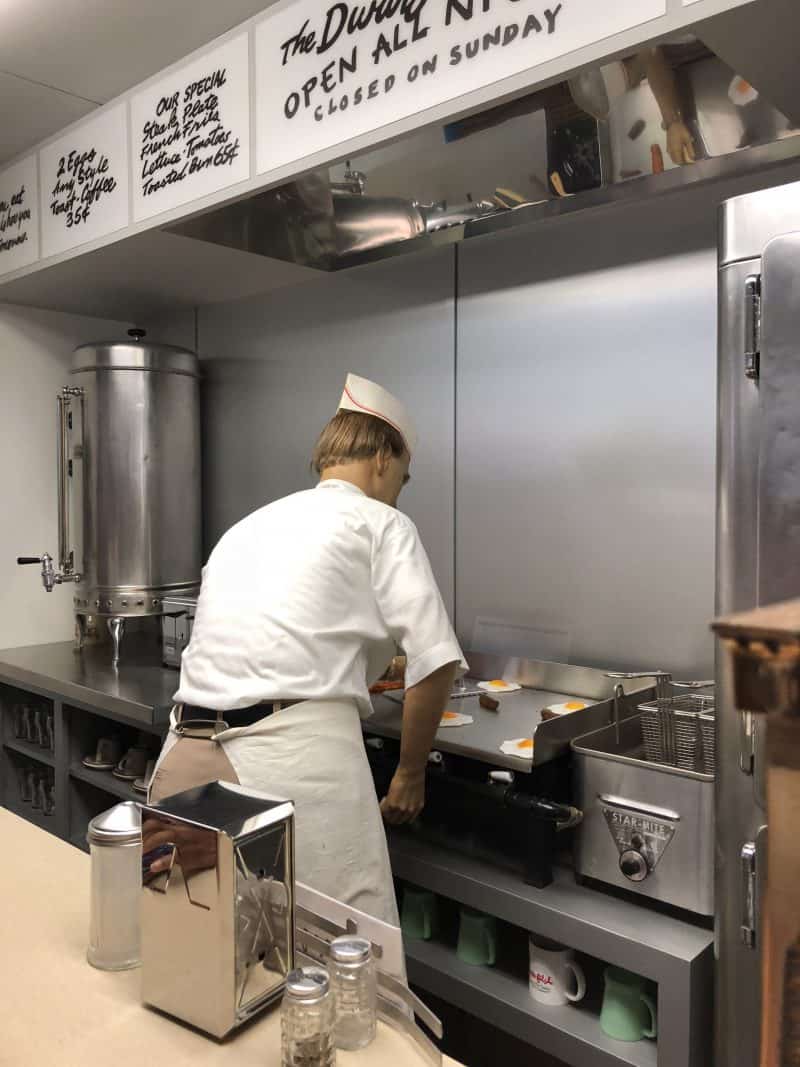 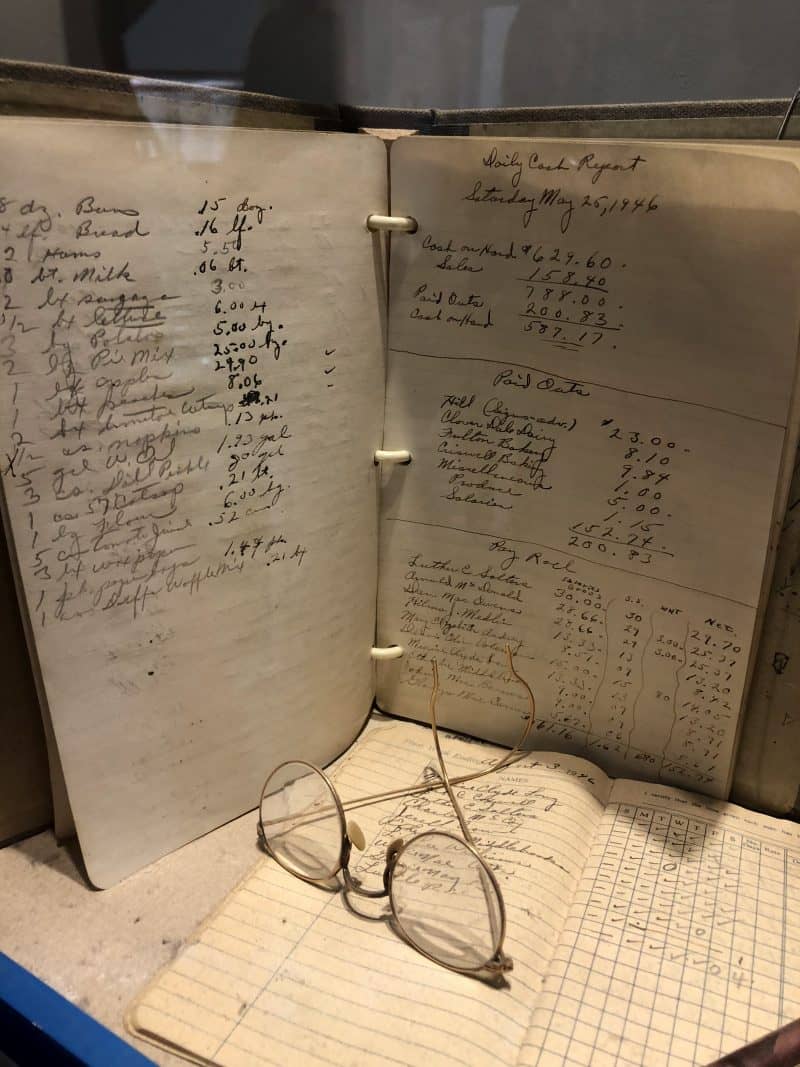 … and getting to visit his office, which he fondly called his treehouse. 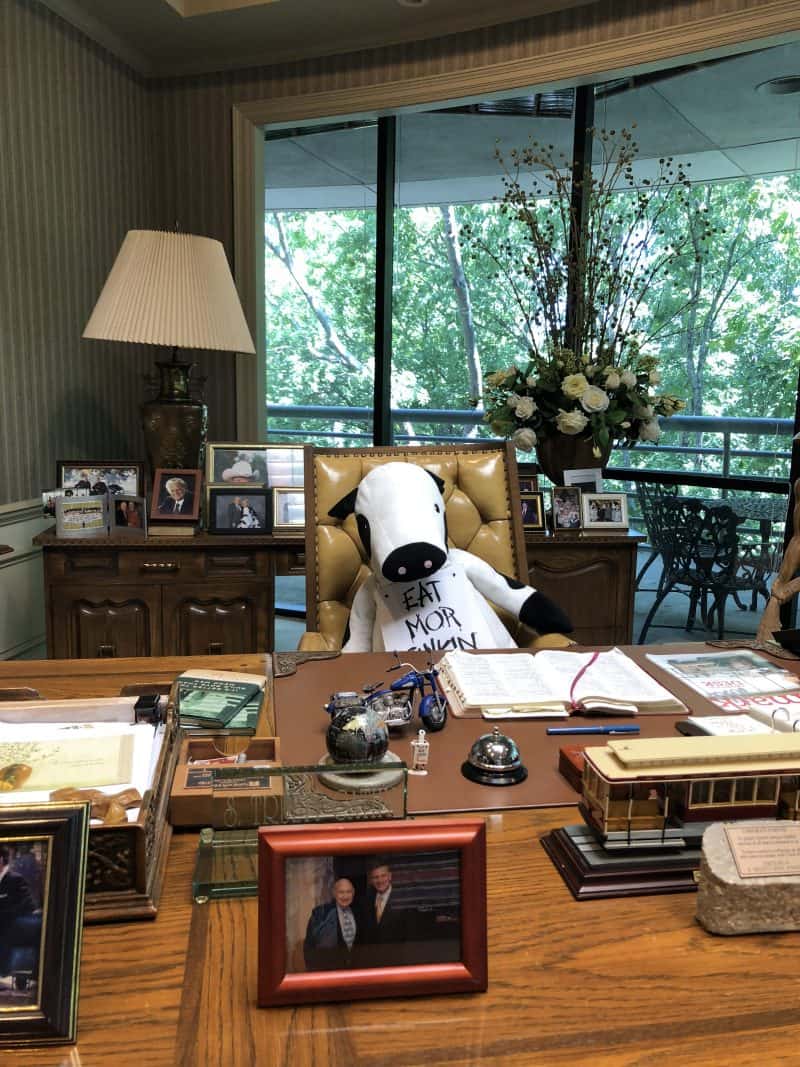 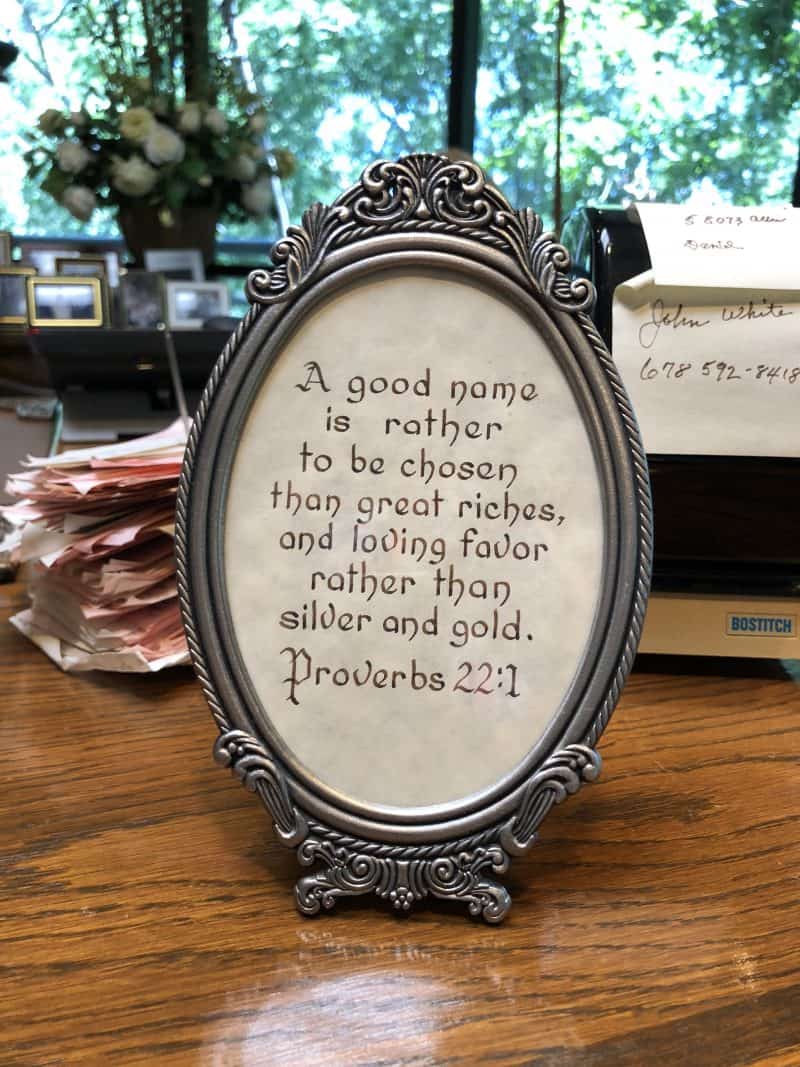 I learned that he was an enterprising, self made man with a strong work ethic and even stronger faith.  He grew up extremely poor and spent his very early childhood selling ice cold Coca-Cola’s. His story was inspiring and I can’t wait to bring my boys back later in the summer to do the tour. 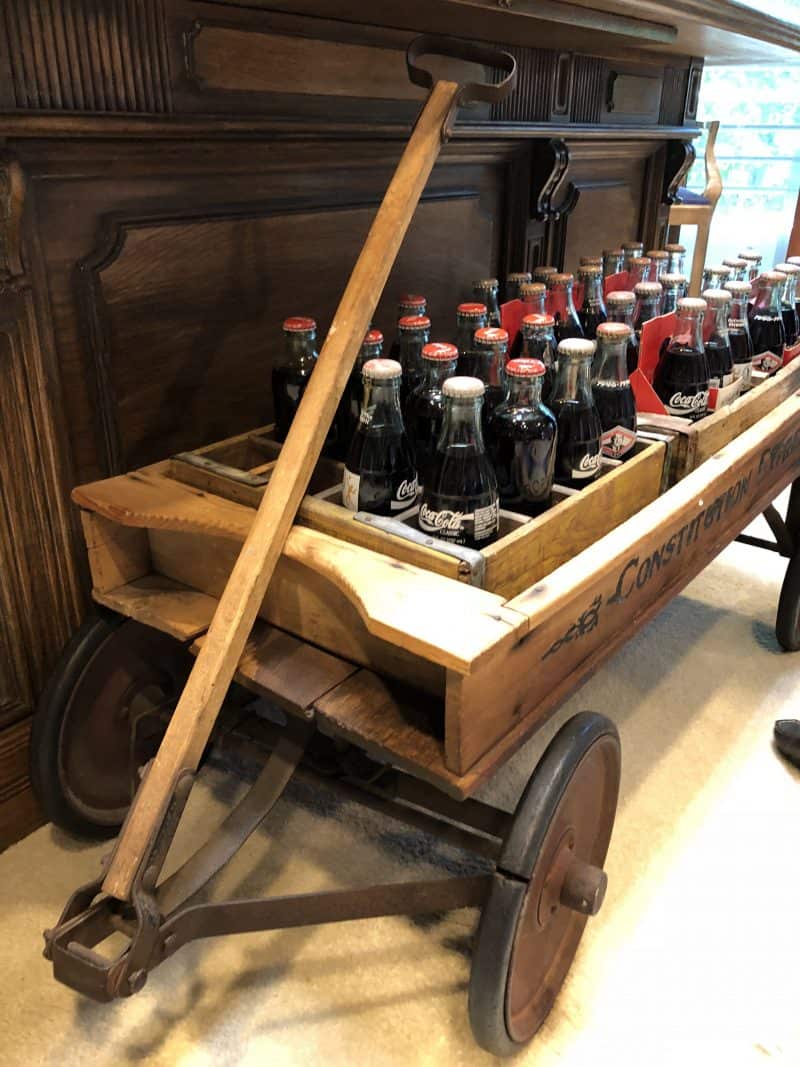 Another really interesting and informative part of our day was spent touring Hatch, where they come up with ideas and do research and development.  (Isn’t Hatch the cutest name for chicken innovation?!)  No photos were allowed inside.  We also spent time in The Kitchen.  We learned about everything from product development to product testing to packaging in this innovative, state of the art space. 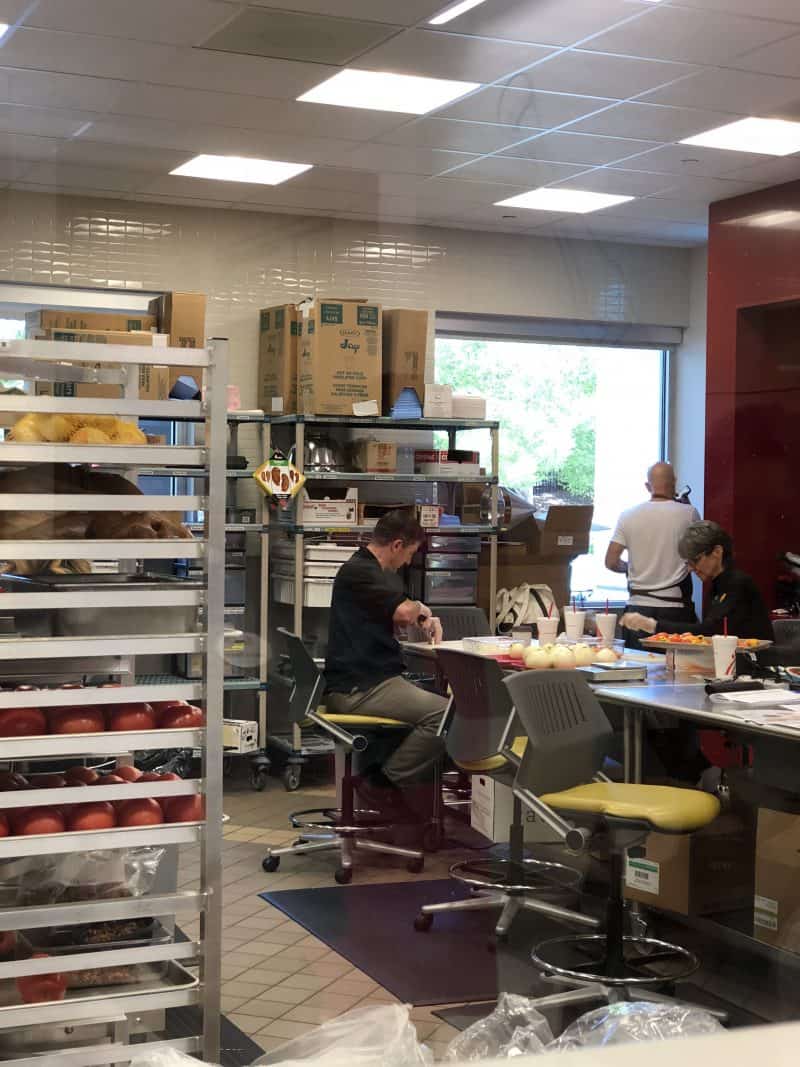 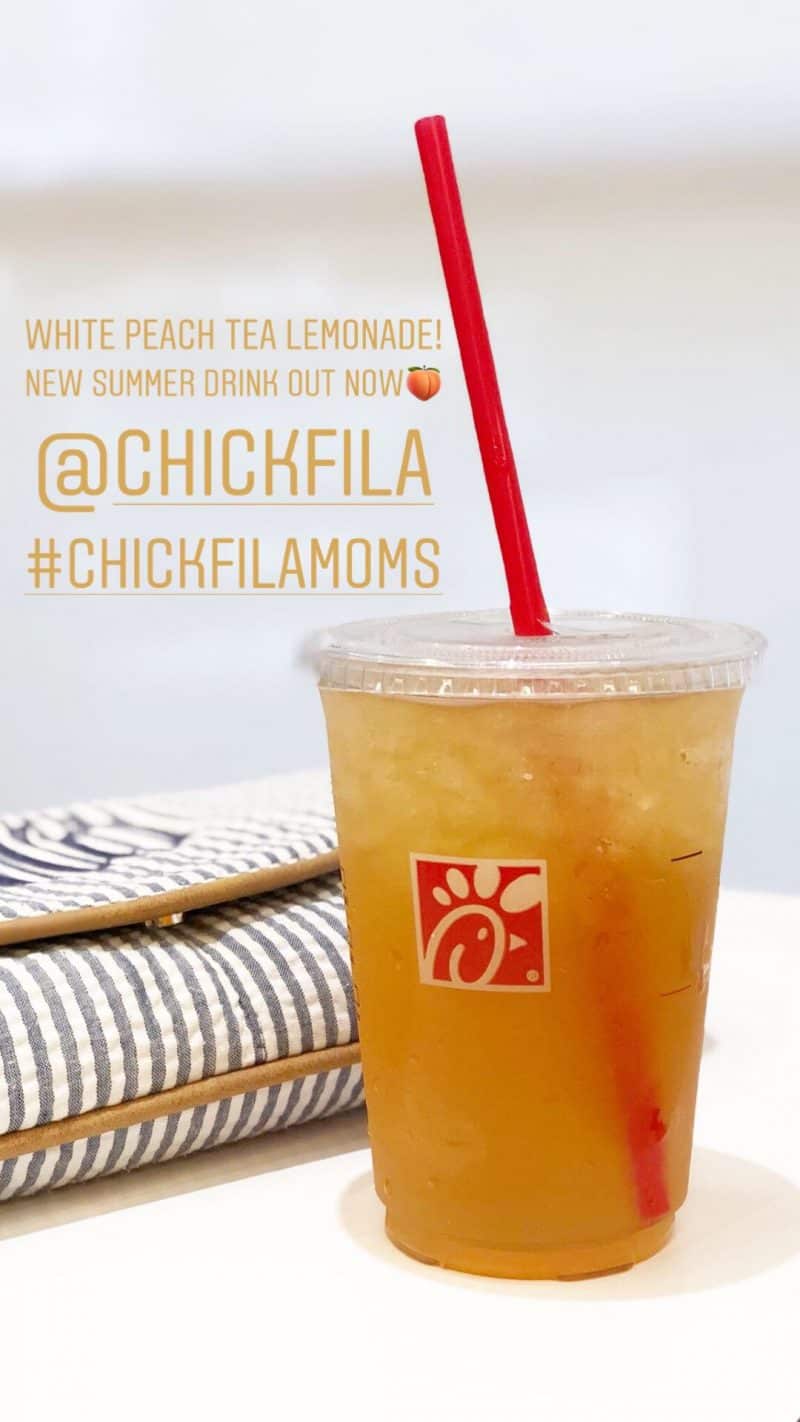 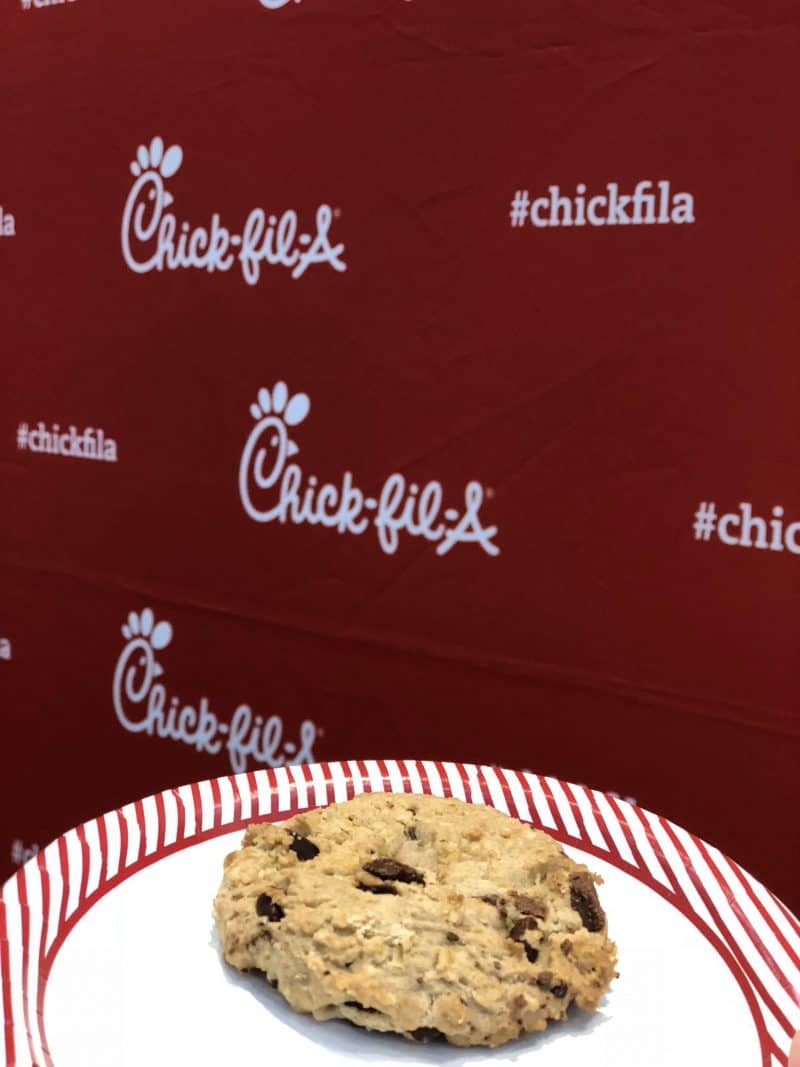 I really, really enjoyed learning more about Chick-fil-A and sharing my own experiences and thoughts with their leaders and other Chick-fil-A Mom’s. 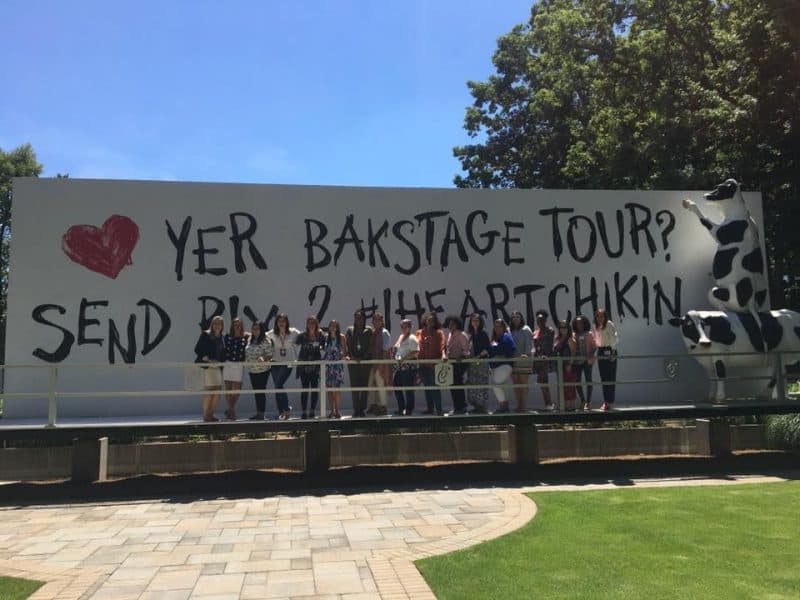 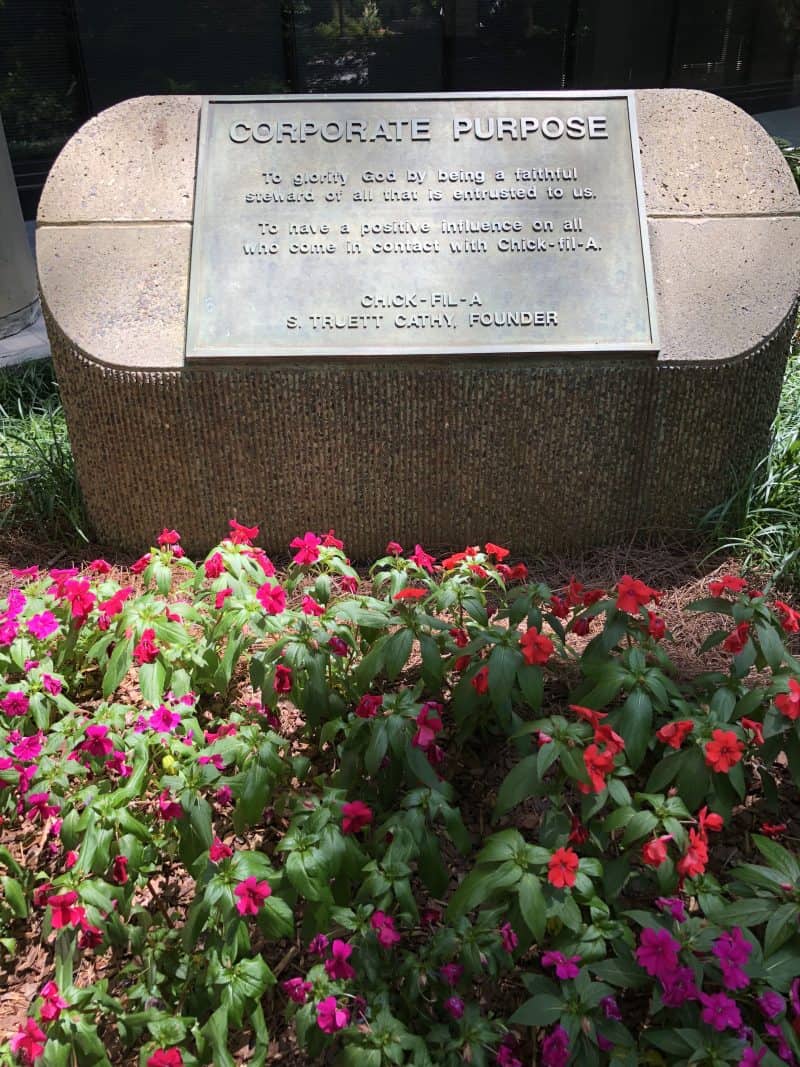 It was great day with great learning on both sides!  (Also, I didn’t realized how much I missed getting up, getting dressed, driving into town and spending a day at a real office.  Even for just a day.  I’m still working on making working from home work.  HA!)