In case you missed my initial post on John’s science fair project, let me take a sec to catch you up…

At John’s school, participation in science fair is completely optional and family involvement is welcomed (obviously a Kindergartener can’t go about this on his own.)  John wanted to investigate if bird’s like their food to be colored and that we did!

First we made a hypothesis that “Birds will prefer blue bird seed.”  We backed that up with a couple of nuggets of info from the internet and the made some assumptions that birds can see color, birds must be attracted to certain colors and that birds will probably like blue food the best because it will be the most camouflaged.  (This last one came directly from the PCP.)

We purchased three identical bird feeders and filled them each up with bird seed – one regular (our control group), one dyed red and one dyed blue.  We used food safe coloring and set to work shaking and scraping the seeds around in gallon sized zip lock bags.  The littles adored this phase of the project. 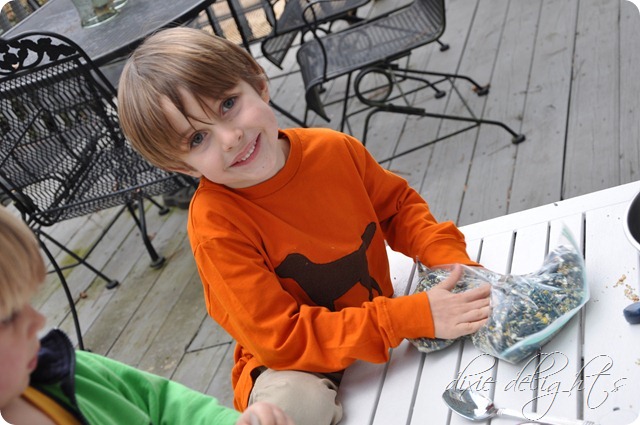 We hung the three feeders in the same tree and each day we measured how much food was left in each one.  (Look closely in the second picture – there are two birds dining!) 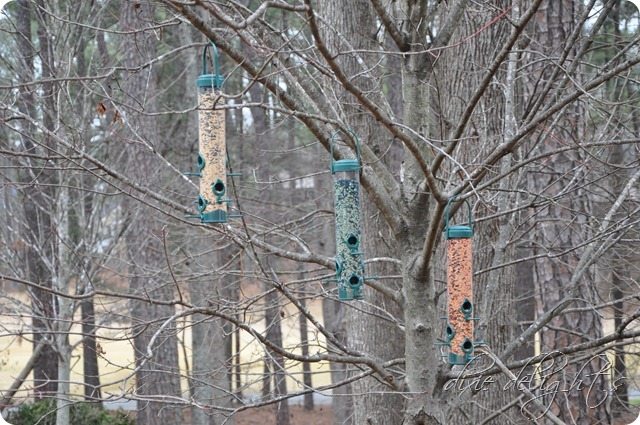 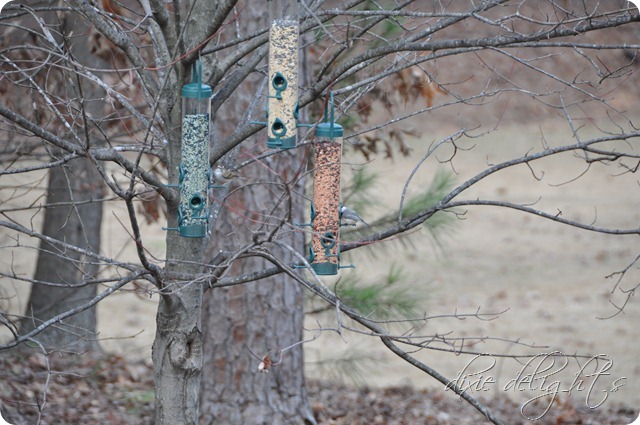 At the end of a nine day period, the blue feeder was empty and our hypothesis was confirmed…birds do in fact prefer blue bird seed!  (I know that there are loads of other considerations that go into play here.)

When we returned from our Savannah trip, we had to get right to work on the display.  As much as I wanted to have John write everything out, I knew it would be a battle, take twice as much time as we had and then be barely legible.  So he sat with me on the computer and, while we talked through the project, I typed out the steps, assumptions and learnings.  He handled presenting the data in chart form (with a little guidance, of course.)

He was so very proud when we went to the school to set up the display.  We had a lot of fun checking out some of the other projects as well.  I tell you what, by fifth grade I’ll be out of my league :-) 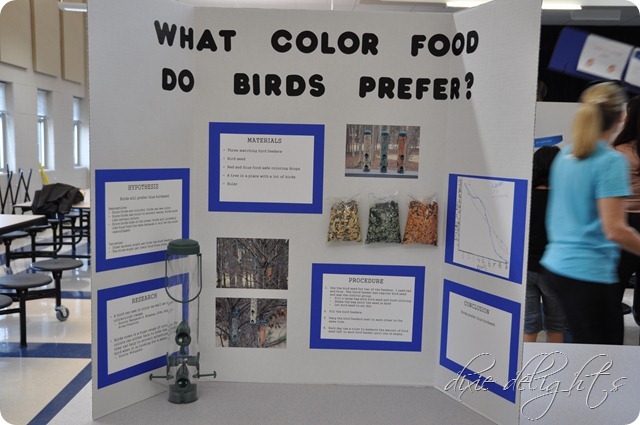 Every student gets a ribbon for participation.  They wore them to school the next day so that when all the classes toured the cafeteria they could easily identify participants. 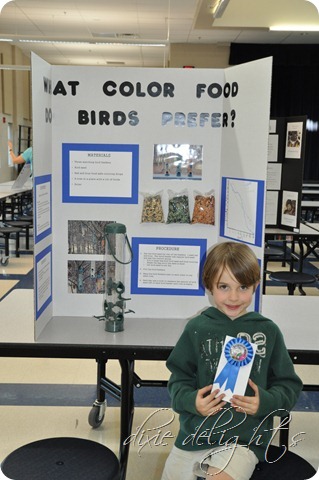 And guess what!?!?  John won SeCoNd PlAcE for Kindergarten!!!  We really had the best time working together on this and I’m so thankful that his first time in science fair was a rewarding and fun experience!

Spring Break 2012 commences in approximately five hours.  You’ll find me sipping a margarita on a patio somewhere before heading South with the littles, Sister and Bird tomorrow for fun in the sun!!!!  But before I go, I have to invite you to pop over and see me at 6th Street Design School today!!  Many thanks to Kirsten for the lovely feature!!!

4 thoughts on “Science Fair Wrap Up”