The first day of fall is just a few days away and the PCP’s teacher enlisted my help in putting together a celebratory treat for the class! Like I said, she’s a girl after my own heart. This request came in the very same day that my Hey, Cereal Lovers Box arrived from General Mills and, as they say, an idea was born. I immediately decided to use their Baked Cereal Honey Snack Mix recipe and created a Scarecrow Crunch tag for the little bags. 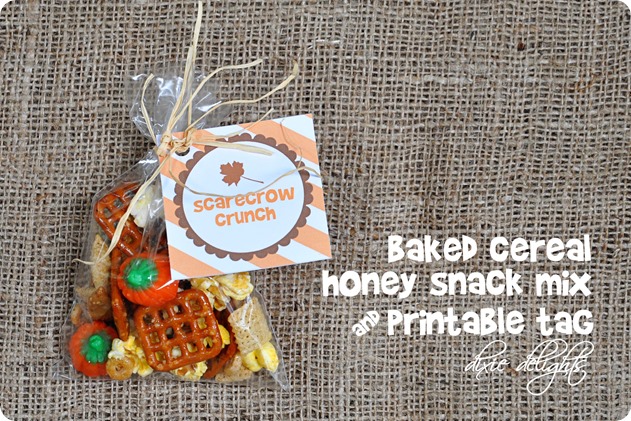 The original recipe called for a cup of mixed nuts but I substituted Cheerios since I had those in my box and, even though nobody in his class has an allergy, I know there is a lot of sensitivity around nuts in school. I also added a bag of those candy pumpkins that you can find this time of year on the Halloween aisle. I doubled the recipe and had PLENTY for 28 treat bags (we had to keep a few at home for the baby since he was my sous chef)! 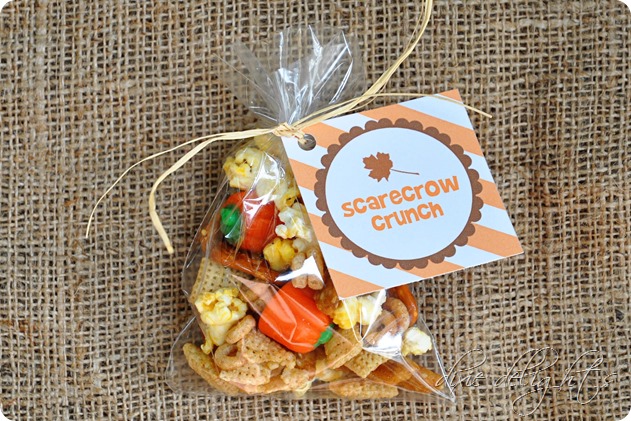 The littles gobbled up a healthy portion of the leftovers after school and I think it’s a perfect, not tooooo sugary snack! 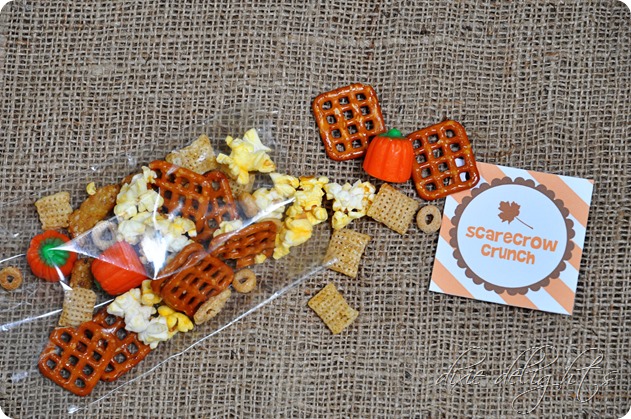