I received a few questions on Disney Hilton Head and have answered them below! 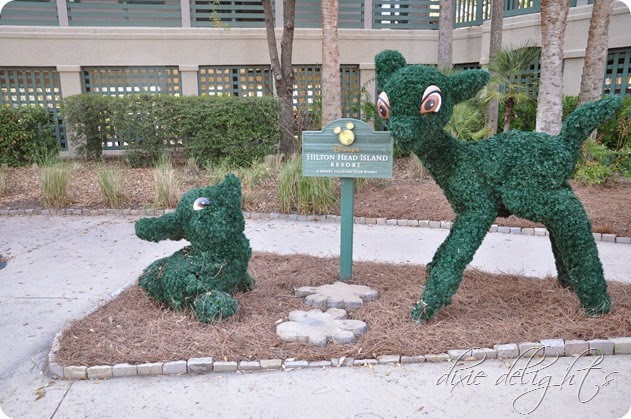 Q: Would this appeal to a family with teens, or is it better suited for families with young children only?
A: That’s always a hard question for me to answer, since I’m not quite there yet.  I will say that I there were a few different groups of teens with their families at the resort the same week and ALL seemed to be having a great time.  In particular, they seemed to hang at the beach house playing pool, foosball and ping pong, and at some of the little pocket parks playing corn hole.  Everything was very laid back, so if you have adventure seekers, then maybe not.  If your teens will relax on the beach, play cards at the pool and like to chill, then YES!

Q: Is there anything you wished you’d brought with you or anything you were delighted that you remembered?
A: The kitchens were fully stocked with dishes, cookware, etc.  I am so glad that we brought groceries for the week so that we didn’t have to drive out of the resort for dinners every night.  I wish we had brought rash guards for the littles.  Honey searched all over the island (TJ Max, Wal Mart, etc.) for them one day and nowhere had them.

Q: What Date Night options are available?
A: Kids Night In was offered only on Saturday night during our stay.  It was from 6-9PM and for ages 4 (I think) to 12.  The fee was $25 each.  They played games with them, fed them dinner and my littles said it was their favorite night there!

Q: What activities did you have to pay for?
A: There was a great mix of complimentary and for fee activities.  While we were there we only participated in two that had a charge.  The tie dye shirts were $18.  Steep for something you can make at home, but cheaper than most souvenir vacation shirts at Disney.  And now I have the official technique down pat :-)  We also paid $12 each for the shark seminar and shark tooth necklace craft.  We only paid for the littles since Honey and I didn’t make necklaces.  The bingo, pool activities, camp fires, nightly movies and games (pool, ping pong, corn hole, foosball, etc.) were all complimentary.

Q: How do you sign up for activities?
A: There is no need to plan six months in advance like in Disney World :-)  When you check in you will be given the schedule for the week.  Simply go down the recreation desk at the pool or call to sign up.  I just called right after we arrived and signed up for the ones were were interested in.  A couple of them did fill up, so I would sign up on your first day.

Q: Was it crowded?
A: It did not seem crowded while we were there.  I did ask a few cast members and they said summers are CRAZY crowded.  The common areas are not large so I do imagine it would get tight quickly.