I’m going to cheat a little and share our Sunday Breakfast from last week rather than our Sunday Supper. 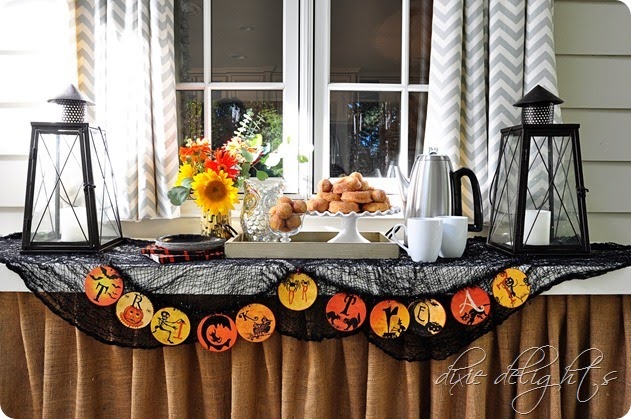 It was a brisk morning, but full of sun and just lovely in general.  I made Barefoot Contessa’s Baked Cinnamon Donuts.  Add a pot of coffee and you just can’t beat it! 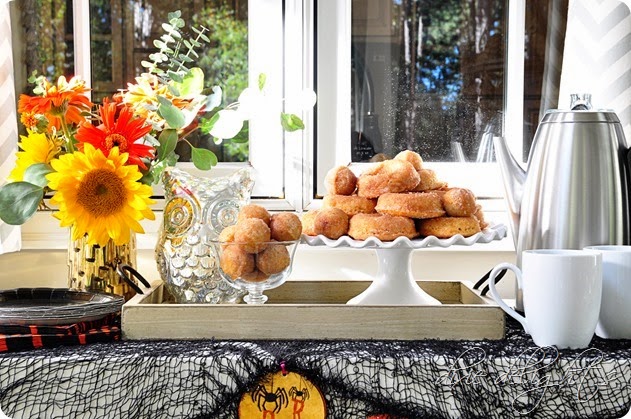 I originally shared the recipe back in February, but it’s worth sharing again!!

Preheat the oven to 350 degrees. Spray 2 doughnut pans well. Into a large bowl, sift together the flour, sugar, baking powder, cinnamon, nutmeg, and salt. In a small bowl, whisk together the egg, milk, melted butter, and vanilla. Stir the wet mixture into the dry ingredients until just combined. Spoon the batter into the baking pans, filling each one a little more than three-quarters full. Bake for 17 minutes, until a toothpick comes out clean. Allow to cool for 5 minutes, then tap the doughnuts out onto a sheet pan. For the topping, melt the 8 tablespoons of butter in an 8-inch sauté pan. Combine the sugar and cinnamon in a small bowl. Dip each doughnut first in the butter and then in the cinnamon sugar, either on one side or both sides.  Makes 12.

I’ve learned a few things since that first attempt.  Primarily, don’t overfill your donut pans!!  Instead, use a cake pop pan to make donut holes with the excess batter.  I’ve had my cake pop pan for at least 4 years and this was the first time I used it.  I have to say, it worked perfectly.  I use this donut pan

, and I give everything a hearty coat of Baker’s Joy with Flour.  That stuff is THE BEST for baking!!  If I have any batter left over I use a mini muffin tin and fill up as many as possible.  No matter what, I don’t waste a drop :-)

After our yummy breakfast, we headed out to mass and then were pretty lazy the rest of the day.  Perfection!

3 thoughts on “Sunday Breakfast on the Porch {Baked Cinnamon Donuts}”

Christmas is here!!! I’ve finally got my first h