Whit received tickets to today’s Hawks vs Wizards game from Santa as his “something to do” gift this year!!  I was really so pleasantly surprised at just how much FUN was in store!! 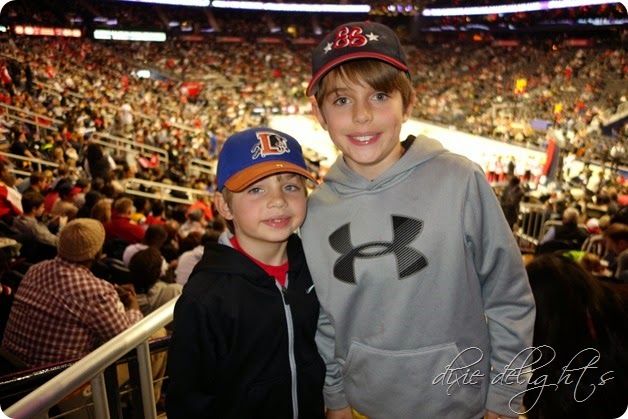 The Hawks are having an AWESOME season and were playing for a sold out crowd.  The energy was crazy fun!! 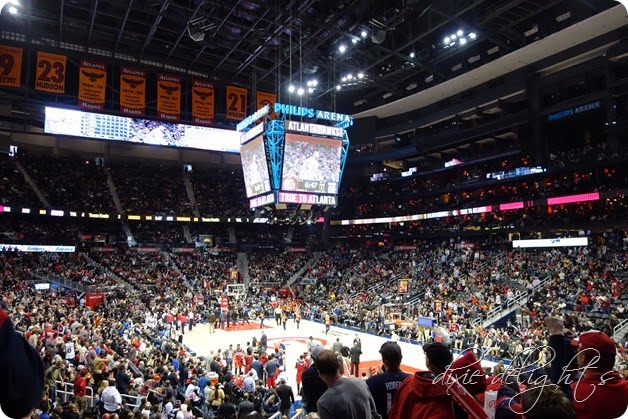 We were very happy with our seats as they afforded a great view of the court!!  (I think we were row m.)  We were treated to quite a few fancy moves – behind the back passes, slam dunks, crazy far 3-pt shots – and the littles were in heaven.  Those guys seriously make it look so easy.  It’s like they take three steps and they are across the court. 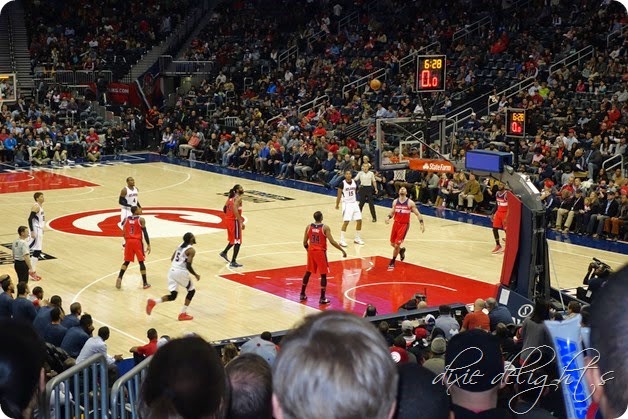 During one of the timeouts (or maybe between quarters), this crazy fun team of three took the court to perform some super impressive stunts.  Check out this guy completely upside down before dunking the ball… 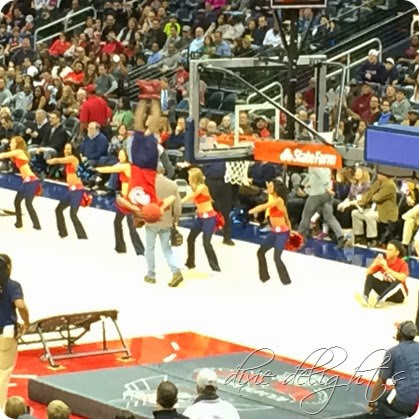 It was a super fun way to spend an Atlanta afternoon!! 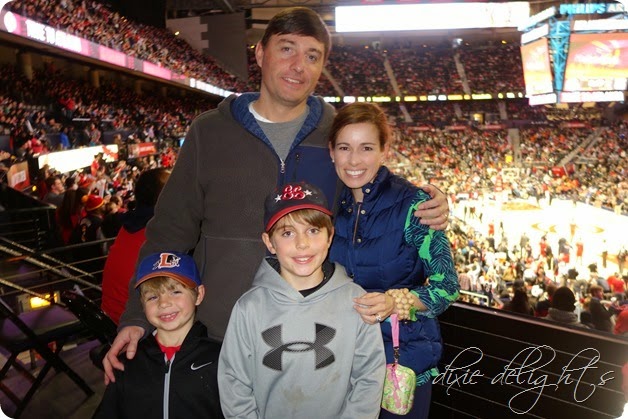 John received tickets to the new College Football Hall of Fame as his “something to do gift” and we can’t wait to find a weekend to do that outing!!
xoxo