This week’s snow-pocalypse 2015 was a complete no show!  This was the most we ever got and it was all gone by that first afternoon. 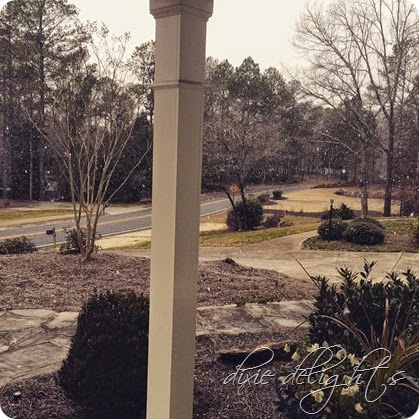 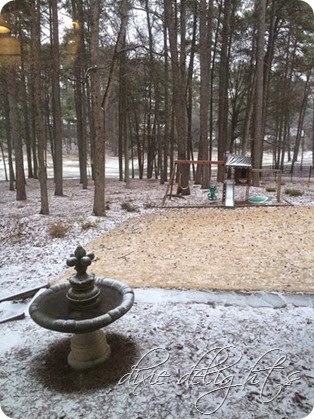 That being said, we’ve absolutely loved turning off the alarms and shutting down the routines.  We spent the last four day doing absolutely, positively nothing.  The littles played outside the first morning in the flurries, but since then we’ve lounged, ate cookies, watched movies, snacked, played video games, ate cookies, played laser tags, snacked, tormented our brother, ate cookies, and so on… 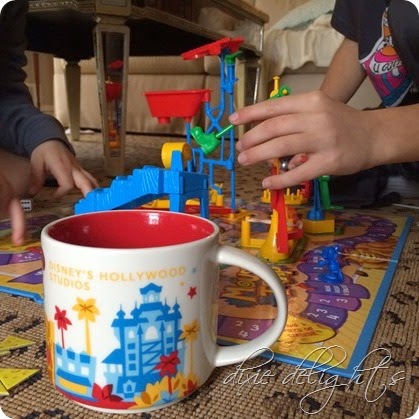 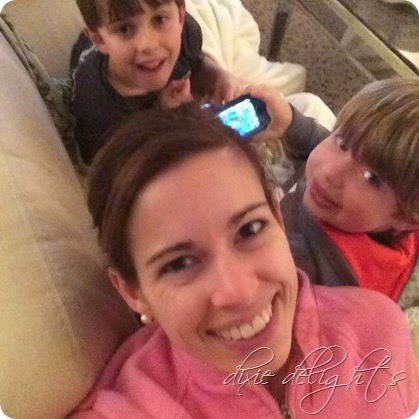 Now, you are probably asking yourself “What are these magical cookies that could sustain a lady and her two ravenous boys for three straight days?”  Well, I’m glad you asked!  They are Ina’s Salted Oatmeal Chocolate Chunk, the recipe makes about fourteen thousand, and they are pretty darn delish. 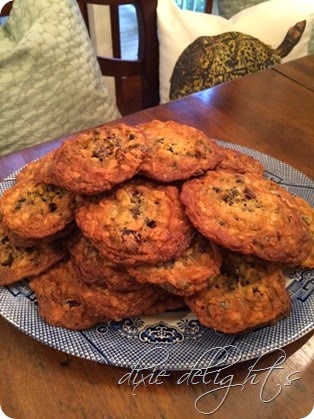 Preheat the oven to 375 degrees. Line 3 sheet pans with parchment paper.
In an electric mixer fitted with the paddle attachment, beat the butter, brown sugar, and granulated sugar on medium-high speed for 3 minutes, until light and fluffy. Scrape down the bowl with a rubber spatula. On low speed, add the vanilla, then the eggs, one at a time. Scrape down the bowl again.
Meanwhile, sift the flour, baking soda, and salt into a medium bowl. Mix in the oats. With the mixer on low, slowly add the flour mixture to the butter-sugar mixture. Don’t overbeat it! With a rubber spatula, stir in the chocolate and cranberries until the dough is well mixed. With a 1¾-inch ice cream scoop (or two spoons), scoop round balls of dough onto the prepared sheet pans. Sprinkle lightly with fleur de sel. Bake for 10 to 12 minutes, until nicely browned. Serve warm or at room temperature.


Note: If you prefer cookies thin and crisp, bake them straight from the mixing bowl. If you prefer them chewy in the middle and crisp outside, chill the balls of dough.   Mine spread like CRAZY and made large, flat and somewhat crispy cookies.  I ended up doing them about 6 to a cookie sheet after the first pan.

MAKE IT AHEAD: Scoop balls of dough, place in sealed containers, and refrigerate for up to a week or freeze for up to 3 months. Defrost and bake before serving. Baked cookies can be stored in plastic bags and reheated for 5 minutes at 350 degrees.

Tonight I’ll be debuting Chicken ‘n Dumplings and I’m already excited about it after a few days of chili.  I’m a bit teary that it’s certainly going to be back to the grind tomorrow.  But, it’s also Friday so I’m thinking we *should* be able to survive one day of reality before heading into the weekend.
xoxo

Make It Ahead: A Barefoot Contessa Cookbook