I mentioned yesterday that John and I took a little stroll through the tiny cemetery on Tybee and read every single headstone. He was enthralled and I myself have been captivated by cemeteries since I was about his age. I knew it was time to introduce him to the two most beguiling and hauntingly beautiful spots in Savannah – Bonaventure Cemetery and the Colonial Park Cemetery. It was so wonderful to have Mother and Daddy-O along for the ride, as they both shared their own childhood stories of growing up on these grounds of the two cemeteries.

Our first stop was Bonaventure, and this was the old stomping grounds of Daddy-O. He dazzled us with stories of the old plantation home that once stood here. It was long gone before he played here as a child, but he was able to show us the site of the old fountain, where the home likely stood, where the pool house once was, and about the fascinating pool that was filled with river water back in the day! This is the story that Daddy-O shared with John…

In 1800, a fire broke out in the Bonaventure plantation home of Josiah Tatnall Jr and his wife, Harriet. It occurred during a dinner party hosted by the couple, and Josiah simply and calmly announced to his dinner guests that it would be necessary for their party to be taken outside. Tables and chairs were moved onto the lawn well away from the home, the burning of which provided light for the party. Toasts were made to the family and to the home itself, champagne glasses shattered against the nearby oaks as the home burned to the ground. Today, it is said that those passing by Bonaventure at night can can still hear the faint sounds of laughter and the shattering glasses. The sounds from that final, and perhaps eternal, dinner party. 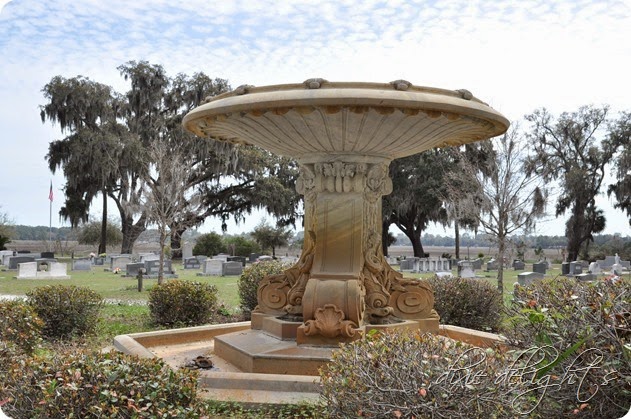 The walls of the old river-filled swimming pool. 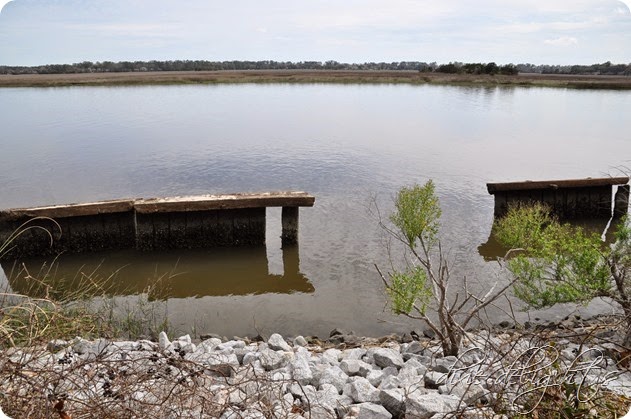 Located on the bluff of the Wilmington River, Bonaventure is glorious and striking and the final resting place of many influential Savannahians. 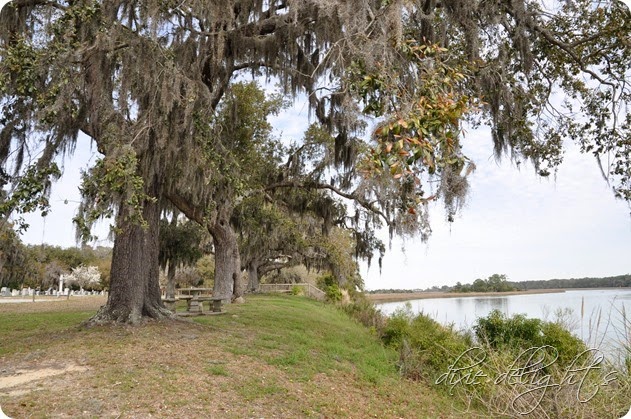 It is also the final resting place of Daddy-O’s side of our family. We were able to show John the graves of his great-great and great grandparents. 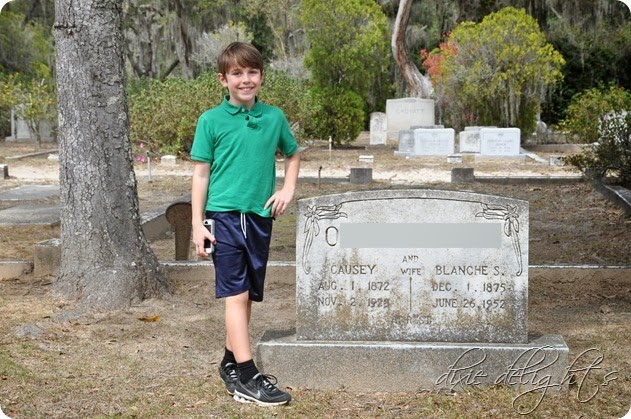 Established in 1750 in the historic district, the Colonial Park Cemetery is the remarkable final resting place of Savannah’s oldest citizens. 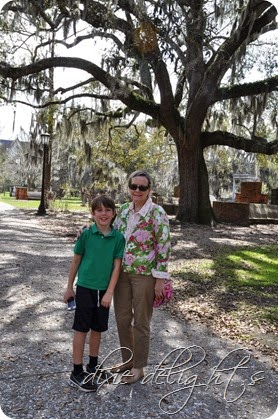 My favorite headstones are those dating back two to almost three hundred years. I love reading the inscriptions and am often saddened at just how young so many of them died. 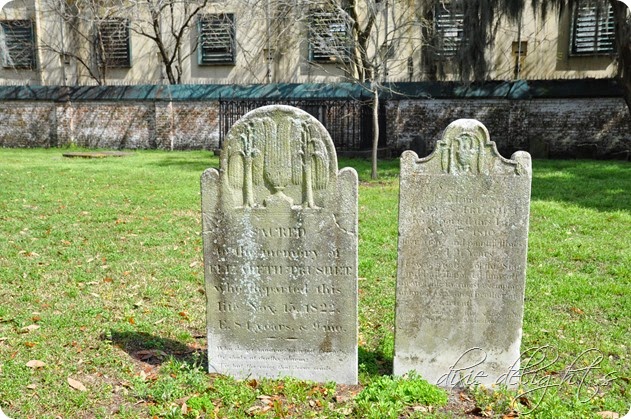 The Colonial Park Cemetery was a playground for Mother as a child, much how Daddy-O grew up in and around Bonaventure. She told John how she walked through here on her way home from Cathedral Day School each afternoon. 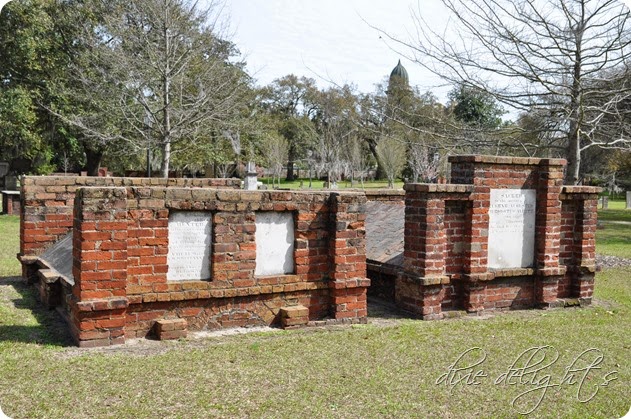 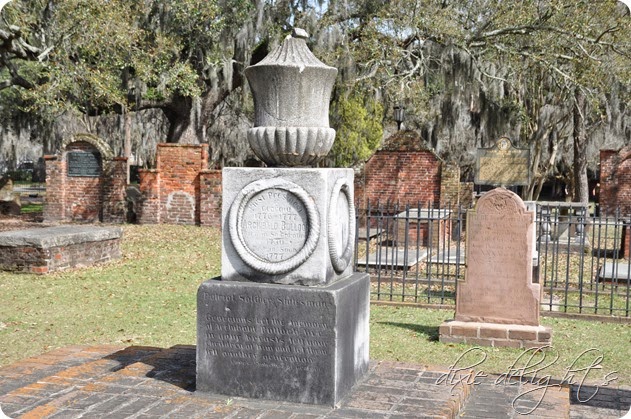 John was most fascinated by Button Gwinnett, Georiga signer of the Declaration of Independence, who is one of many buried here after dying of wounds from a duel. In fact, one of Savannah’s old dueling grounds is located just outside of the cemetery gates where a playground has stood for years. 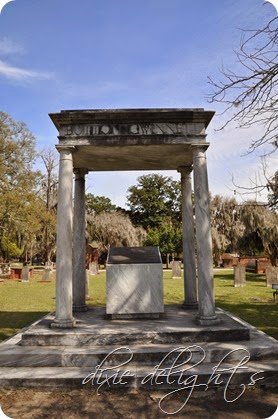 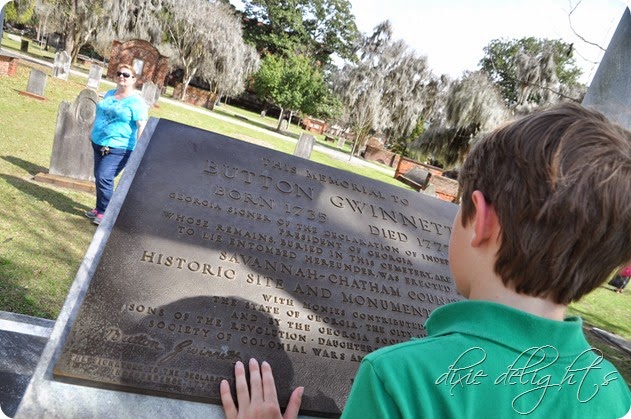 Many of the young children buried here were victims of Savannah’s Great Yellow Fever Epidemic of 1820. We happened across one of the graves of the two local physicians that lost their lives caring for the sick. 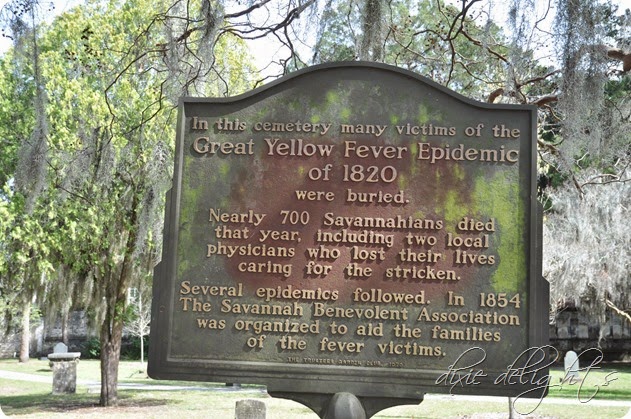 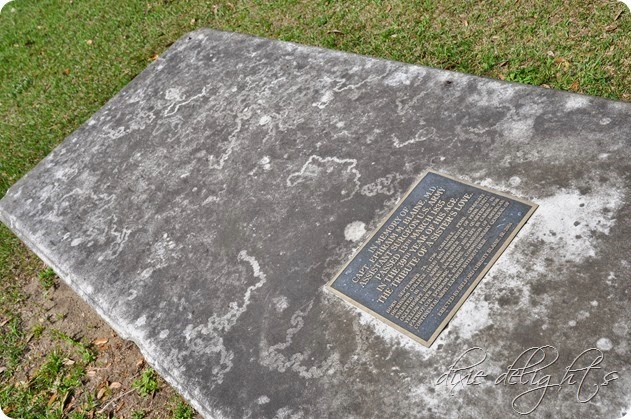 One of the most heart wrenching parts of the cemetery is the wall that holds fallen tombstones. 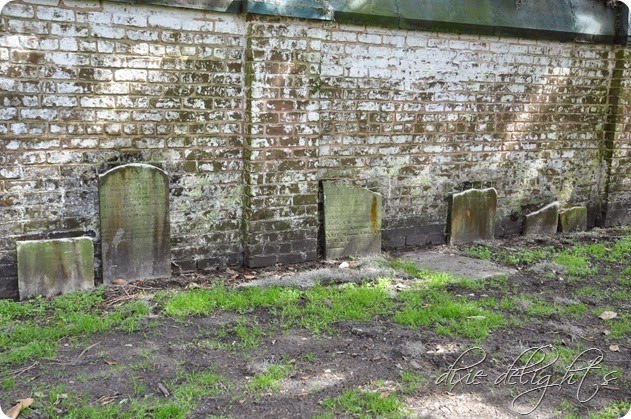 While the cemetery was closed for burials in 1853 and there are no Confederate soldiers buried here, the war still left it’s mark in an unusual way. Federal troops took over the cemetery grounds during their occupation of Savannah and many of the graves were looted and desecrated. They slept in the vaults and changed the dates on many of the headstones. I have loved scouting these out since I was quite little. Here is one where they added a one to make it looked like Onesime lived 138 years… 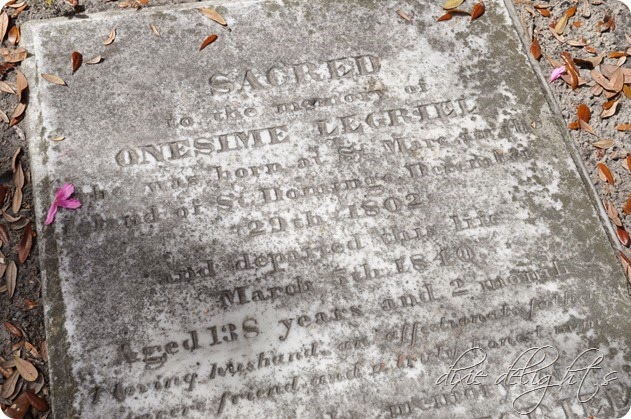 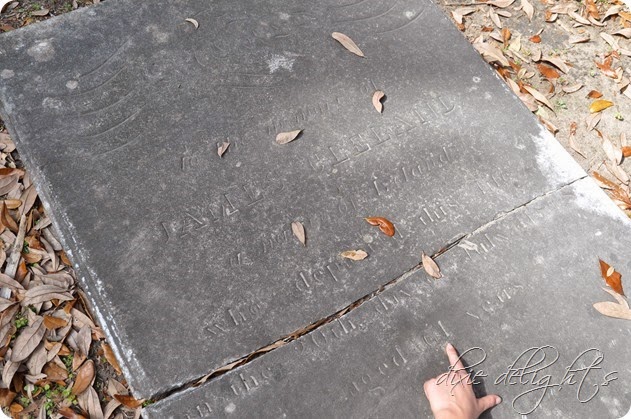 … and this one made to look like they lived to 112. Most of these are located on the Abercorn street side if you are looking. 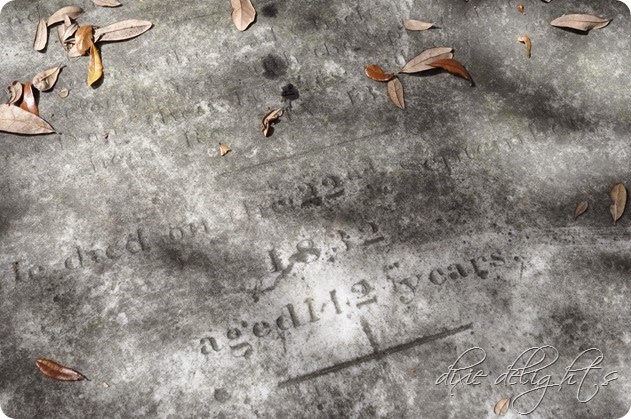 Our last stop of the day was to show John the final resting place of Mother’s parents. 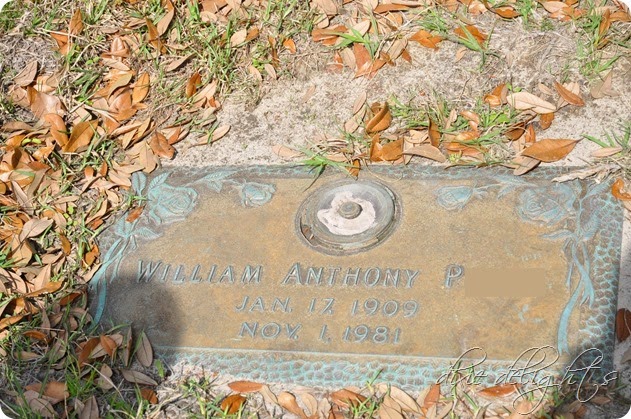 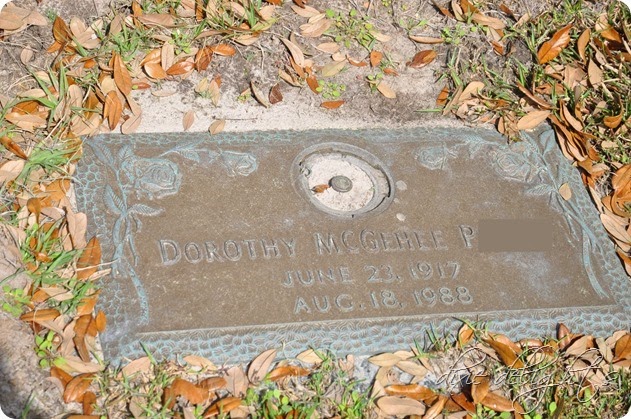 I realize it may seem like a strange family outing with a third grader, but I relished the opportunity to introduce John to these extraordinary places and to show him where his Savannah family is buried. For as long as I can remember I have been drawn to cemeteries. I touch the headstones and find my mind wondering at not only the people buried below them, but at the throngs of loved ones that come back to remember – or don’t. And I think my little one might share the same fascination.
xoxo