Far be it for John to be left out of anything.  He sat around listening to Honey and I excitedly discuss our respective 40×42 and 40×41 lists and right then and there started drafting his 10×10. 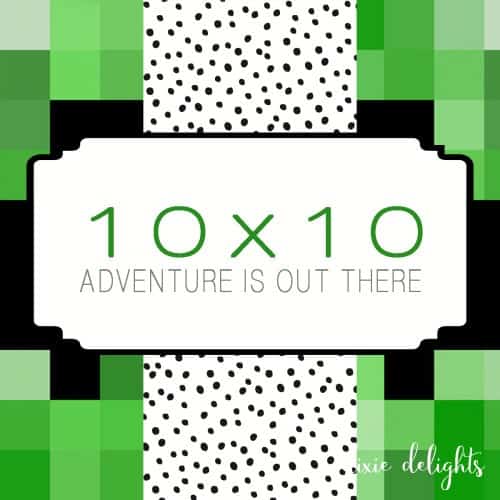 John dreams big and this list is by his own hand.  So, without further ado, here we go:

1. IN PROGRESS: Learn to play lacrosse
2. Go on a ghost tour in Savannah
3. Fly in an airplane to Disneyland
4. Have a triple sleepover
5. IN PROGRESS: Eat every flavor of ice cream at Cold Stone this summer
6. COMPLETE: Get a dog
7. Read Harry Potter so I can watch the movie
8. Visit Mary McLeod Bethune’s school Go on a Disney Cruise
9. Break my taco eating record at Taco Bell (it is 5 right now)
10. Get another bag of huge marshmallows (like Miss Maura gave me) that I don’t have to share

Two notes…
1) The boy likes to eat!
2) I was DYING that he swapped out Visit Mary McLeod Bethune’s school for Go on a Disney Cruise.  He was learning about her at the time but I guess he rethought his dream big list.

He turns 10 ON Thanksgiving this year and I know at least one won’t happen.  Perhaps he should have made a 10×11 list :-)  The baby declined the offer to make a list saying that he just wanted to do John’s list.

Now, as far as Honey and I go, we’ve scratched Camp at Disney off the list, we’ve planted the flower cutting garden (and veggie garden), we’ve secured numbers for our first Peachtree Road Race AND we’ve made party plans for Honey’s 40th!!

It’s shaping up to be an epic year (or two)!!
xoxo

It was love at frost sight! Come take a peek insi

Nailed it 💅🏻I’ve fallen in love with Essie

All the sweets for my sweethearts 💘 #valentines

When all my cotton candy cocktail dreams come true

I was so excited to find this neutral heart pillow

We got a Valentine care package from my parents wi

Be Mine 💘🧁💘 #valentinesday #bemine #doord