I mentioned last week that I was giving a presentation on Ireland to John’s class.  Well, I hemmed and hawed over which dish to take and settled on Shepherd’s Pie.  It is really super yummy, and my boys love it, but I wasn’t sure if the majority of the class would like something where all their food groups were touching.  Let me just say that all that worry was for naught.  They gobbled up the entire dish – some of them coming back for seconds and thirds!! 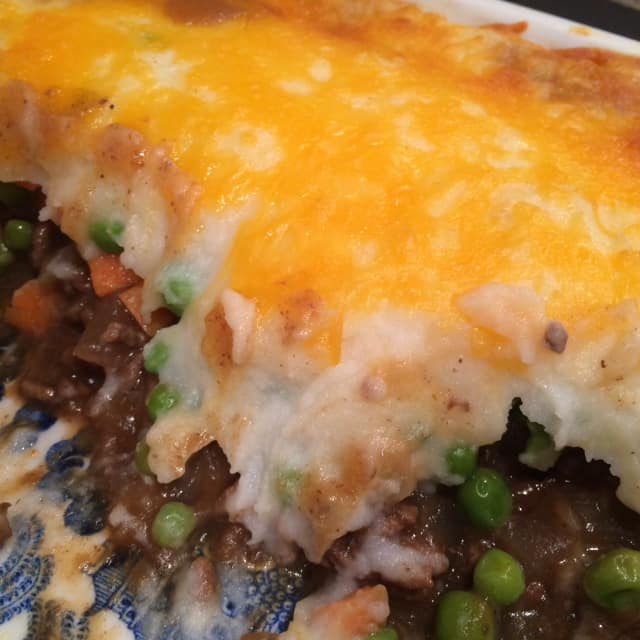 For veggies:
10-16 oz. bag frozen peas and carrots (I buy in the microwaveable bag and cook)

While I was cooking, I went ahead and doubled the recipe and kept one in the fridge for our own supper that night.  It’s a great, filling, stick-to-your-bones kinda meal for St. Patrick’s Day!!