One of our very favorite mornings was spent aboard the Kai ‘Oli ‘Oli on a snorkel cruise.  We sailed out of the beautiful Ko Olina marina, just down the street from Aulani, first thing. 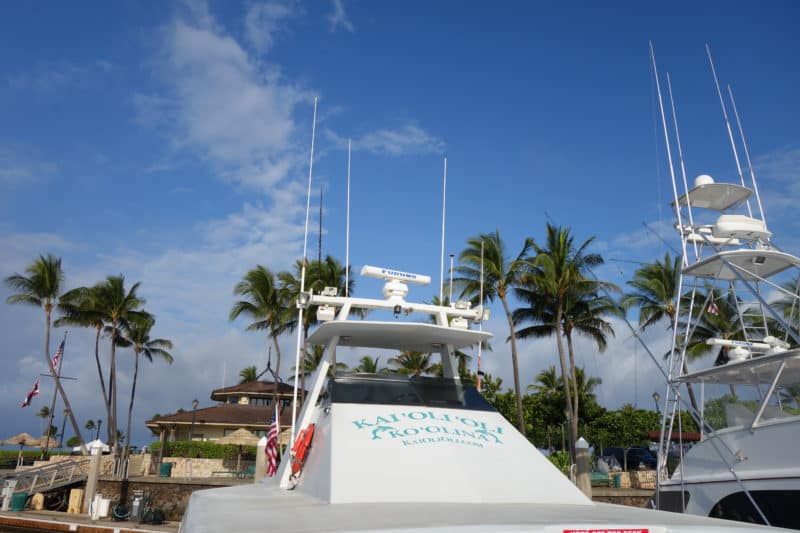 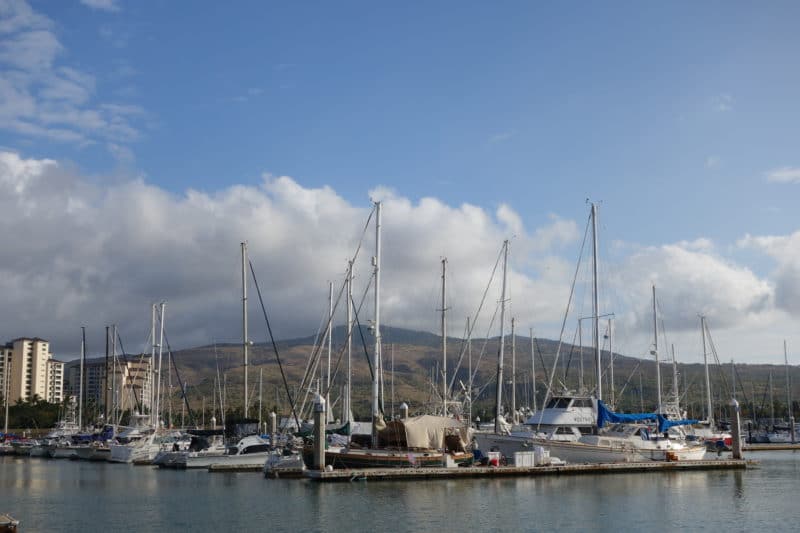 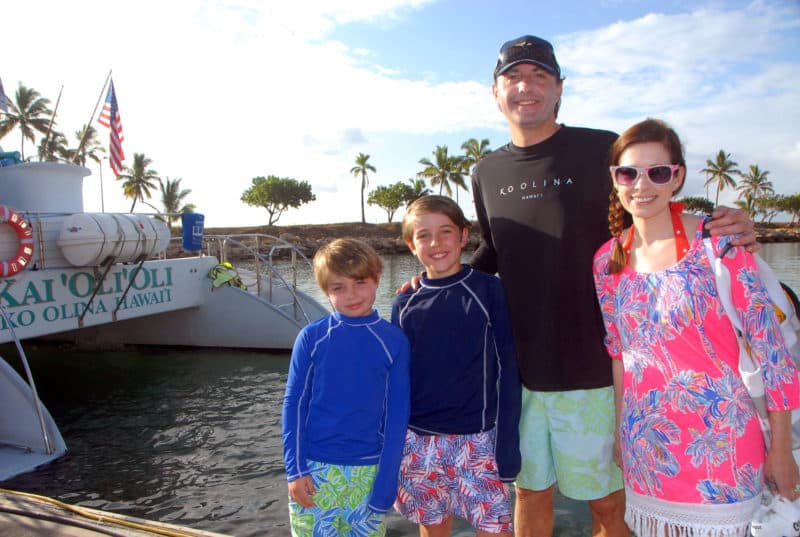 When boarding the boat, the littles asked the captain if he thought we’d see any whales.  It was the tail end of the season but he was so kind to say he would try!  We loved seeing the gorgeous blue ocean on one side and foggy mountains on the other as we left the marina.  You can see Aulani in the middle of the picture below. 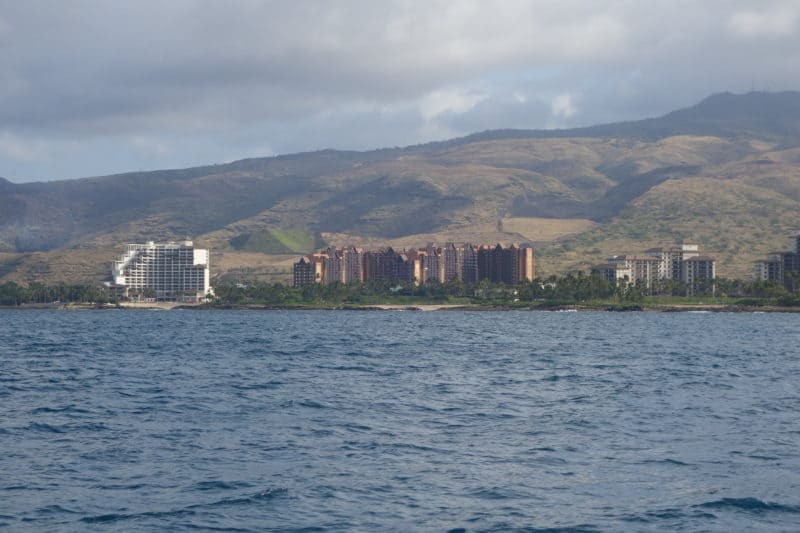 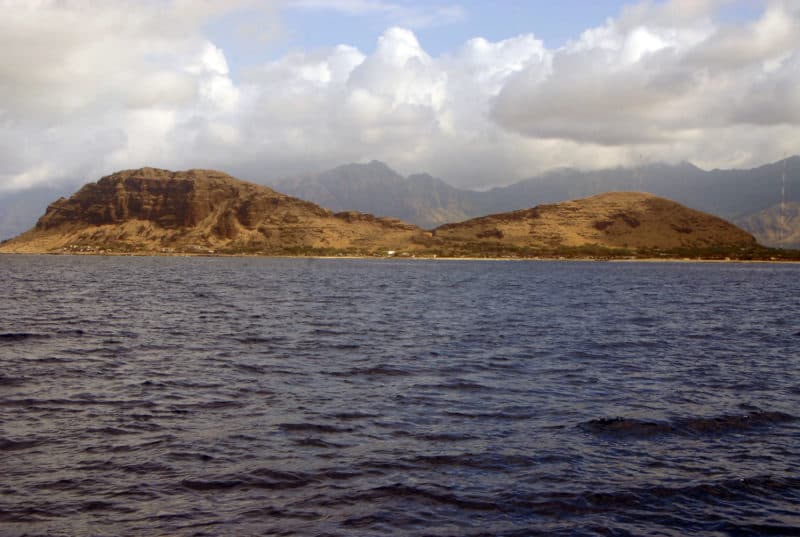 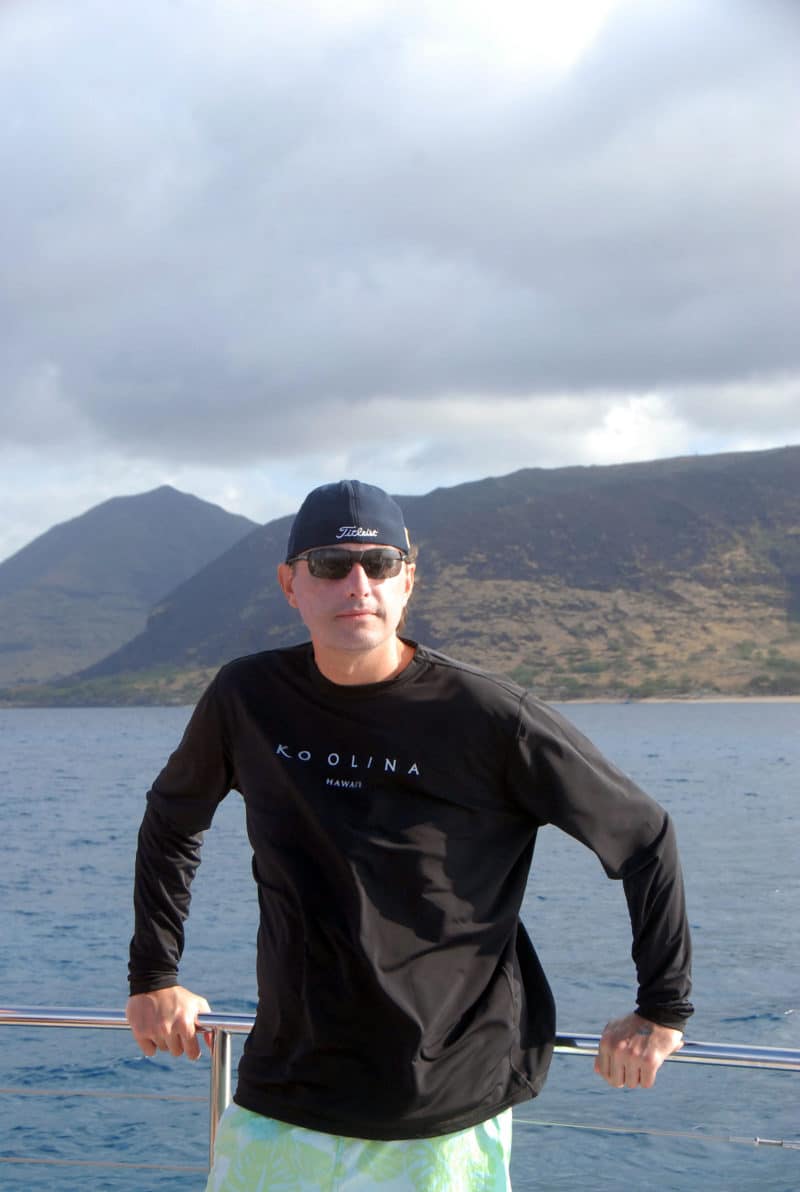 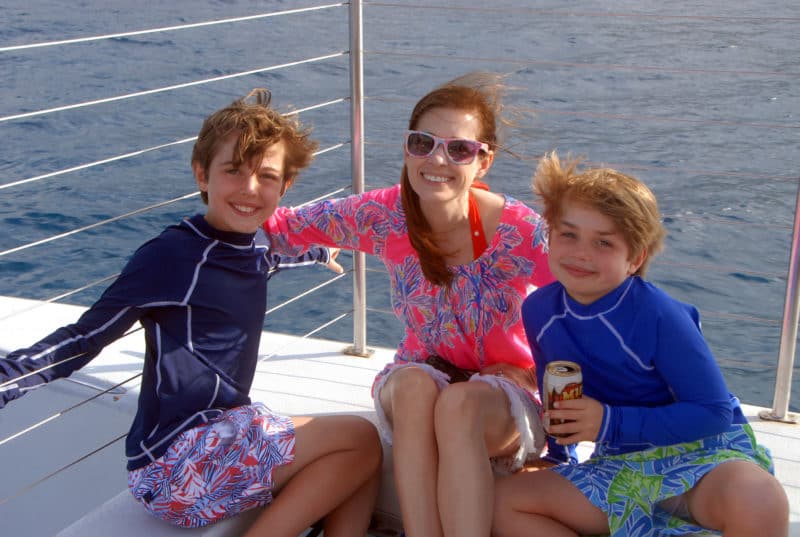 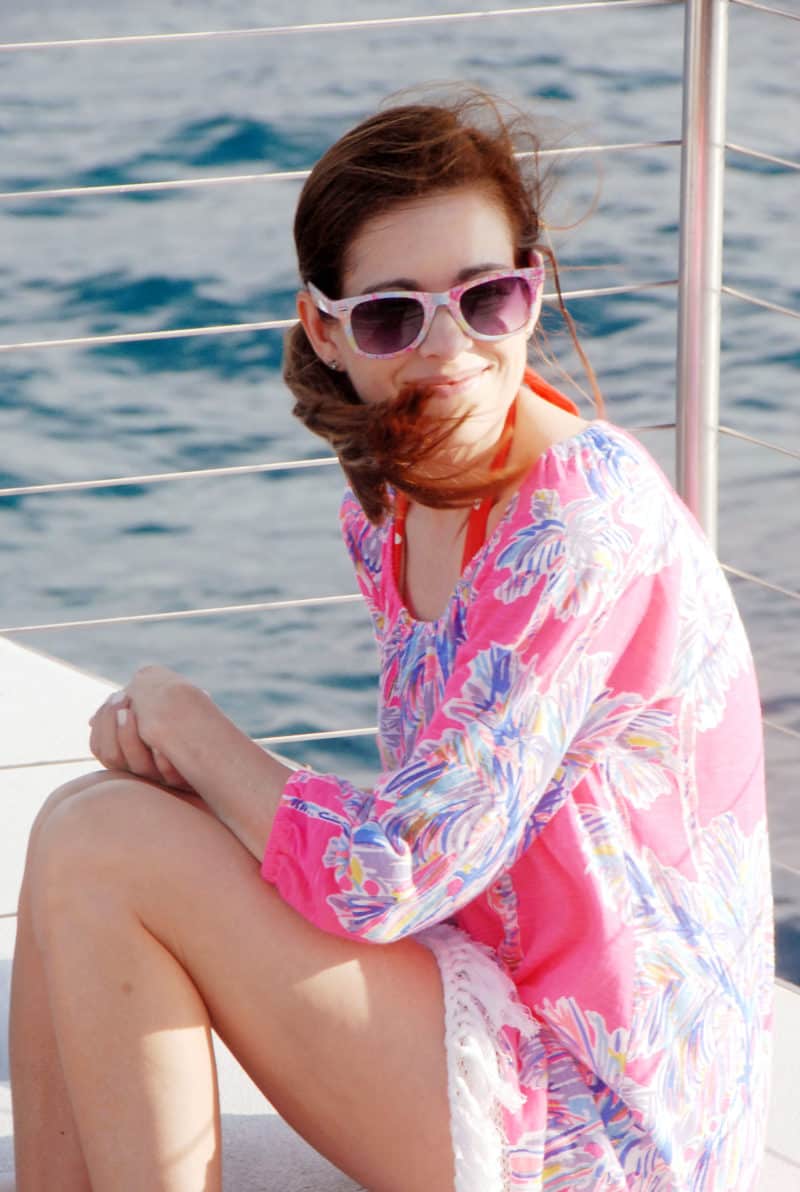 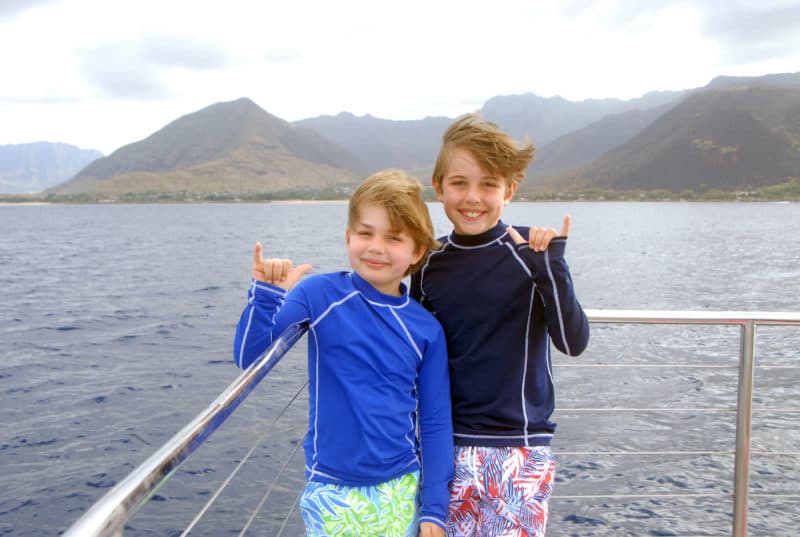 While heading out, the crew served breakfast muffins and drinks in the cabin.  They were all so fun and professional and gave the littles (mine were the only ones on board) lots of attention.  They taught Whit how to blow in the conch… 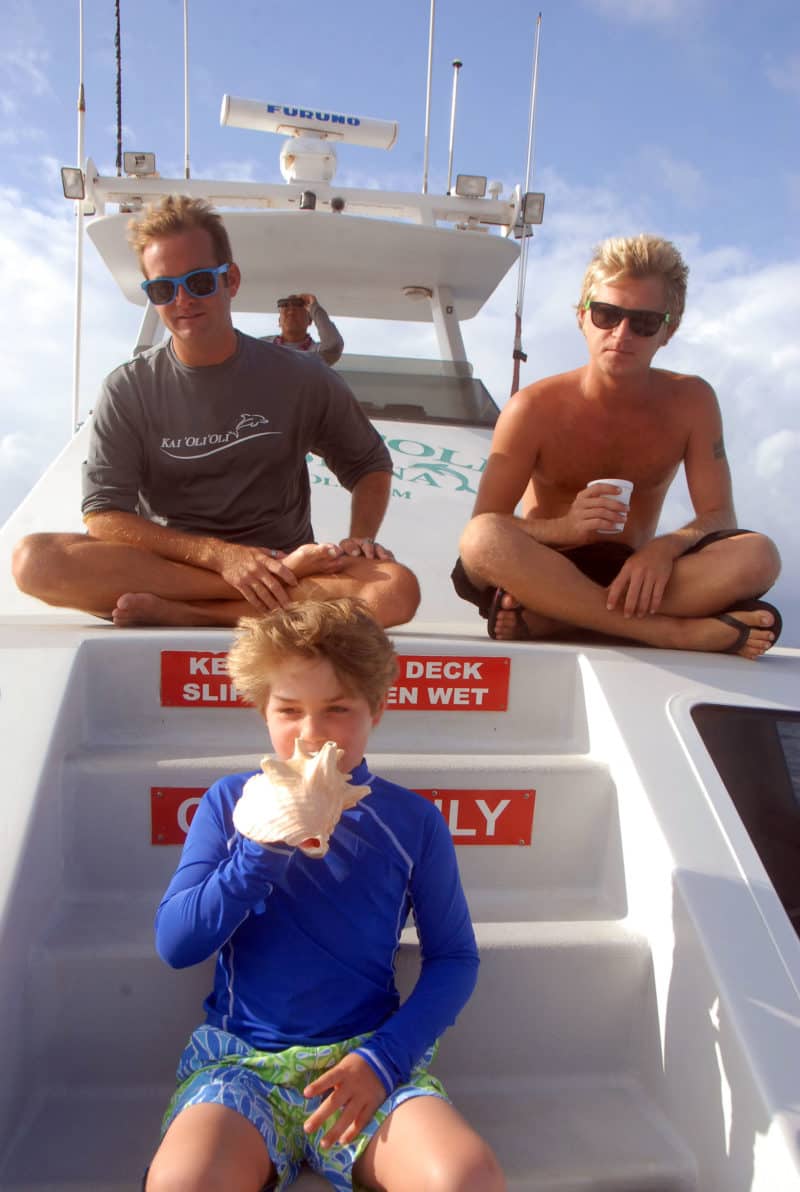 … and gave both a try at driving the boat.  The captain taught them all about the different controls and even let them turn the boat!  They loved it!! 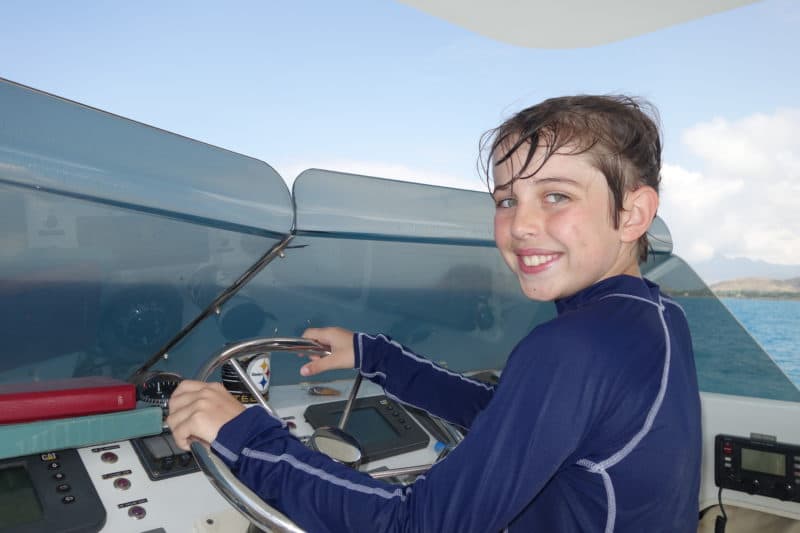 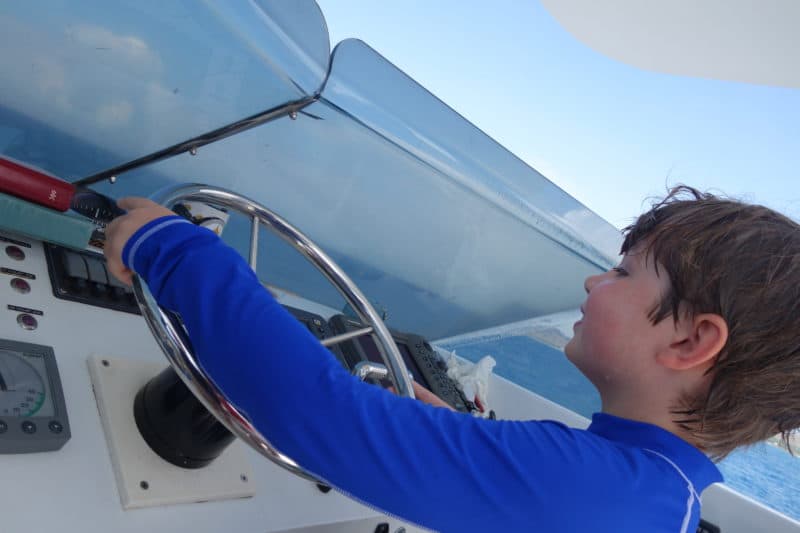 The captain radioed every other boat he knew to be out that morning and lo and behold if he didn’t hunt down an Alaskan Hump Back Whale!!!!  We were there at the very tail end of their migration back to Alaska and he set expectations early on that seeing one was unlikely.  We couldn’t peel our eyes away from it playing in the water! 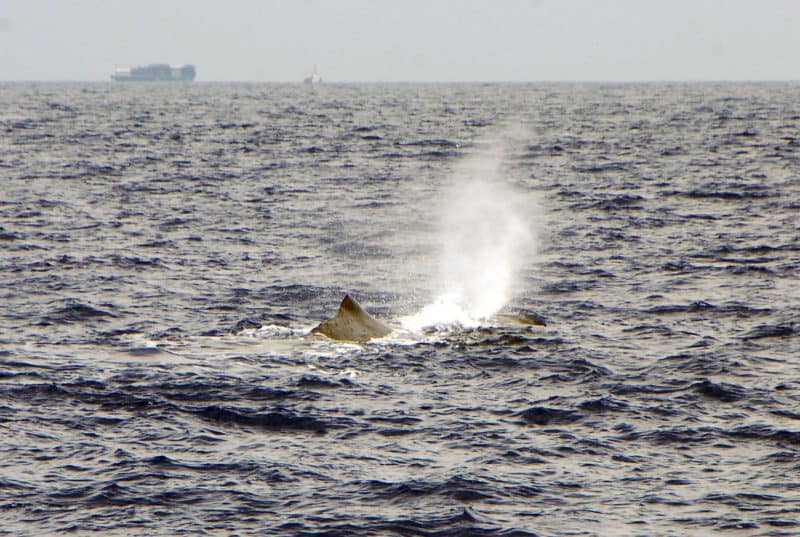 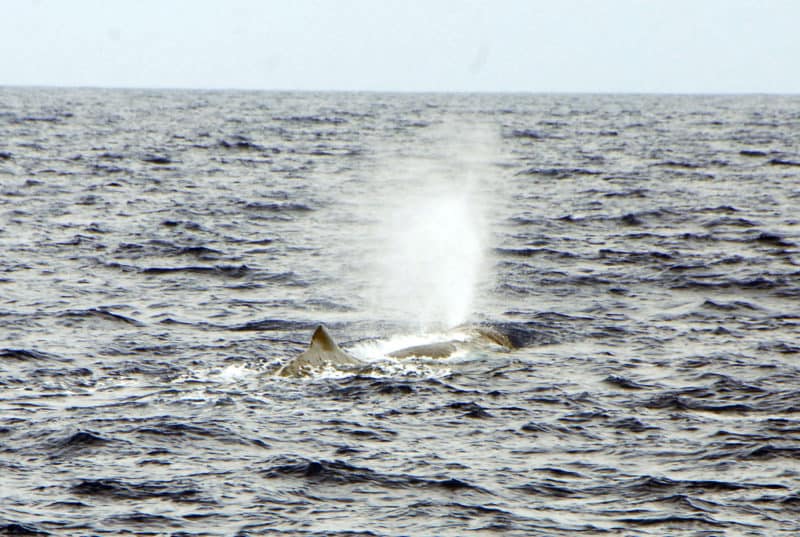 A couple of hours in we tied off for snorkeling.  The last time we went as a family in Castaway Cay it didn’t go over so well with the littles.  So, again, low expectations.  We were thrilled when they LOVED it.  They were the first ones in the water and last ones out! 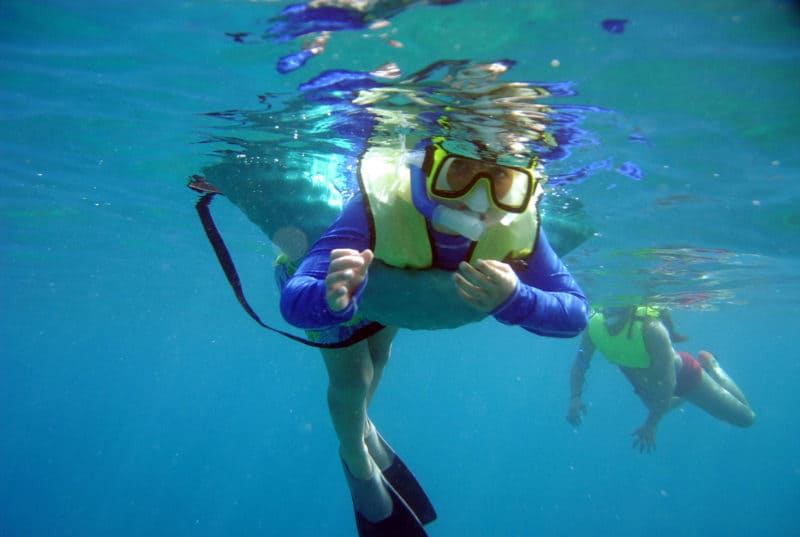 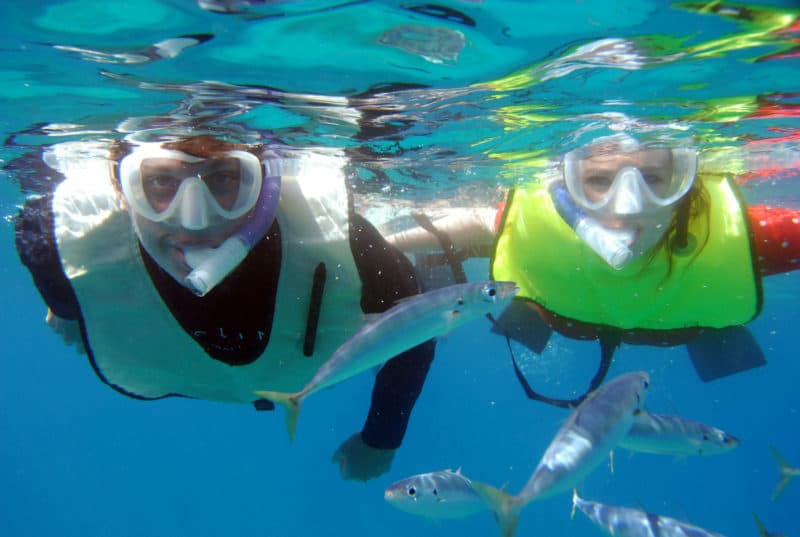 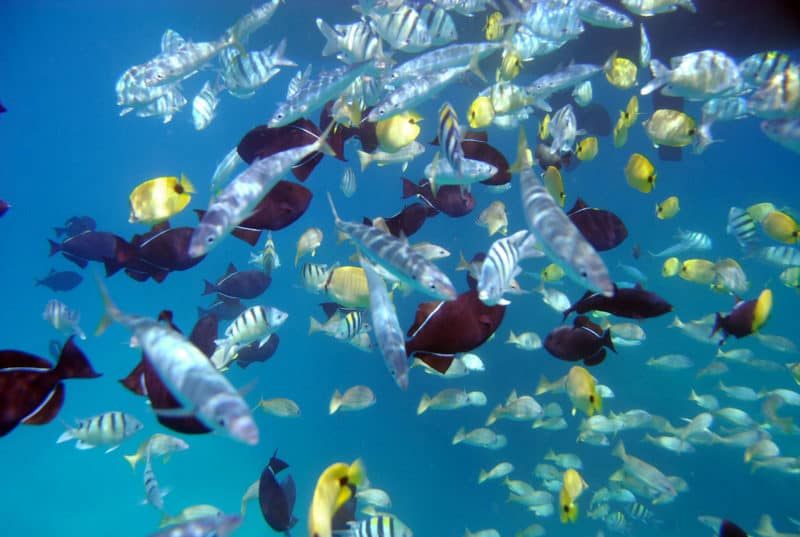 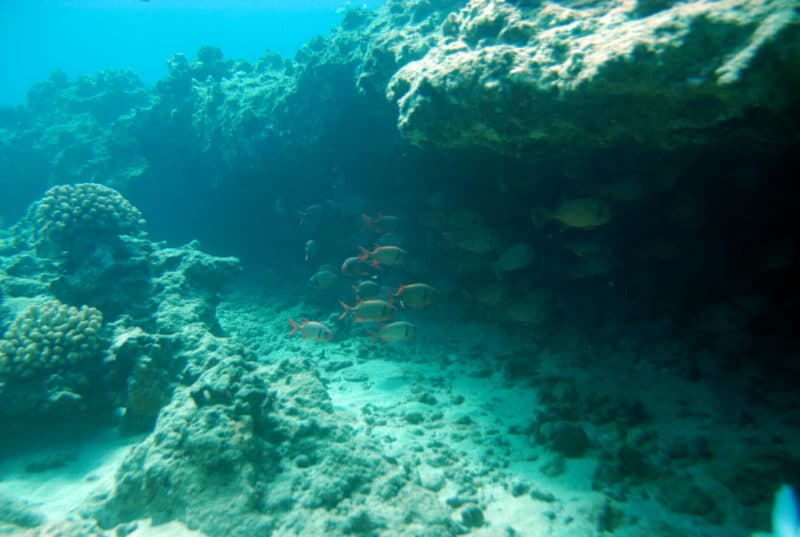 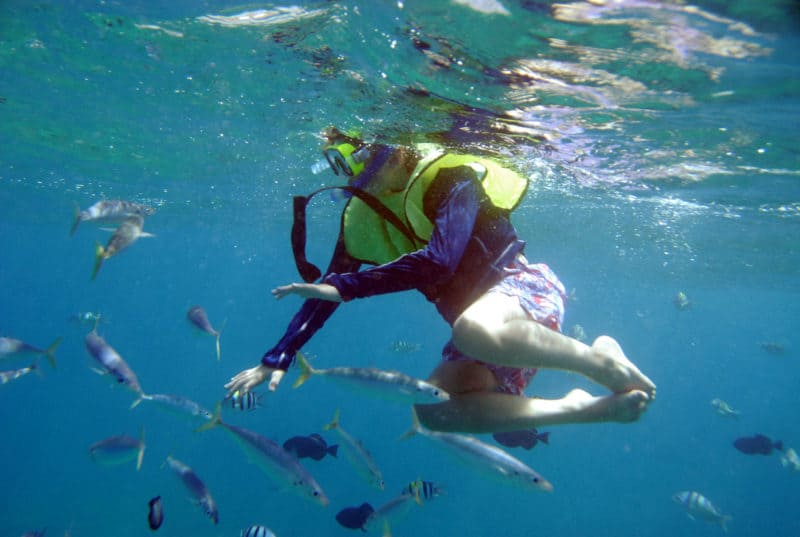 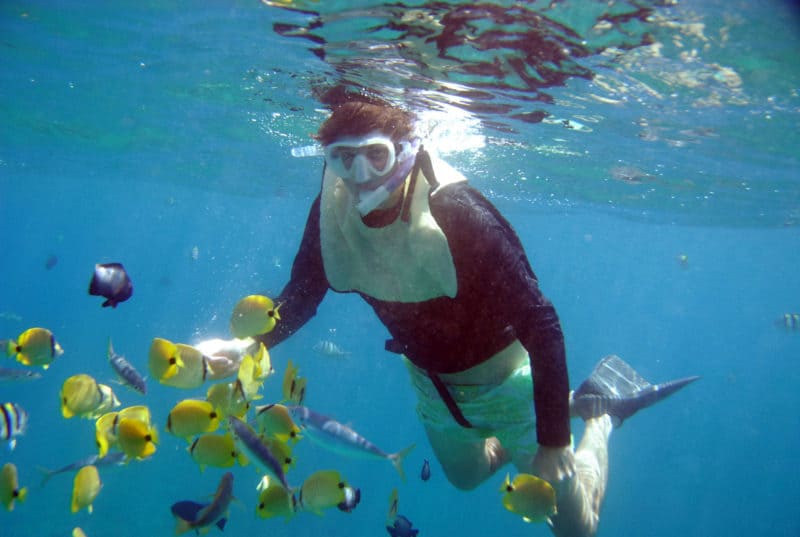 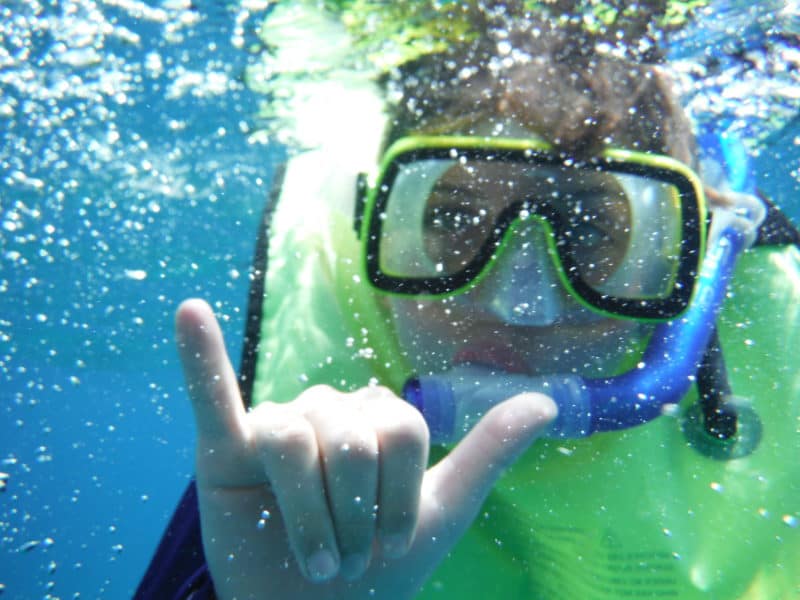 As if seeing the whale wasn’t enough, we also had a huge sea turtle swim right out under us! 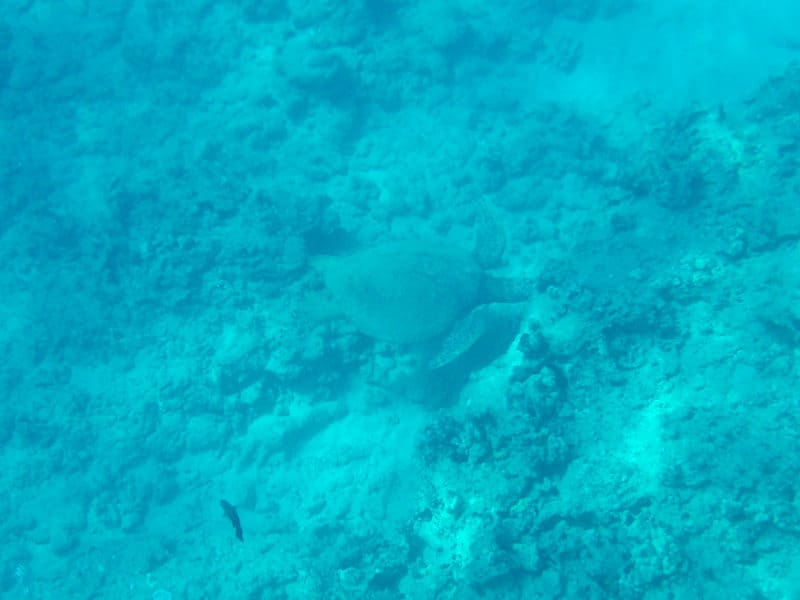 After rinsing and drying off back on board, we were treated to a yummy chicken and pork lunch and cocktails.  It was really just an exceptional time! 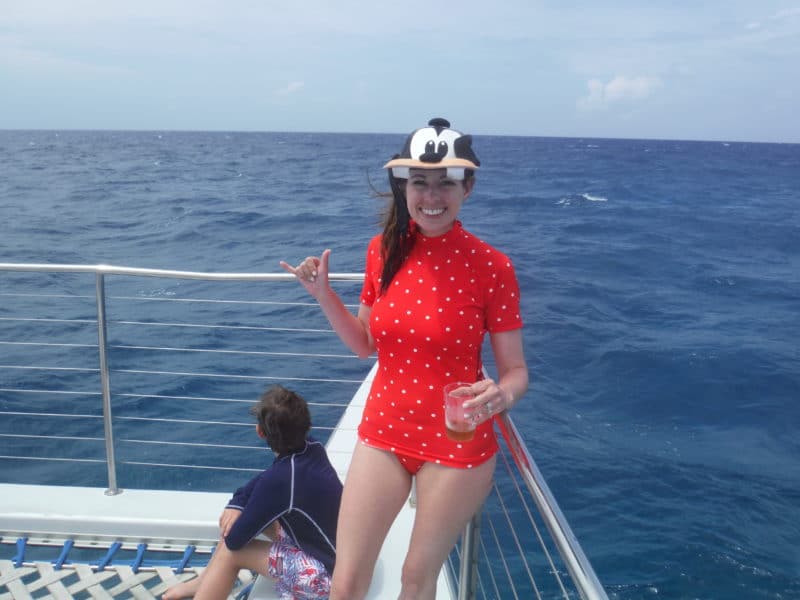 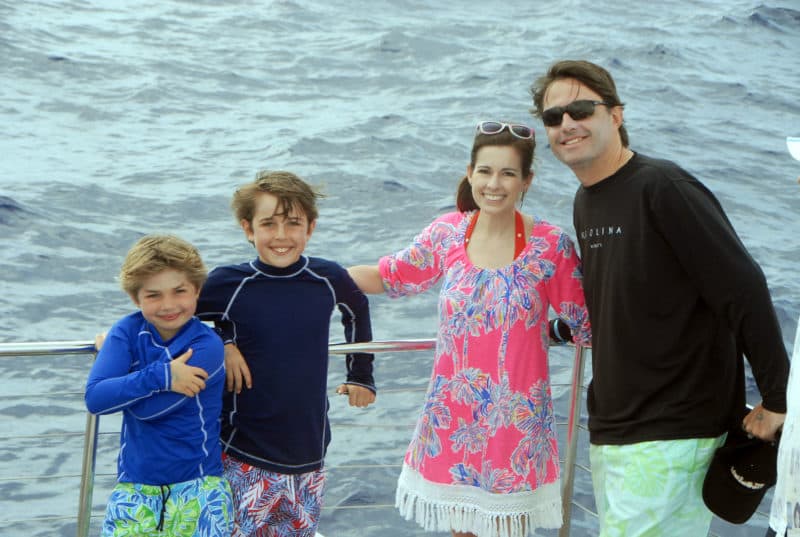 We booked this outing through Aulani, and couldn’t have been happier with it (it was called DVC Morning Calm when we booked).  I do believe you can book separately.  I would contact the Ko Olina marina for information.  We found that the excursions booked through Aulani were all first class.  They had obviously done their homework to ensure that the “Disney magic” would extend outside of the resort!

There’s so much more fun to come!
aloha & xoxo