He’s baaaaack!!!  Our friendly Elf on the Shelf Scout is back for his seventh season.  He tends to arrive with all the holiday pomp and circumstance, but one certain 11 year old thwarted his plans.  I wasn’t planning to have him arrive for another week, but the night before his birthday (no joke… at like 9PMish), John sighs and says “I sure wish Scout would have come.  He always comes for my birthday.”  UGH!  So I dug him out of my underwear drawer (where nobody would find him), hunted down his cupcake outfit, and threw some stuff together to make it look semi-cute. 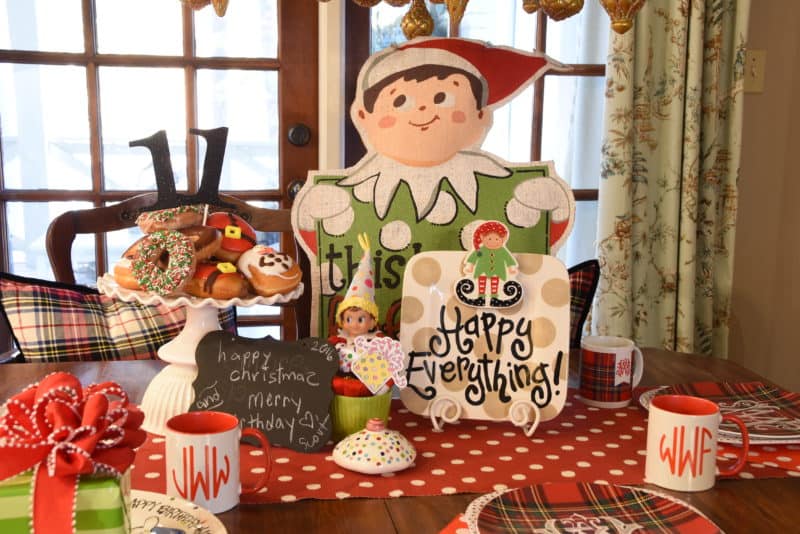 As luck would have it, bestie M gave me the darling Burlee by Glory Haus just a few days prior.  I tucked it away to hang in their room once Scout arrived so they hadn’t seen it yet.  He made for a pretty cute centerpiece.  I already had everything else in my stash. 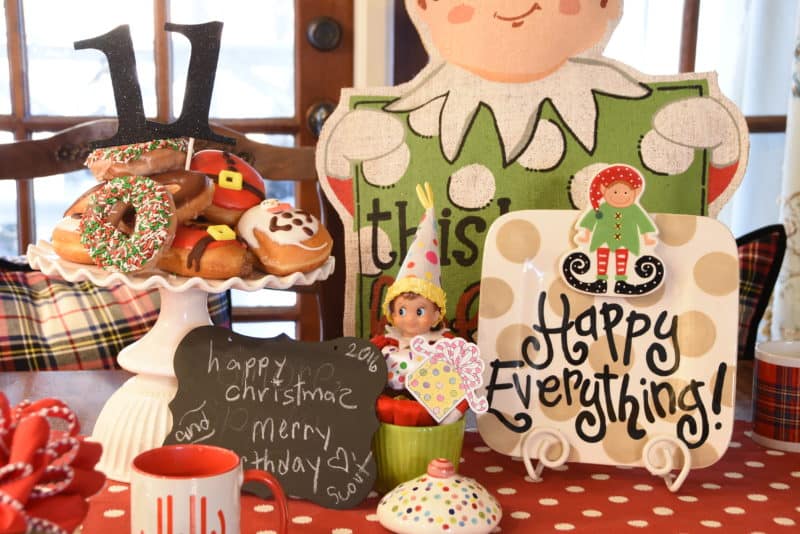 He had requested *more* Krispy Kremes for his birthday breakfast, so I ditched my original Dec 1 (that’s today!) plans to make mini muffins, mini pancakes and mini fruit bowls with elf picks in them.  Piling a bunch of donuts up on a platter was much easier anyhoo.  HA! 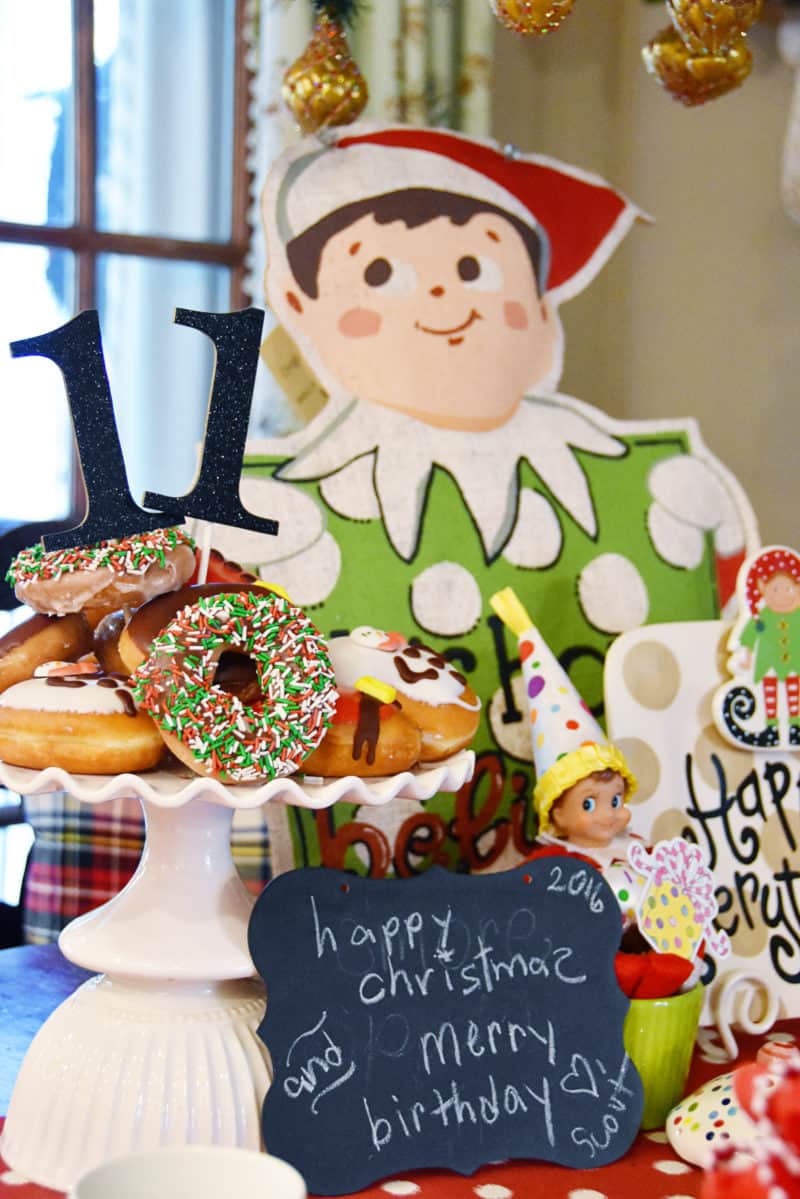 I’m pretty positive that he knows the elf isn’t real, but I adore the fact that he loves traditions and magic and everything Christmas.  Even at 11 years old.  <3 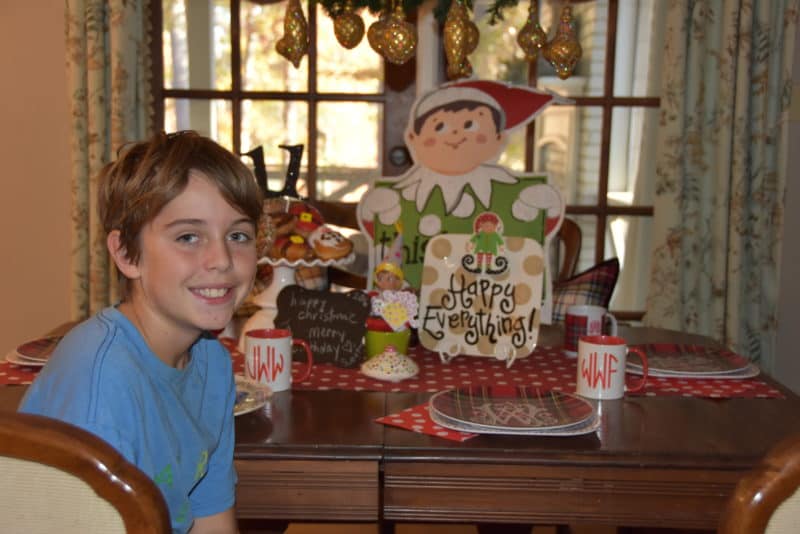 In the mean time, I was planning for Scout to arrive with his usual grandeur.  A scavenger hunt this time!!!

On the morning of the arrival, I awoke the littles with not just the usual “rise and shine” but this instead…

Wake up, Get dressed, Brush teeth, comb hair
We’re playing a game with no time to spare.
Find letters in every room , working as a pair,
Then put them together and see how you fare!

A few things to note:
Everything you need is upstairs.
The door to each room will tell you how many clues you are hunting for.
When you you’ve figured it out, go find your Elf for the final clue!

They got dressed quicker than I’d ever seen and immediately started the hunt! 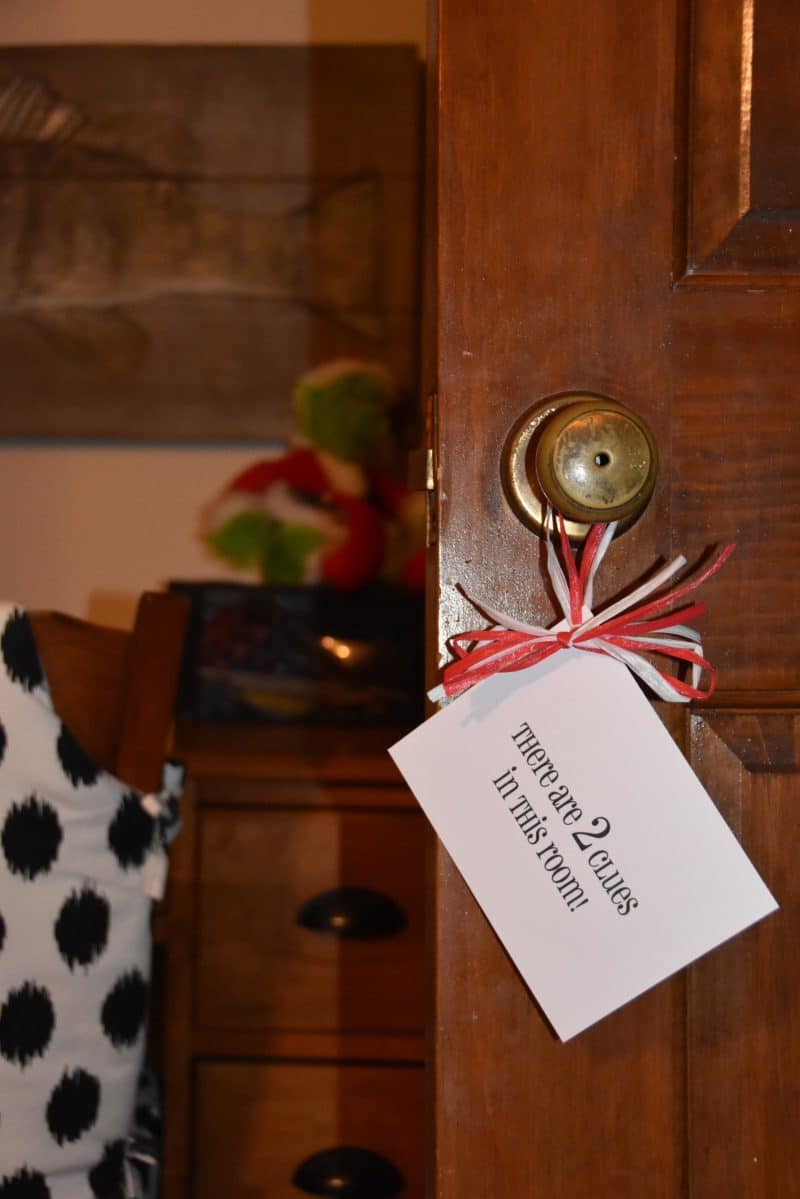 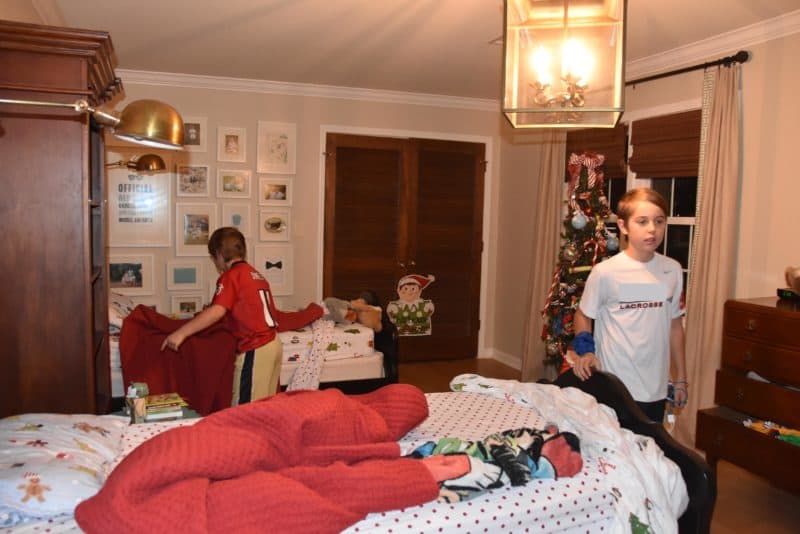 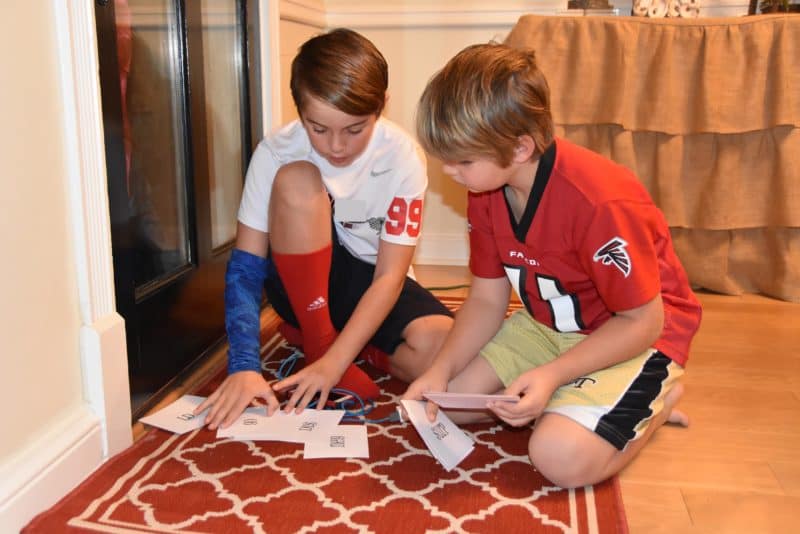 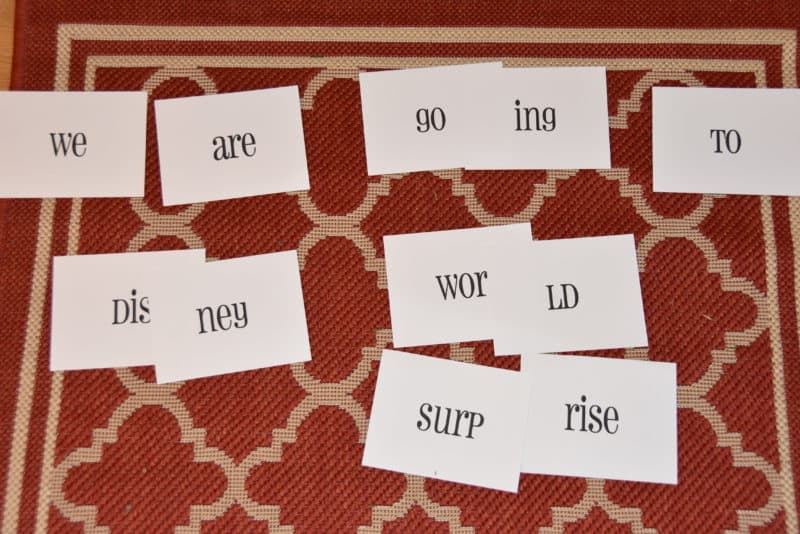 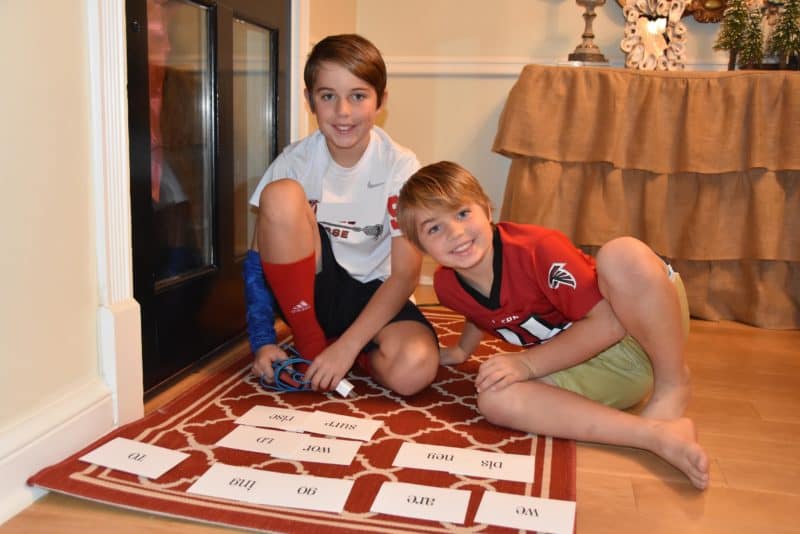 Then they were off to find their elf! 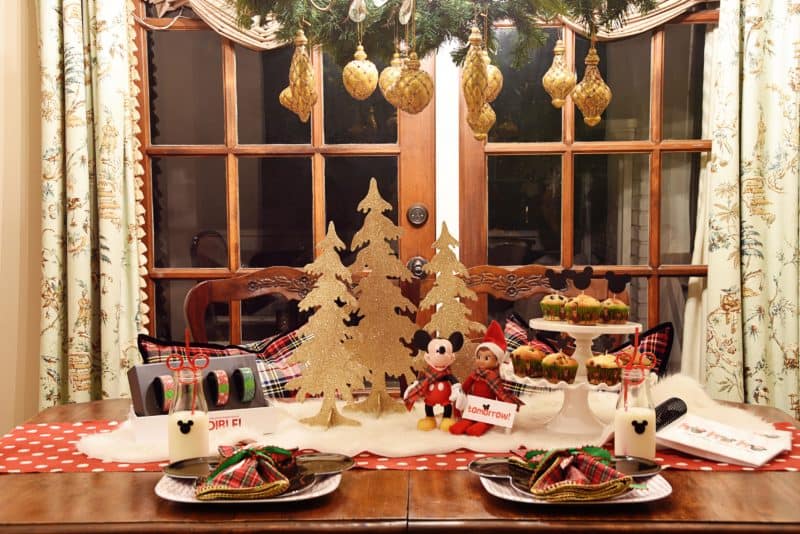 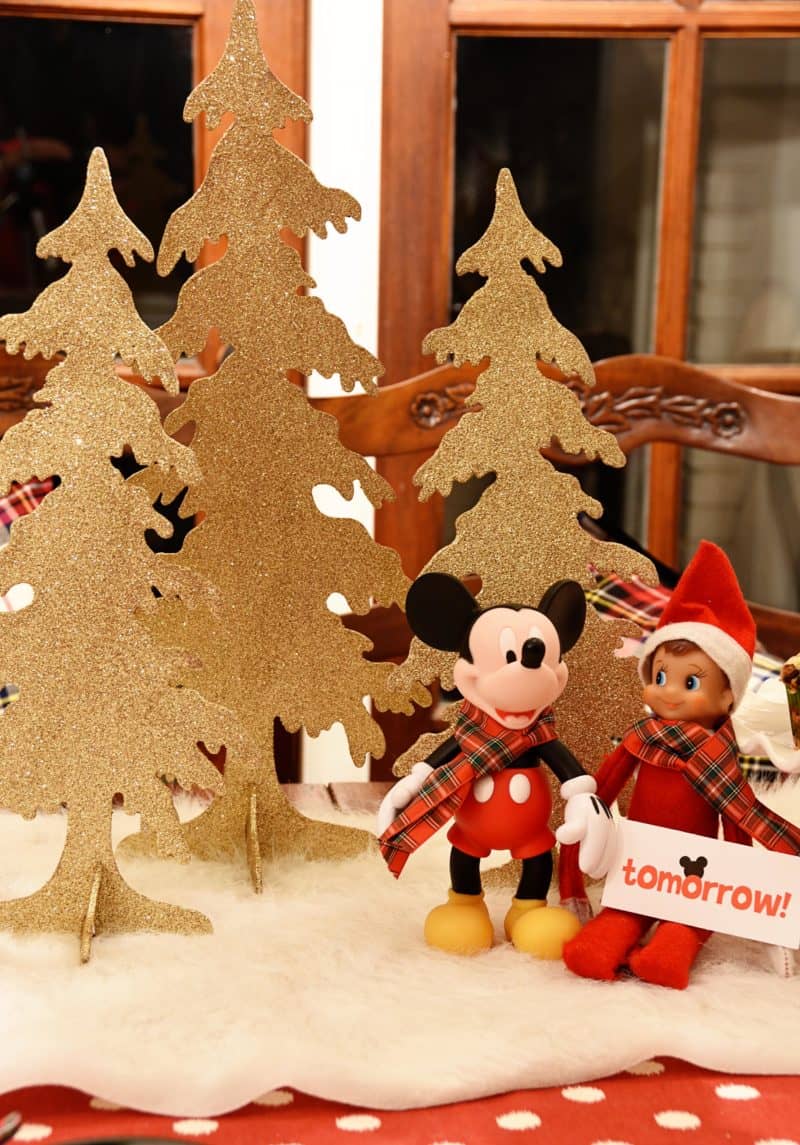 I made muffins the day before so breakfast was quite simple.  I pulled the glitter trees from the den, had the fur runner in the closet and tied plaid ribbon around their necks for scarves. 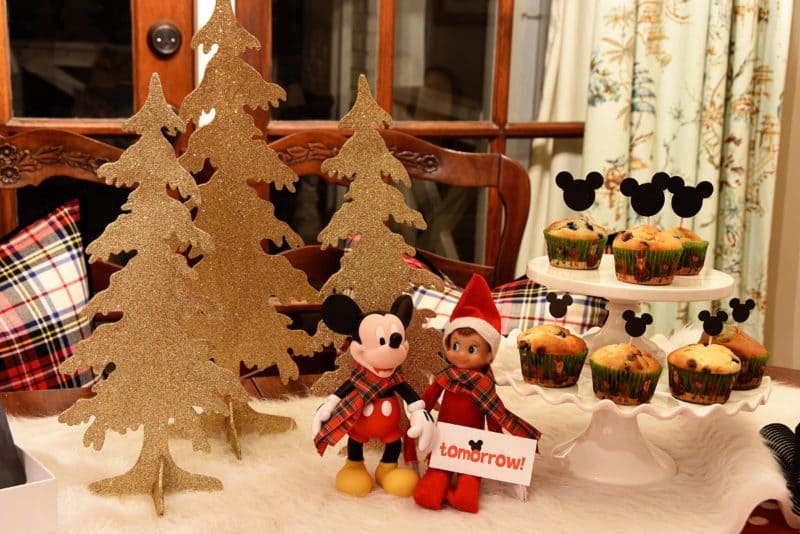 The Mickey plates were the best souvenir I ever brought home.  I wish I had bought 4! 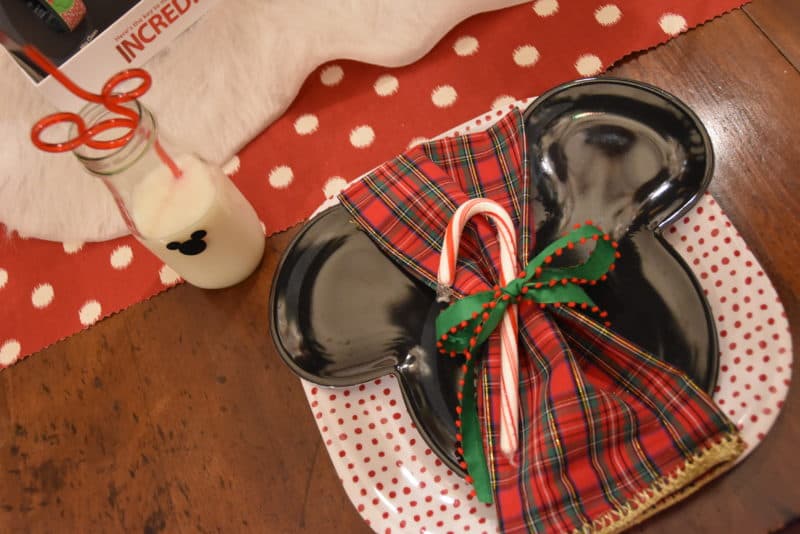 I got holiday magic band covers and had them made with fun Disney Christmas names…. Sandy Claws, Mrs. Claws, Wayne and Lanny. 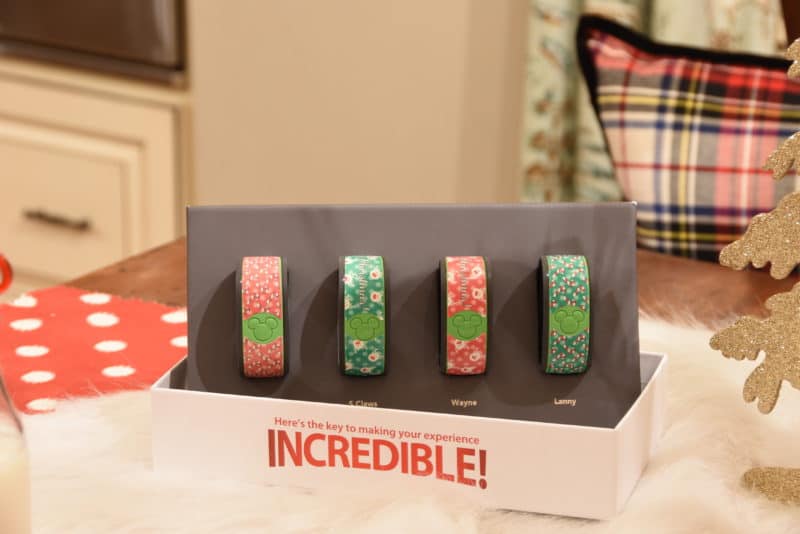 And I made them Christmas autograph/picture books.  This is the first trip in ages that my own kids actually had completed books.  They usually end up with unbound pages as I run out of time :-) 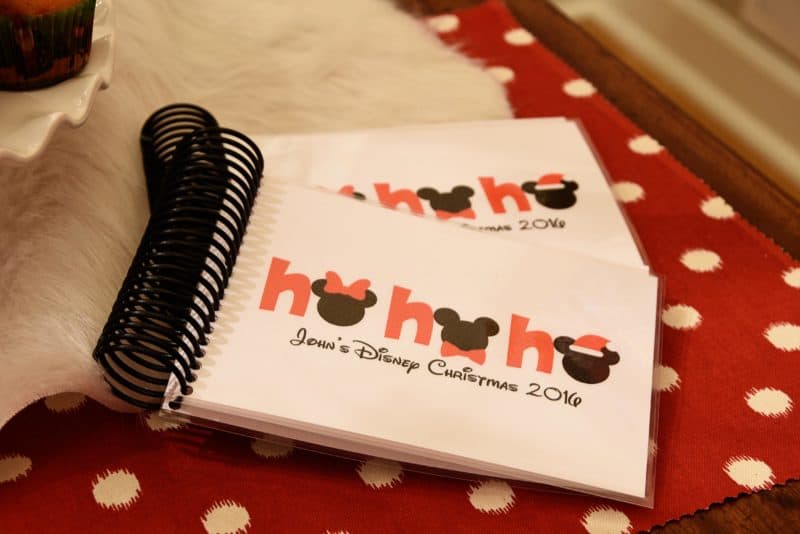 They were over the moon excited!  And I was excited that they still love this surprise… even though we’ve taken them the last few years this very weekend between their birthdays.  It’s a fantastic time to go – low crowds, great weather, CHRISTMAS!  And, I figure next we will have to be much more discriminating about missing school (middle school… waaahhhhhh) so I don’t know what the future holds. 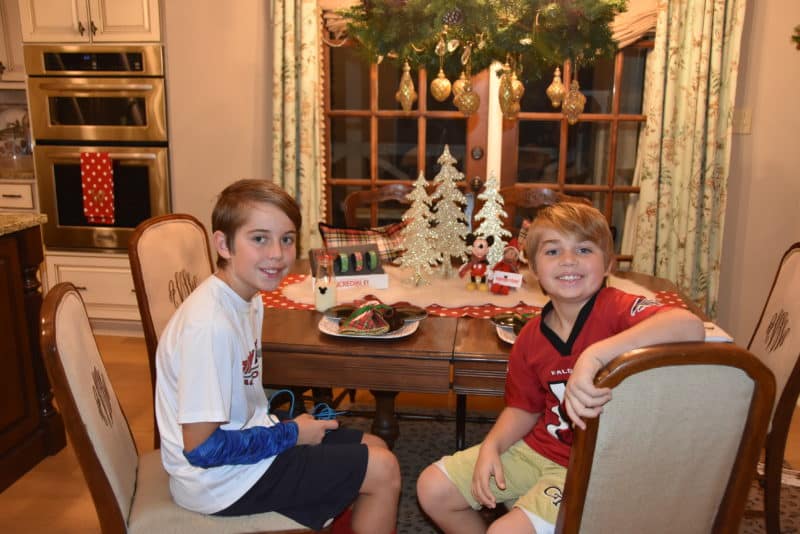 As far as the rest of the month for the elf, well….. every year I say I’m going to step up my elf game, but Scout is pretty tame (on the verge of boring).  It never fails that I pop up from near sleep each night and have to run downstairs to move him to his next lame location (he’s on a pile of cookbooks in the kitch right now…. after moving from the banister yesterday).  Maybe in a few years the boys can hide him for us!!  Hmmm…..

Elf on the Shelf  |  Birthday Outfit  |   Happy Everything Plate

All things Christmas  |  Parties and other Elf Ideas