What I’m about to share with y’all is the scariest thing I’ve written in the seven years and 2,370 posts I’ve completed since I started Dixie Delights.

Today is my 19th anniversary as an employee of The Coca-Cola Company, and today is my last day.  Deep breath. 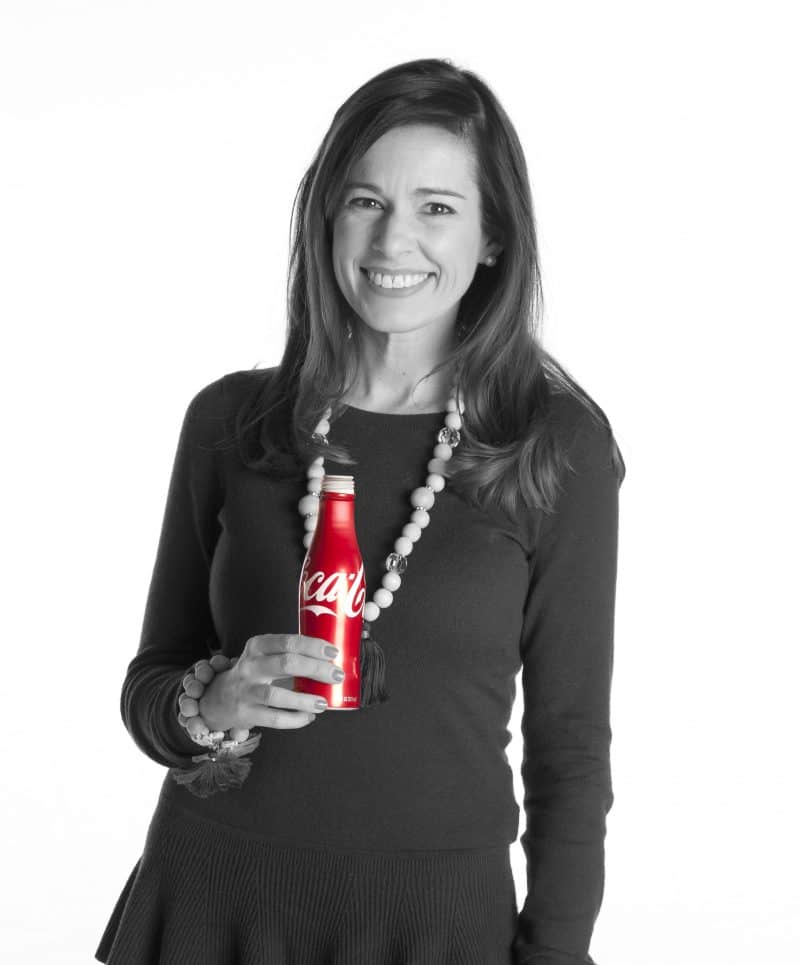 I have known this day was coming since mid-March and believe me when I tell you that I’ve run the full gamut of emotions in that time.  I’ve felt overcome with joy, only to find myself incredibly fearful of what the future holds the next minute.  I’ve felt so immensely proud of my 19 years at the company I love most in the world, and also like a complete failure that I will no longer have a role there.  I’ve felt so excited for the opportunities that lie ahead, and then wonder how I will even know myself without Coke.

I started at Coke when I was a senior at Georgia Tech and it has been a significant part of my life, for almost half my life.  I was only 22 years old when I started in 1998 and its the only job I’ve ever had.  Not to mention, I truly love The Coca-Cola Company.  You may recall the story of how I came to work there…

I will never forget the day that Daddy-O said goodbye to me on the stoop of Cloudman dorm at Georgia Tech.  I acted brave and he did too.  (But I’m certain we were both terrified.)  The last thing he said before getting the car and leaving me for the first time in my life was “Work very hard and do your best.  And maybe, just maybe, one day you could get a job right across the street.”  If you are familiar with Georgia Tech or Atlanta, you will know that place he spoke of was the world headquarters of The Coca-Cola Company.  That moment stuck with me for four and half grueling years.  (It was fun but it was super hard.)  And, in the middle of my senior year, my best Sigma Nu friend and Coca-Cola intern (now VP) called me up and said his group needed another intern.  To be honest, I really wasn’t interested in adding a job to my plate, but I’d grown up loving Coca-Cola more than any brand in the world, so I went for it…and got it!  It was with tears in my eyes that I called up Daddy-O and said “You’ll never believe what happened.  (I’m sure he immediately panicked based on all the other calls he received that started with that line.)  Remember how you told me that if I worked really hard I might be able to get that job across the street?  Weeellllll…. I GOT IT!!!!!!!!!!!!!!!!!!!!!  I got a job at Coke!!!!!!!”

So, you can probably imagine how hard it was to tell Daddy-O that I lost that job at Coke 19 years later.  As many of you know, after working full time for eight years I worked in a job share arrangement for the last eleven years.  It was one of the most incredible, luckiest things that has ever happened to me, affording me the opportunity to do it all – build a career and be a mommy.  The two things I always wanted to do.  I never took a day of my work arrangement for granted.  But sadly, when my job share partner took a new job in mid-March my role was eliminated, effective today.  (Although my last day in the office was yesterday.) 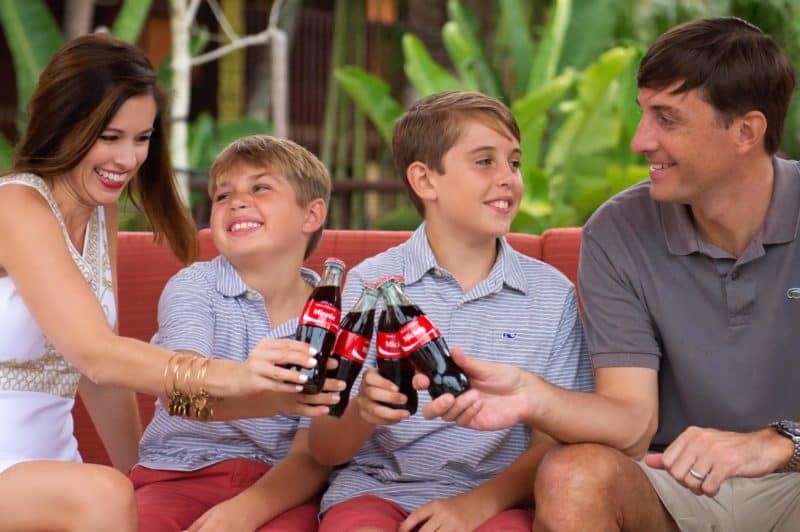 Today I feel a bit nervous for what the future holds, but also optimistic about the path forward.  I’ve always heard that when one door closes another door opens.  And, I realized that in the last seven years I have unknowingly and unintentionally been opening a lot of small doors for myself through Dixie Delights. 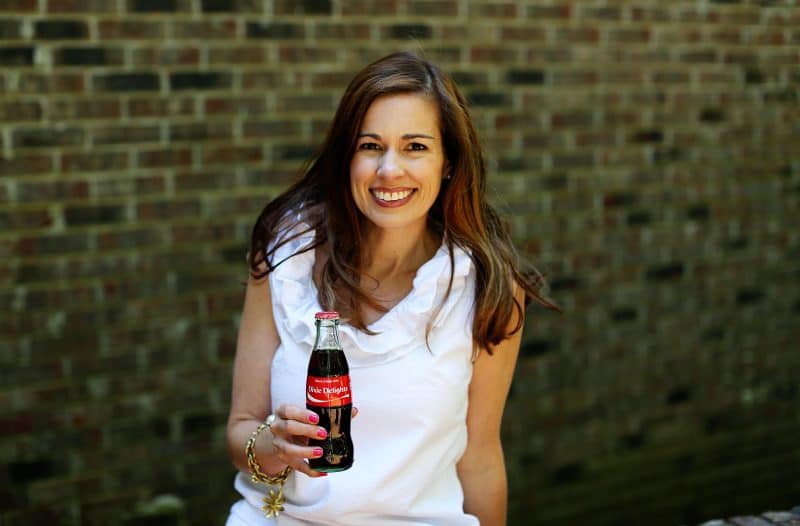 In the immediate term I am going to march forward with the blog, taking advantage of the opportunity to try and “make it” on my own.  Honey has been so incredibly supportive of this that more often than ever I am wondering how I got so lucky.  I have a few potential contract jobs on the table and one big thing I really want but don’t have much of a chance at getting (I know that’s vague but say a little prayer). 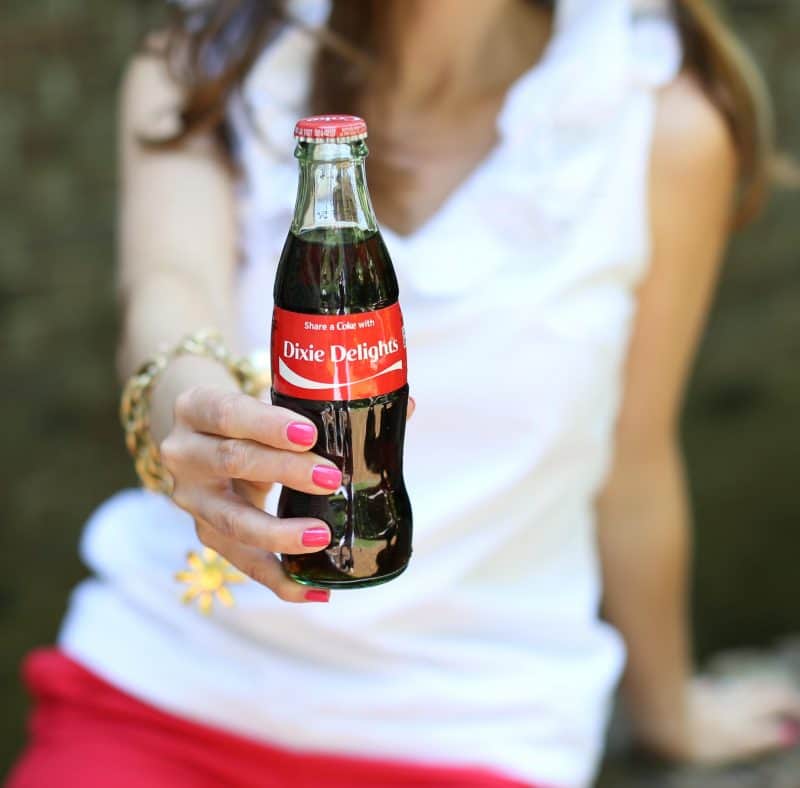 I want you all to know that your love, support, following, comments, emails and interaction have been paramount in getting me where I am today both personally and professionally.  And for that I am immensely grateful <3

With that, I invite you today to share a coke with Dixie Delights!

Hop on over to Share a Coke for your own personalize bottle!

By dixiedelights | Filed under Uncategorized | Tags: Coca-Cola, I have no tag for this