I mentioned a couple of weeks ago that Whit has moved into his own room after sharing his brother’s since the very first night he came out of his crib.  John’s one ask before middle school was to trade in his twin beds for one big one.  We are moving down that path slowly but surely and before I dismantle this sweet room, I wanted to give y’all one last look. 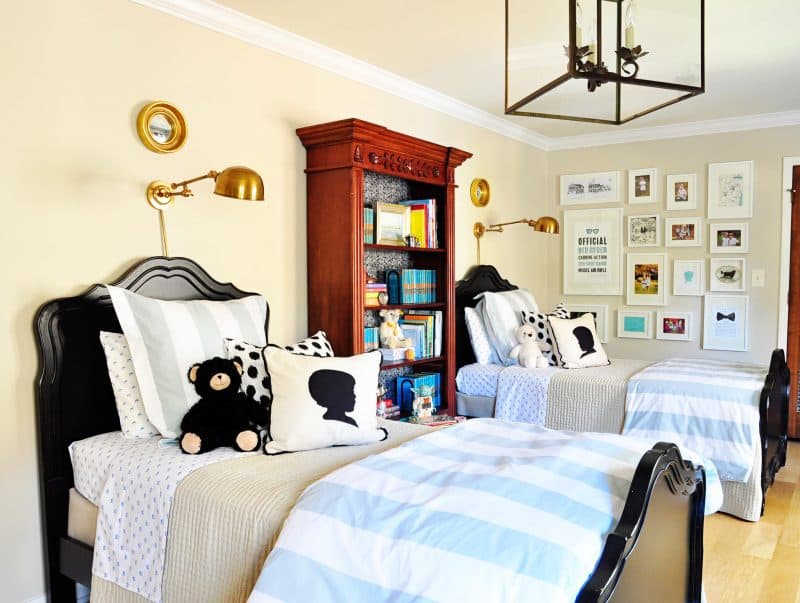 The room was originally two, but a previous owner took out the wall between them to make one giant room. 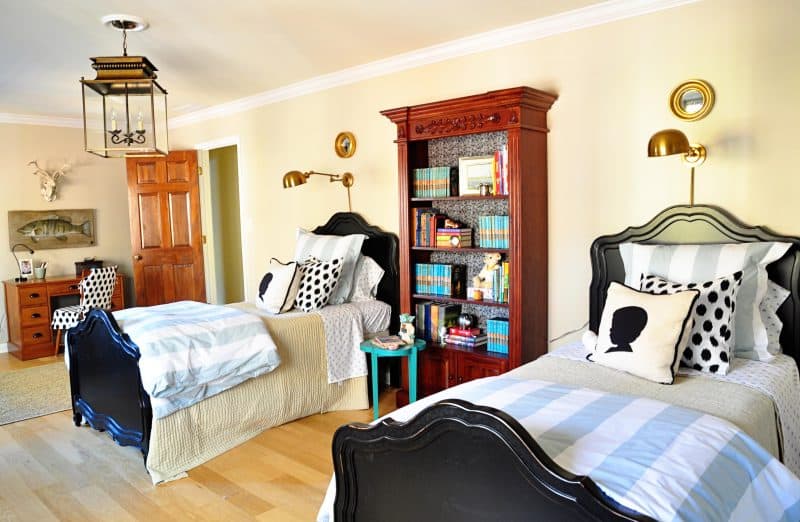 I bought these twin beds when John was two and love them so much that I won’t be parting with them.  I don’t generally hang on to things with no immediate purpose but one day I might have some grands that will want to sleep over.  Right?! 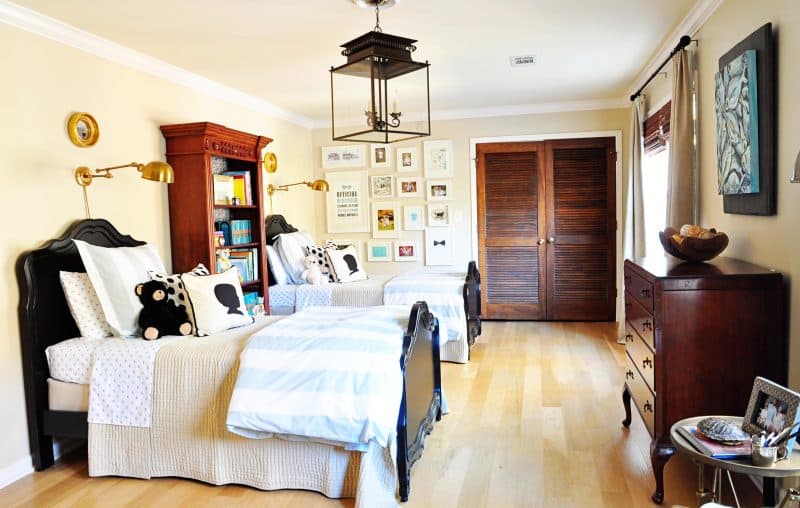 Most of the room will stay the same.  He is still happy with the decor.  I actually ordered him new bedding but we realized that the quilts he’s been using are queens and the twin duvet will look fine folded at the bottom of a bigger bed so we decided to keep them and save a lot of money.  This rug has been gone ever since someone got sick one fateful night. It was way too small anyway and I am finally going to splurge on a rug that fits the room. 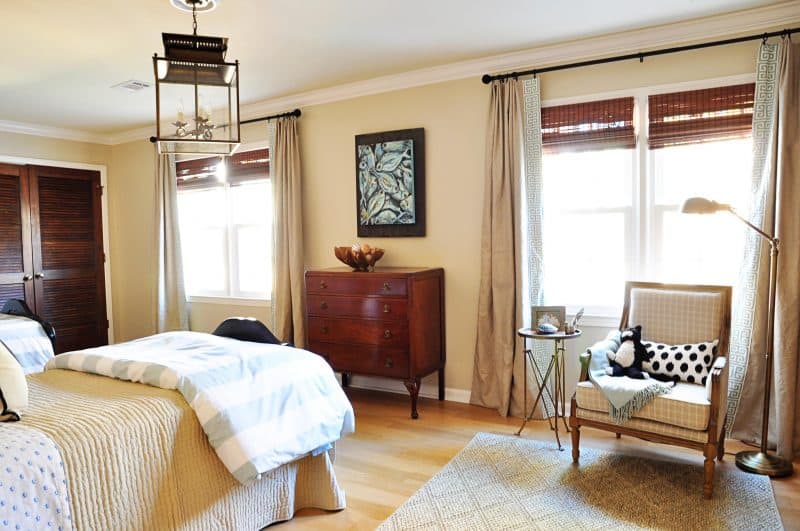 The silhouette pillows will probably get moved downstairs, but he is keeping the stripes and ikat dots.  The bears have been tucked away already.  He loves these sheets and we ordered them for the new bed already. 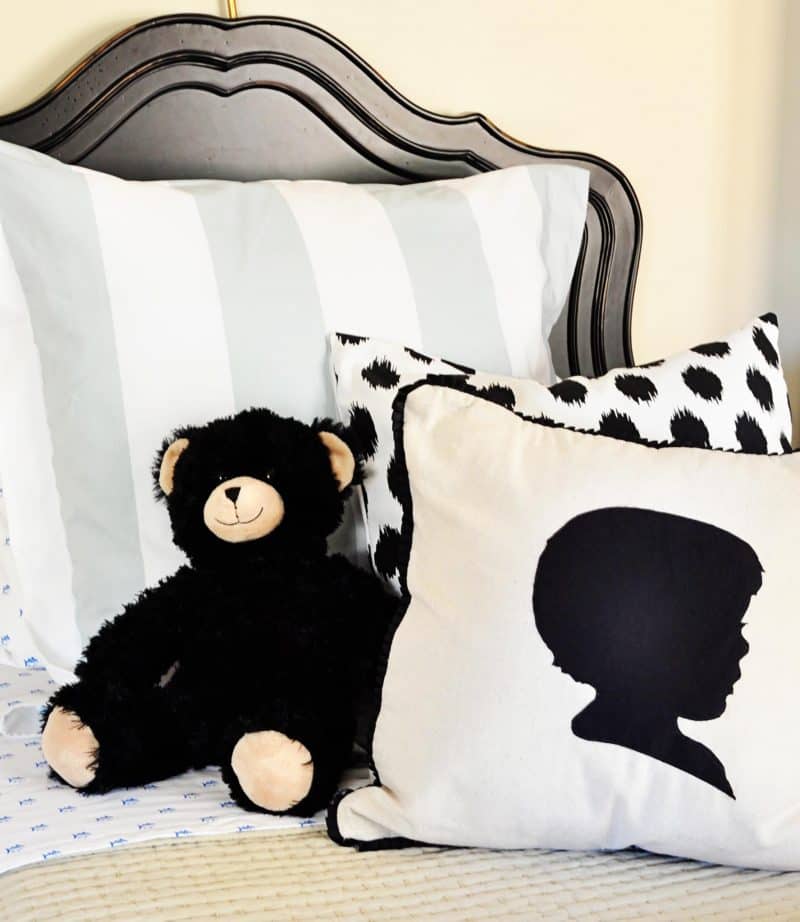 The light fixture won’t work with just one bed and he would like a ceiling fan so I think we will go that route.  I’ll probably move the two reading lights to hang on each side of the big bed.  Honey is thrilled to patch all these holes. 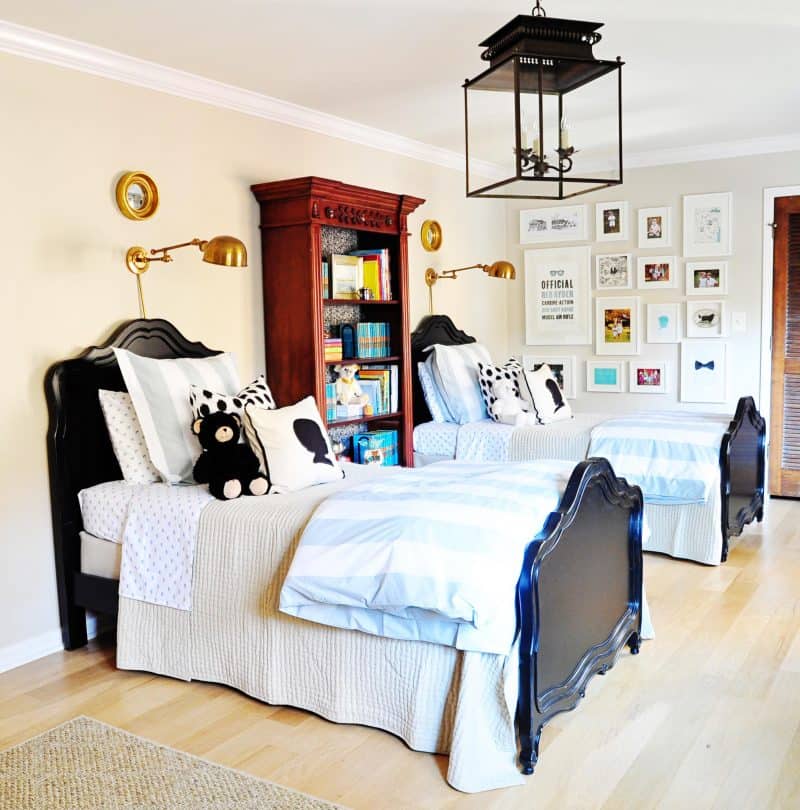 I am pretty sure that we will relocate the desk to double as a bedside table and then move the bookcase here on this wall.  I hate the color of that bookcase so I might paint it.  If only Mother would come to town and help.  She’s the best do-er of all.  (hint hint)  Speaking of Mother, this was her childhood desk.  She passed it down to me and now I have passed it down to John.  Three generations of love… 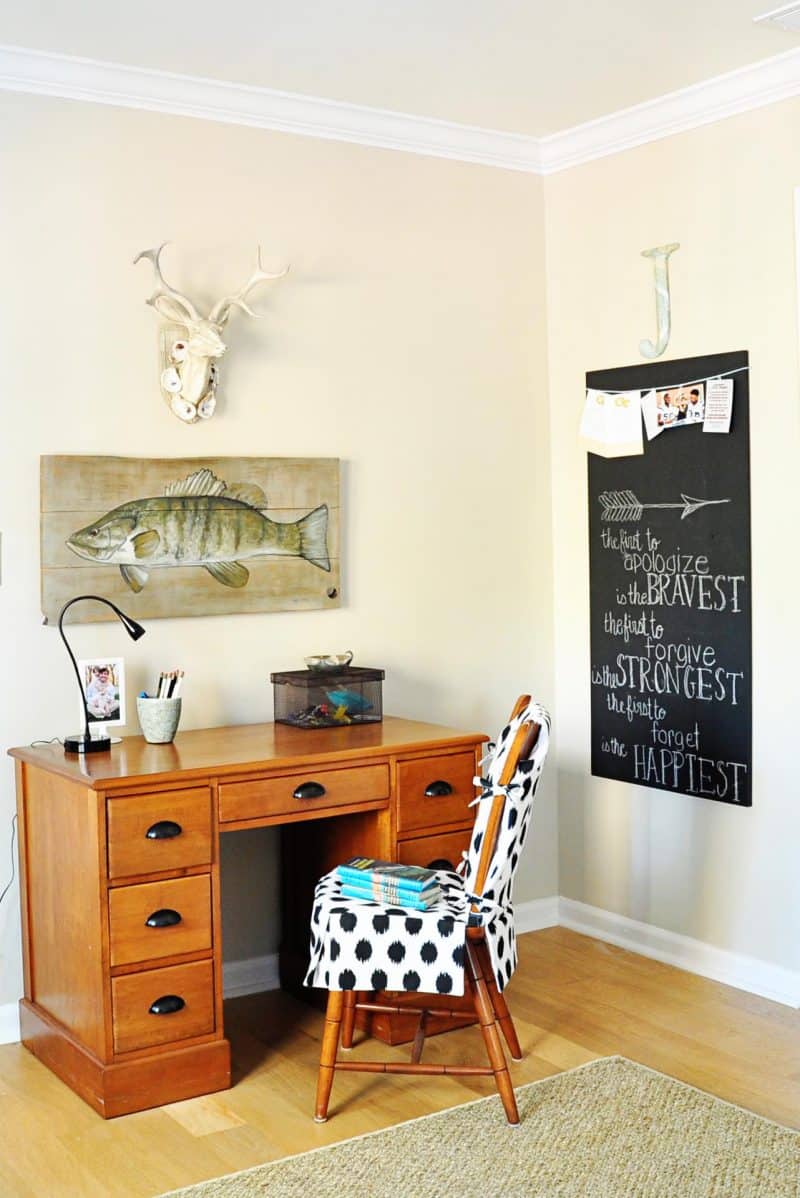 Since we scrapped our original plan of a FULL redo to just an update, we are hoping to add a really comfy chair, a bean bag and a mini basketball hoop to the tween space.  I’ll share all of the details along the way!!

You can find all of the sources and many more details on his room in this post that I wrote pack in 2012.  Can I just say that those five and a half years flew by?!

Last but not least, I am wishing Mother and Daddy-O a HAPPY Anniversary today!!!!

18 thoughts on “Last Look at the Brother’s Room”