As promised the other day, there is a long story around how this night unfolded.

When we were at Disney on fall break, the place where we board Elsa (Atlanta Dog Spa) emailed us from Elsa telling us what a great time she was having with her picture attached.  Yes, that is the amazing kind of place this is!  I showed the email to Whit and it made his day.  He was thrilled.  He immediately wrote back to her and then proceeded to check email on my phone constantly for a reply.

He was doing just this when an evite came in from the dog spa requesting Elsa’s attendance at their annual “Howloween Party.”  If he hadn’t been the one to see this when it came in, I would have deleted it without a second thought.  (I’m awful.)  He asked if we could go and, honestly, I could only think of every reason why we couldn’t.  It’s a school night.  It’s 40 minutes away from home.  It doesn’t even start until 7.  It’s baseball tourney time and he’d probably have a game.  His brother will probably have a massive test.  Or three.  We already have to do something the next night.  I’m tired.  We won’t know anyone there.  I’m not really a dog person.  (I know.  I’m being honest here.)  And so on and so forth.

As it turned out, he did end up with a tournament game that night – one that would likely be the end of their season.  When it was scheduled just three days before the Howloween Party I told Whit that he could choose what to do.  (And I was slightly nervous that Honey would get on to me for this.  I mean, it is baseball after all.)  He took some time to seriously consider his options and he came back to me with this… “I have played a lot of baseball games before but I’ve never been to Elsa’s first Howloween Party.  Also, I don’t want her to be disappointed if she can’t go so I choose the party.”  He has a heart of gold.  Truly.  (Good news, Honey was fully supportive of his choice.)

Whit came home from school the day before the party with a plan brewing for us to dress up as Goofy and Pluto because “Elsa would love that and so would all of her friends.”  She was already going as Mickey Mouse.  I figured if we were going to do this we might as well DO this and so I pulled together our outfits in about 1 hour tops.  You can see them and get the free downloads here >> Easy DIY Pluto & Goofy Costumes 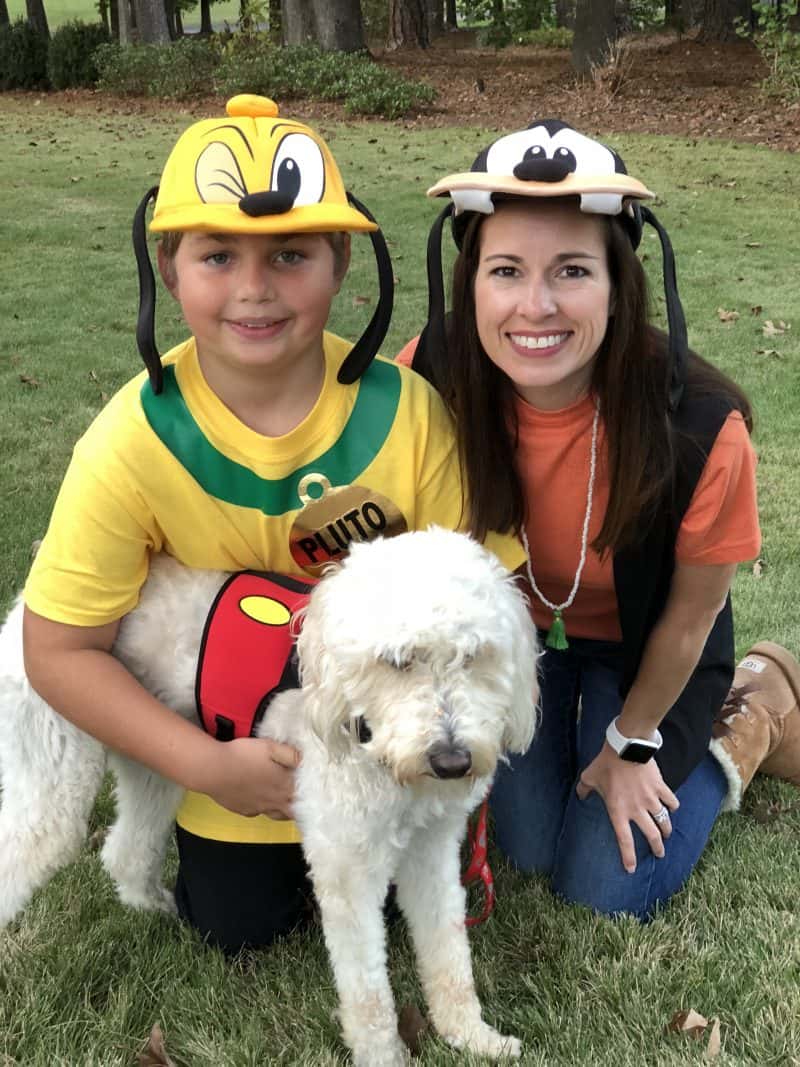 Wednesday was the day of the party and Whit was beside himself with excitement. I tell you what… he is the most even keeled human I know (other than his Daddy maybe) and not much upsets him and not much really excites him.  We got dressed and left home with him giddy and me a little worried about showing up at a dog party in midtown Atlanta at night with my child and puppy where I won’t know a soul.

The event was an EVENT!!!  We were blown away.  There were photographers and tables and chairs and heat lamps and decorations.  A vegan spread and full bar was catered by Soiree.  There was a red carpet costume contest and a insta-famous pup present.  A DJ kept the party hopping.  And, everyone was just so lovely and friendly and inviting. 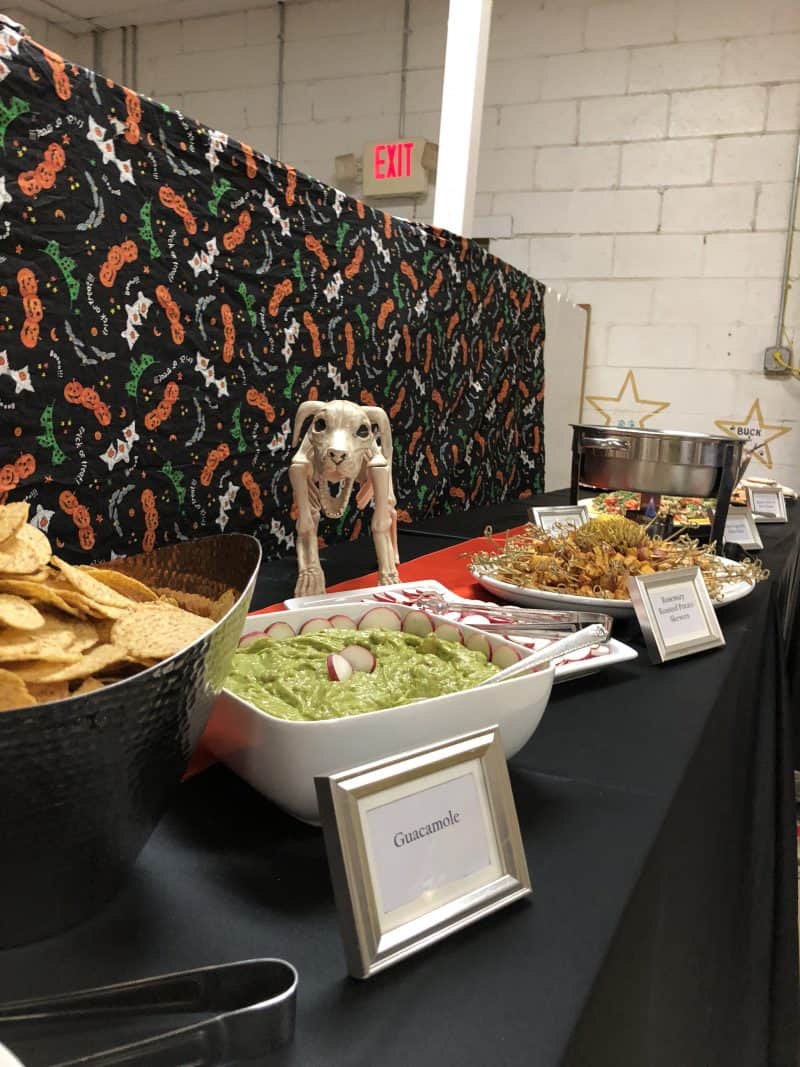 We were introduced to the Atlanta Dog Spa by Sister soon after bringing home Elsa.  After she chewed up Daddy-O’s hundred dollar bills and his prized “original” gold Starbucks card “that they don’t even make like that anymore” at Thanksgiving, I knew I could not bring her home for Christmas that year.  I called around to a couple of places in my area but there was no availability.  Sister had used ADS for their beloved Piper for years and always raved about them.  She saved the day by personally contacting the owner of the Atlanta Dog Spa ON Thanksgiving to see if they could squeeze Elsa in; They were happy to do so and we’ve never looked back.  I had previously boarded her at our vet (where she was in a cage the size of a cat carrier and I had to pay an additional $10 for every half hour I wanted her out of the cage) and two other places nearby me (where they acted like they were doing me a favor by taking her AND she came home nervous and licking her paw once and then with kennel cough the second time).  ADS cost me no more and is 100% worth the hike to get her there and pick her up.  They have true hearts for dogs and take such wonderful care of them.  Sister lost Piper last year and Whit was so happy to see Piper’s gold star on the wall inside.  <3  She is still very loved and missed by our whole family. 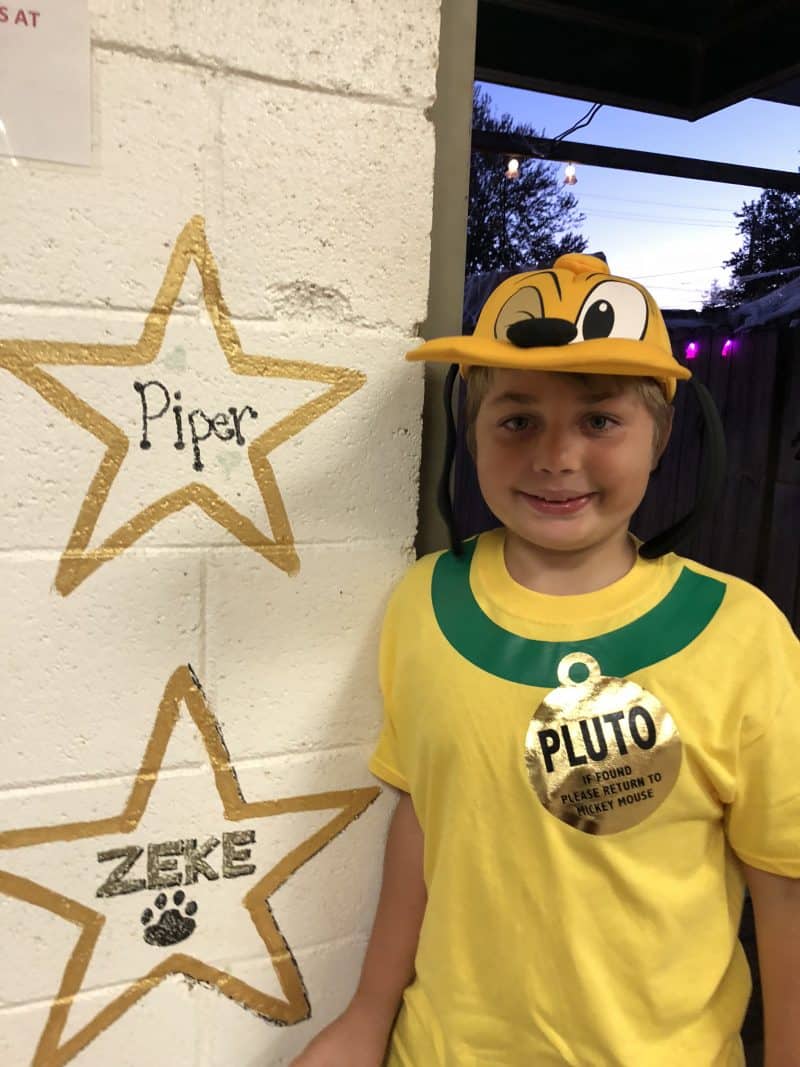 Now, back to the party… Whit was one of two kids in attendance and he grinned from ear to ear all.night.long.  He played with all of the dogs, fawned over the little ones in their strollers, helped the big ones when their costumes came askew, made sure Elsa saw every single thing and thoroughly sniffed all of her friends,  He sneaked her a few bites of his food when he thought I wasn’t looking, ordered too many Shirley Temples, had multiple photos made and generally had a grand old time.   When I tucked him in to bed late that night he thanked me for taking them, said he had so much fun and then whispered “it was the best night of Elsa’s life.”  *cue the tears* 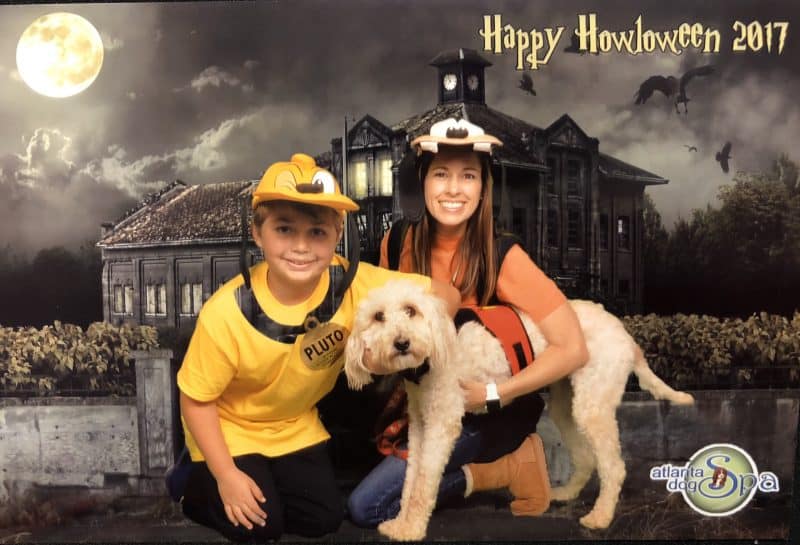 I just want to say that I never envisioned my life as the mom of two adventure seeking, sports loving, energy filled boys but God had a plan for me when he made me their mother.  It is the thing I treasure most in my life, something I try not to take a moment of for granted, and the part of my life that I want to live with no regrets.  Being their mom has opened my mind and heart to things that I never would have done otherwise. (Y’all remember that time I crawled around in a cave?  Or practically killed myself skiing?  Or got a dog?  Yes, those types of things.)   At times I feel like I get the big things right and then fail at the simplest things… like just giving them the $5 to try the scammy arcade games at Six Flags or taking them and their dog to a FREE Halloween party.  I try not to spew advice here because I know I don’t know it all.  But, for the younger moms out there, say YES as much as you can.  And do so with a open mind and joyful heart.  As an adult, it is sometimes hard to understand just how big the little things are to a kid.  This smile and these memories cost me nothing except a few hours of my night… 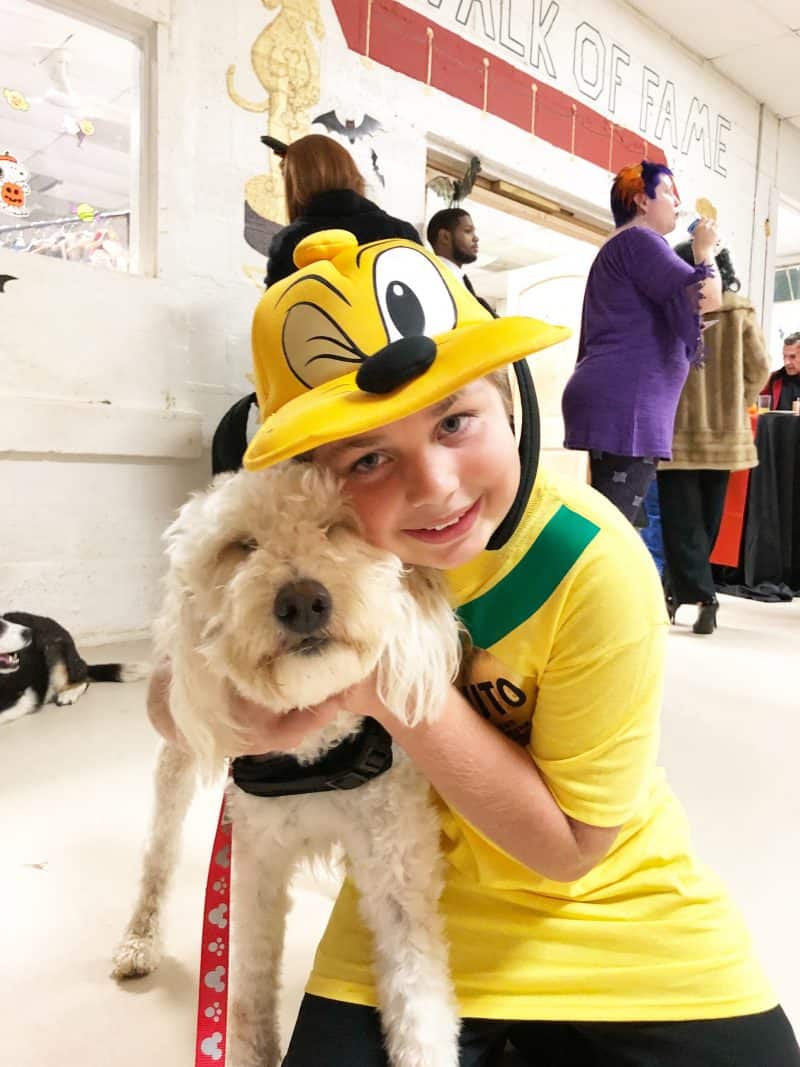 Thank you to the kind caregivers at ADS for the memorable night and for always taking such good care of our girl.

Have a great weekend, y’all!!!

PS. As luck would have it, rain early in the week shifted Whit’s tournament game out by a day and he ended up able to do both!  :-)