Earlier this Spring  I shared my thoughts on The Handmaid’s Tale by Margaret Atwood.  I found the book sad and horrifying and it made me angry.  So, not a glowing review, but I can’t think of any other way to describe it.  Is it worth reading once?  Yes.

Well, I started The Handmaid’s Tale on Hulu in the spring and finally finished up season 2.  Since the Hulu description is lacking, here is the book synopsis.

Offred is a Handmaid in the Republic of Gilead. She may leave the home of the Commander and his wife once a day to walk to food markets whose signs are now pictures instead of words because women are no longer allowed to read. She must lie on her back once a month and pray that the Commander makes her pregnant, because in an age of declining births, Offred and the other Handmaids are valued only if their ovaries are viable.

Offred can remember the days before, when she lived and made love with her husband Luke; when she played with and protected her daughter; when she had a job, money of her own, and access to knowledge. But all of that is gone now…. 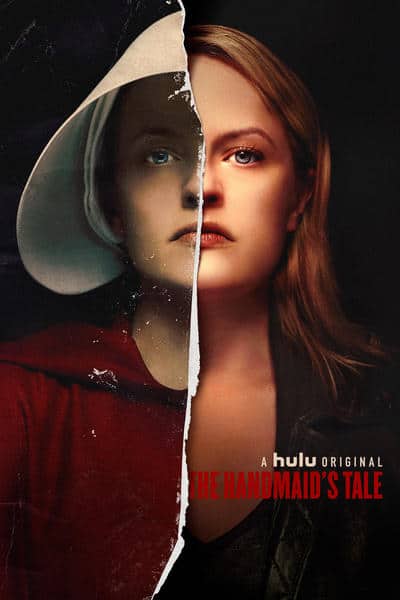 Like the book, the series is dark and dystopian in genre and, while I usually like that type of book, this one is particularly disturbing.  First, because I am a women and I have children.  Second, because I see some major chinks in the armor of society, and I can see how small changes at first for the “good” of society can lead to widespread terror over time.  It’s happened before, and it’s just that which makes the book and series so terrifying.  If you generally like light hearted drama or romance or comedy, this show is not for you.  I can’t say I’m excited for season 3 but rather I just want to see what happens next.  If you have read the book, episode 1 season 1 pretty much ends there so everything after is new content.

If you’ve watched it, I’d love to know your thoughts!  We’ve just started Ozark based on all of your recommendations when I asked after Sharp Objects.  It’s really good and Honey and I are both enjoying it.

Christmas is here!!! I’ve finally got my first h