As all moms of boys (and I’m talking about all of ‘em – age 6 to 96) are likely aware, it’s the most fascinatingly gory time of the year on the Discovery Channel – the 25th anniversary of SHARK WEEK.  My littles have been tuned in night after night, bite after bite and are soaking it all up like little sponges.  I’ve been completely inundated with so many “Did you knows…” and “Can you believes…” that I honestly know more about the alpha male of the ocean than I ever, in all my days, could have EVER wanted to be privy to.

Sooooo…this brings me to the fun little shark inspired spaghetti we dined on earlier in the week.  This literally took no more than a few minutes to throw together and was a meglaodon of a success! 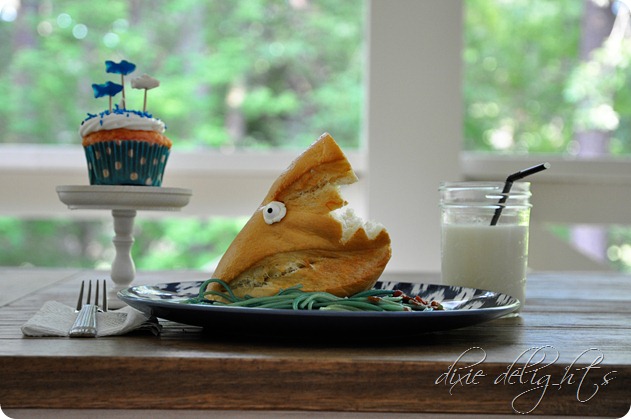 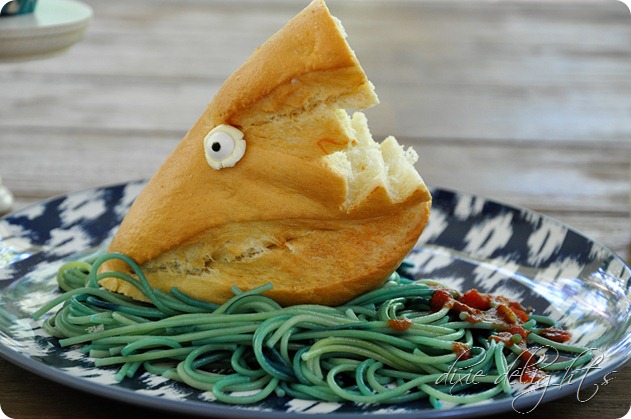 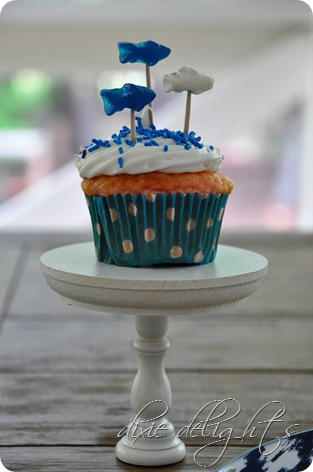 Shark Spaghetti
1. Cook spaghetti according to package directions.  Honey did the grocery shopping this week so we were using white spaghetti rather than whole wheat – which honestly probably worked better anyway.
2. Drain pasta and return to pot.  Add a little olive oil and blue food coloring.  Stir well.  Add more food coloring as needed.
3. Cut loaf of french bread to look like shark teeth.  I used a food safe marker to draw the teeth and then a very sharp knife to cut them out.  I stuck an edible eyeball on (by Wilton) with a dollop of cream cheese. 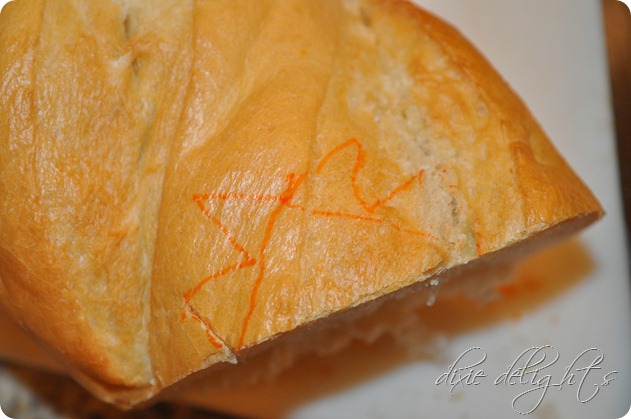 Shark Swarm Cupcakes
I made a box of cupcakes for our first day of school party and froze the extras before icing.  I just popped two out of the freezer for a few hours, iced and decorated with sprinkles.  Stick in a few shark gummies with toothpicks and call it a swarm! 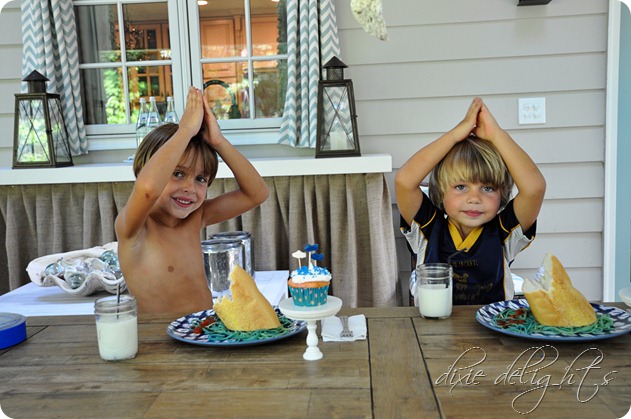 PS. Shark Week definitely gets a bit gory at times.  We watch more of the informational/documentary type shows with the PCP and help explain the things he sees.  We also have an agreement that Mommy can change the channel at any time if it gets to be too much for her :-)