I mentioned in my last big boy room progress report that I framed a copy of the Savannah River and Wassaw Sound nautical chart (procured from River Services in Savannah) in the gallery wall. 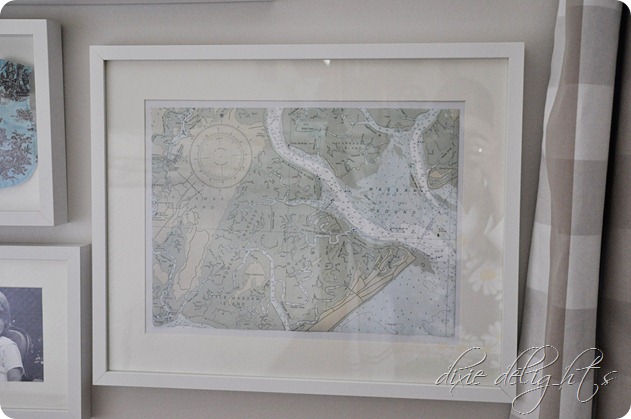 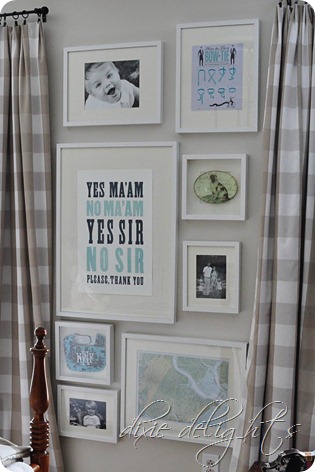 Weeelllll, the original ended up inside the secretary – I cut it down to size and used glue dots to adhere it to the back of the piece in about three minutes.  I love love love the look.  (And must totally give Sister and Mother props for mapping out their respective secretaries first.) 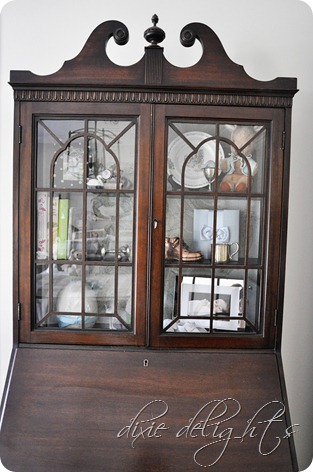 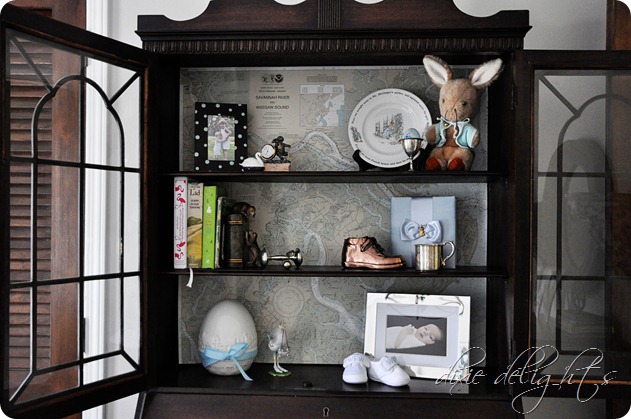 Buuuuuut, before I cut the map, I hauled it off to Kinko’s to make a few color copies.  I wrestled with the darned thing for about fifteen minutes to get a handful of copies of various parts of the map.  (Though that fifteen minutes included deciphering the machine’s gazillion buttons and options while trying to keep the baby from pinching his preciously fat fingers in the swinging waste compartment built into the cabinet AND trying to carry on a coherent convo with K from Supper Club who also just so happened to be spending her Saturday at the Kinko’s.  Happenin’ place.)  The baby “helped” me modge podge the copies to the gold “W” (Hobby Lobby) that was in his nursery.  We cut the copies into manageable pieces and just followed the instructions on the bottle.  It took no time at all and is one of my favorite details in the room! 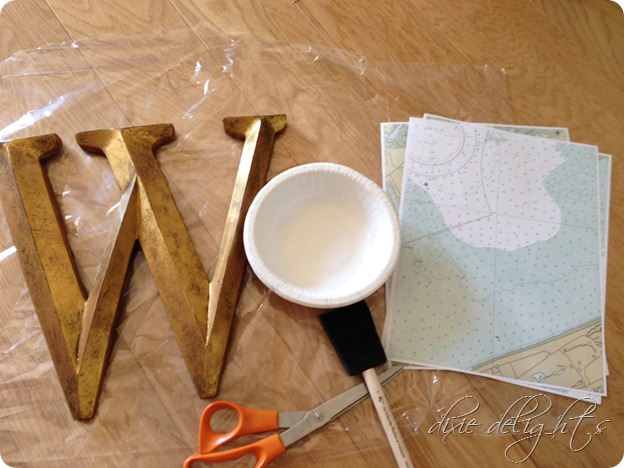 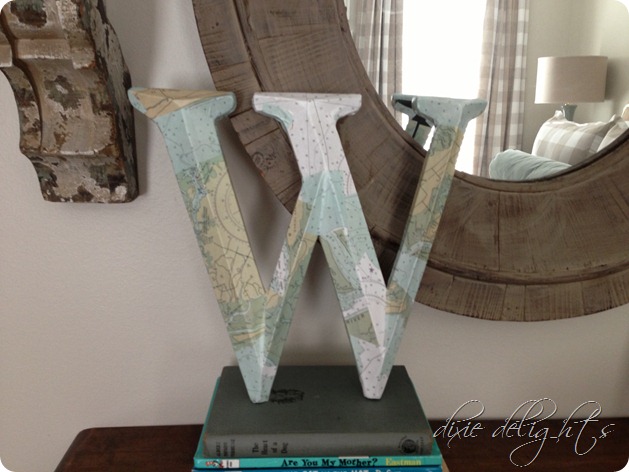 Flattered for the feature at Craft Gossip!

14 thoughts on “Mapped Out”