In this fairly new interactive game only available in the Magic Kingdom, kids of all ages are invited to become an apprentice sorcerer and help the wizard Merlin fight the forces of evil…

Hades, god of the Underworld, is looking to make Magic Kingdom park his new summer home. But first, he must reassemble the Crystal of the Magic Kingdom, whose 4 shards are scattered in hidden locations throughout the park. A brigade of Disney baddies is helping him retrieve the pieces, and it’s up to you to stop them!

You can join the squad of apprentice sorcerers at the Firehouse on Main Street or behind the Ye Olde Christmas Shoppe in Liberty Square.  It’s free and is included with admission.  That being said, it takes the better part of a day to complete a level and requires a great deal of walking.  We’ve only actually played once on our last trip when we had enough days in park to spend one this way :-)

That being said, the PCP and the baby alike LOVE collecting and pouring through their sorcerer cards… something they’ve done almost daily since we started last December.  The Emporium sells a rather large and pretty pricey binder for collecting cards, but I was on the hunt for something much smaller that would fit in our back pack when we go to the park.  I purchased these books for them from this ebay seller and couldn’t love them more!  You can have them personalized for no additional charge. 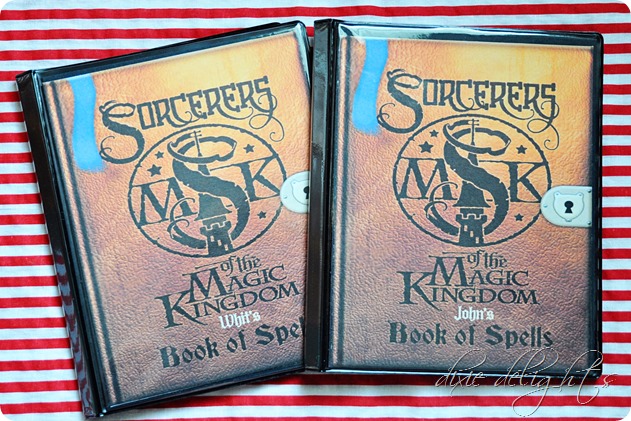 There are enough spaces to fit all of their cards, and room for the ones we don’t yet have.  They have been very durable thus far.  My only complaint is that they baby has a tendency to drop his and hold it upside down and the cards do slide out a little.  It’s not been an issue with John. 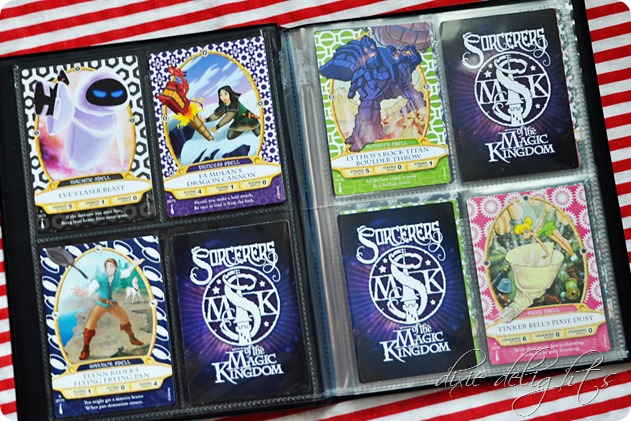 These books were the “Messages from Mickey” surprise treat on the day we went to Magic Kingdom.  I think they were the favorite gift ever from the mouse :-)

Click here for everything Disney!
Ask your Disney questions as a comment here and look for a Q&A to come!
By dixiedelights | Filed under disney, Uncategorized | Tags: Disney, magic kingdom, SOTMK

One thought on “Sorcerers of the Magic Kingdom”