Since we’re back home a few days earlier than intended, we made a pact to do nothing but have fun and spend time together.  (My “fun” time was spent at the grocery store and doing laundry.  LOL)  And since we’re on a serious count down to school, it’s high time we tick the last few things off of our summer bucket list.  Hence tonight’s Sunday Supper of homemade pizzas, ice cream and magic shell!! 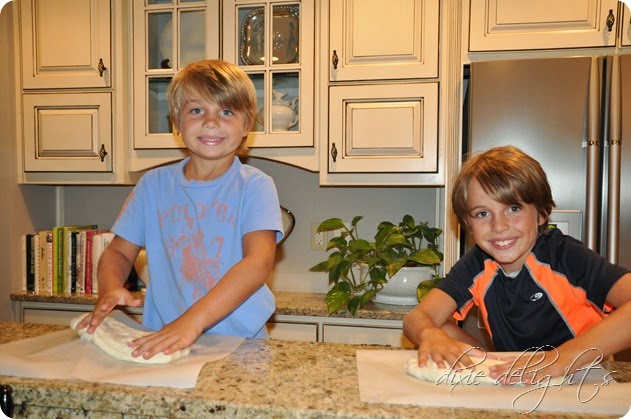 We had such a fun time with the pizzas.  I bought two bags of dough from the bakery and cut each in half so that we had individual pizzas to work with.  We made a quick list of toppings this morning and I cut everything up in advance. 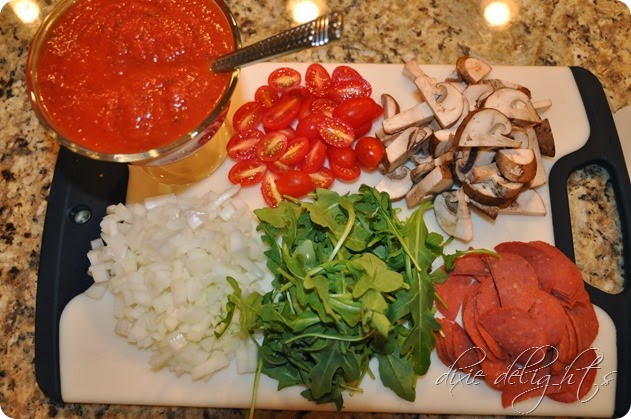 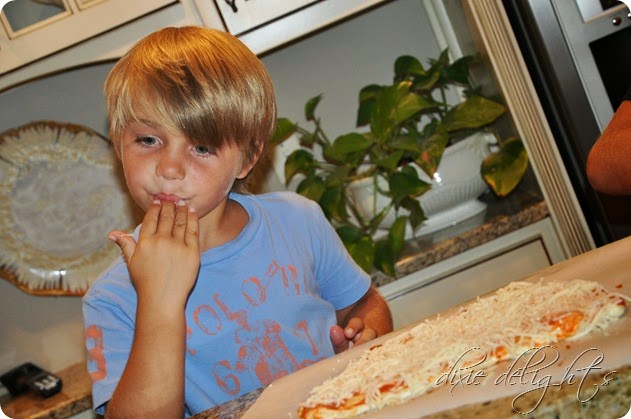 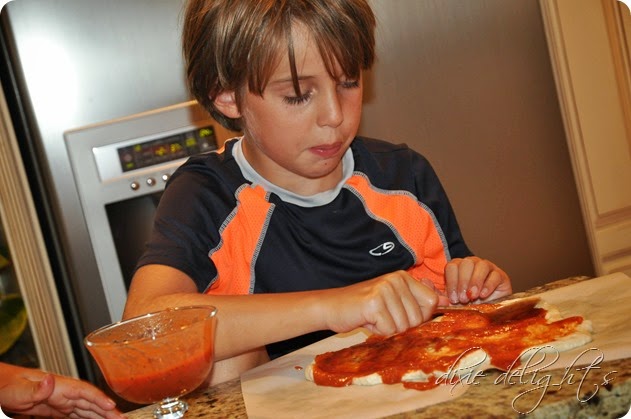 It’s nights like this when I’m in love with my convection oven.  I really wanted Honey to cook them on the Big Green Egg (it’s SO delish), but we were all starving and ready to eat. 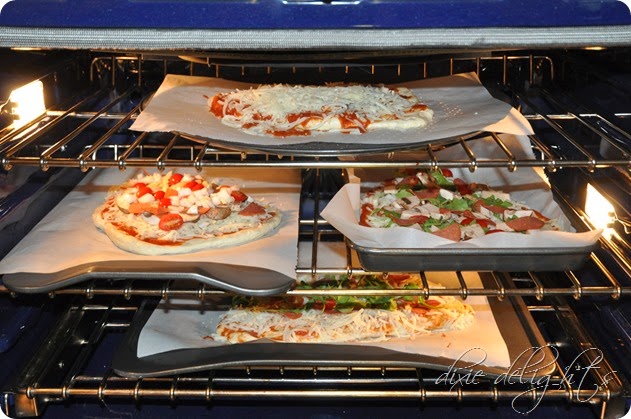 They were SO SO yummy and we have leftovers for tomorrow night.  Yeehaw! 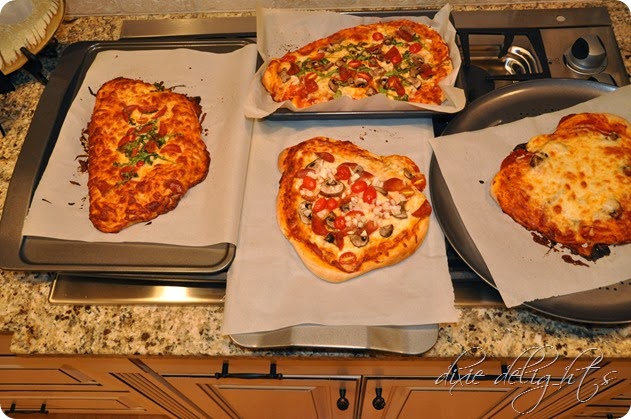 Earlier in the day we set to work making homemade ice cream and nutella magic shell.  I’ve been dying to try the Goat Cheese Ice Cream with Roasted Cherries from Jeni’s Splendid Ice Creams at Home and it certainly did not disappoint (much like Jeni’s over on the Westside – always delish).  It’s decadent and rich and just the right amount of sweet.  Honey was scared to try it, but three scoops later (hello, tummy ache) was smitten. 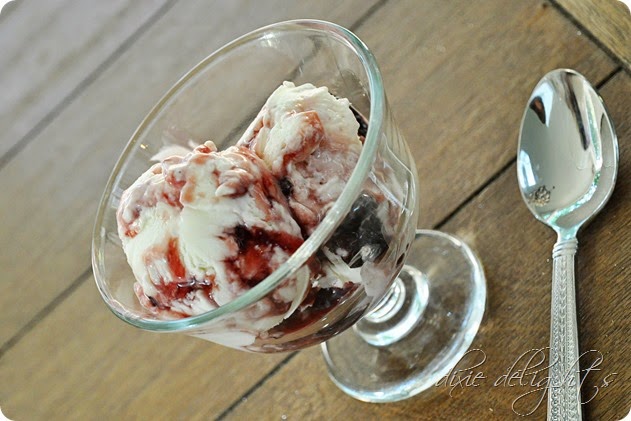 1. Mix about 2 tablespoons of the milk with the cornstarch in a small bowl to make a smooth slurry. Whisk the goat cheese, cream cheese, and salt in a medium bowl until smooth. Fill a large bowl with ice and water.
2. Combine the remaining milk, the cream, sugar, and corn syrup in a 4-quart saucepan, bring to a rolling boil over medium-high heat, and boil for 4 minutes. Remove from the heat, and gradually whisk in the cornstarch slurry. Bring the mixture back to a boil over medium-high heat and cook, stirring with a rubber spatula, until slightly thickened, about 1 minute. Remove from the heat.
3. Gradually whisk the hot milk mixture into the cream cheese mixture until smooth. Pour the mixture into a 1-gallon Ziploc freezer bag and submerge the sealed bag in the ice bath. Let stand, adding more ice as necessary, until cold, about 30 minutes.
4. Pour the ice cream base into the frozen canister and spin until thick and creamy (20 minutes for me). Pack the ice cream into a storage container, alternating it with layers of the cherries and ending with a spoonful of cherries; do not mix. Press a sheet of parchment directly against the surface, and seal with an airtight lid. Freeze in the coldest part of your freezer until firm, at least 4 hours. 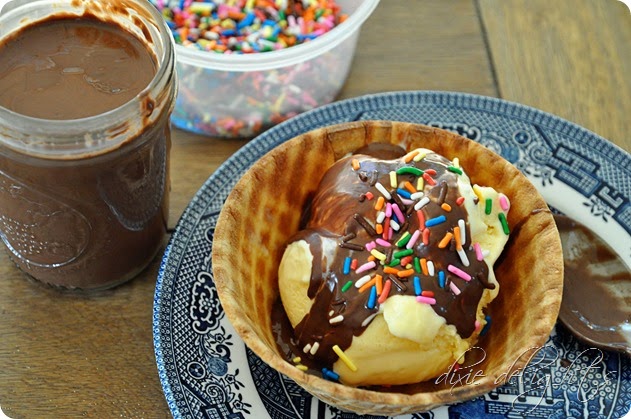 1. In a small bowl, combine Nutella and oil.  Microwave for about 20 seconds until you can easily stir.
2. Pour into a small mason jar and store at room temperature.  If it solidifies in storage, microwave for a few seconds to liquefy before pouring on top of ice cream. 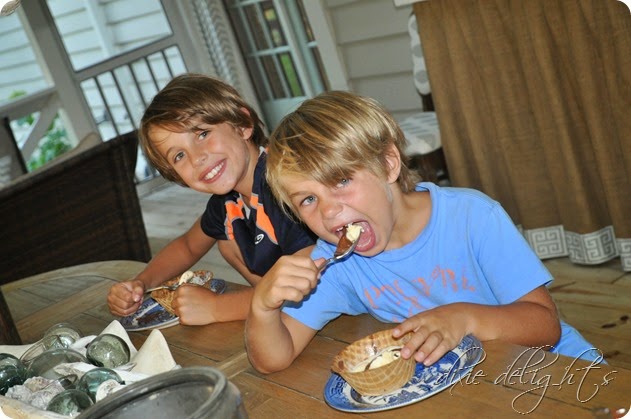 I’m backtracking a bit, but I spent the afternoon hanging with the Class of 2027 at the baby’s Kindergarten Social.  He hid behind a bench for the first fifteen minutes until his little friend C showed up.  I wanted to just pick him up and bring him home forever, sweet shy boy.  I think this outing made me more nervous than ever about him starting school. :-( 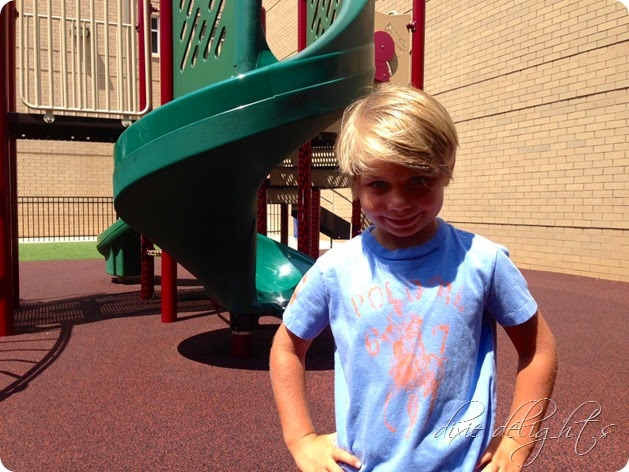 Speak of the devils, I can hear that they are still awake and suppose it’s high time I go in there and lay down the law…
xoxo