On Saturday morning I went for my usual walk around the neighborhood and felt a little crampy in the belly afterwards.  No big deal.  I mean it’s a 3.5 mile loop and pretty hilly.  I had my coffee, hung out with the fam, went to the grocery store and helped little Whit make homemade cookies for Elsa.

I made lunch for the crew but really wasn’t hungry, which is odd.  I kind of choked a few bites down and then gave up.  My tummy had started hurting again.  I laid down on the sofa, which is the oddest thing of all and caught up on Astronaut Wives Club (so good, by the way.)

We had amazing seats to the Braves game later in the evening and Honey had to wake me up to start getting ready.  I got up off the sofa but ended up in my bed upstairs.  At which point he said if I feel this bad, the heat at the game will only make it worse.  So off he and the boys went.  Things can change in the blink of an eye.

By the time he got home I was nearly delirious.  My stomach was hurting so badly and all I could do was lay down and moan.  Every time I got up (darn that Elsa) I threw up.  The pain was intense but sharpest on the right side of my abdomen.  I kept thinking I just had a stomach bug, but by the time Honey had the boys in bed he had already started packing a little bag and had called our dear neighbor next door to come sit with the boys.  I was hurting so badly I barely even remember seeing her.  (Although I do remember thinking how terribly messy my house was and being a little embarrassed.)

Honey loaded me in the car and we were off to Northside.  Riding in the car was horrific.  At some point I crawled in the back seat to lie down.  Honey made a wrong turn and we ended up at the St. Joes ER.  He rushes me in, I’m literally screaming for help and can’t stand up.  They have us wait in a line at the desk and then tell Honey I will be 6th in line.  I can hardly talk at this point but tell him I can’t wait.  He packs me back up in the car and takes me to Northside where they are much more welcoming and say I’m next.

As soon as I get in a room in the ER they get me on an iv with fluids. nausea meds and pain killers.  The DR asks a few questions, presses on my abdomen and sends me for a CT scan.  Well, let me just say that it wasn’t quite being sent right off.  First I had to drink a huge thermos of some awful tasting liquid that I “can’t throw up”.  Which is torture because when I sit up or stand up I throw up.

After the CT scan, I really really wanted to see the boys.  They had Honey sign all sorts of papers for me and I was terrified.  He went and got them and I was so happy to have a minute with them.  They were pretty scared looking at me though.  I’m not sure it was best for them in hindsight but it made my day.  Bestie M picked them up at the hospital after our brief visit so that Honey could stay with me through the surgery.

Next thing I know they’ve moved me to the OR and I’m having my appendix taken out.  It was pretty scary in the waiting area because I’ve never in my life had surgery.  Like ever!  The last thing I remembered was them taking rolling my stretcher out.  The next time I was conscious (not coherent) a man was standing over me.  Apparently I asked when my surgery was.  He assured me it was over and I did fine.  Then I was very persistent about wanting to know where the appendix is now and what they had done with it.  Haha!  I guess my delirious self had plans to bring it home.  Or maybe I didn’t believe it was over.  I slept most of the day afterwards. 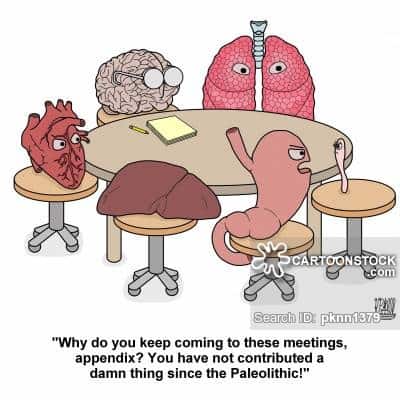 As soon as I was more coherent, I realized that I had absolutely zero pain on the right side where the appendix was.  However, I’m in a crazy amount of pain on the left side and belly where they made the incisions.  Ouch!  But still, it’s nothing like the way I was the night before.

I was able to come home early this morning.  Of course, I’m still pretty sedated and in a lot of pain. But I got to see my boys before school.  I expect to be in the bed fully for a few days and then I have a post op appointment next week at which point I hope to be cleared to resume living.  At least a little :-)

Sister and Mother are on their way here now to help out the rest of the week.  I’ve got some blog posts in the hopper so you will probably still be hearing from me :-)

By dixiedelights | Filed under Uncategorized | Tags: I have no tag for this

35 thoughts on “Light and Fuzzy”