I’ve been sitting on the best little secret for months on end and almost spilled the beans more times than I can count!  You see, the DIS Unplugged (one of my favorite podcasts) announced early this year that they would be doing their annual “Disapalooza” event at Diagon Alley this year.  I read all of the books before John was born and Honey has read them all three times.  We’ve seen all the movies many times and have been counting the days until we had an “excuse” to head to the Wizarding World of Harry Potter at Universal Orlando.  John had already expressed interest in starting the series so I jumped at the chance for a couple of the exclusive tickets.  The summer got away from us and then most of the fall too, so he didn’t even start the first book until November.  Well, he absolutely gobbled it up and then was thrilled to watch the first movie too.  All the while I was DYING to tell him about our surprise!! 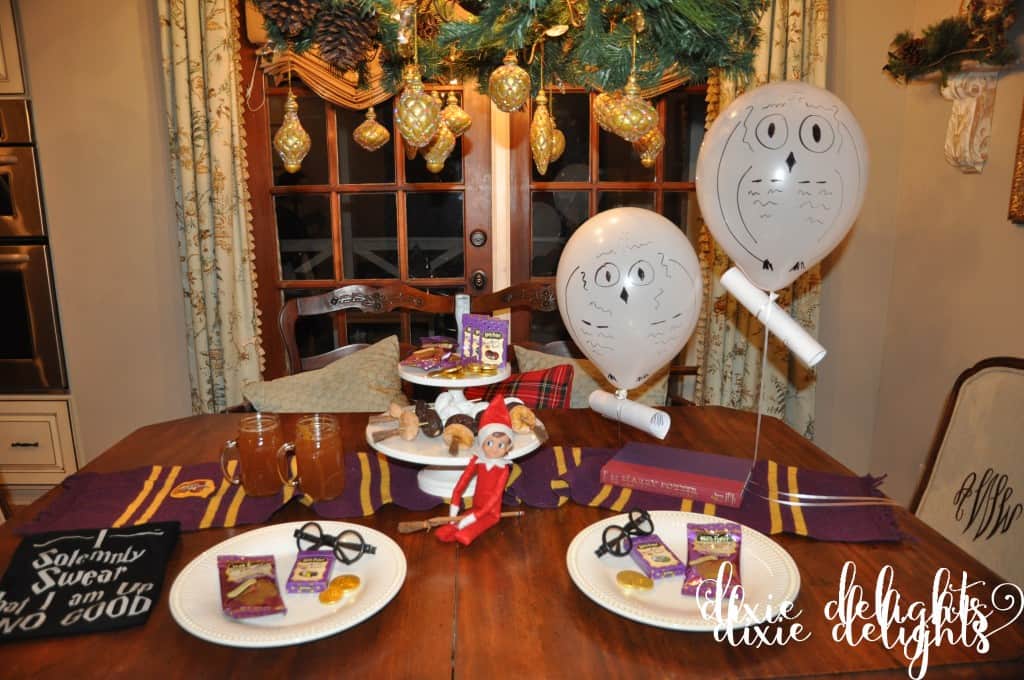 Scout, our trusty little Elf on the Shelf, surprised the boys with a Friday morning breakfast. 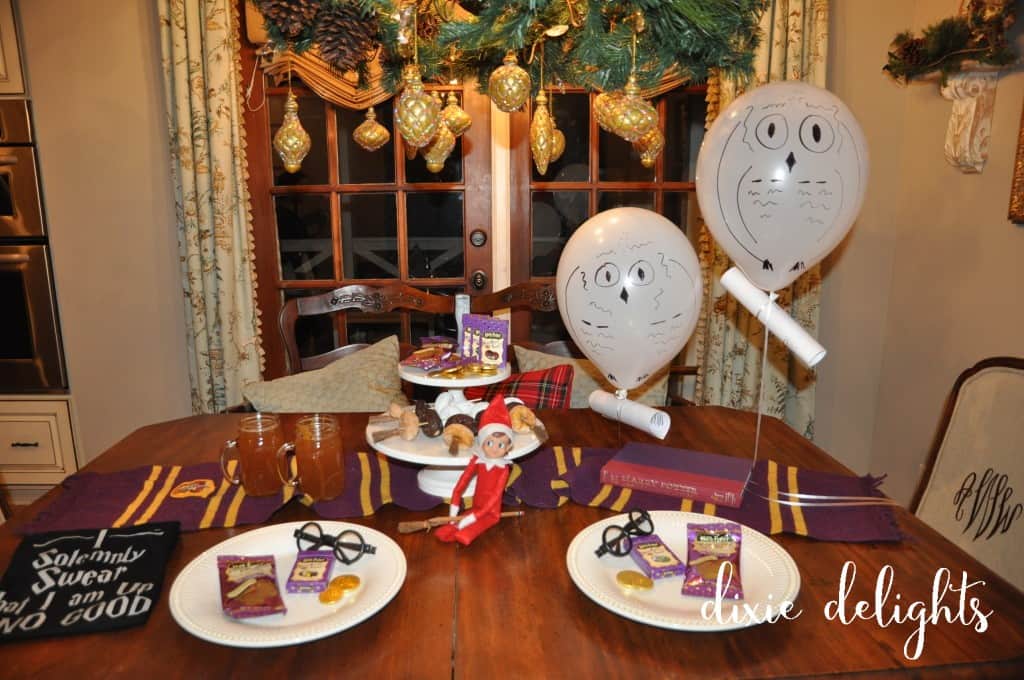 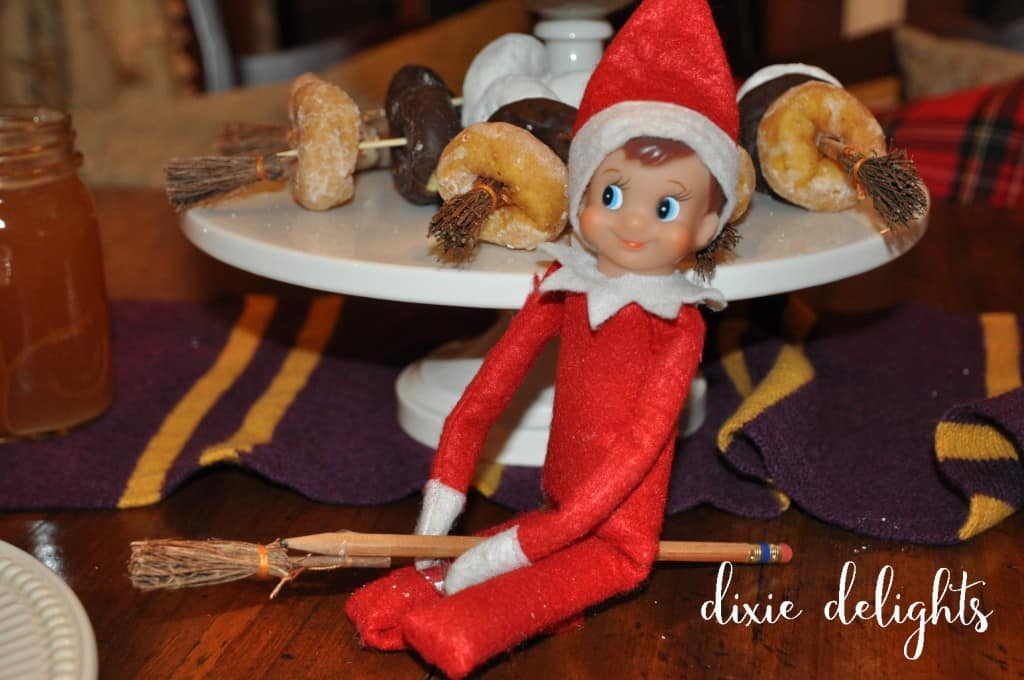 There was butterbeer and mini donuts on broomsticks to eat.  Plus loads of treats of the wizarding sort. 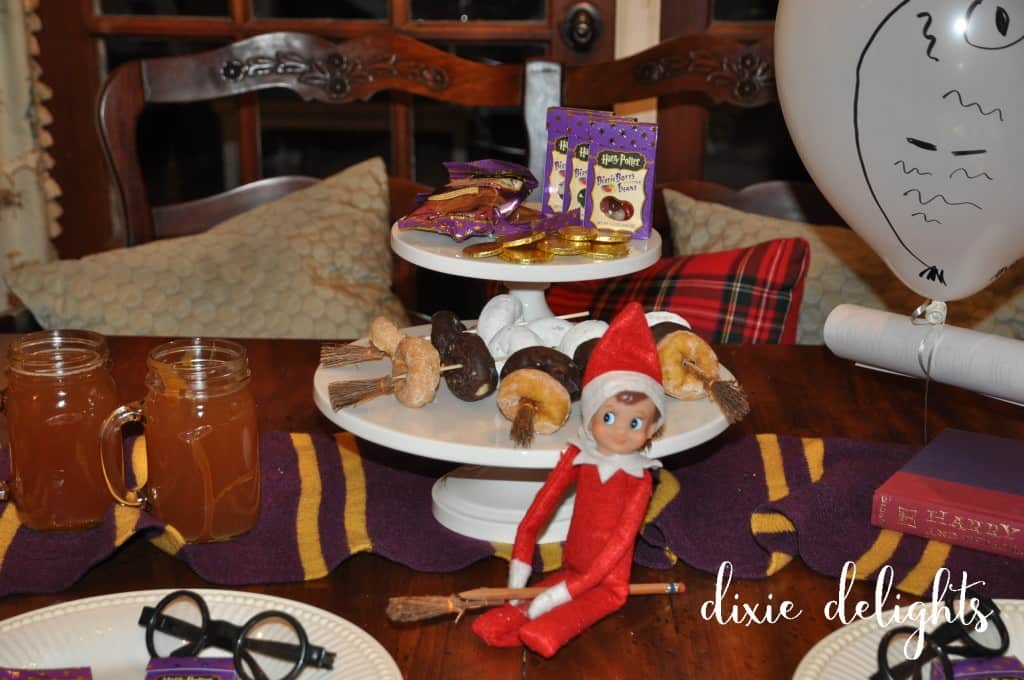 The Gryffindor scarf turned table runner is mine  – it’s older than John :-)  I ordered the chocolate frogs, bertie botts, broomsticks and glasses.  I picked up the gold coins at the Dollar Tree. 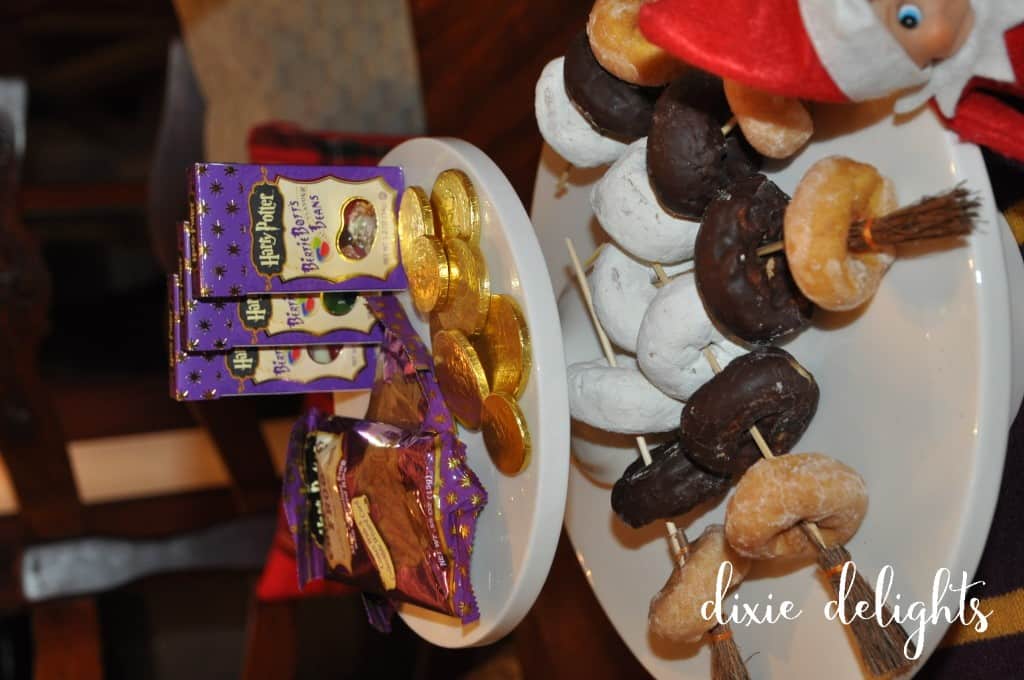 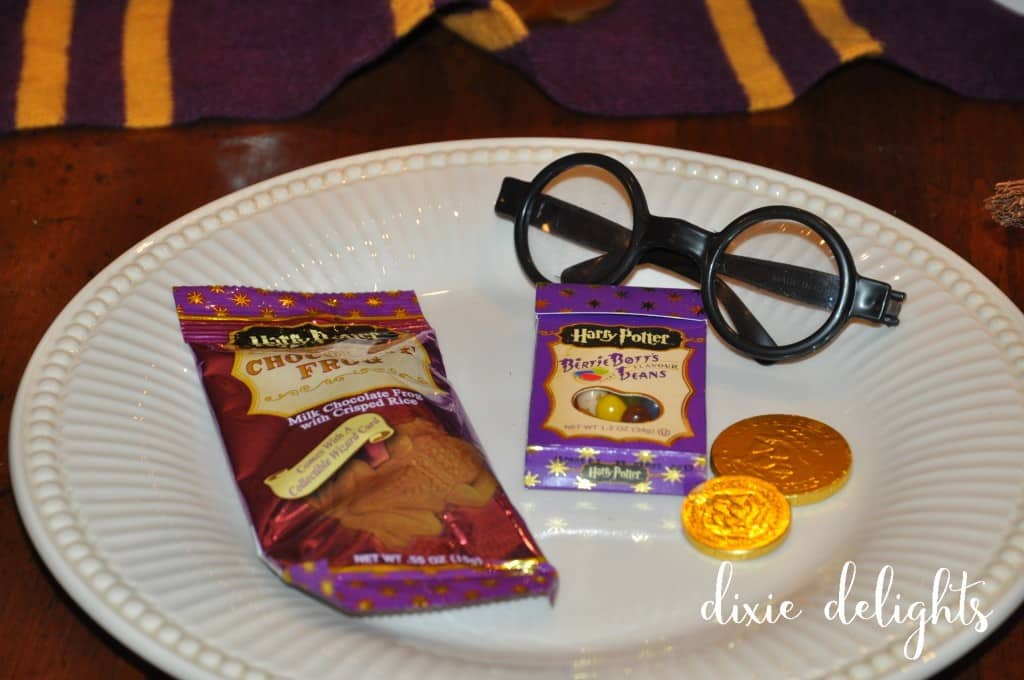 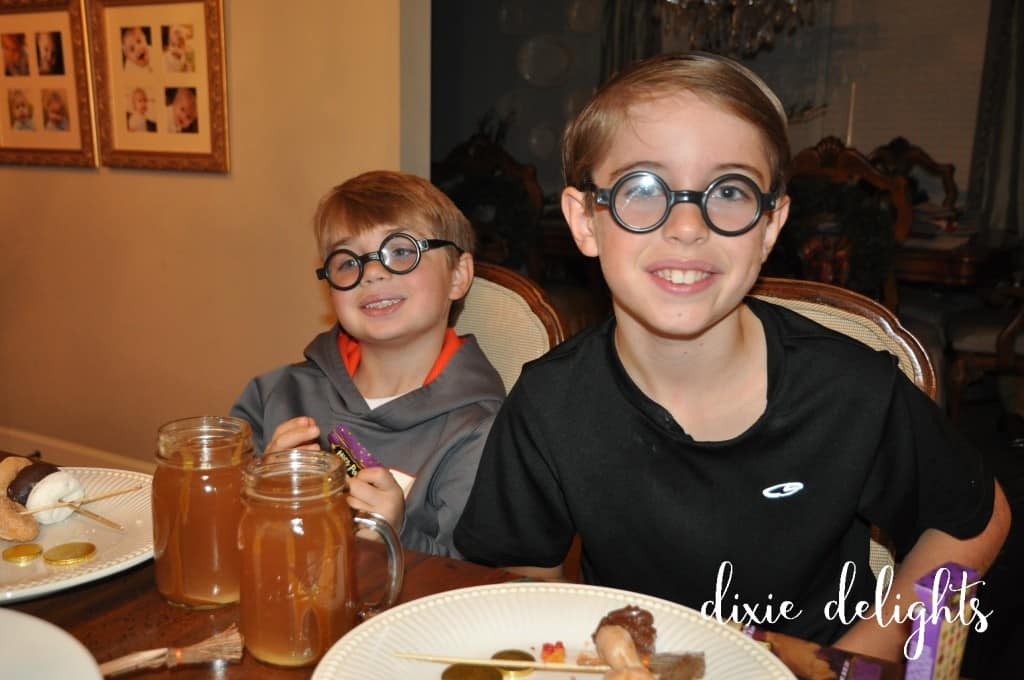 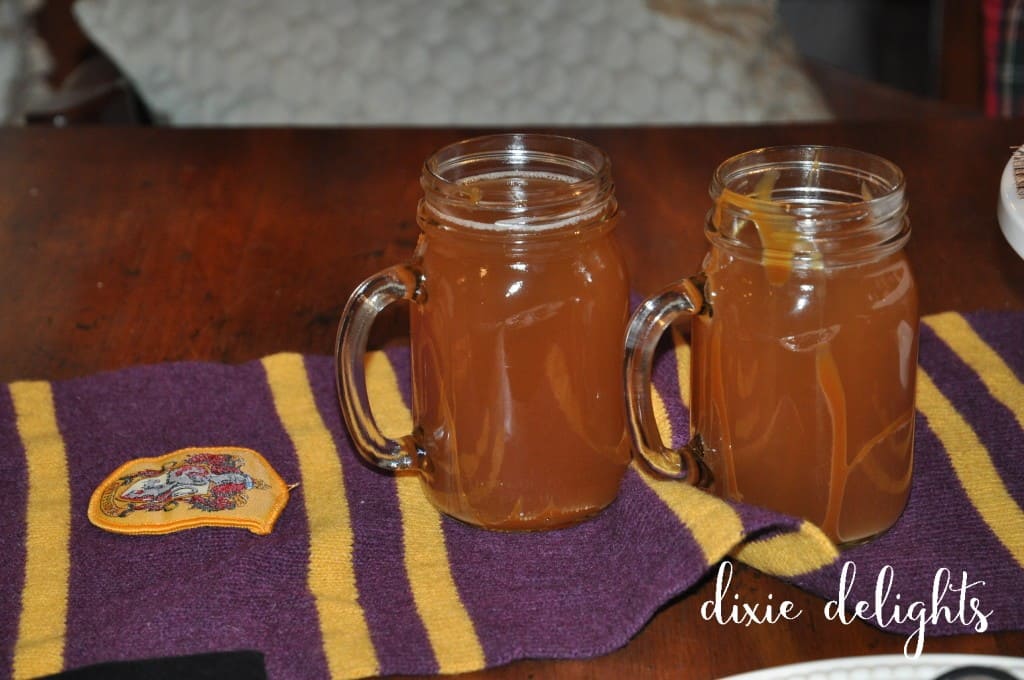 I went out the night before and bought the two white balloons.  I got this idea from a pinterest AGES ago and it stuck in my head.  I free handed the owl on them with a black sharpie to look like Hedwig.  On the scrolled up paper I printed “Surprise!  You are going to the Wizarding World of Harry Potter AND Mickey’s Very Merry Christmas Party!!”  (Whit was only going to the christmas party because he hasn’t read the books and I knew he would be scared by Diagon Alley.)  John was in complete and utter disbelief.  He didn’t even know such a place existed.  It was the BEST surprise!!!!!!!!! 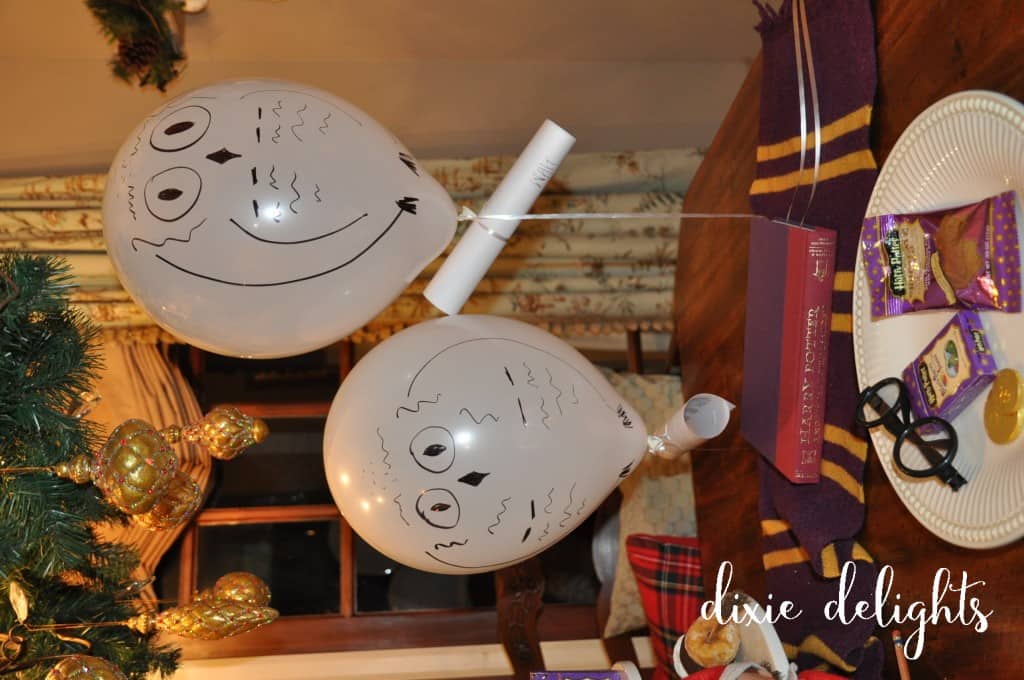 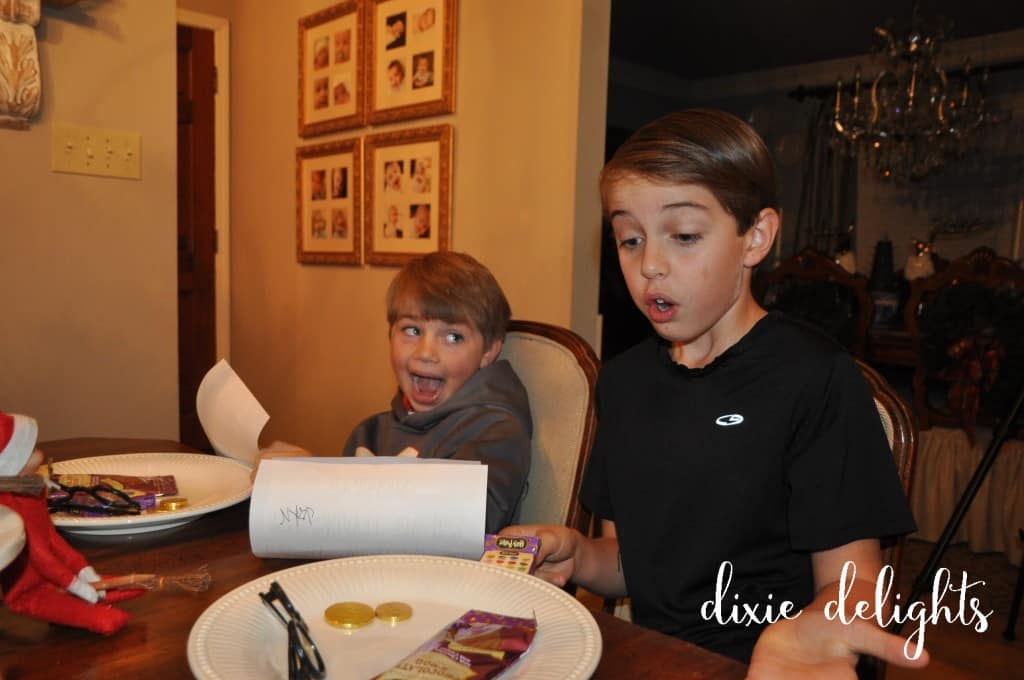 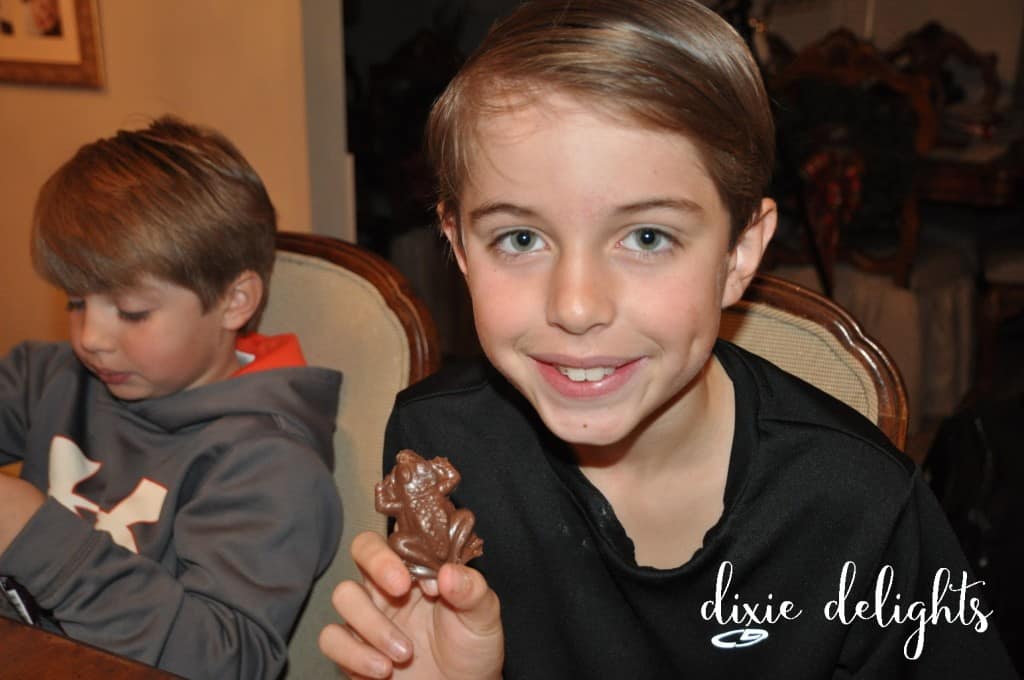 We already had suitcases packed and loaded in the car!!  They hurried off to school, Honey and I worked half days and then we headed out right around lunch for Orlando.  There’s much more to come from our weekend getaway real soon!!!! 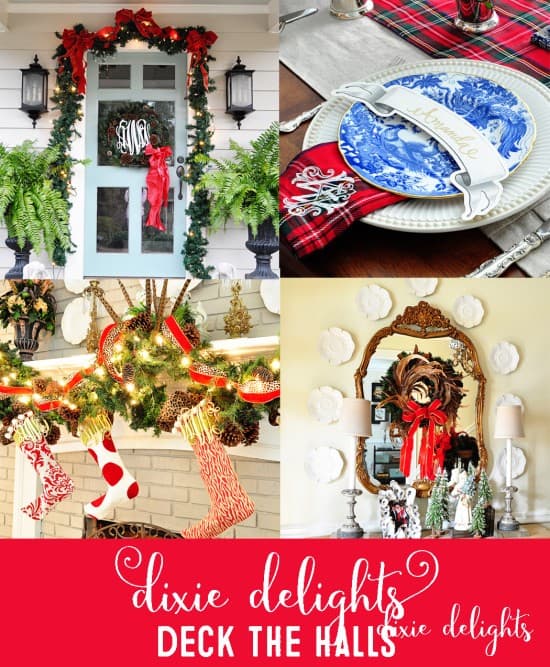 7 thoughts on “A Harry Potter (and Disney) Surprise”