Our fourth day in NYC is in the books!

We slept in a little and made our first stop of another busy day the Harry Potter: A History of Magic Exhibition at the New York Historical Society.  This was a fascinating exhibit where each room took visitors through a different subject from Hogwarts, like Potions & Alchemy, Herbology, Charms, etc. 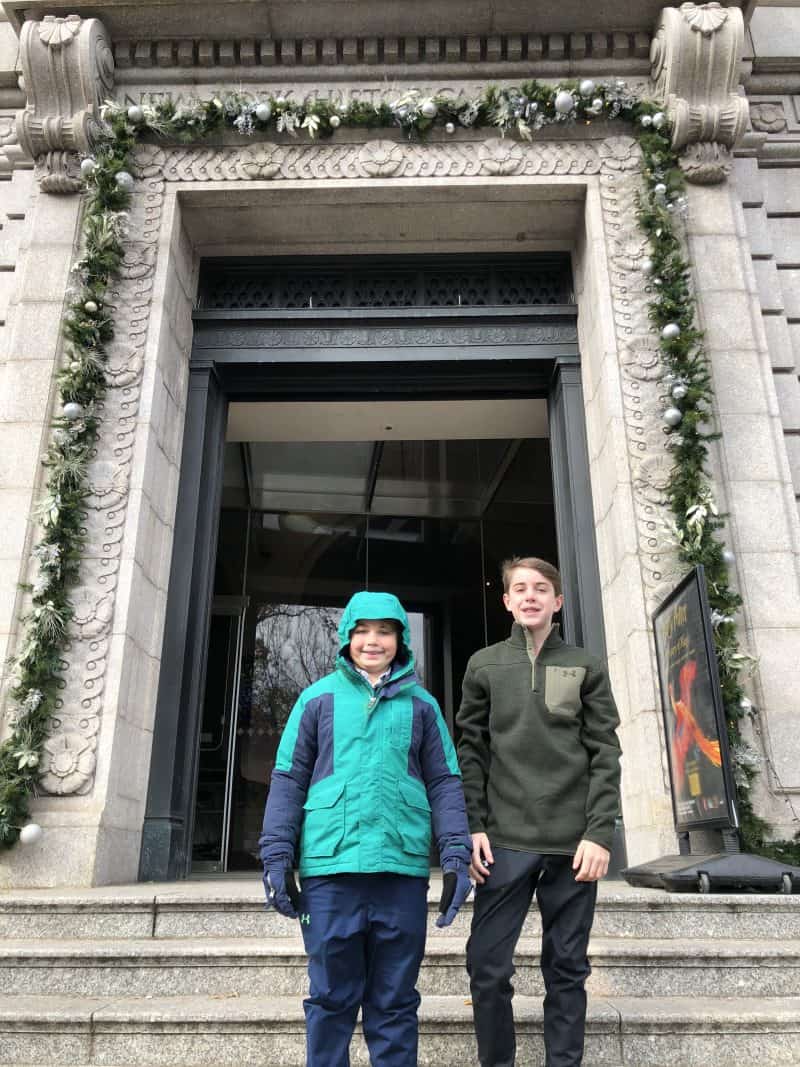 Aptly named, the exhibition explores the history behind parts of Harry Potter.  There are books, manuscripts, and magical objects from the collections of the British Library and New-York Historical Society on display, along with some original material from J.K. Rowling’s own archives.   I loved seeing familiar pages written in longhand, how she charted out all 7 novels in her own handwriting, and neat things like character sketches and names she pulled out of thin air.  I came away convinced that she is a genius.  So much of the content in her books is meticulously researched and backed in fact (or what was once believed to be fact) as evidenced in artifacts on display dating back hundreds and hundreds of years. 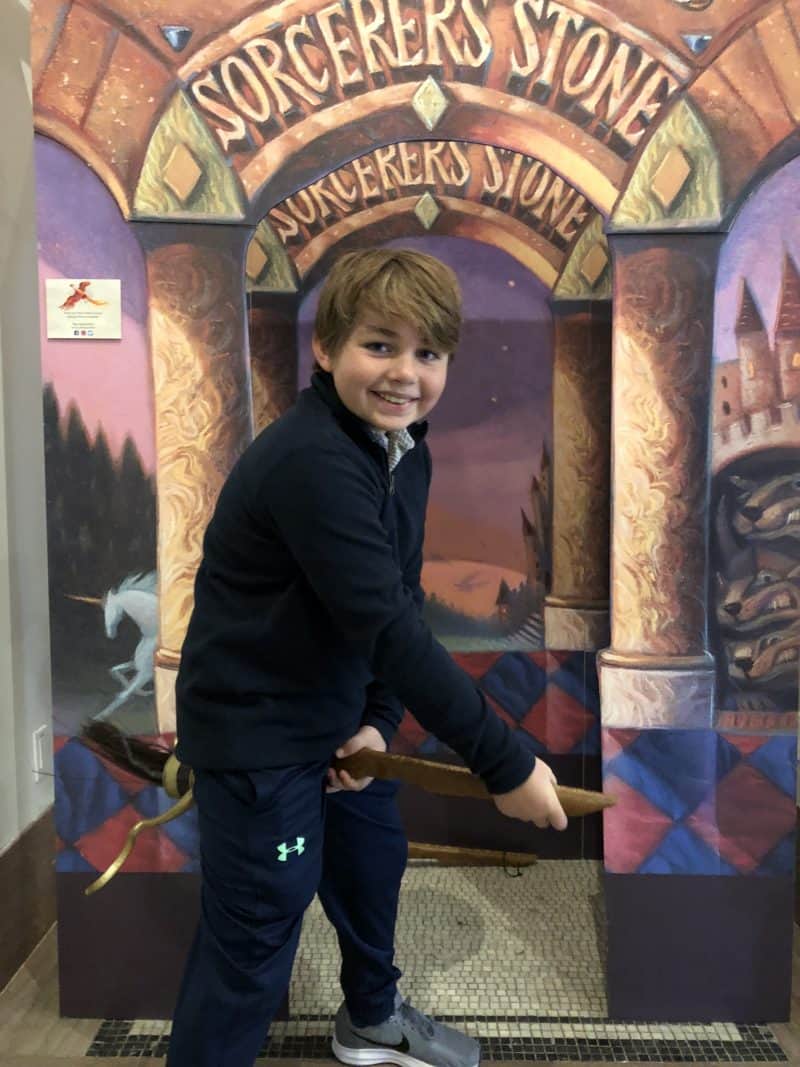 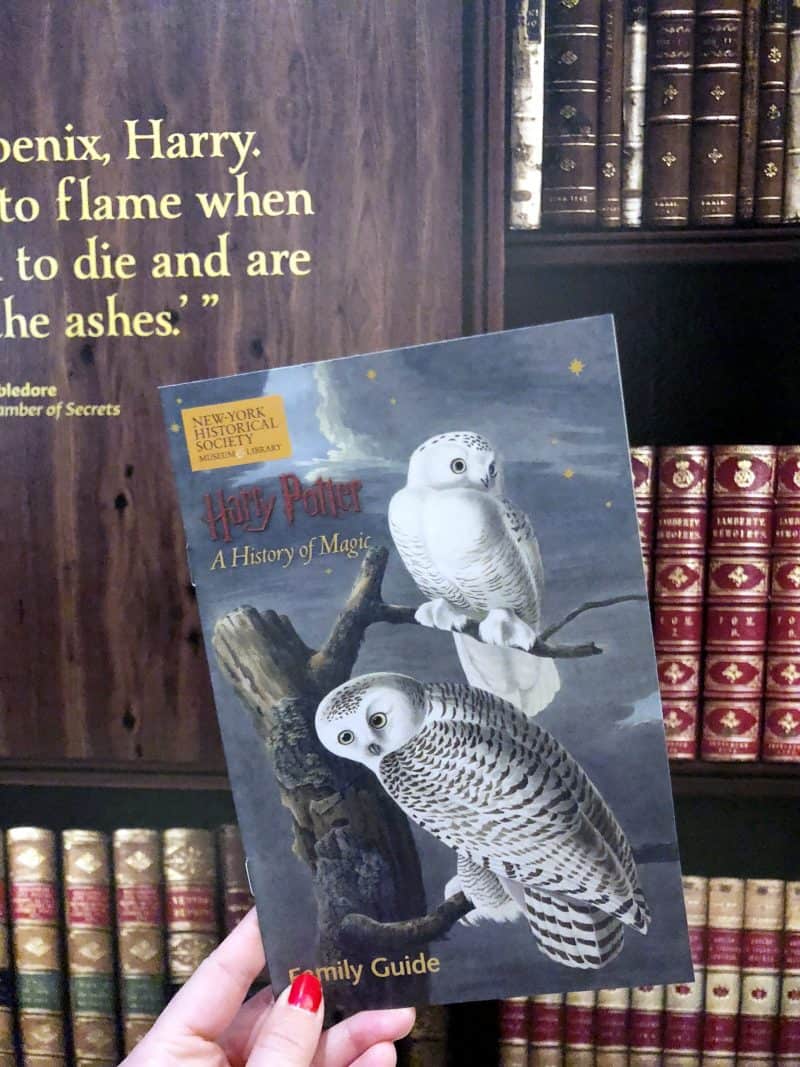 It was a sunny and picturesque day for getting lost in Central Park.  We saw the zoo, ice skating, band rehearsals for the parade and so much more.  It was really nice for the boys to be able to run untethered as well. 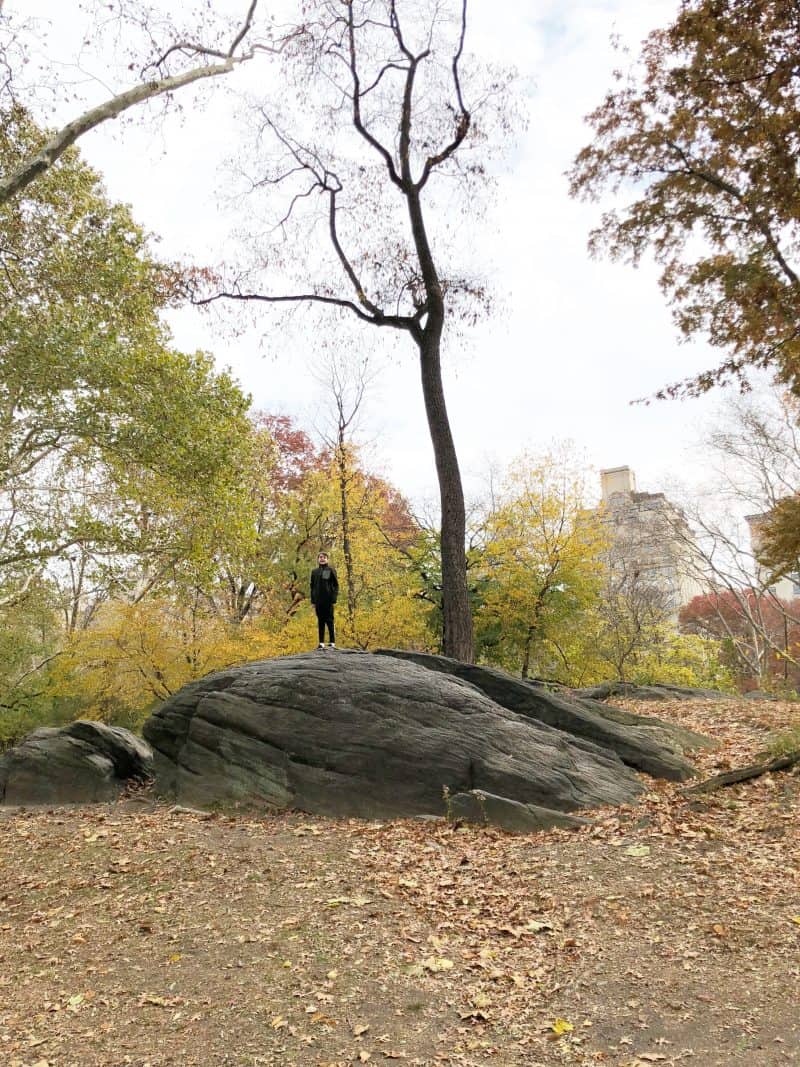 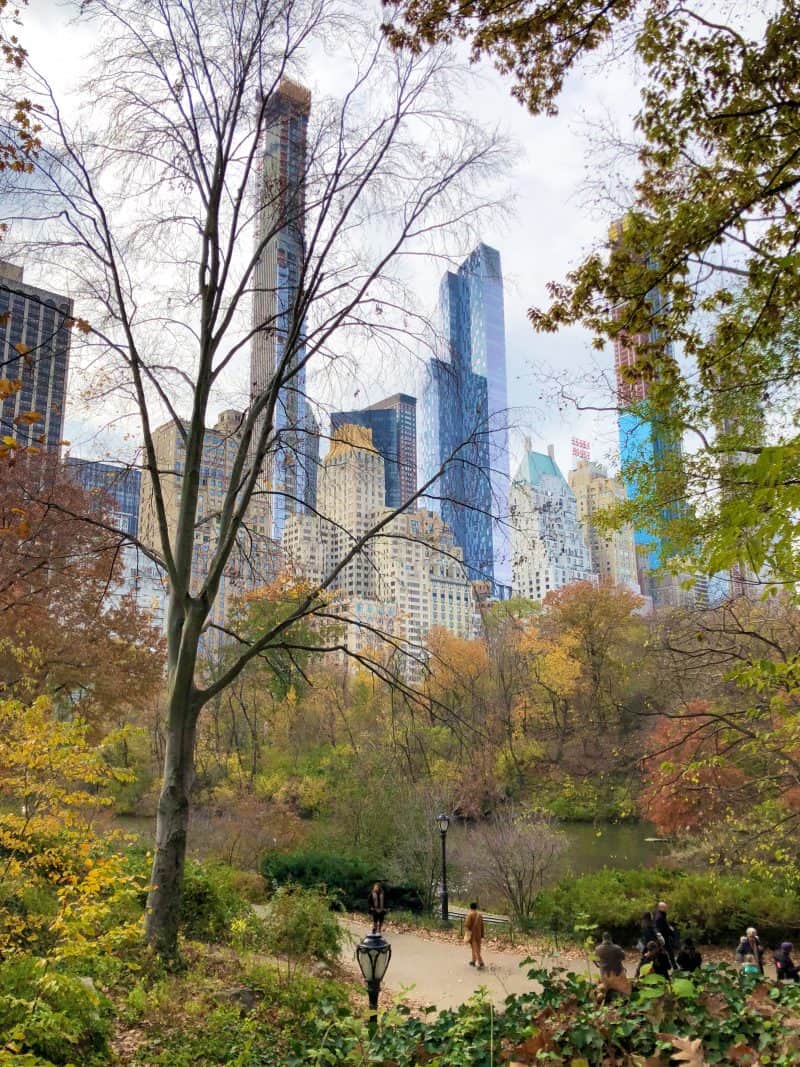 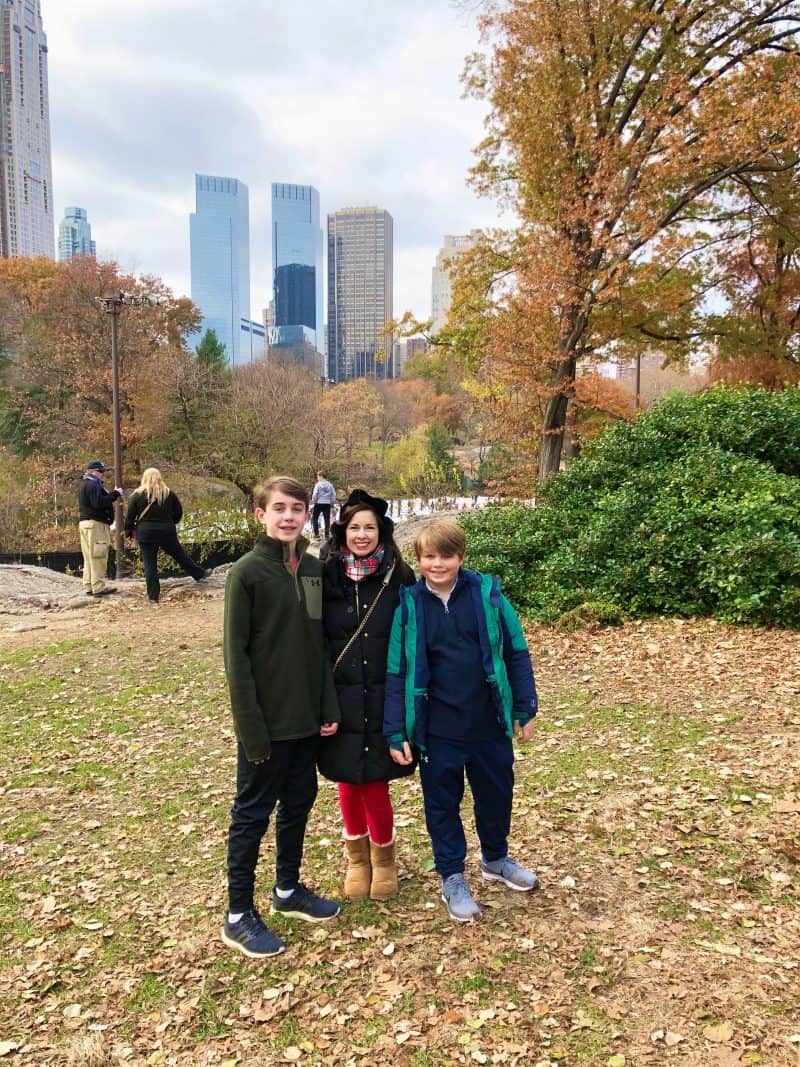 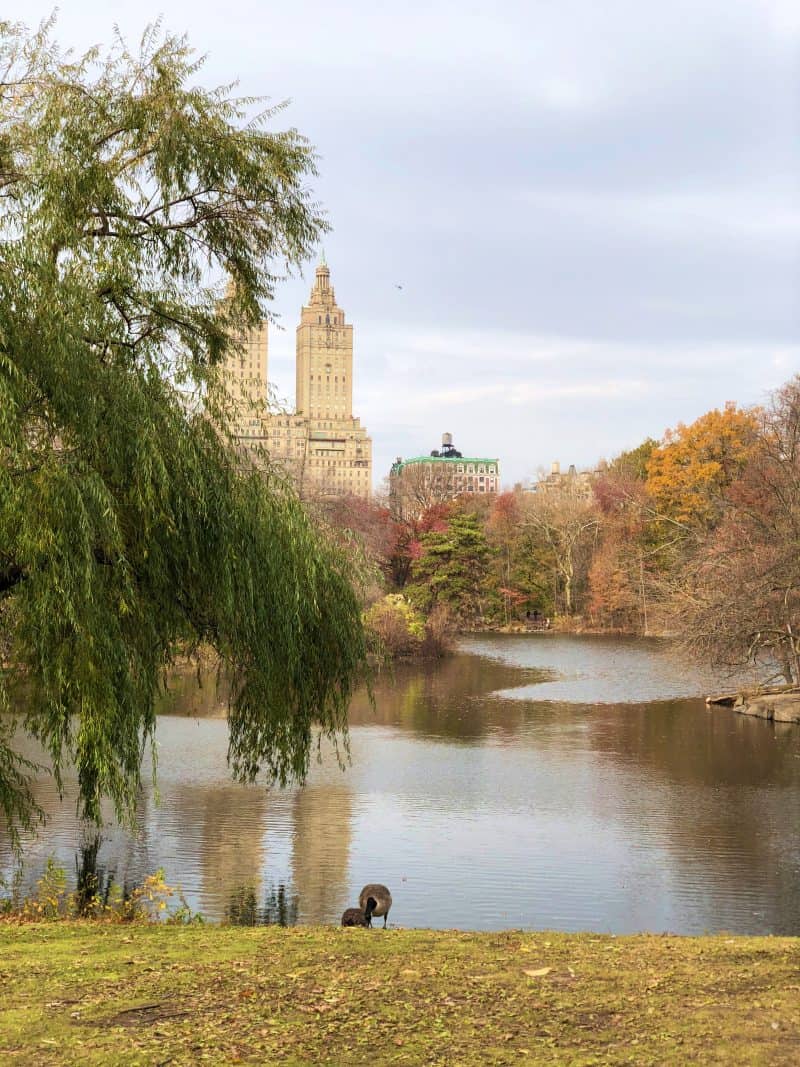 Afternoon Tea at The Plaza

While this trip has been really different from my previous girls trips, I had to include Afternoon Tea at The Plaza in our itinerary.  I know it’s thought of us a girl thing, but I figure my boys would never get to do it if I didn’t take them.  Haha!  Honey had never been to tea either.  I figured if they were going to have this “once in a lifetime tea experience” it might as well be at The Plaza. 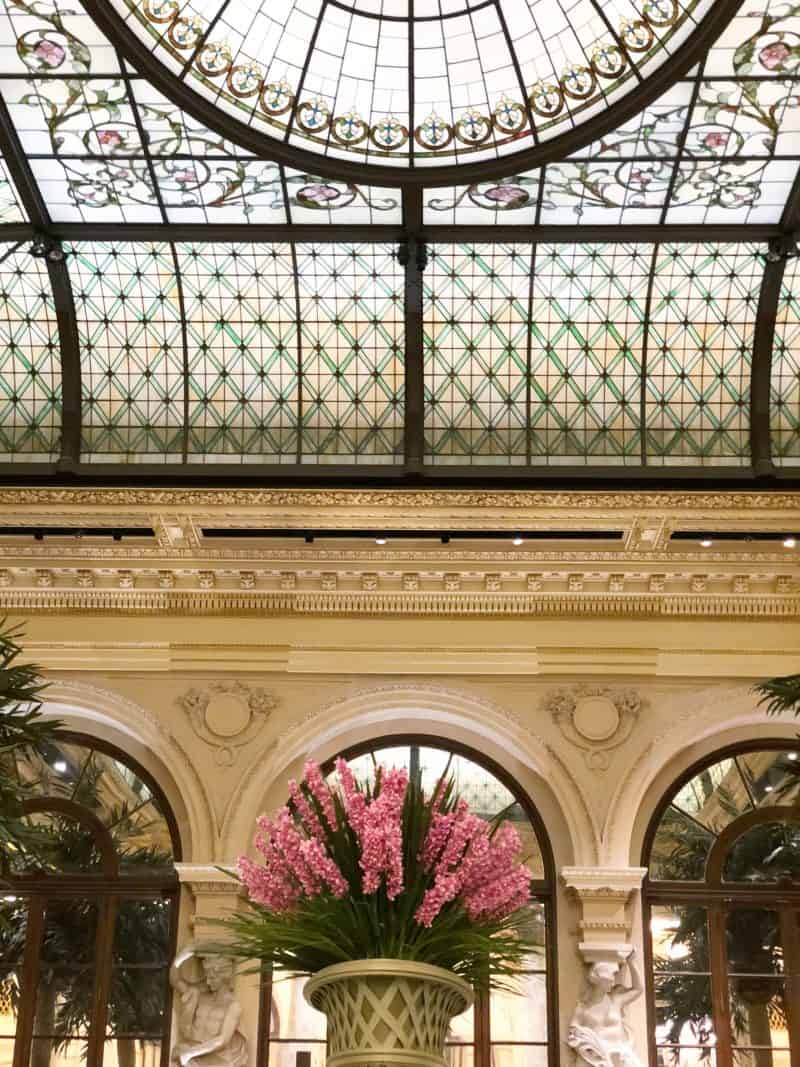 I heard a lot of grumbles at the start about how they would need to go out for burgers and real food afterwards to fill up.  However, when these came it was ALL smiles. 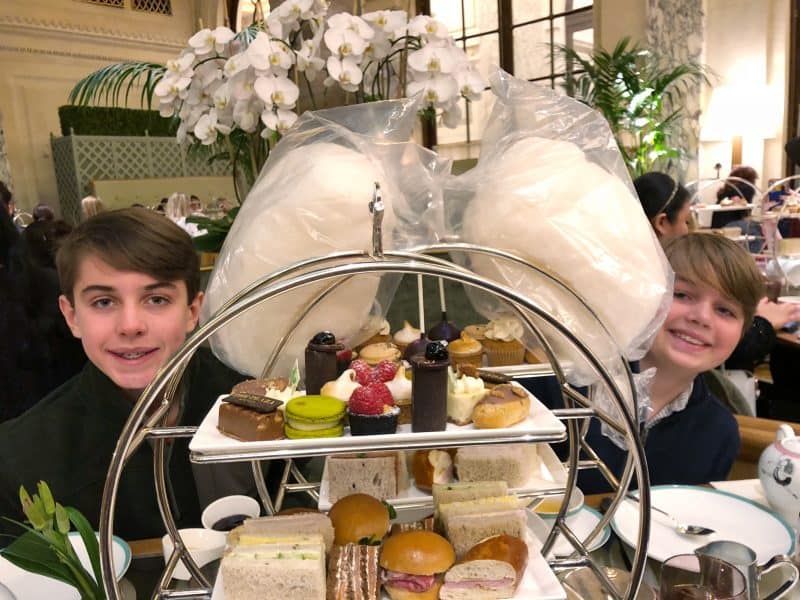 Everyone ended up loving it, and it was a fun and special afternoon that I will certainly never forget. 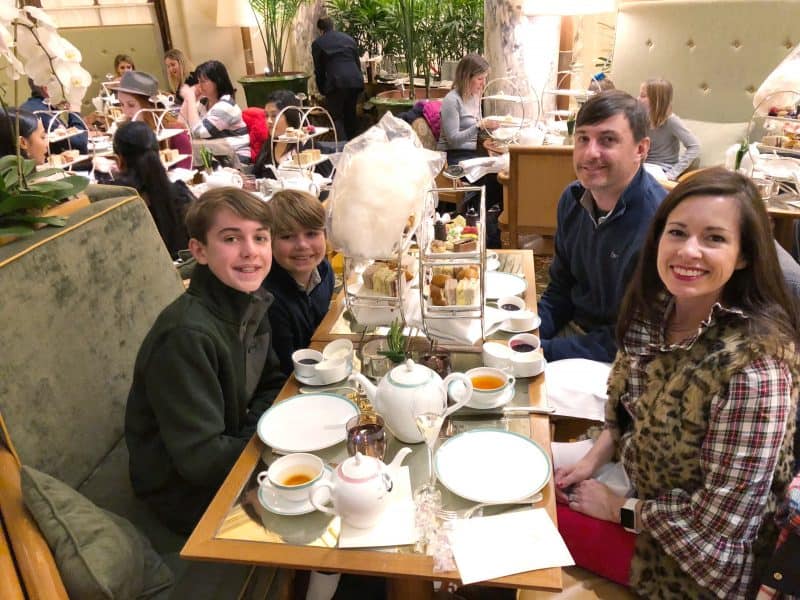 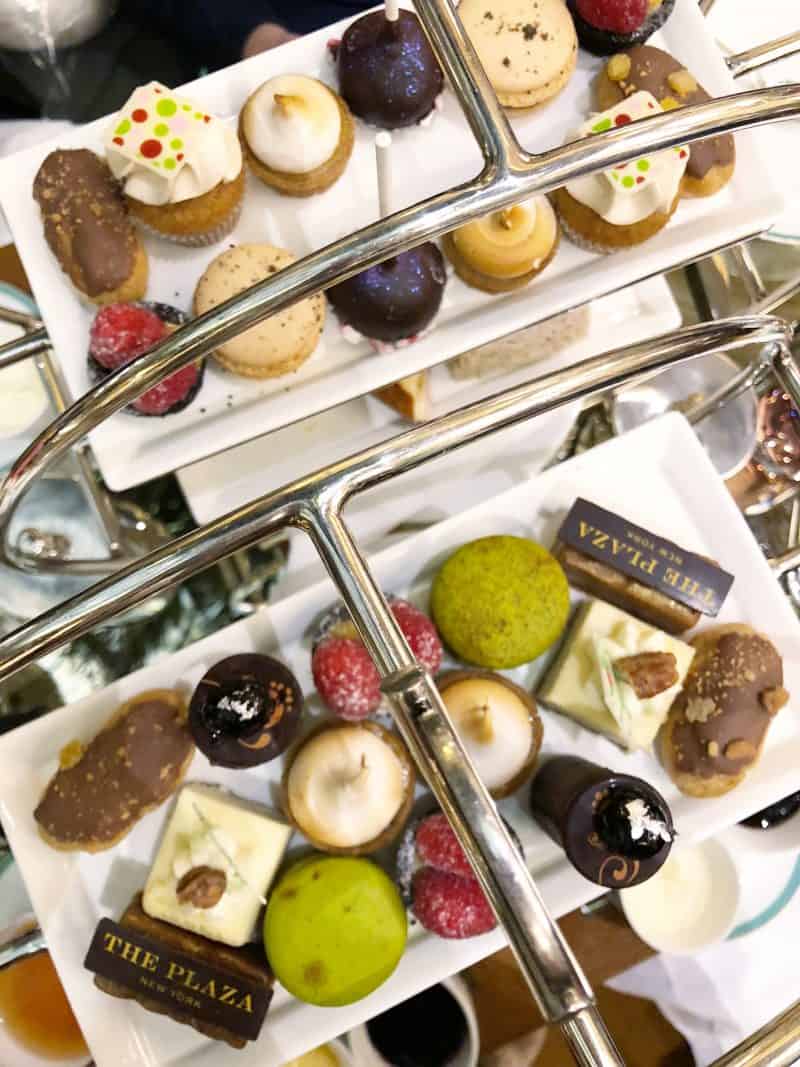 When I made most of our reservations, I noted John’s birthday.  He has had more songs, treats and acknowledgement than every before.  :-)  Oh, and we all left completely gorged and the three boys were saying they might not be able to walk three feet.  haha. 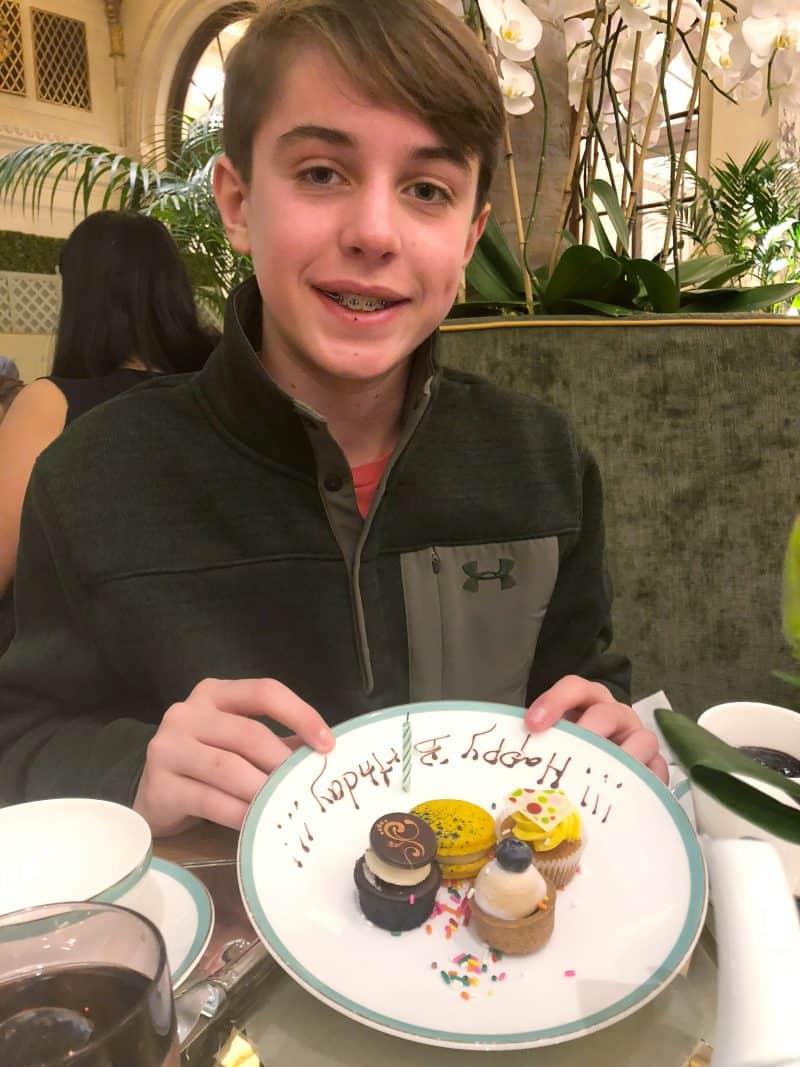 Last Year’s Stay at The Plaza

But, walk we did!  Our next stop was back across the park almost where we started.  (Except we had to go around the park, not through it this time.) 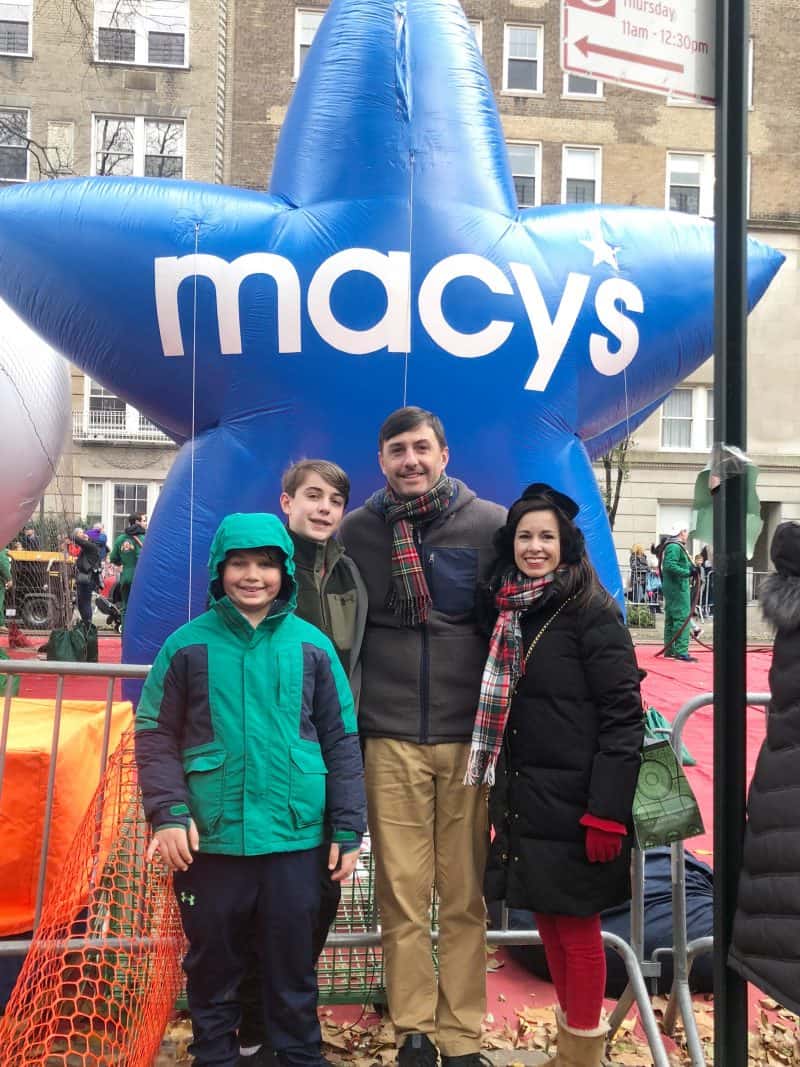 This was so much fun and a highlight of the trip!  There was Christmas music playing and all of the floats were out in various states of completion. 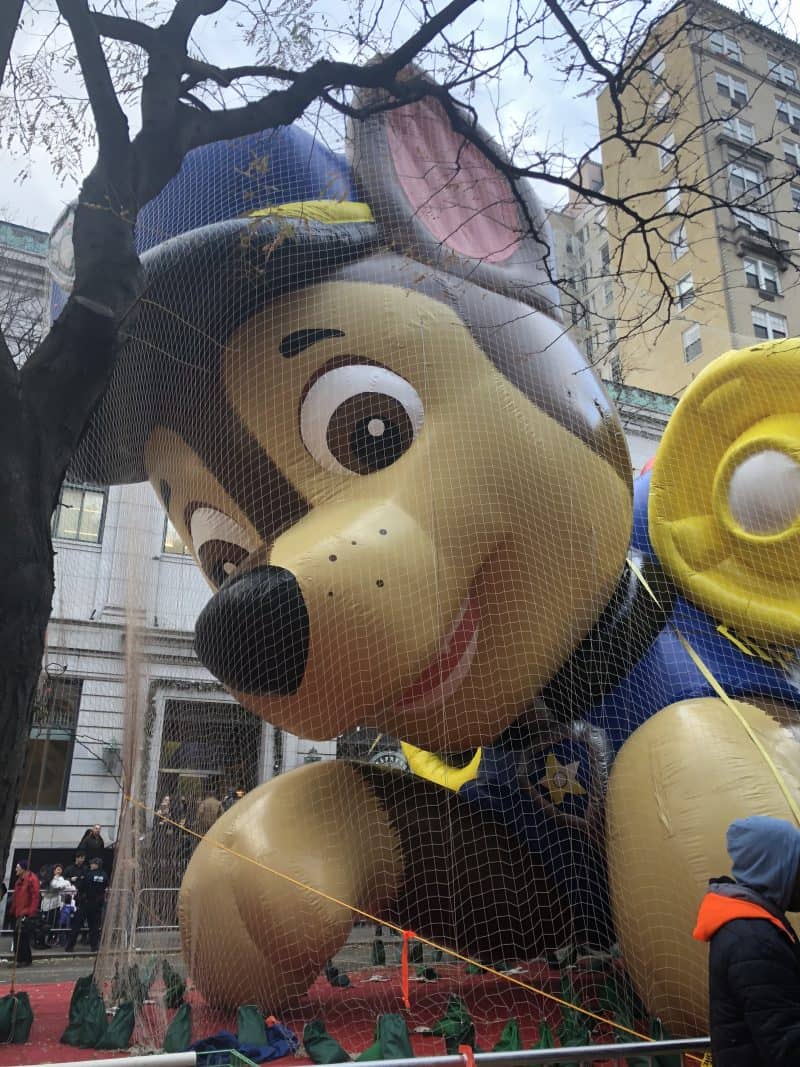 Some were still sitting in their carts where they had been wheeled out – this was Elf on the Shelf. 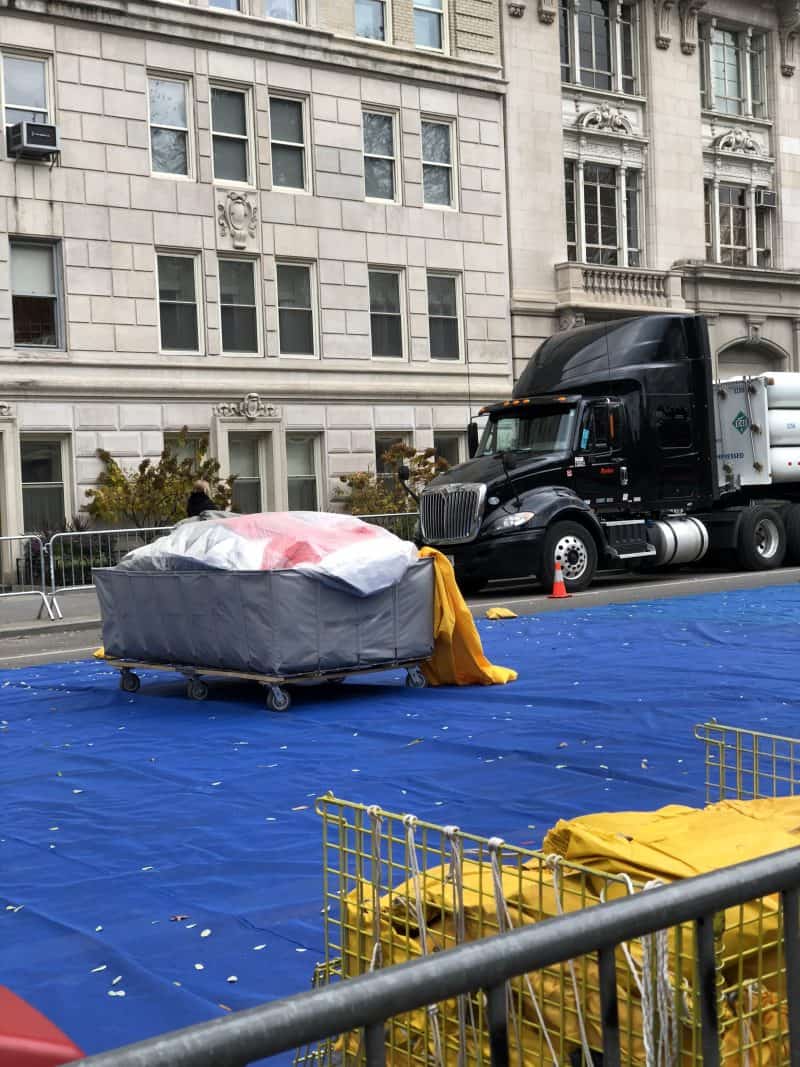 Each one had a sign stating what the float was and what year it started in the parade.  We saw the compressed helium tankers out and marveled at the sand bags and nets used to hold them down. 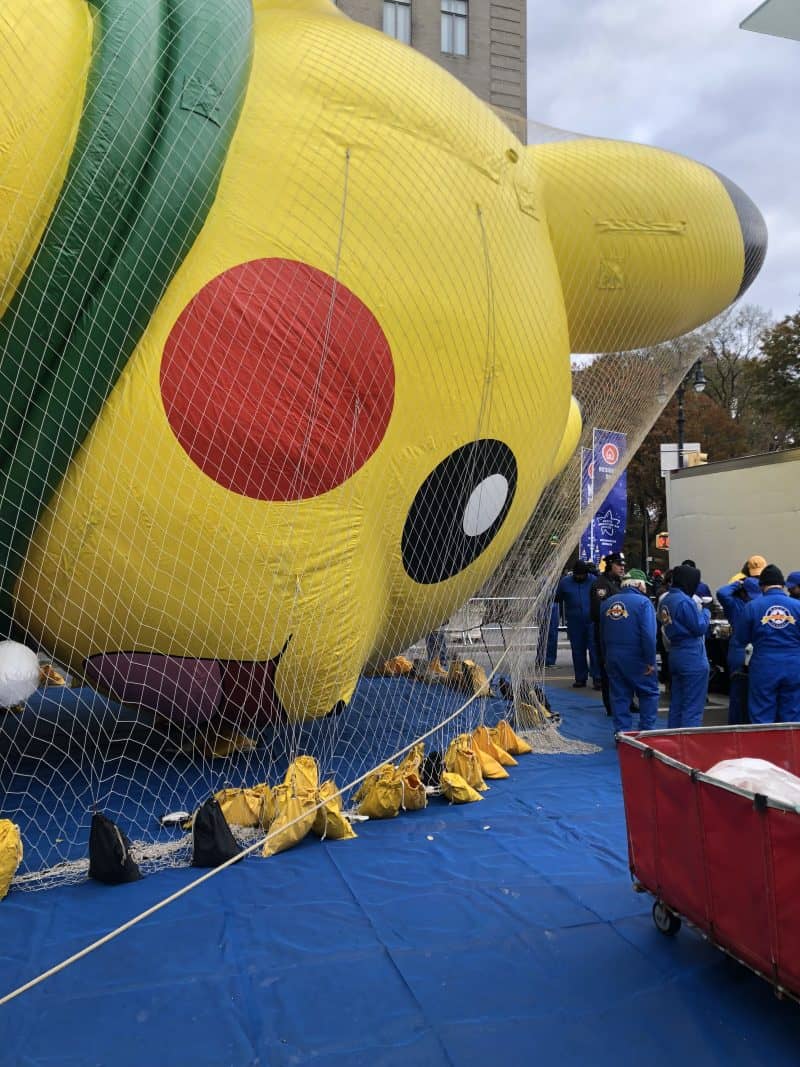 After a too brief nap in the room, we were off to dinner at Da Marino. 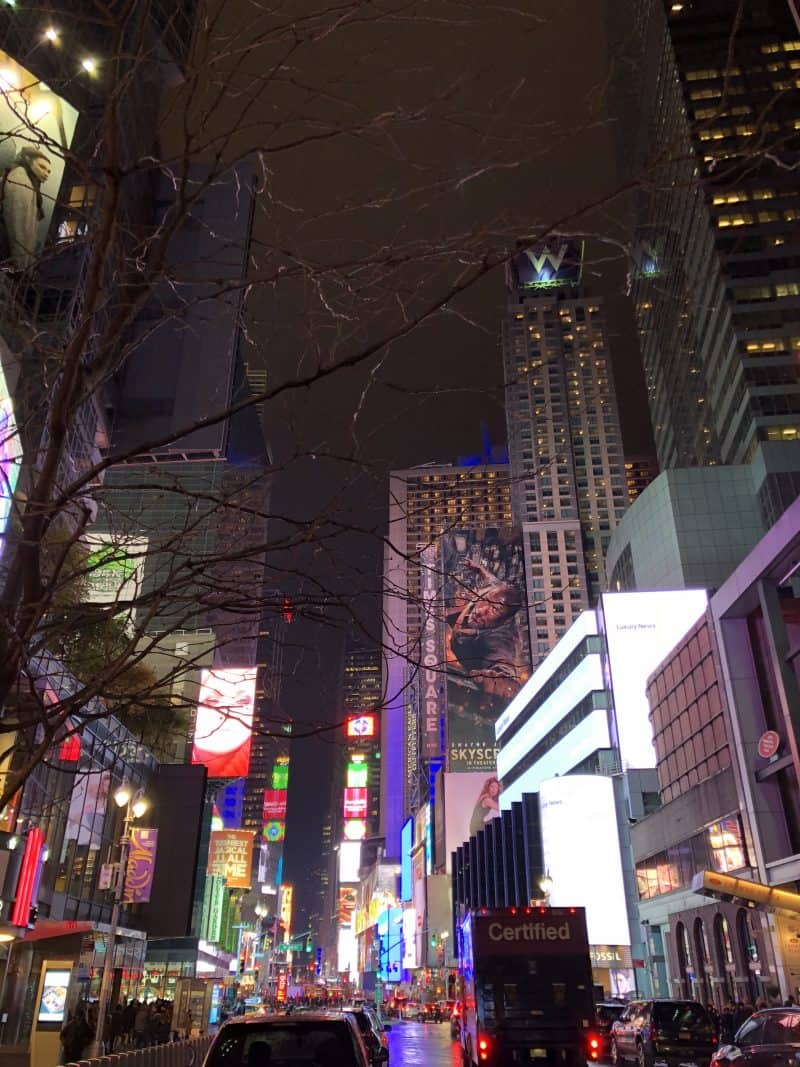 Even though I’d been before, we passed it and had to turn around.  Da Marino is just a tiny little place but it is SOOO good! 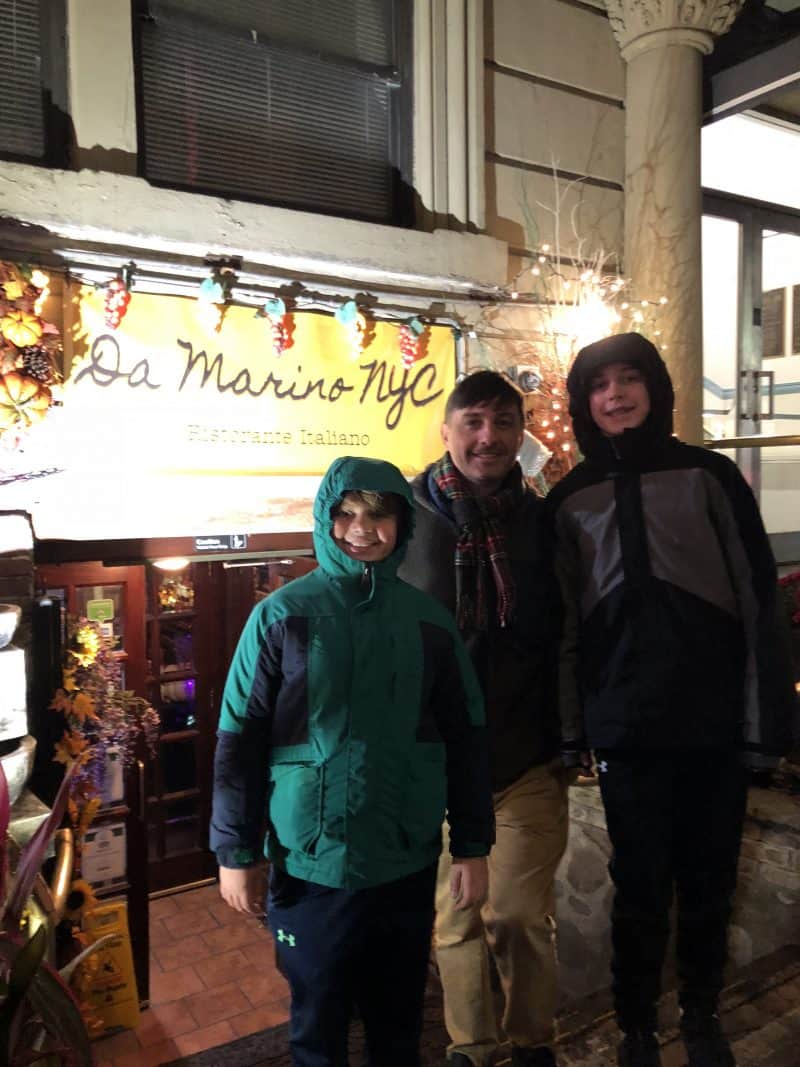 It looks like this year round inside.  Not just for Christmas.  All of the staff is super friendly and the pianist was playing Christmas songs tonight, which I thoroughly enjoyed. 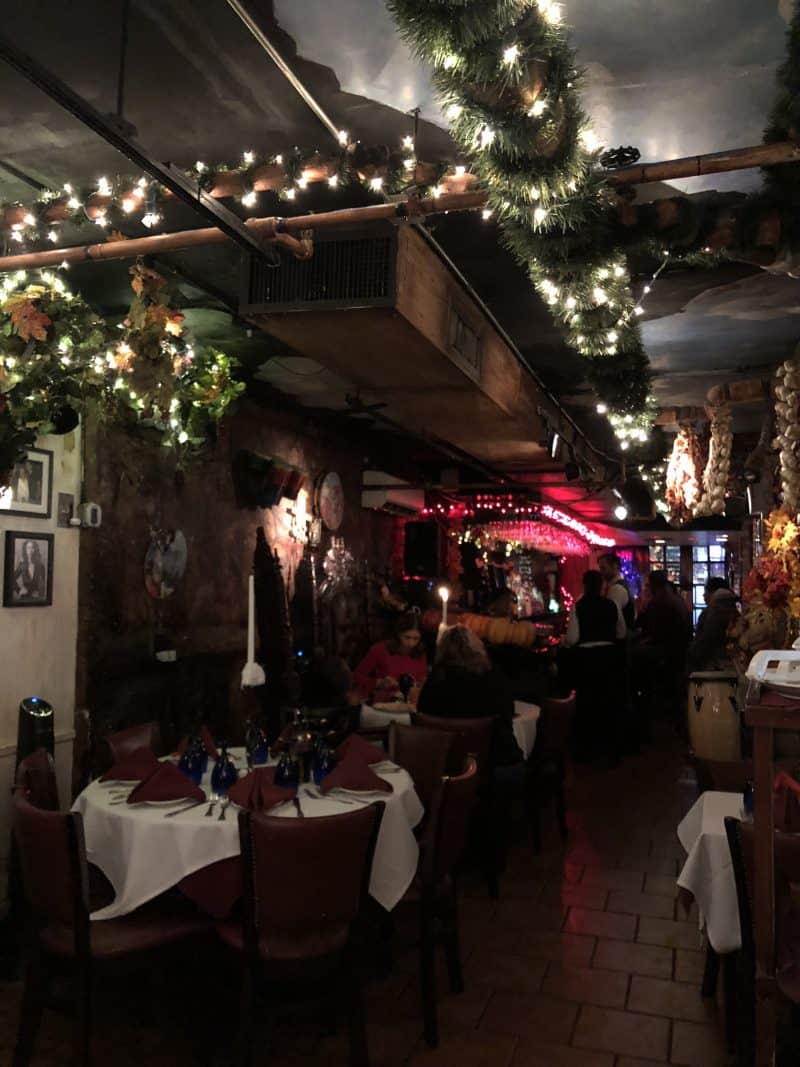 Honey and I laughed over so many captions for this one.  The New York-citiest was my favorite Hamilton one.  We had a 7 PM dinner, so it really wasn’t all that late.  Life is hard in the city that never sleeps. 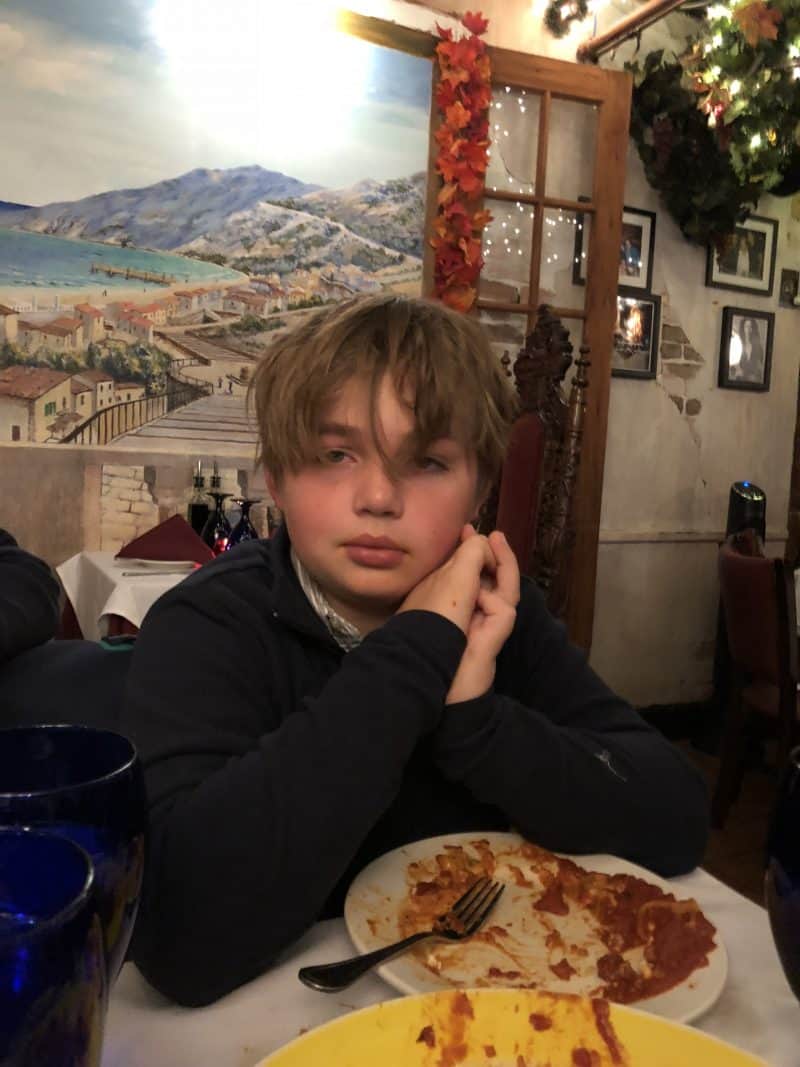 As I shared on Instagram, this was also the dinner where three girls at the table next to us were talking about this “new thing called a hot roller”.  I was dyyyyying.  Of course I packed mine.  You know, because I haven’t left home without them since my last perm in 1988.

Our final event of the night was The Ride New York City Tour. 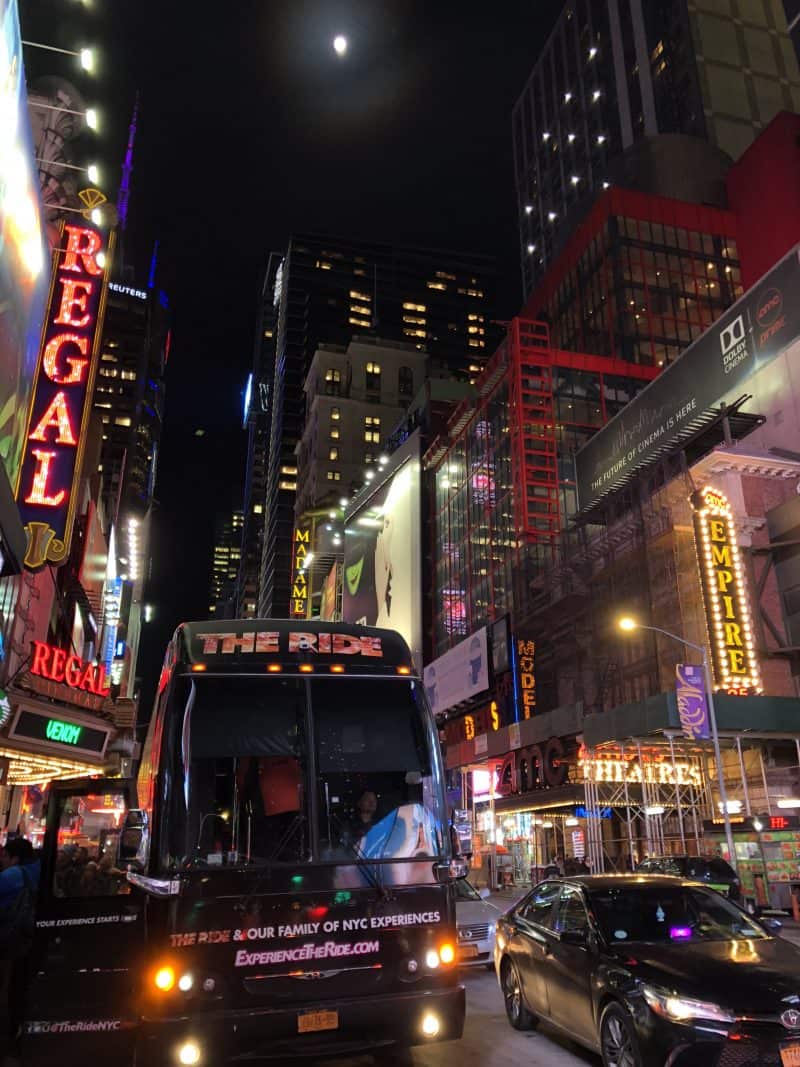 This is a 90 minute bus tour, likely nothing like any bus tour you’ve ever taken!  It is light on information and heavy on entertainment and the bus itself is REALLY cool. 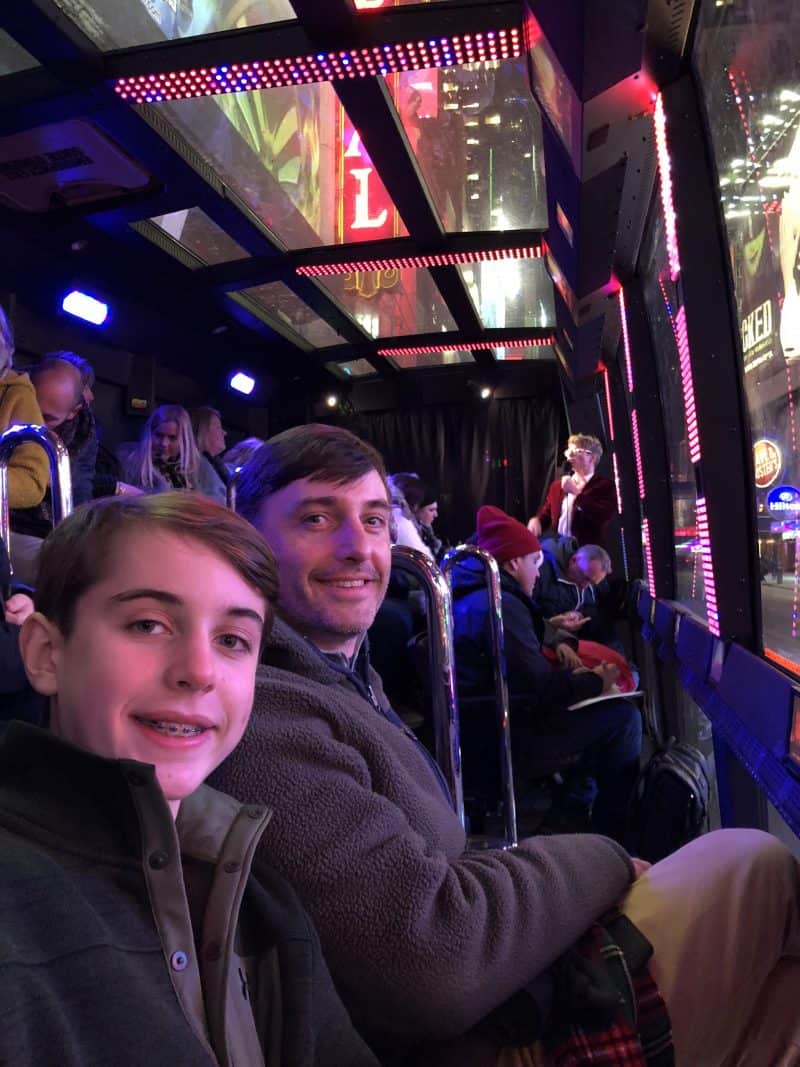 We lucked out with the holiday edition of the 90 minute tour.  I was so happy we had this booked for tonight because it was bitterly cold outside.  You hear a little history, see a few landmarks and are entertained by two hosts. 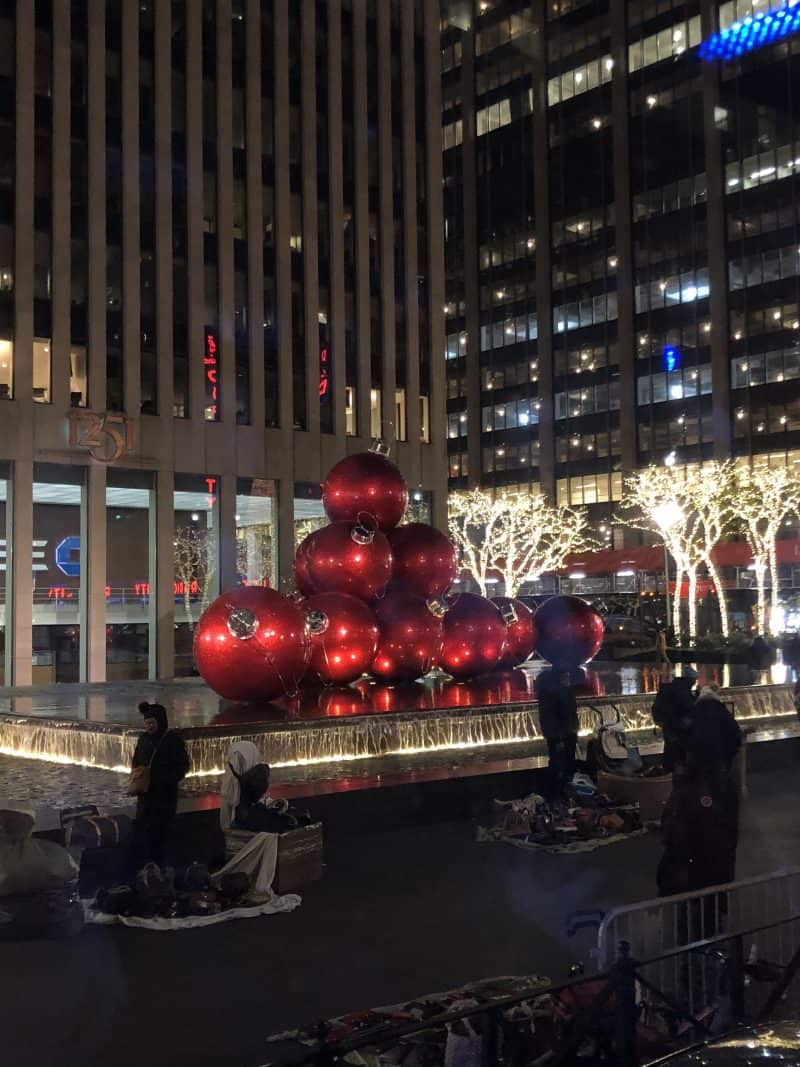 The VERY best part is that periodically through the tour you just “happen upon” someone that breaks into song, dance, or some form of entertainment.  It is, of course, staged but that did not at all detract from the entertainment value.  The boys thought it was all impromptu.  It was absolutely hysterical to see the other people on the streets stop, take pictures and sometimes even join in.  This guy was sweeping the sidewalk when he suddenly broke out in dance with his broom! 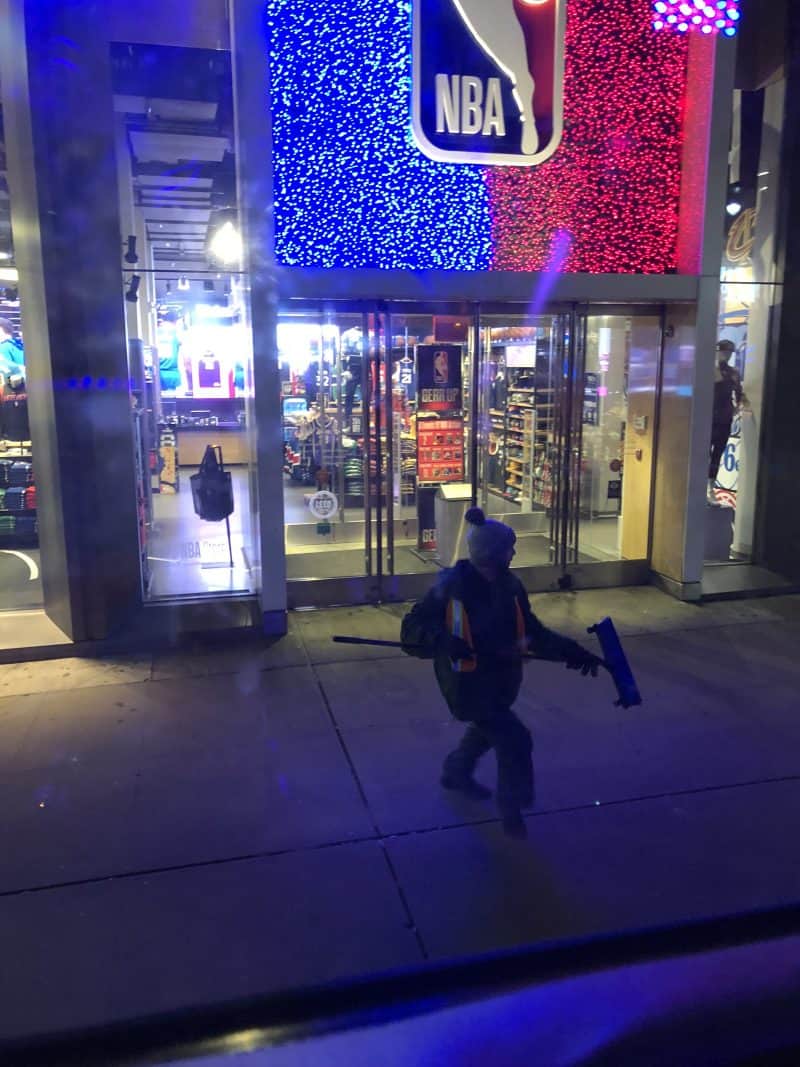 Also, the people on the streets can hear us inside the bus.  The guides orchestrated “ride waves” where all of us on the bus would wave and cheer at someone walking by.  They said you could tell the locals from the tourists because the locals wouldn’t bat an eye while the tourists would wave and laugh and hoot and holler.  Whit and I vowed to keep our eyes peeled for The Ride the rest of the trip so that we can have a chance to join in with the street performers.  John said that is “so cringy”.  Hmmmm….. 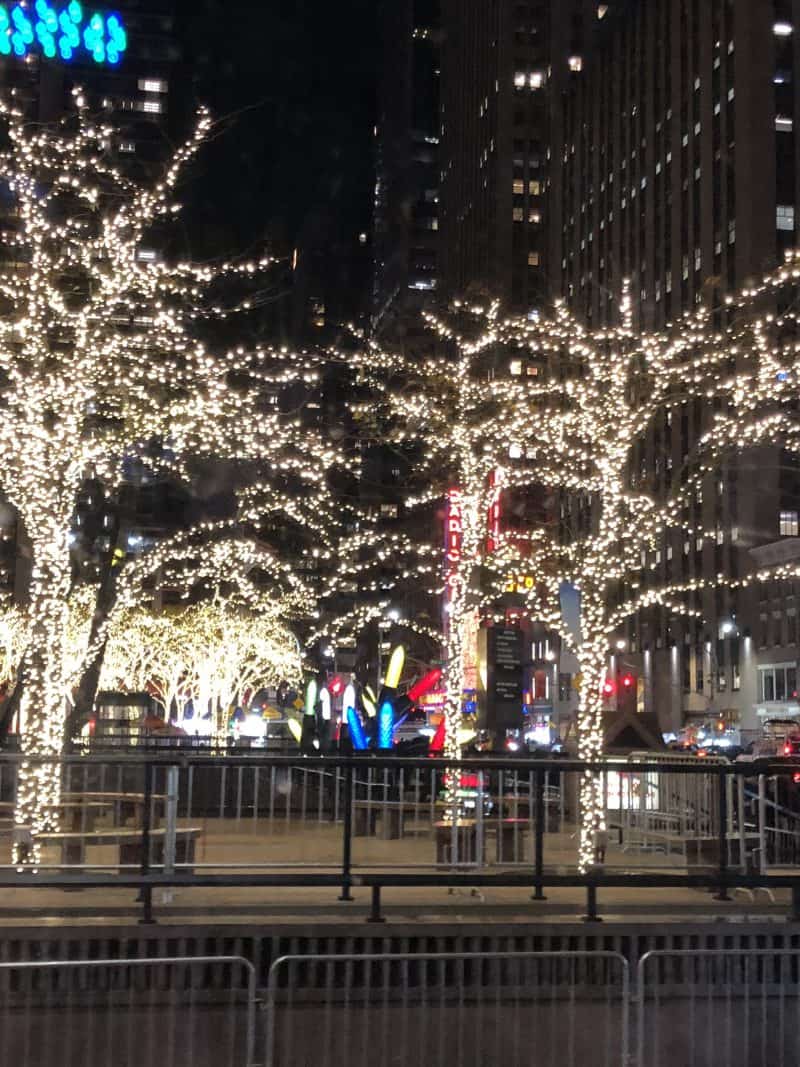 I hope that you are all prepared for a wonderful and happy Thanksgiving tomorrow.  Ours will be unlike any we’ve ever had.  You can follow along with our trip on my travel Instagram account… dixietravels.