I’ll admit, eight years ago when we moved in here I had a thing against ceiling fans.  They just weren’t good looking.  Ya know?!  Well, in the process of updating John’s room we all agreed that there was no way we could keep this lantern – or any other hanging light fixture for that matter.  With a growing boy and eight foot ceilings and a light hanging over nothing but floor space, a flush mount or ceiling fan is about as fancy as it’s going to get. 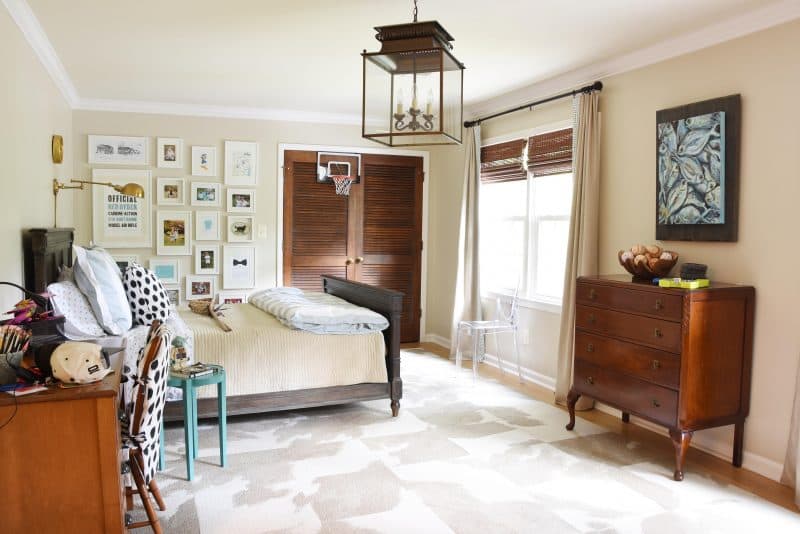 So, I got online and starting look at fans for the first time um… ever.  HA!  And I was floored with how far they’ve come!!!  There were some really nice options out there.  After looking at a couple with John, we finally settled on this one from Home Depot.  Now, when I clicked on the link I had a little bit of “wait, I paid HOW MUCH for that fan?”  It is listed at $279 but I bought it at this very link last month for $209 and free shipping.

Honey got it installed this weekend and it’s so darn nice!  The fan itself is lovely with wonderful wood blades and a modern touch.  But the cool breeze is just fantastic.  John loves that it has a remote control from which he control both the fan direction, speed and light on a dimmer. 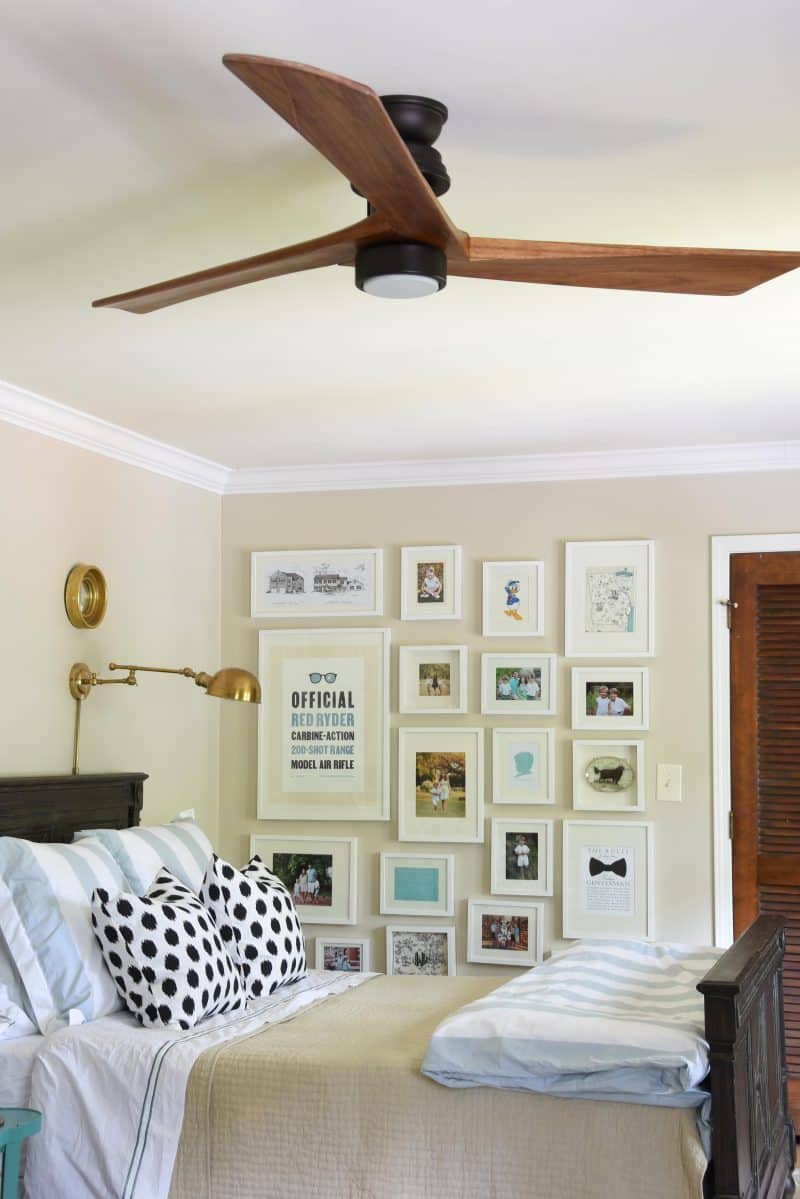 You can see here how it is coming together with the bed, bedding, rug and now fan!  The only other thing we did this week was relocated the basketball hoop to the basement.  I had planned for Honey to make a nice wood backboard for it but the boys want to play actual basketball games …. with dunks and such … so it has moved to the basement.  It sounded like a herd of elephants were going to crash through the ceiling into the den at any given moment the day we decided it had to go. 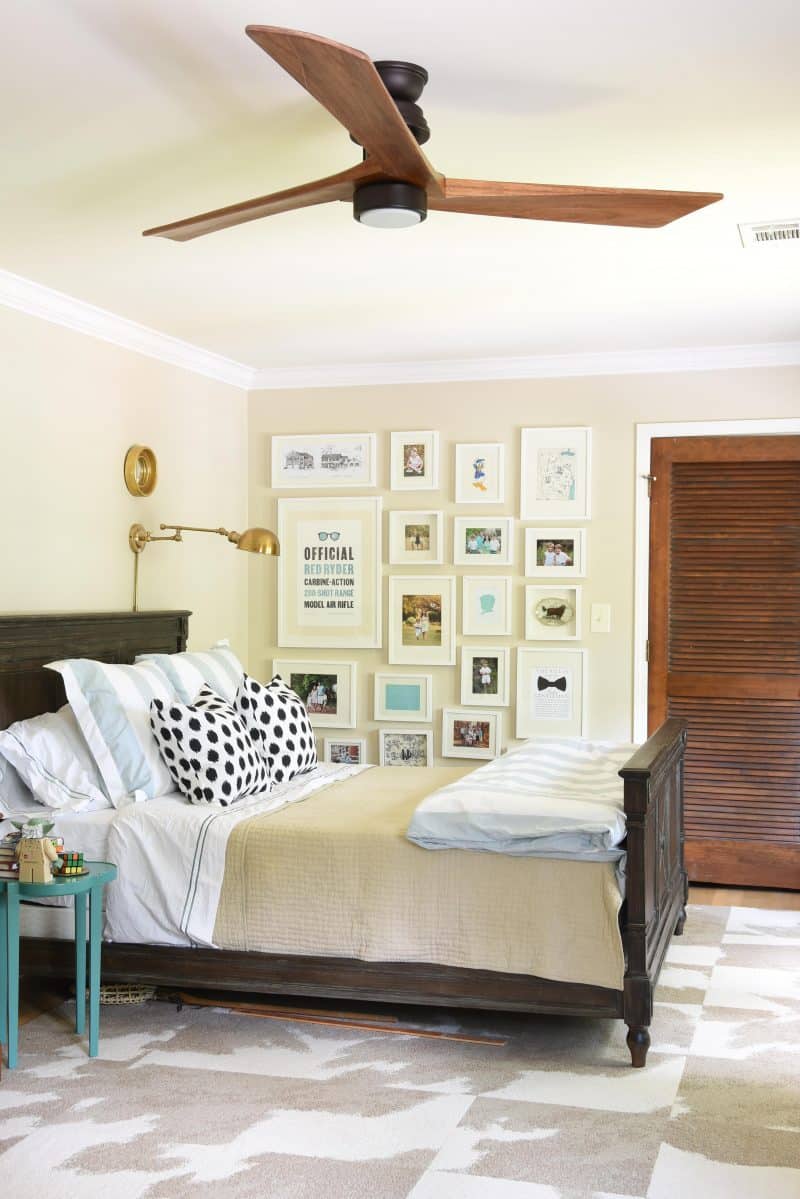 And here’s what we’ve done so far:

I may have to put the pause on this to get started on Halloween decorations!!!