I’ve been making these raspberry bars for a couple of years now and they are SO good and really easy.  It is the kind of recipe where you can also keep the ingredients on hand for a last minute dessert.  I took them to a pool party this week and they received such rave reviews that I thought they were worth sharing again. 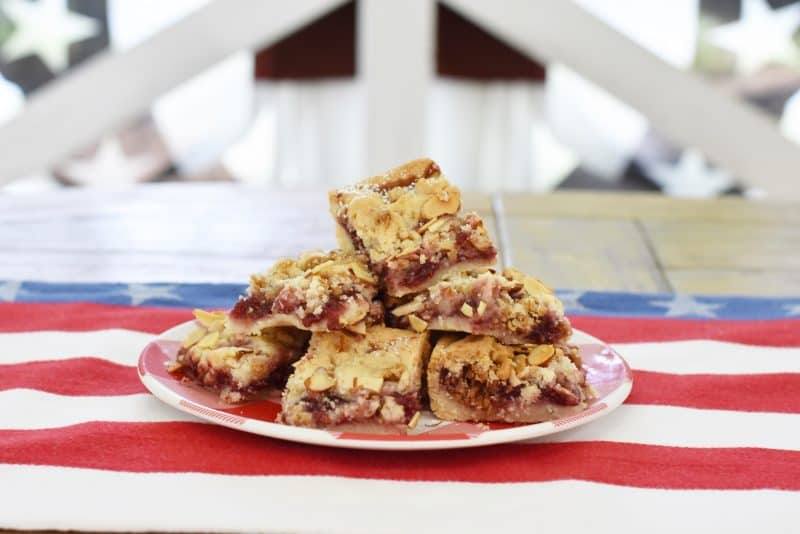 This recipe is also great for helpers.  No knives needed – just little hands to press and spread. 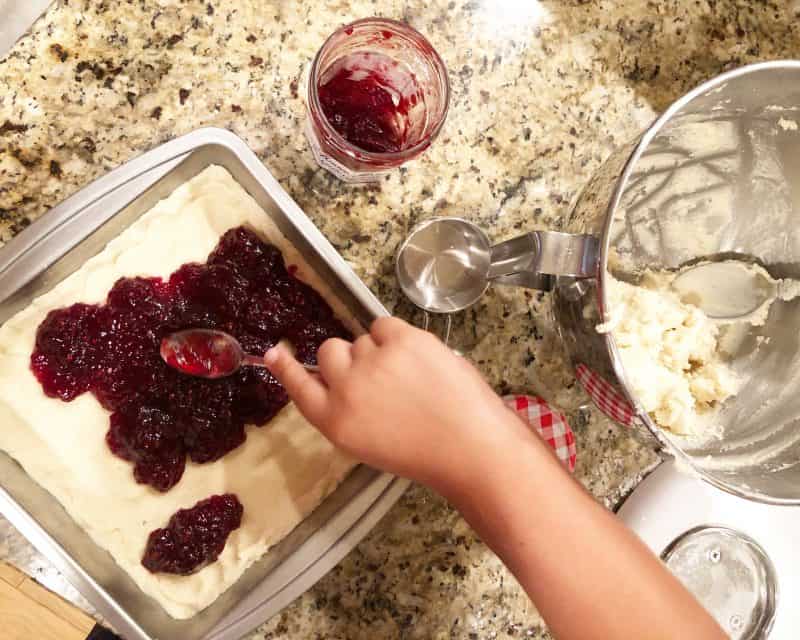 Foolproof remains my favorite cookbook ever.  I have made about 75% of the recipes over the years and they quite literally are Foolproof.  The only tweak I consistently make is to cut way back on the amount of oil suggested.  Other than that, they turn out delicious and perfect every time!

Have a great holiday!!!

3 thoughts on “Raspberry Bars for the Fourth”