I finally decided on and ordered hardware for the cabinetry in the master bathroom, as well as a few other fixtures.

First things first, the cabinet hardware!!!  I took a chance on these from Amazon since they were such a good price compared to others I’ve seen (and purchased in the powder room.)  They are beautiful and extremely heavy and well made.  I’m very happy with the choice!  I went with the 5″ length for both the vanity and the linen cabinet and am using the same style on both doors and drawers. 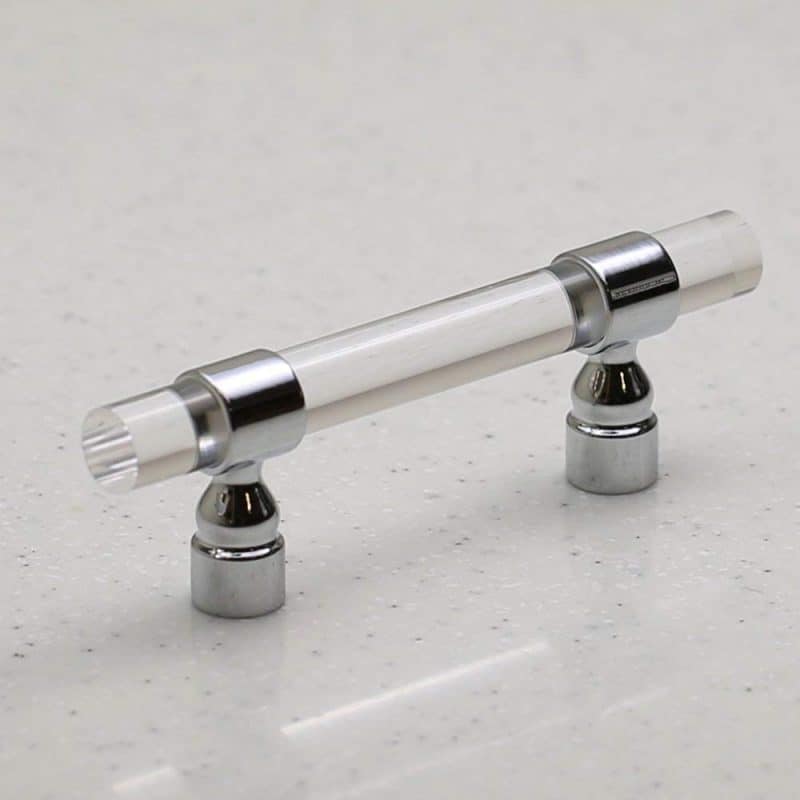 You might recall that one thing high on our wish list was a bathroom door.  :-)  I ended up choosing two smaller double doors with glass and I think they will be beautiful.  After a mix up with the vanity hardware, I had the “bright” idea to use the same hardware as dummy knobs for the double doors.  Since the bedroom side of the doors is all gold fixtures, I am using two gold finish pulls on that side.  Then, on the bathroom side of the doors I am using the same chrome finish as on the cabinets but in a longer size. 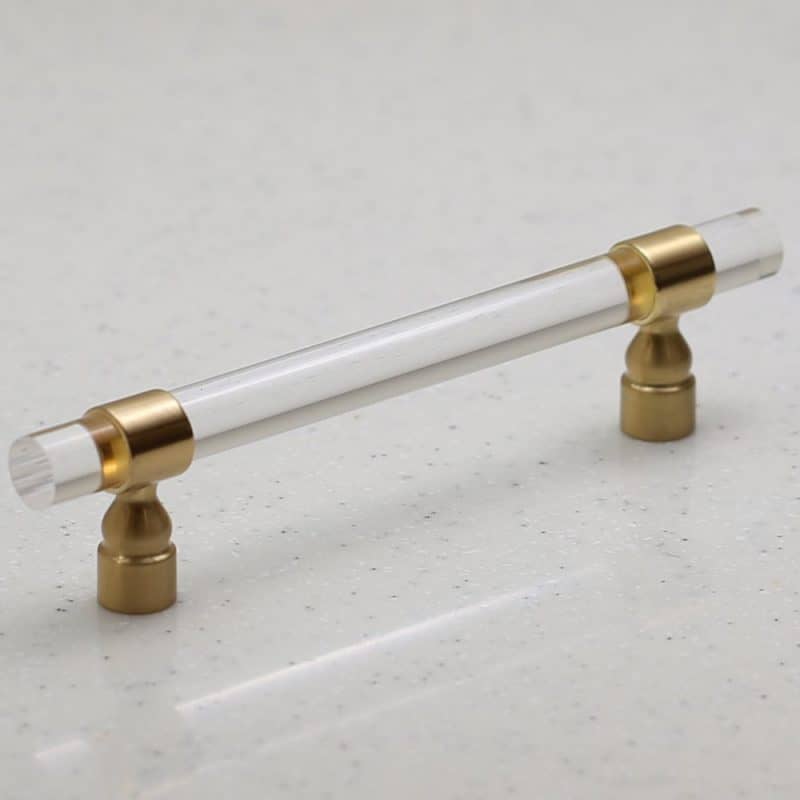 Towel Bars and Such

I have had a bit of a struggle figuring out what route to go here with the towels.  I love the look of pretty fluffy towels hanging nicely on a bar and also appreciate the practicality of hooks and basic everyday towels.  So…. I decided to do both.  (I think.)

On the wall near the shower and next to Honey’s vanity I chose a double towel bar.  I figure I can hang some pretty monogrammed towels here, as well as have room for his hand towel on the second bar.  These are part of the same collection as the faucets, for simplicity sake if nothing else.

Then, on the smaller wall next to my vanity I chose an 18″ single rod for my hand towel.

My thought is that I will use the hooks inside of the toilet room.  I have a bath towel, a hair towel, a robe, etc.  In the big blue bathroom we had stuff hanging from shower doors, nails in the wall, towel bars and draped over the tub surround.  So… I’m hoping to clean that look up.  A lot. 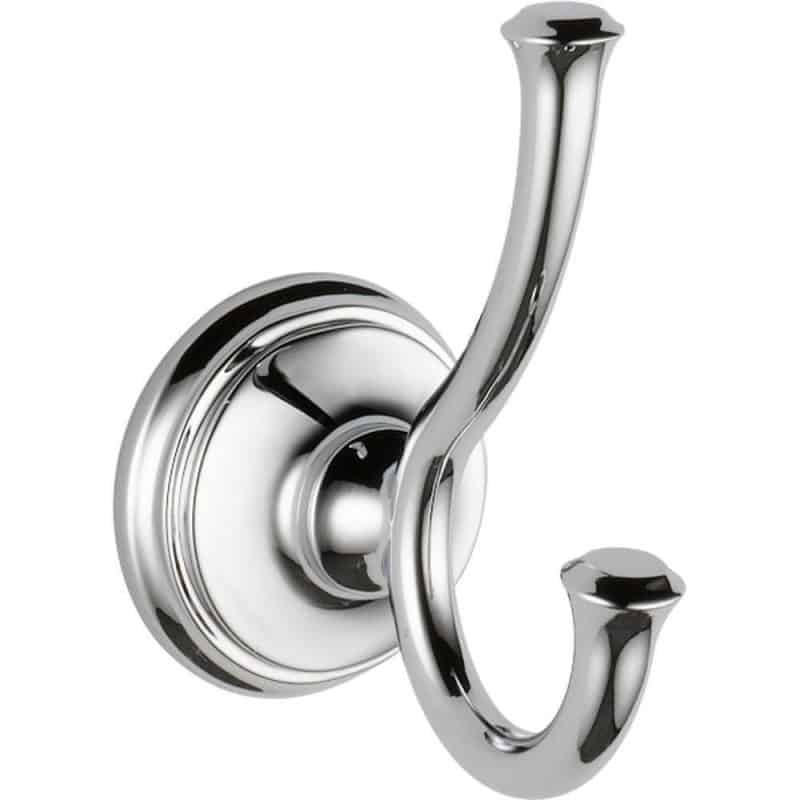 Now, for the piece de resistance… the toilet paper roller.  Honey has offered zero input on any bathroom choices, selections, design, etc. until it came to the toilet room.  His sole request up until this point has been an outlet. For a TV.  In front of the toilet.  (insert bulging eye emoji) When I was running through all these towel bars and hooks and knobs he couldn’t have cared less until we got to the toilet paper roller.  At which point he said “I’m going to need one that doubles as a remote control stand.”  I laughed until I cried and told him he might need to build that.  And then I looked on Amazon and found the perfect thing.  I thought about NOT sharing this but then I realized you would all see the TV as soon as I shared the first bathroom tour.  So, I figured it was best to let that little oddity out of the bag now.  Besides, Honey said he has no shame in his game. 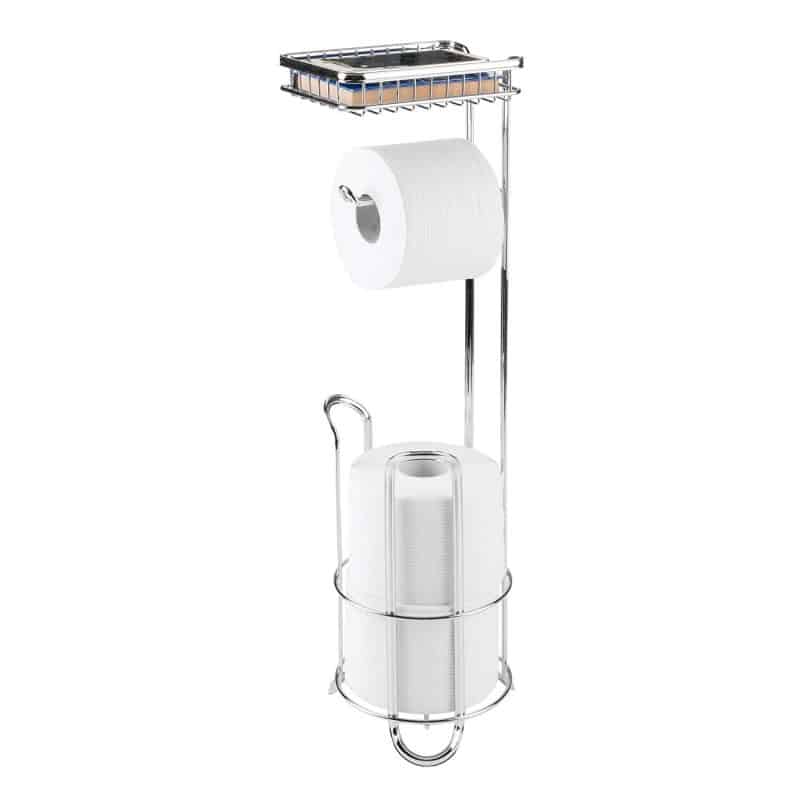 Here’s a little reminder of where we left off last week.  Master Bathroom {Week 3 Construction Update} 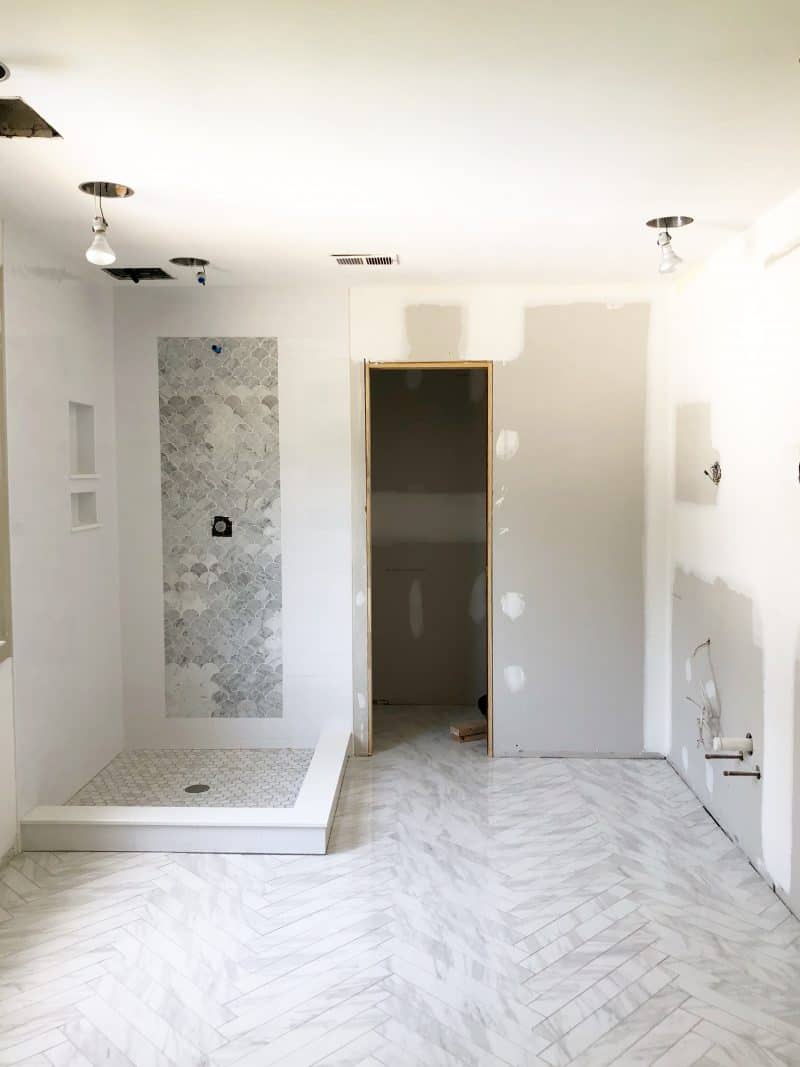 If you want to track along, you can see the choices we’ve already made here…

Following is contact information for the contractor we selected.

The tile has all been grouted (Is that a word?) and the dry wall crew is here now!  I’ll give a full update at the end of the week.